James “Doc” Delbert Brooks, a 20-year volunteer member of the Department passed away on Wednesday, January 15, 2014, after suffering a medical emergency while on duty the previous week.  Doc Brooks, 62 years-old, was a resident of Camp Springs, Maryland.  He was memorialized during a funeral service with full fire Department honors today.  Prior to arriving at the First Baptist Church of Upper Marlboro, a funeral procession left the Lee Funeral Home in Clinton and drove by the Allentown Road Volunteer Fire/EMS Department #832, Fort Washington Fire/EMS Station #847, Marine Fire Rescue Station 857 at Fort Washington Marina and the Clinton Volunteer Fire/EMS Department #825.

On Monday, January 6, Brooks, a member of the Prince George’s Volunteer Marine Fire Rescue, was winterizing the boats and station in preparation of record low temperatures forecasted for the following day.  Shortly after midnight, while still at the Marina located in Fort Washington, he experienced difficulty breathing and called 911.  Firefighters and paramedics arrived to find Brooks in cardiac arrest and immediately began pre-hospital care.  He was transported to a nearby medical facility and subsequently relocated to Medstar at Washington Hospital Center in “critical” condition.

Doc Brooks was surrounded by his wife, family members, and colleagues throughout his time in the hospital.  Jan Demeritt, Deputy Chief of the Volunteer Marine Fire Rescue, also maintained a constant vigil and was at his bedside when he passed.  “On behalf of the Brooks family, I want to thank everyone for their continued support during this difficult time,” said Demeritt. 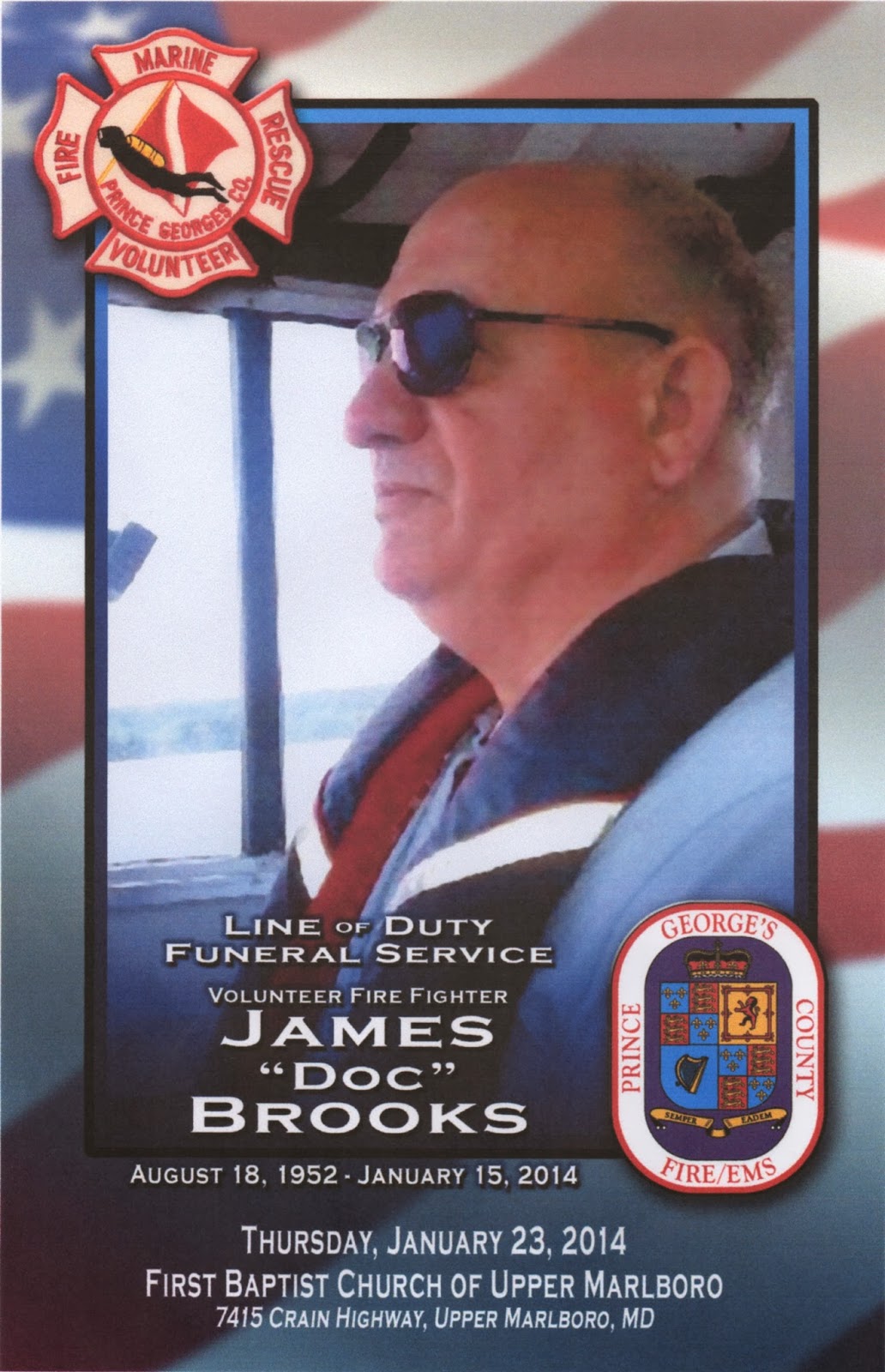 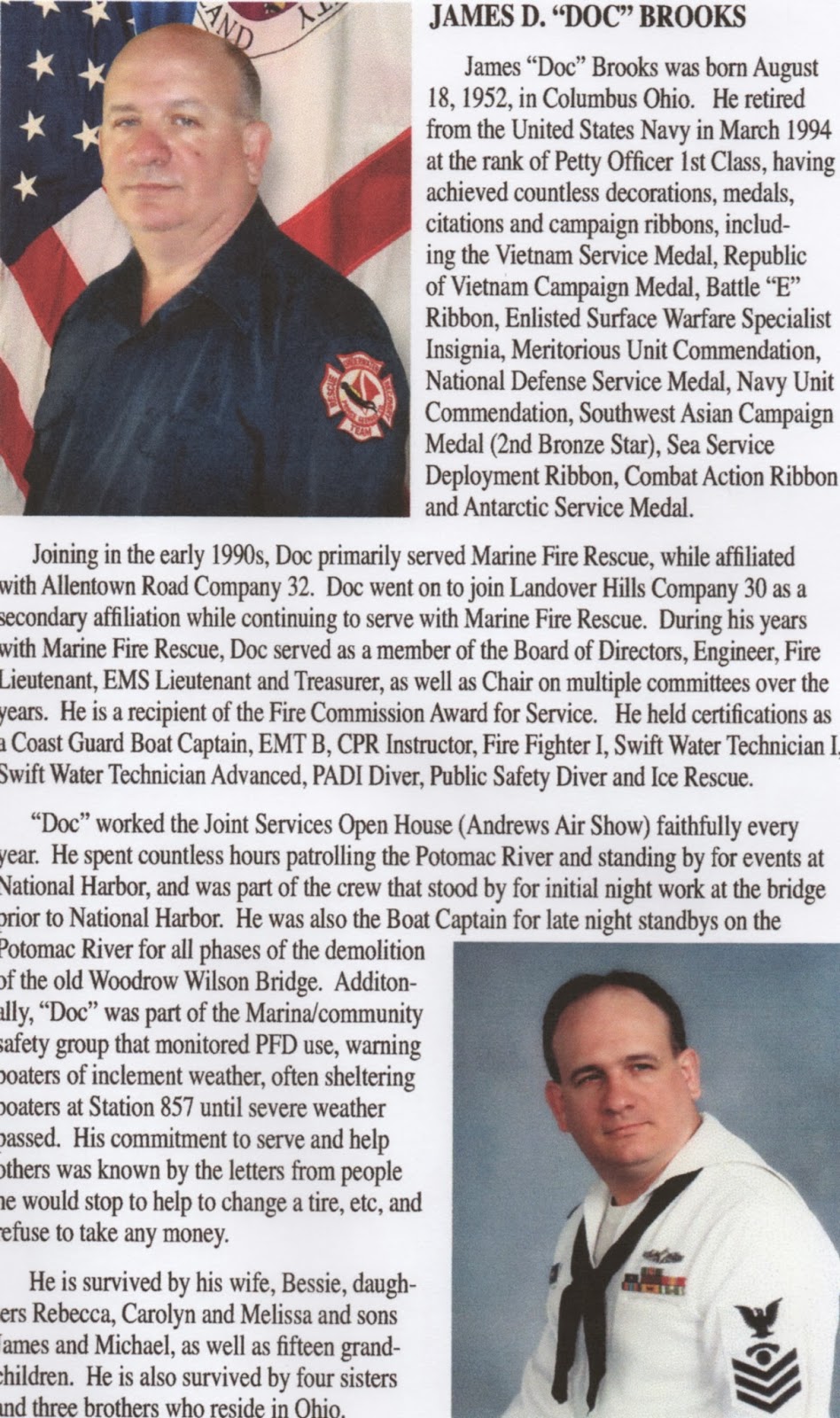 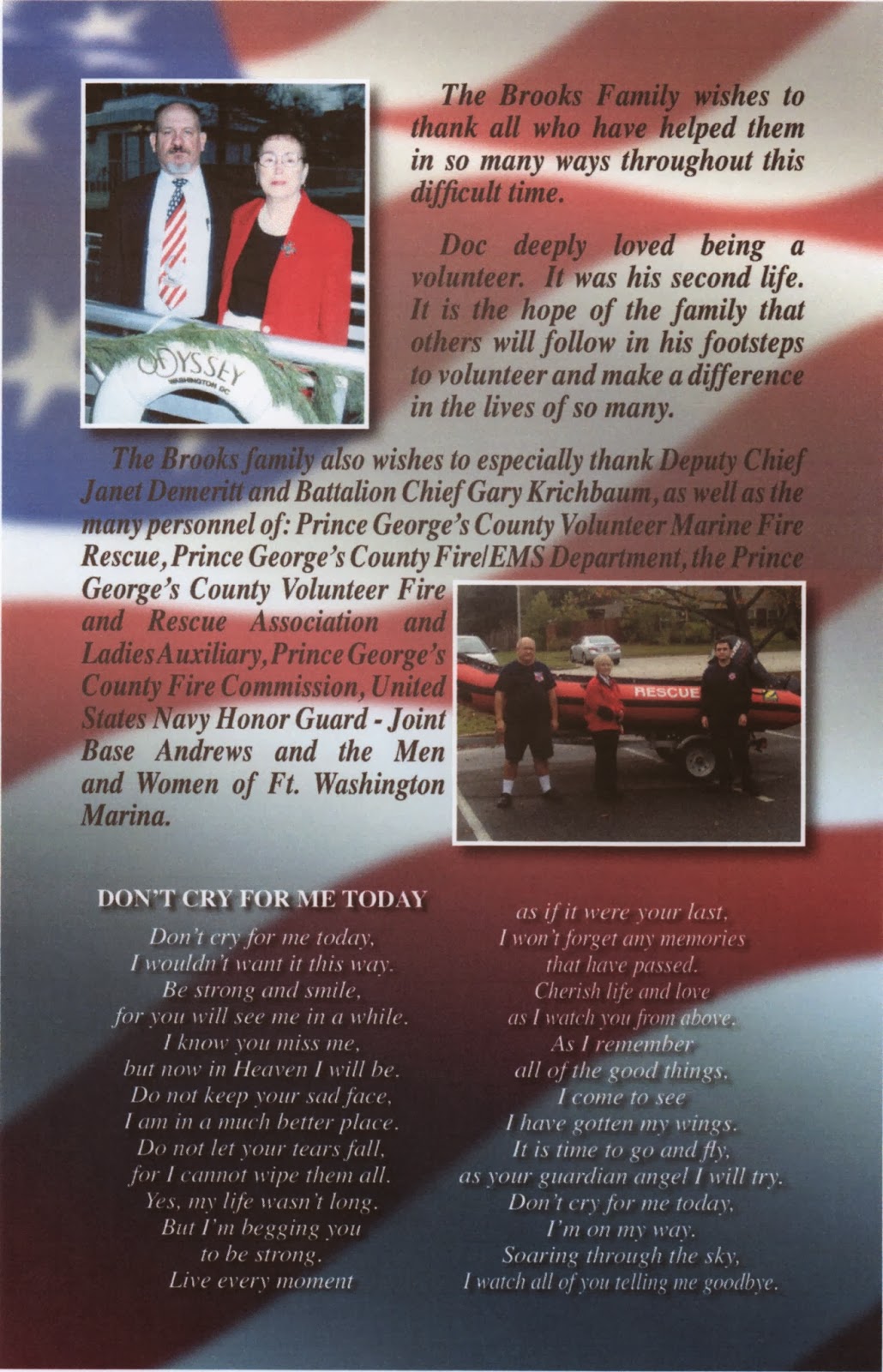 
Posted by PGFD at 6:58 PM No comments: Links to this post

Upper Marlboro, MD – Today, Prince George’s County Executive Rushern L. Baker, III announced he will host a series of three public budget hearings to present residents with an overview of the proposed FY 2015 Prince George’s County budget.  Residents are encouraged to voice their feedback and recommendations for consideration and incorporation into the overall budget during the public hearings.  The three locations conveniently encompass the northern, southern and central points of the County to ensure that residents county-wide have date and location options.

Citizens interested in testifying are encouraged to pre-register by calling (301)952-4547 or may go on line and register here.

We would like to hear from as many citizens and businesses as possible.  Comments will be timed and limited to three (3) minutes per person. All Budget Hearings will be streamed live on the County’s website atwww.princegeorgescountymd.gov on the dates scheduled below.

Posted by PGFD at 5:44 PM No comments: Links to this post