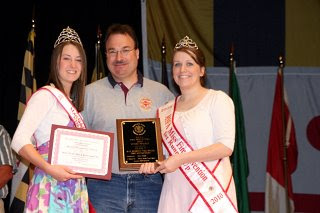 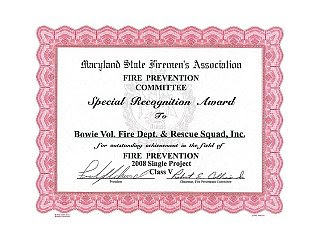 A parade of fire/EMS apparatus from across the State of Maryland and some surrounding jurisdictions was held. In addition to fire/EMS units there was fire prevention displays, marching bands, pipe and drums corps and numerous other groups participated in the parade that travelled up Philadelphia Avenue in downtown Ocean City. 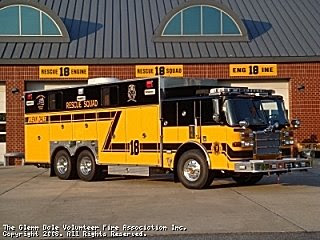 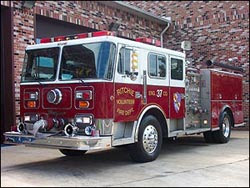 EMERGENCY APPARATUS” over 20 years old that is still in-service category. This award was for their entry and display of their 1987 Seagrave pumper. The same 1987 pumper also won an “Honorable Mention” for an engine, 1250 gallon per minute and over pumper category.


Prince George’s County Acting Fire Chief Eugene A. Jones stated, “Congratulations to Bowie, Glenn Dale and Ritchie for being recognized with awards in competition with other departments across the State. This recognition demonstrates the hard work and dedication of the volunteer membership of these corporations.” He also thanked the many members of the Prince George’s County Fire/EMS Department that assisted in the planning, coordination and execution of the MSFA Convention week’s activities. “This was my first year where I saw first-hand the amount of work it takes to make this convention a success. I congratulate and thank our membership, volunteer/career/civilian, which worked together in this effort.”
Posted by PGFD at 10:56 AM No comments: Links to this post