Firefighters from the Beltsville area were alerted to a house fire just after 10:00 am, Friday, June 27.  Firefighters arrived to find a fire in a 1-story single family home in the 4500 block of Broad Boulevard.  Upon arrival smoke and fire was showing from what appeared to be a bedroom window.

A working smoke alarm alerted the occupants to the fire and they escaped safely, however, 2 of their 4 dogs were unable to escape with them.

Firefighters advanced hose lines into the house and to search for any trapped occupants.  The fire was quickly extinguished by first arriving firefighters and search crews located both dogs that had retreated to their "safe place" in the basement of the house.  The dogs were exposed to some smoke and reported lethargic.  Once outside the dogs were provided with oxygen via K9 masks that had been donated to the Department.  The dogs quickly became alert and were turned over to their owners in good shape.

The cause of the fire is undetermined.  The fire appears to have originated in an area of a bedroom where a window air conditioning unit was plugged in to an electrical outlet.  The fire caused an estimated $20,000 in estimated fire loss.  No human injuries were reported.

The occupants; 5 adults, 2 children and 4 dogs, will be displaced.  The Red Cross is standing by to see if their assistance will be needed.

It's important to note that the working smoke alarm alerted residents to the fire.  This early warning allowed occupants to escape uninjured and enabled early notification to the Fire Department which arrived and limited fire extension to other parts of the house.  The risk to firefighters were reduced with all human occupants outside and the fire was quickly controlled.  Working Smoke Alarms Save Lives and reduce the risk to Firefighters.

This incident involving the family pets is the type of scenario where if the homeowners were not immediately available, the pets would have been taken to a nearby veterinary hospital where treatment would have been initiated.  This program is a joint effort between the Fire/EMS Department and SPCA called the "Sparky Fire Fund."  For additional information on this program, click here. 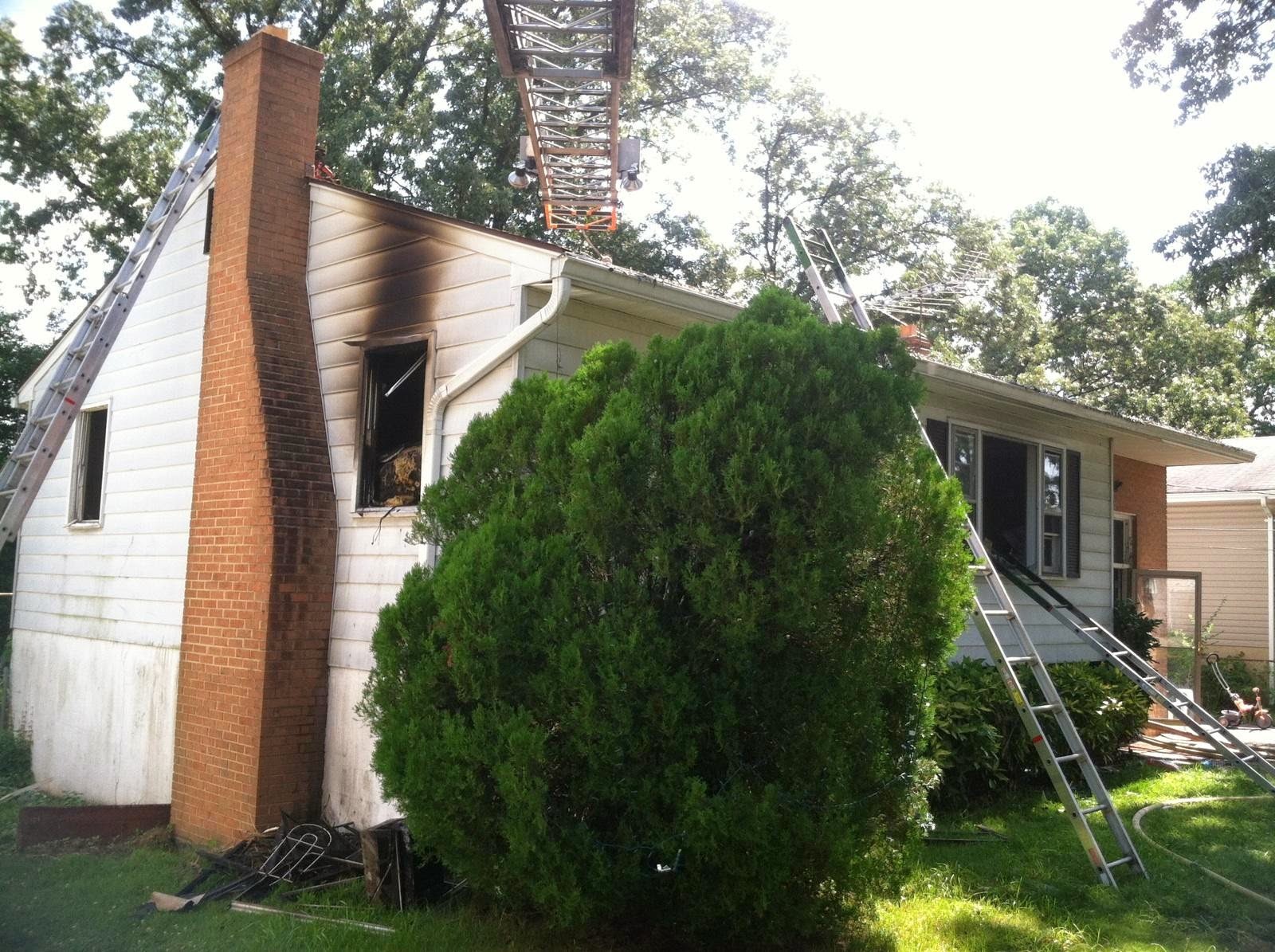 Posted by PGFD at 1:34 PM No comments: Links to this post

Any citizens wishing to join us may do so respectfully and safely from the shoulder of the road behind the Fire/EMS Apparatus.

SSgt. Stewart joined the Marine Corps in 2000 as a reservist. In 2004 SSgt Stewart was mobilized in support of Operation Iraqi Freedom. It was at this time SSgt Stewart and his wife Krissy made the decision that he was meant to be an active duty Marine. He has remained on active duty since that time. 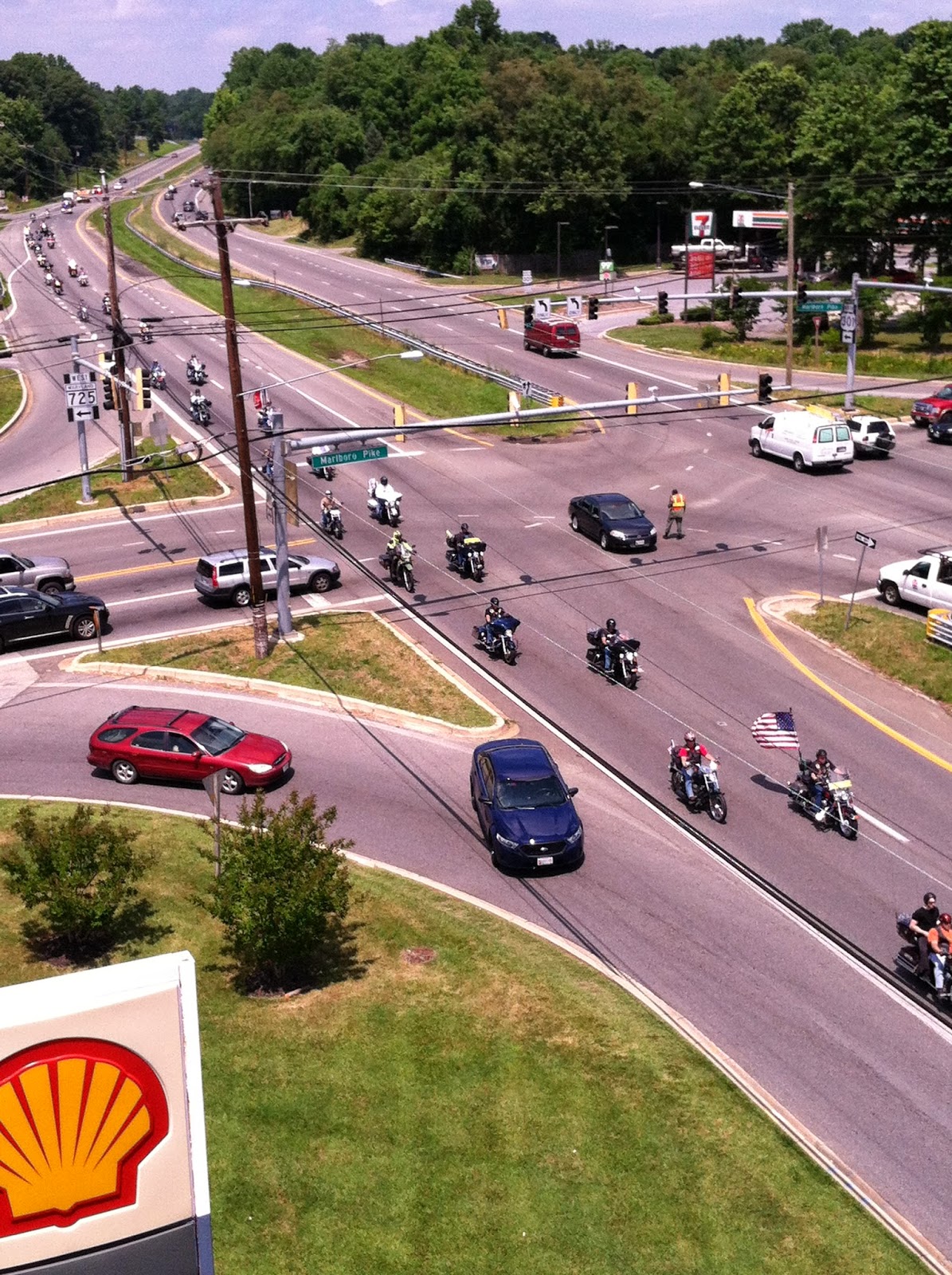 A funeral service will be held at 1pm Tuesday, July 1 at the Quantico Marine Base Chapel. Burial will follow at 2:30pm at Quantico National Cemetery. 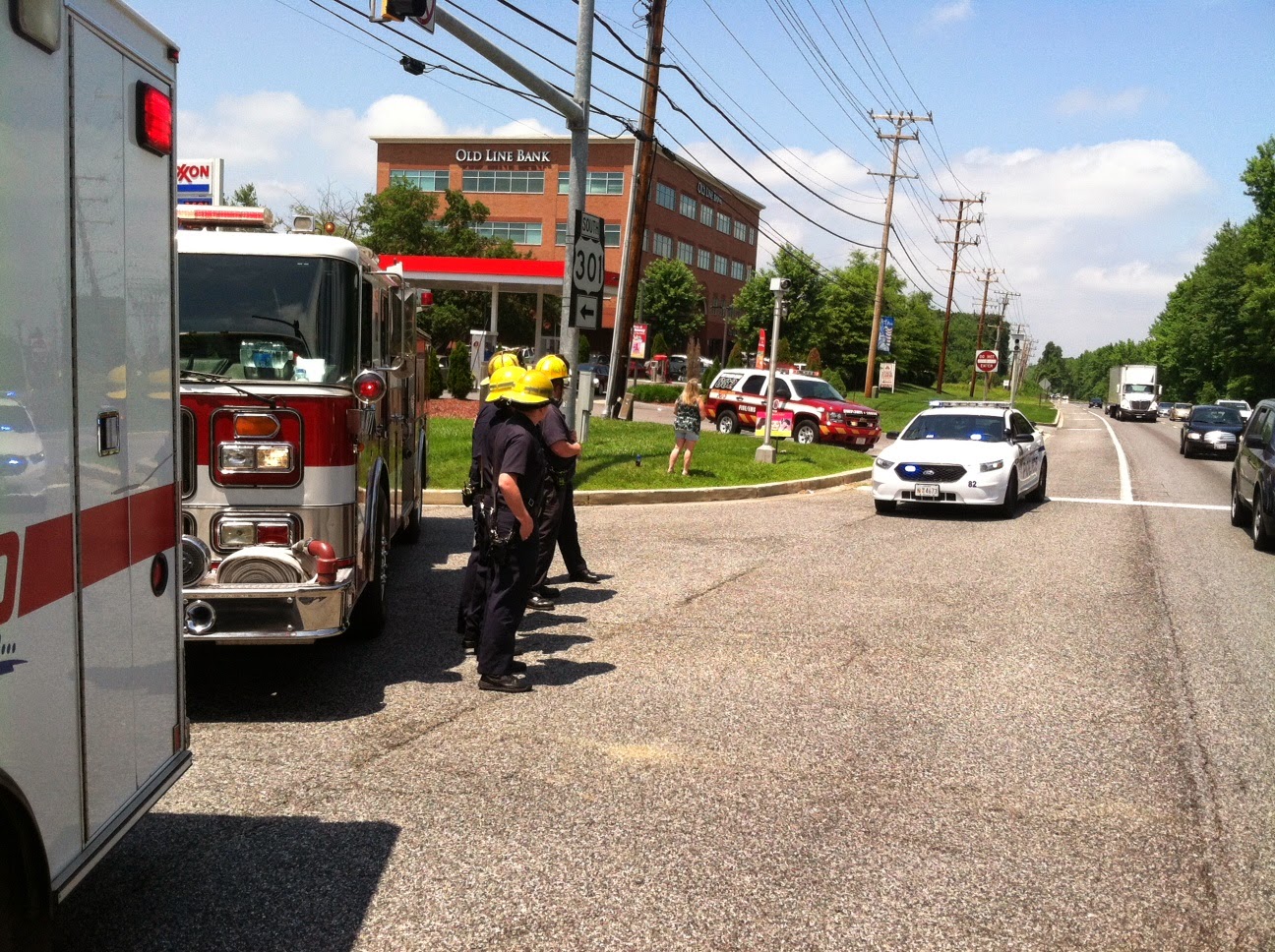 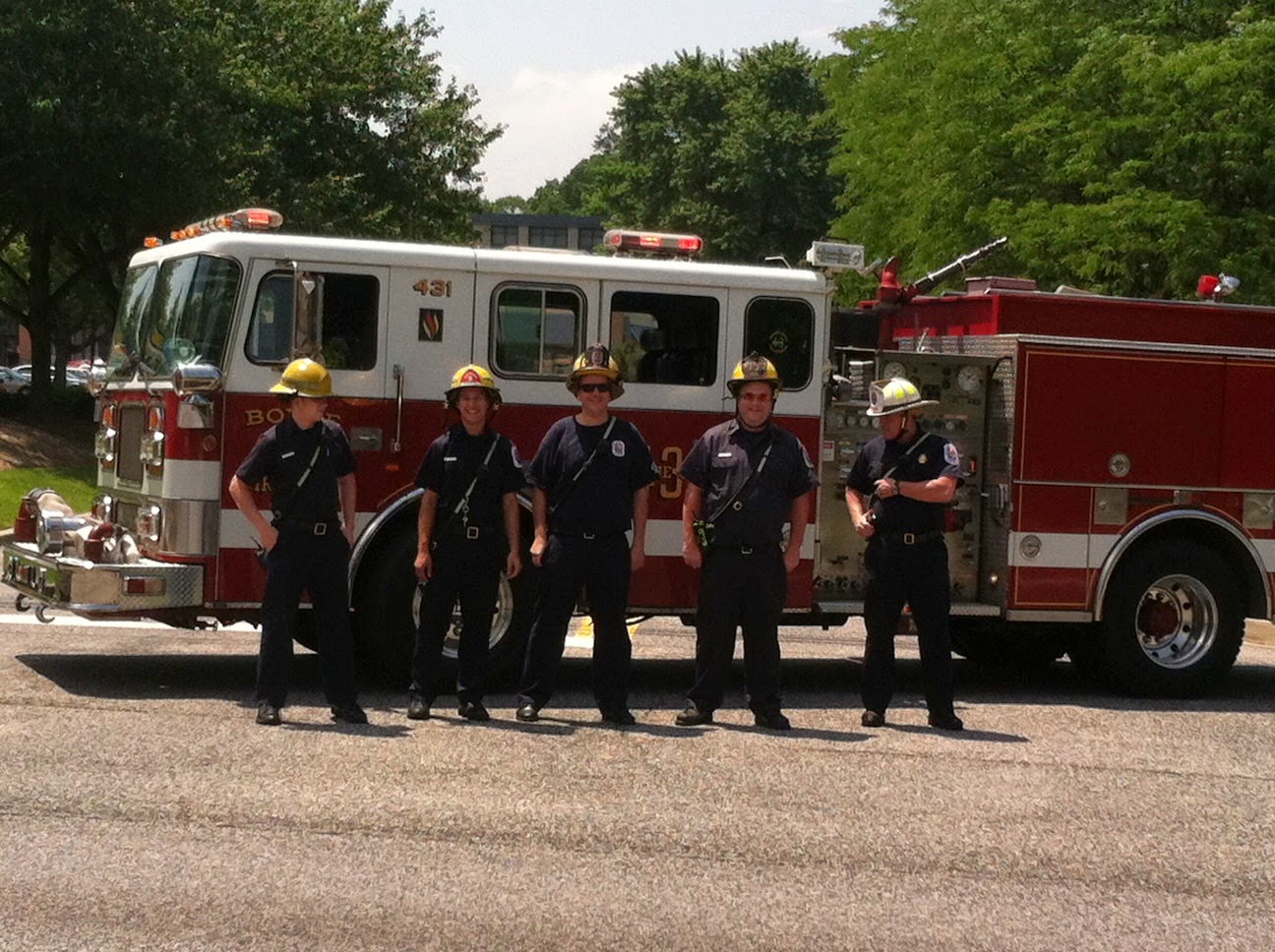 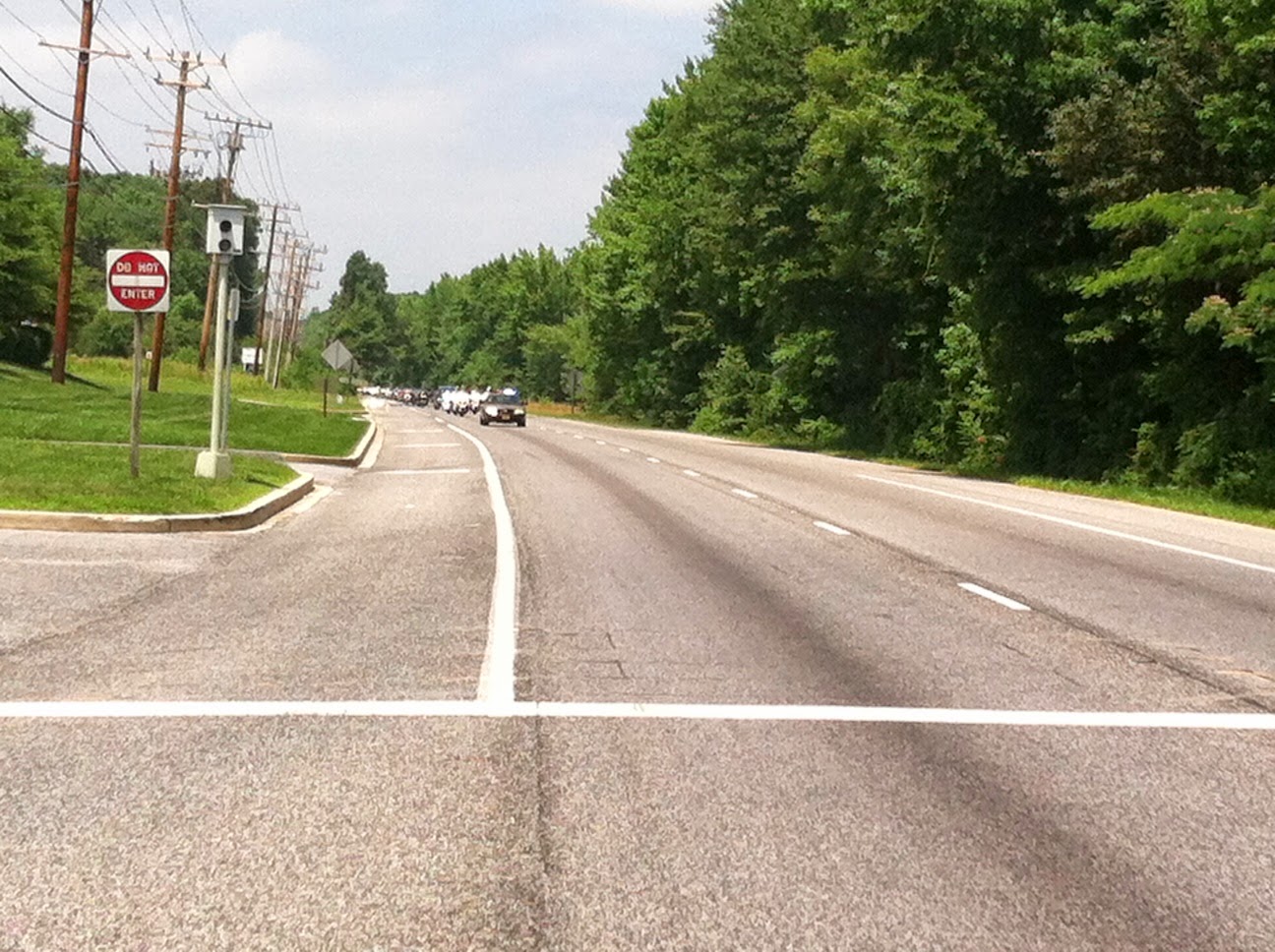 Posted by PGFD at 12:54 PM No comments: Links to this post

Prince George’s County Fire Fighter/Medic Technician Katherine P. "Katie" Johnson has never turned down an athletic challenge.  Some of her past competitions include a Flugtag team member, Iron Team Challenges, Sand Work, and she participates in distance runs and any other sport fitness event she can find.  Katie also assists with the Candidate Physical Ability Test (CPAT), a challenging process undertaken by candidates vying for a career with the Prince George’s County Fire/Emergency Medical Services (EMS) Department.  This past April, Fire Fighter/Medic Technician Katie Johnson, currently assigned to the Applicant Investigative Group in Capitol Heights, was awarded a Fire/EMS Department Gold Medal for Excellence in EMS Care and named the 2013 Paramedic of the Year.


Fire Fighter/Medic Technician Johnson is one of only a hundred firefighters selected as a contender in a nationwide challenge, “The Firefighter Throwdown.”  She will represent the Fire/EMS Department in the competition, which was created to give physically fit, enthusiastic, and competitive firefighters the opportunity to compete on a national level in the Sport of Fitness.  The goal is to provide firefighter athletes an avenue to showcase their skills and fitness levels—no matter the athlete’s age, sex or geographic location.


The new age of firefighting is upon us, where health, nutrition, wellness, and athleticism are integral parts of our lives. This commitment, in turn, helps to save lives by providing the profession with the leanest, meanest, performance-based firefighters the profession has ever seen.

In a recent interview, Katie Johnson said, "Over my career, I have been promoted to the rank of Technician, certified as a State Fire Instructor, and obtained an Intermediate Paramedic status.  I have an active role in our Department’s physical fitness program and strive to maintain a positive image for aspiring firefighters in our Mentorship program.  My two young boys are part of my personal motivation.  They cheer me on during competitions and are my whole reason for striving to be the best mom, wife, firefighter, and friend."

The 2014 Firefighter Throwdown is an invitational event and is being staged at Fire Rescue International at the Kay Bailey Hutchison Convention Center in Dallas, Texas, August 15th &16th.

Four diverse, torturous cross fit workouts of the day (WODs) have been selected by David Bowman, five-time Grand National Champion for the Firefighter Combat Challenge and top three in the world/over 40. This event is NOT for the uninitiated, the weak, or soft. This is guts and glory and you need to be in top physical shape to even be considered as a competitor.

Although Fire Fighter/Medic Johnson will be representing PGFD at the Firefighter Throwdown, she is primarily responsible for expenses associated with her participation this event, i.e. airfare, hotel, and food.  Therefore, I am seeking sponsors and/or donations to assist with the costs.   Since I initially presented this challenge to Katie and suggest she consider participating, I am making the first donation.   To support Katie's road to The Firefighter Throwdown, click here.

Thank you for your support.

For additional information on The Firefighter Throwdown,” you may visit their website by clicking here. 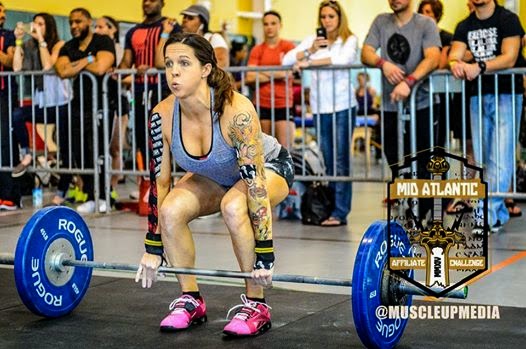 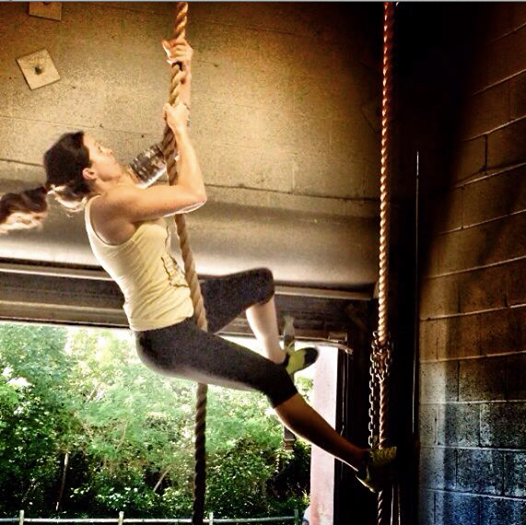 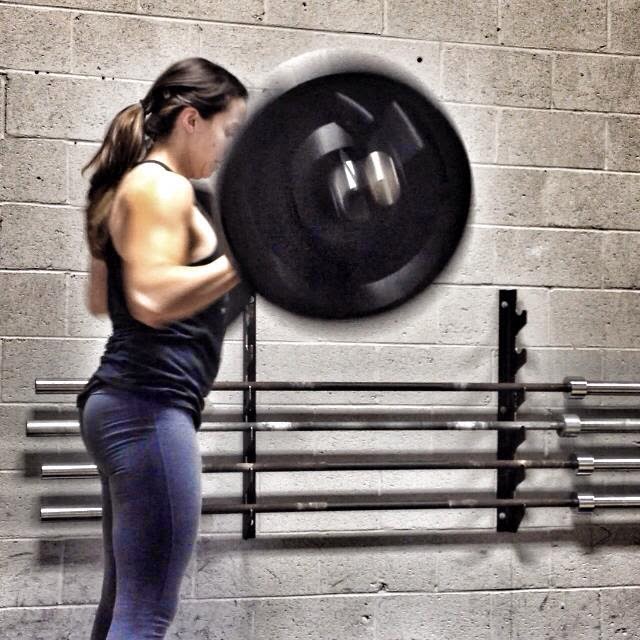 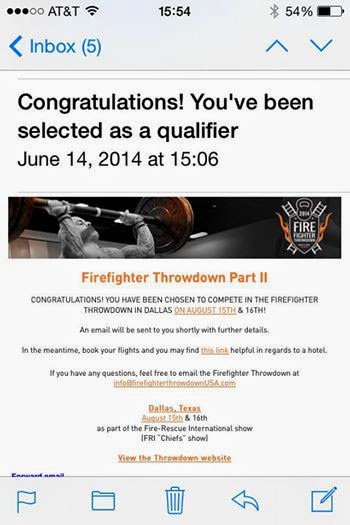 Posted by PGFD at 12:23 PM No comments: Links to this post

Two Injured Members Still on the Road to Recovery

Two well-known and long-time members of the Prince George’s County Fire/EMS Department sustained injuries on the job recently that have them both still recovering.

Fire Fighter Don Purdy was injured when the Baden Engine he was on hit a large, unexpected, unmarked speed bump.  Volunteer Fire Fighter and Citizen Services Unit member Steve Stearns was injured when his parked vehicle was struck from behind while he was assisting the Maryland State Police with scene illumination.

Both sustained injuries to their back and necks.

I had the occasion to call and check on Purdy and Stearns and chatted with each for a few minutes.

Fire Fighter Purdy sustained his injuries on the afternoon of June 16 while riding as the officer-in-charge on the way to set up a landing zone for a Maryland State Police Helicopter.  Both Purdy and his driver were transported to a hospital.  The driver sustained less serious injuries.   Purdy remains off-duty and says he is doing OK.  He told me he is following doctor’s orders to “take it easy.”  Purdy sustained compression fractures in his C11, C12 and L1 and attends regular follow-up visits with medical professionals.  He writes updates on his Facebook page, which can be found by clicking here.

Purdy and his doctor feel a return to full duty by August 1 is a realistic estimate.  He thanked everyone for their concern.

Steve Stearns is a volunteer member at Kentland Fire/EMS Department.  He is also one of the Departments Volunteer Safety Officers and also provides his time, with no compensation, as a Citizen Service Unit (CSU).  Steve and Billy McNeel are the only two CSU’s that are on call 24 hours a day.  Of course, their personal schedule comes into play and could affect their availability.  The CSU’s assist the Fire/EMS Department with many tasks, some of which include connecting displaced residents with the American Red Cross, handle matters of housing with apartment/condo management and have the ability to provide much needed resources to incident scenes.  They are also called to assist Police Departments with scene lighting at all hours of late nights and early mornings.

It was on the scene of a motor vehicle crash on the Capital Beltway on May 10 that Steve sustained his injuries.  An intoxicated driver slammed into the rear of his parked CSU vehicle.  Stearns was in the front seat when the collision occurred and suffered injuries to his C6-C7 discs in his neck.   He is still under a doctor’s care and recovering from his injuries.  Steve has since returned to his daytime job but has not received medical/Department permission to return to his Fire Department and CSU duties.

The Fire/EMS Department wishes both Don and Steve the best of luck in their recovery process and hope to see them back on the job as soon as they are healthy.

Posted by PGFD at 10:09 AM No comments: Links to this post