Prince George’s County Firefighters handled two home fires dispatched just minutes apart on Tuesday afternoon, September 14, 2010. The fires were in Riverdale Heights and Largo and in the basement of each home. The incidents are not believed to be connected.


At 1:52 pm, firefighters from Riverdale Heights and surrounding communities were alerted to a report of smoke in a house. Firefighters from Riverdale Fire/EMS Station #807 were the first to arrive and saw no evidence of smoke or fire, however, upon further investigation announced a working fire in the basement. Once located, the fire was quickly extinguished and contained to the area of origin. The cause of the fire is under investigation. No injuries were reported. The family will be able to remain in the residence.

At about 2:10 pm, Fire/EMS units from the Largo area responded to a 911 report of a basement fire in a 2-story, split-foyer, single family home. The first arriving engine from Largo Fire/EMS Station #846 advised of “smoke showing” and encountered a working fire in the basement. The fire had minimal extension up to the first floor while 30 firefighters operated for nearly 50 minutes before knocking the fire down. A thorough search of the house was conducted as hose lines were stretched into the basement to attack the fire. The cause of the fire is under investigation and preliminary fire loss is estimated at $60,000. No one was home and no injuries were reported.

The damage is enough to cause temporary displacement of the family.  The Fire/EMS Departments Citizen Services Unit is on location assiting the family.

Pictures and video are of the Bannington Drive Fire 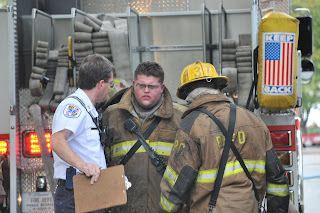 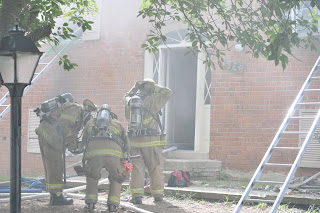 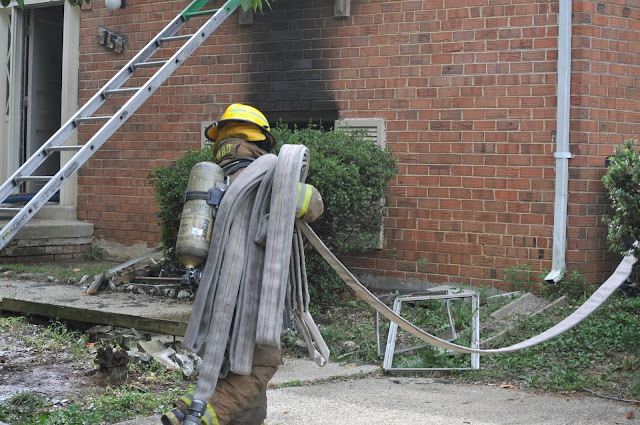 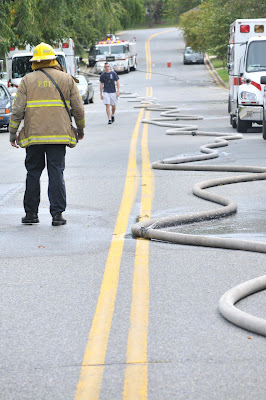 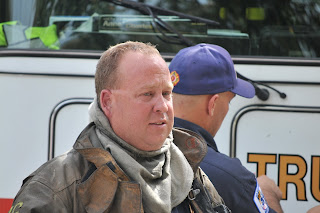 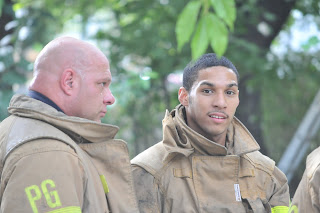 Posted by PGFD at 3:57 PM No comments: Links to this post