A fire in a Greenbelt apartment building was quickly extinguished early this morning.  At around 12:45 am, Wednesday, December 21, Prince George’s County Firefighters responded to a 911 report of an apartment fire at 7800 Hanover Parkway in Greenbelt.  Firefighters arrived to encounter fire coming from the second floor of the 3-story garden style apartment building.  The fire was rapidly extending to the third floor and attic area so a 2nd Alarm was sounded bringing additional staffing and resources to the scene.

The initial arriving firefighters commenced with an interior attack on the fire and simultaneous search for any occupants still inside.  The fire was quickly extinguished and all occupants were able to safely evacuate the building after being alerted by working smoke alarms.

The cause of the fire is undetermined and fire loss is estimated at $75,000.  Two apartments sustained significant fire damage, however, the entire building is uninhabitable and all occupants will be displaced.  18 adults, 13 children, 7 dogs, 4 cats, 1 large snake were displaced and the American Red Cross provided assistance.

With the fast work by first arriving firefighters in extinguishing the fire the 2nd Alarm resources were never fully utilized.  No civilian or firefighter injuries were reported. 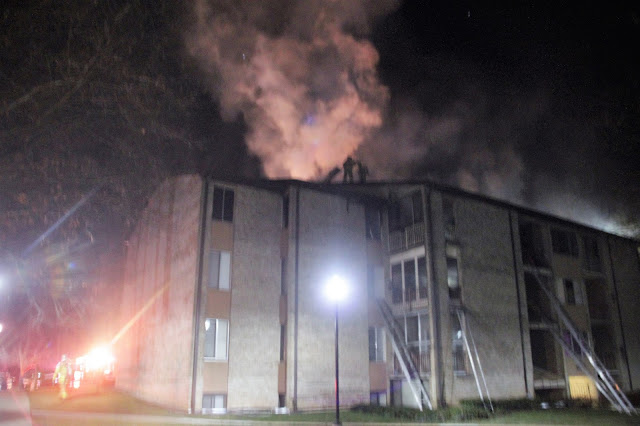 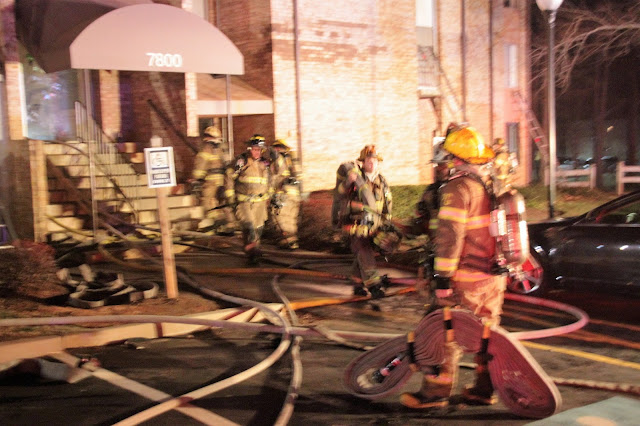 Posted by PGFD at 10:18 AM No comments: Links to this post