An off-campus home rented by University of Maryland students suffered significant damage and one firefighter was injured in a fire that occurred at about 4:30 this morning.  Firefighters from College Park and surrounding stations responded to the 7400 block of Dartmouth Avenue and arrived to find a 2-story, 1,600+ square foot home with heavy fire showing from the roof.

Working smoke alarms had sounded a warning alerting and waking up the six occupants in the house.  The occupants escaped the fire prior to our arrival and were not injured.  The County Citizen Services Unit and the American Red Cross was assisting the students with temporary shelter.

Firefighters performed a quick search of the homes interior to ensure all occupants had made it outside. The fire burned so intensely that interior operations were jeopardized and all firefighters were removed to the safety of the homes exterior where the fire fight continued.  Once the bulk of the fire was knocked down firefighter re-entered the structure to complete the extinguishment.  Firefighters had the fire extinguished with 45 minutes of arrival.  One firefighter sustained minor burn injuries to both wrists and was transported to the Burn Unit at Med Star Washington Hospital Center.  No other civilian or firefighter injuries were reported.

Fire Investigators continue their search for the cause of the fire and remains under investigation.  Fire loss is estimated at $200,000.

This image was captured by John Guyton, a volunteer chief at the Adelphi Fire/EMS Station 834 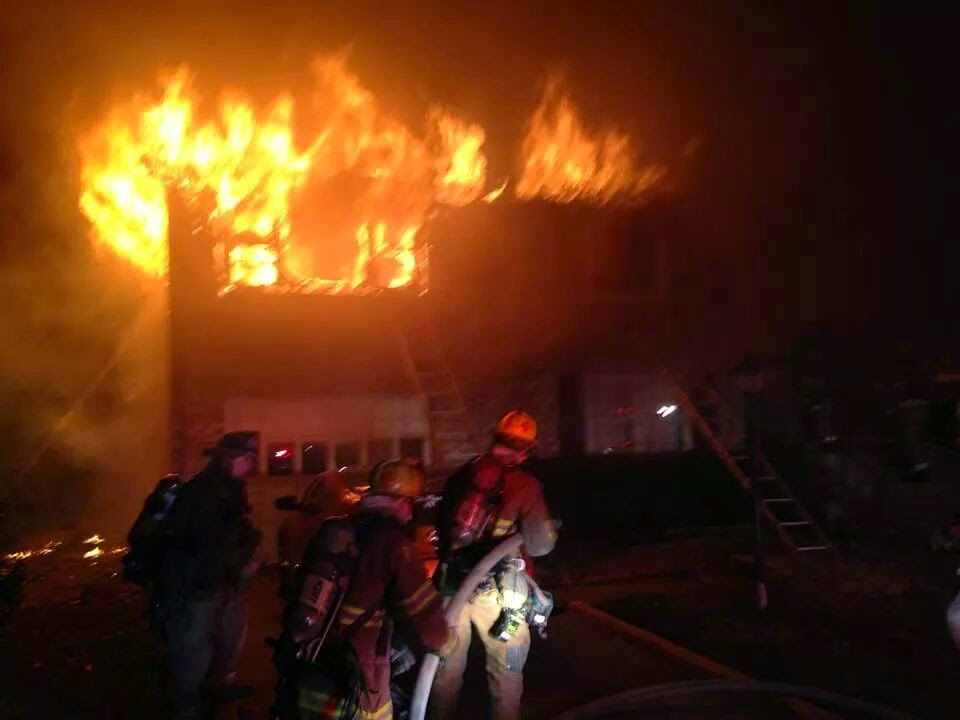 Posted by PGFD at 9:25 AM No comments: Links to this post