Residents in the Kentland-Palmer Park communities were visited by firefighters knocking on their door Wednesday morning, September 19. It was not for an emergency, it was to help prevent an emergency!!!  The Kentland-Palmer Park Transforming Neighborhoods Initiative (TNI) Team conducted door-to-door fire safety inspections within the community. This effort was supported by recruit firefighters that are currently attending the Fire/EMS Department’s Training Academy, volunteer firefighters from the Kentland Fire/EMS Station #833, Departmental of Environmental Resources and County Executives Office.  Dozens of homes were inspected with smoke alarms either refreshed by a new battery or a new one installed.  Some homes were also provided with a carbon monoxide alarm and every home received fire safety and additional handout materials aimed at improving their communities.


This effort was conducted within the Kentland-Palmer Park community and is part of County Executive Rushern L. Baker, III Transforming Neighborhoods Initiative.  The TNI focuses on six specific communities, the overarching goal of the TNI is to achieve and maintain a thriving economy, great schools, safe neighborhoods and high quality healthcare by utilizing cross-governmental resources in target neighborhoods that have significant and unique needs.

Fire/EMS personnel and TNI/Agency representatives met at the intersection of Columbia Place and Flagstaff Street at 10:00 am, divided into teams and went door-to-door, one home at a tim.

All homes in Prince George's County can have this same service provided. Please call our Safety First program at 301-864-SAFE (7233) and a firefighter will visit your home and install these life saving devices for you. free of charge. 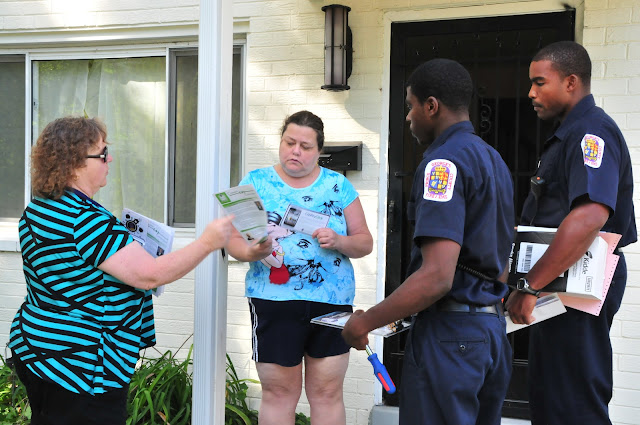 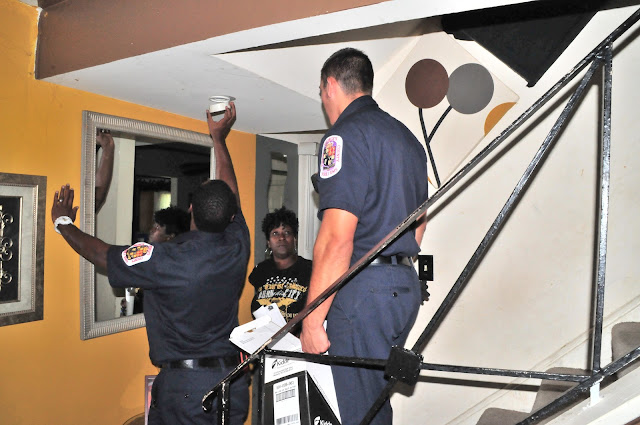 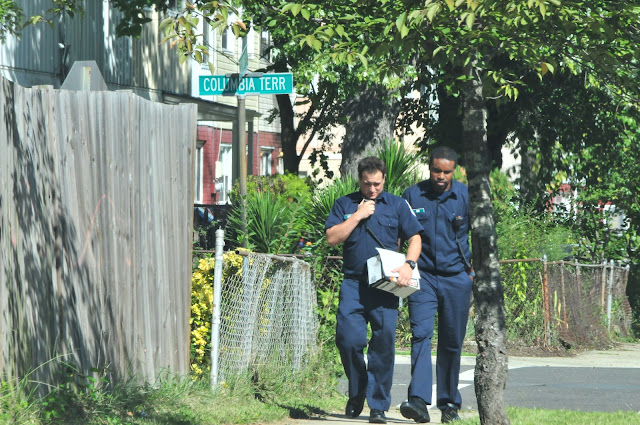 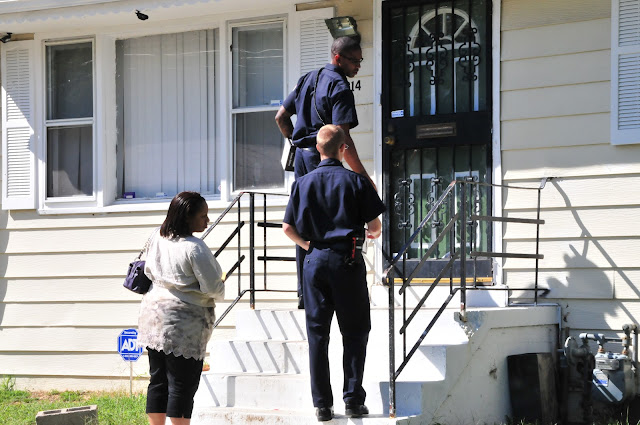 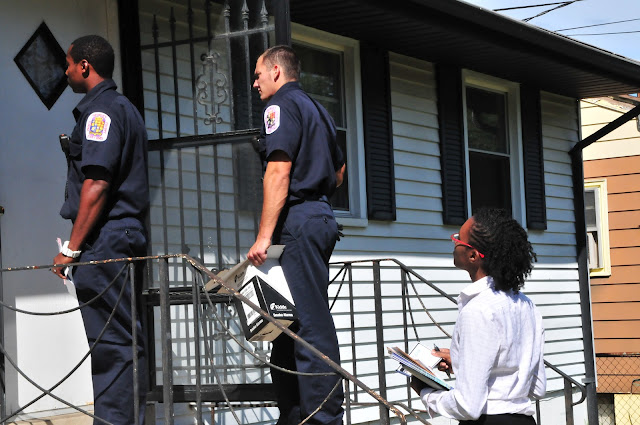 Posted by PGFD at 1:48 PM No comments: Links to this post 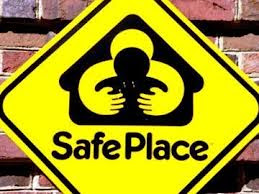 As with many public safety facilities across the Country, Prince George’s County, MD, Fire/Emergency Medical Stations (EMS) are considered a “Safe Place” or "Safe Haven." In addition to being a facility whereas an adult can surrender a baby within 72 hours of birth, our Fire/EMS Stations can provide temporary shelter to youth and adults with nowhere else to go for help. Fire/EMS personnel will provide assistance in the form of notification to the appropriate agency that can assist the person and arrange for transportation to that agency or facility.

This morning, a female middle school student felt threatened by a man in a car that was following her while she walked to school.  She went inside the Riverdale Heights Fire/EMS Station #813 and sought assistance from firefighters.

Notification was made to Public Safety Communications of the situation and police officers were immediately dispatched.  The firefighters kept the youth in an office with a female firefighter until police arrived.  Once on the scene the police handled the remainder of the incident.

While we can not share any additional details of this particular incident I feel it is important to note that this youth sought safety at a Fire/EMS Station.  Every child and adult should know that our community facilities are considered "Safe Places" and "Safe Havens" and should always be considered as a place to seek safety, refuge or a place to turn if they find themselves helpless with no where else to go.

This youth found a safe place at a Fire/EMS Station and experienced a positive reaction to what she felt was a threatening situation.

No additional details about this incident are available from the Fire/EMS Department.

Mark E. Brady
PGFD PIO
Posted by PGFD at 9:33 AM No comments: Links to this post

Around 4:00 am, Thursday, September 20,  Firefighters from the Bowie area responded to the 3500 block of Moylan Drive for a report of a possible building fire.  Firefighters arrived to a 2-story former school building that has been converted into a YMCA.

Quick extinguishment by firefighters limited the extension to portion of the roofline and the majority of the fire was contained to the exterior.  All searches for occupants were negative.

The cause of the fire is under investigation and fire loss is estimated at $50,000. No injuries were reported.


Posted by PGFD at 7:00 AM No comments: Links to this post