Two weeks to the minute a moment of silence was held during a Candlelight Service for Fire Fighter/Medic Lieutenant John "Skillet" Ulmschneider.  Two weeks ago at 7:51 pm is when a radio transmission was made calling for help and that shots were fired.

The Candlelight Service was conducted at the Firefighter Memorial located at the Cranford-Graves Fire Services Buildig in Landover Hills.

The name of John E. Ulmschneider was etched into the memorial earlier Friday and unveiled for the family at the conclusion of the service. 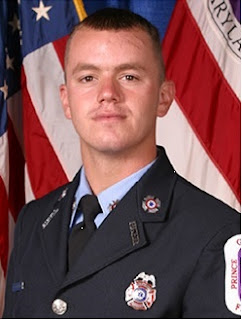 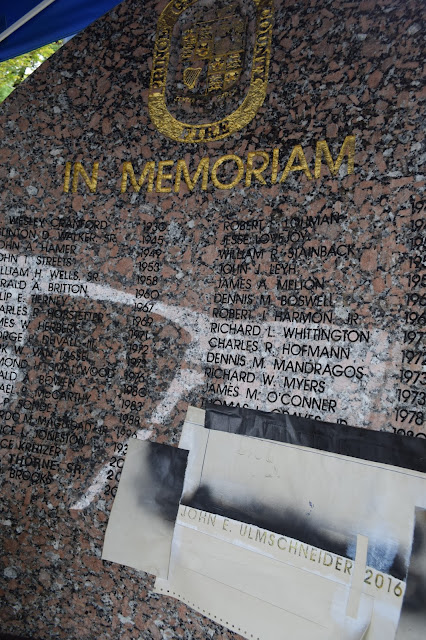 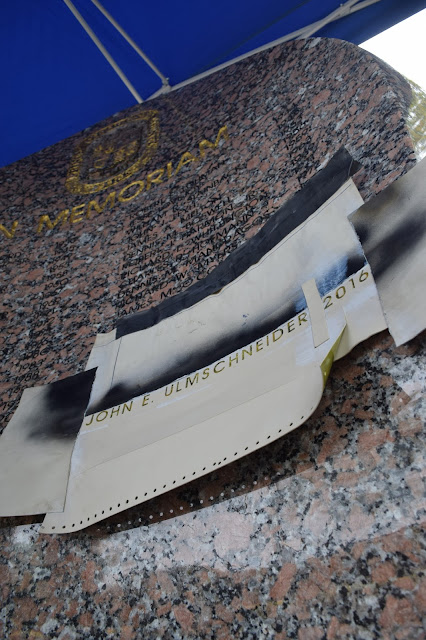 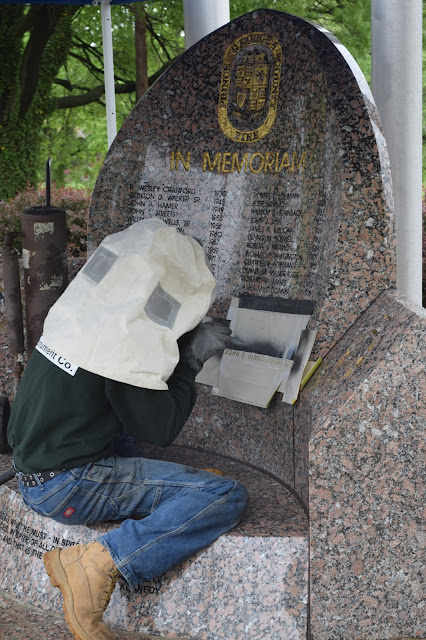 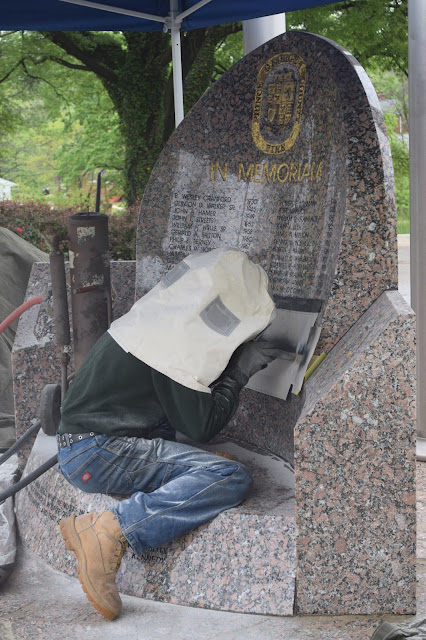 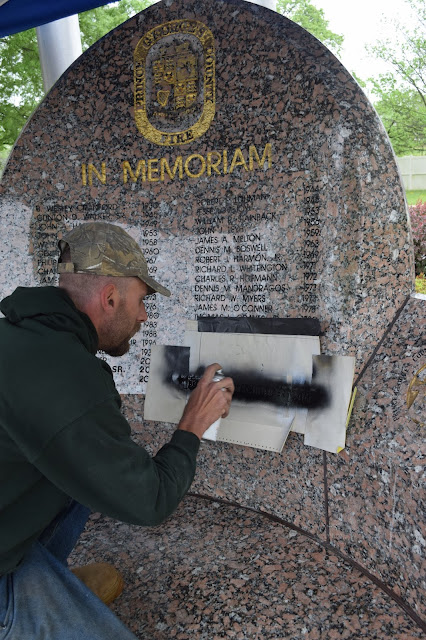 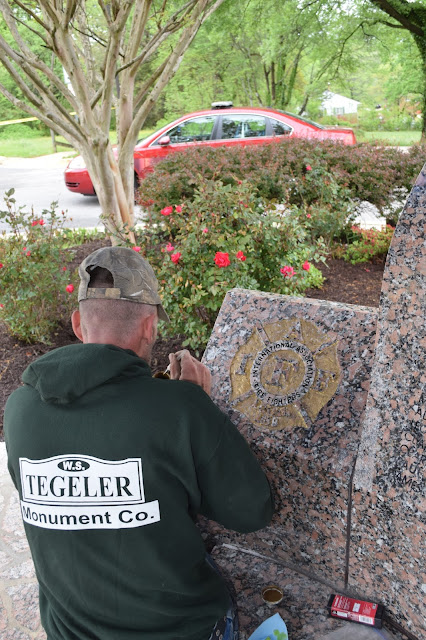 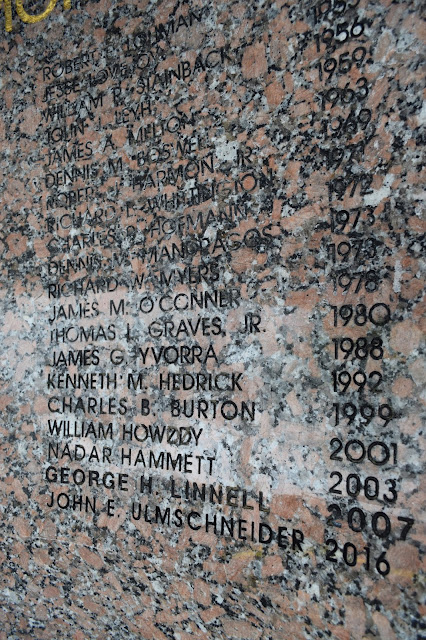 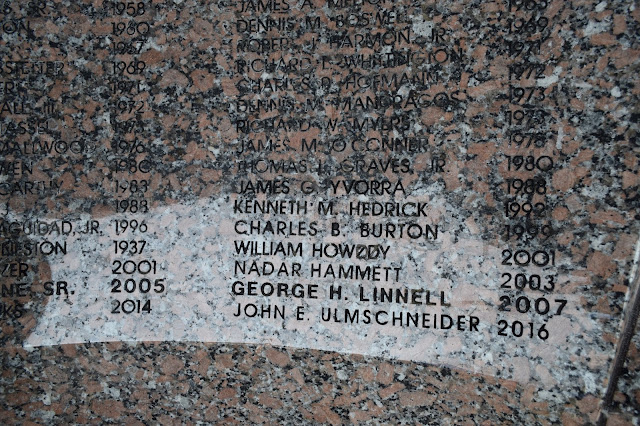 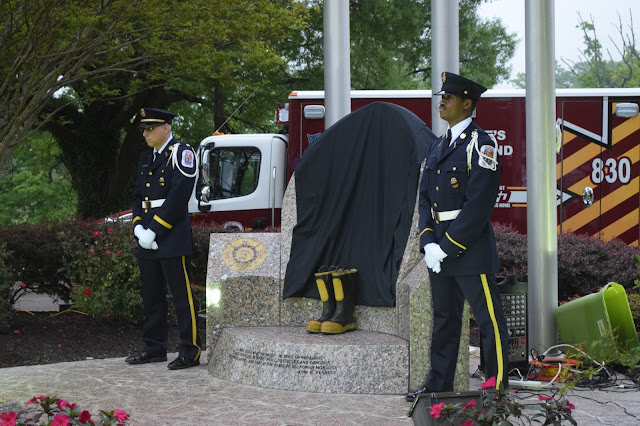 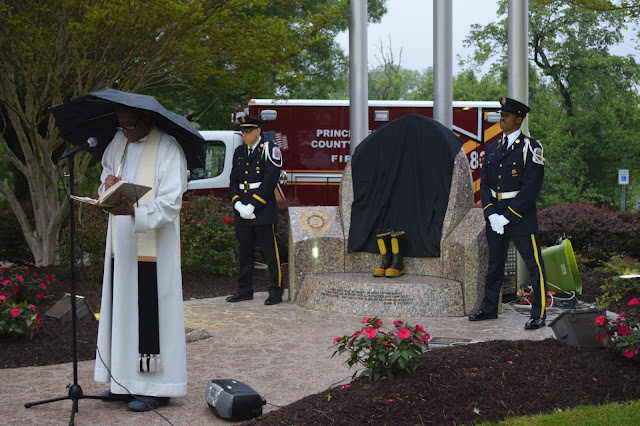 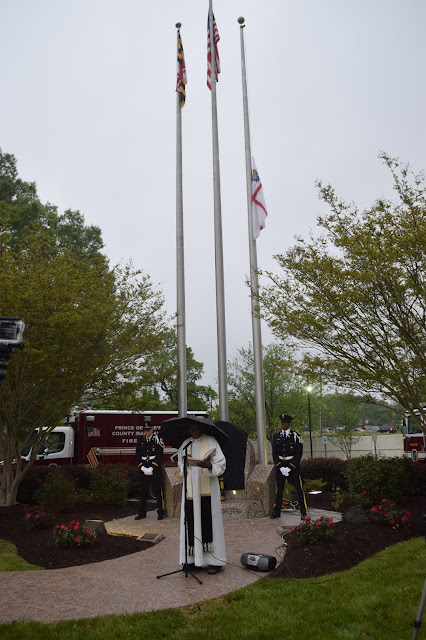 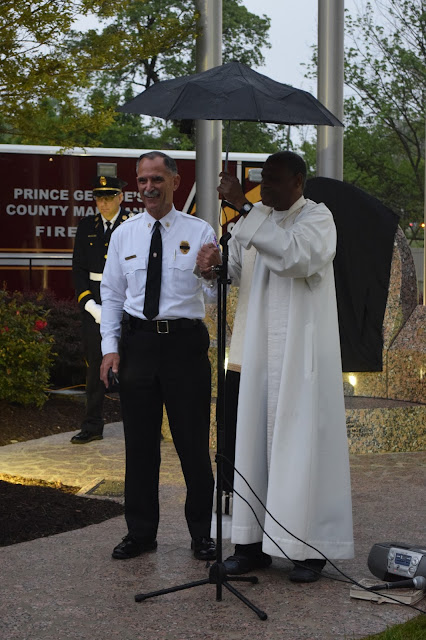 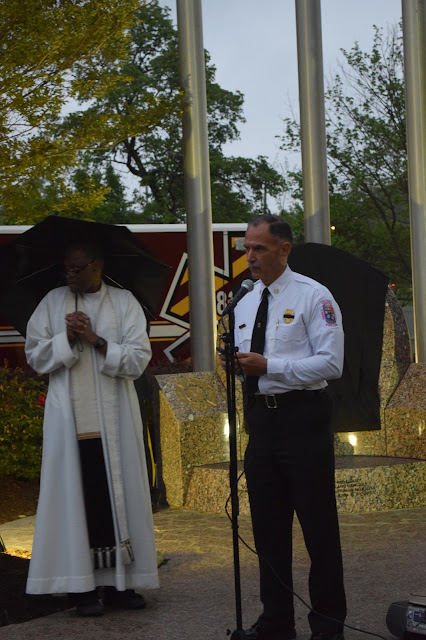 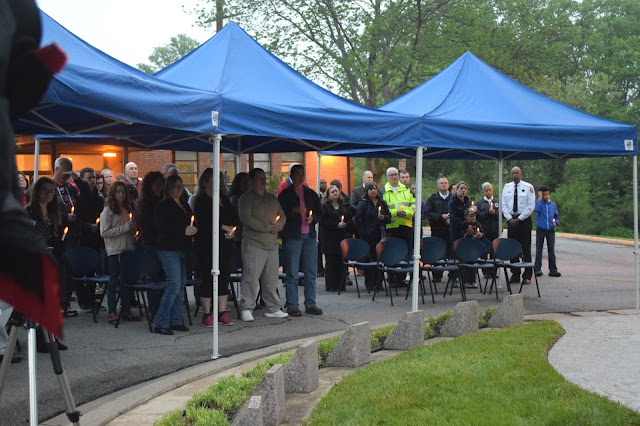 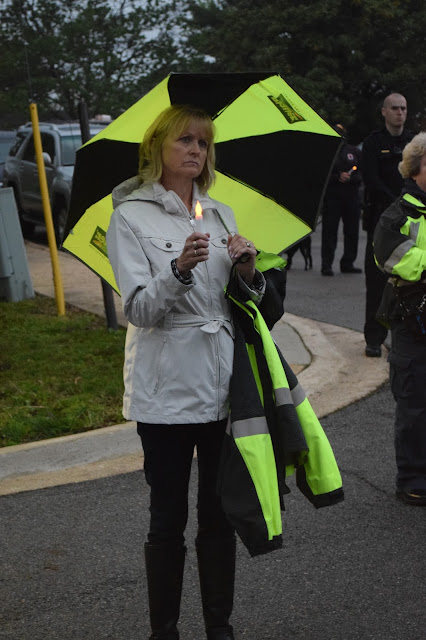 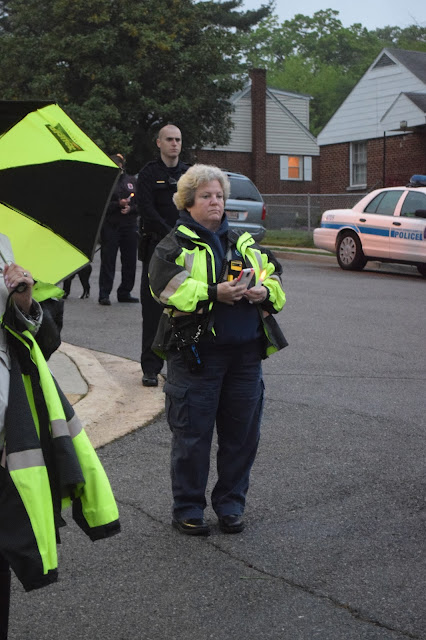 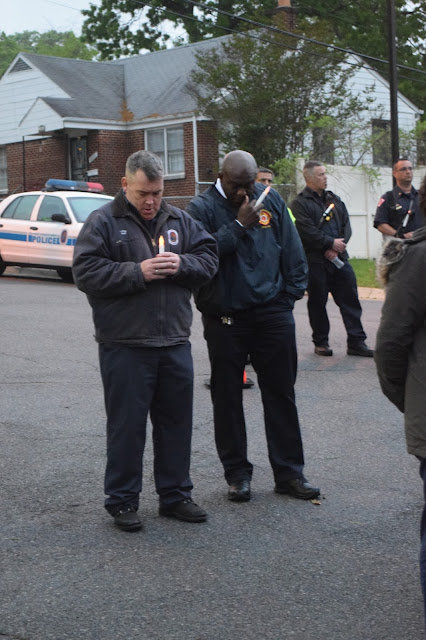 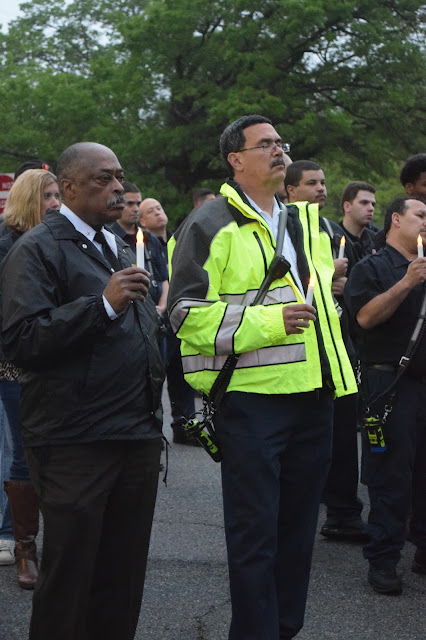 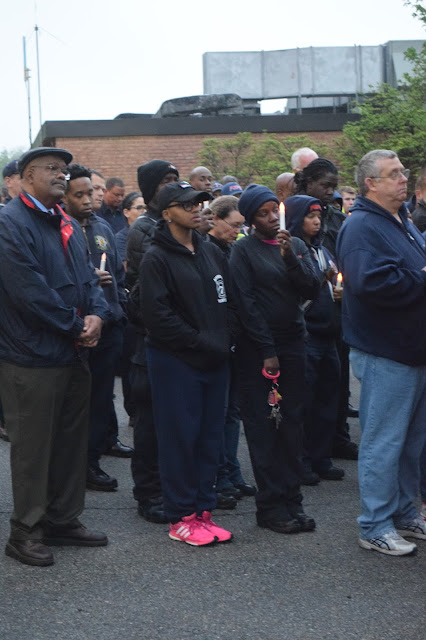 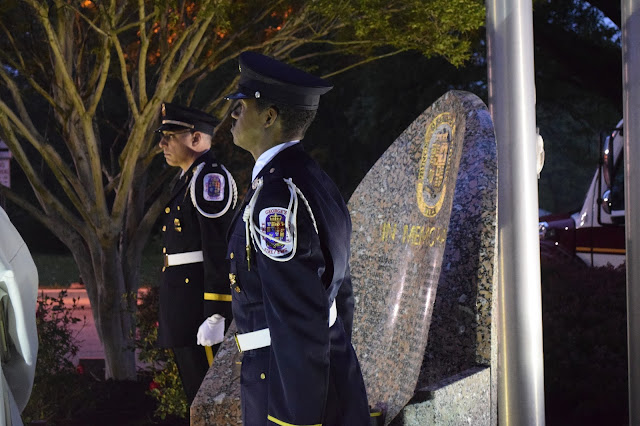 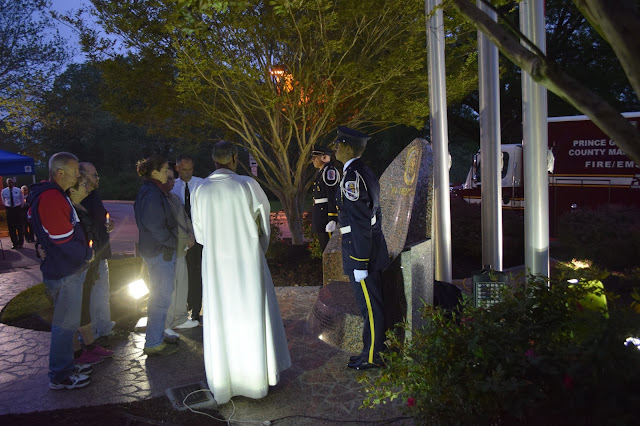 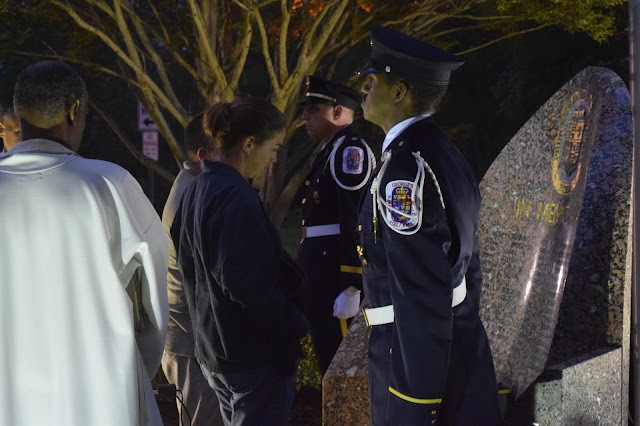 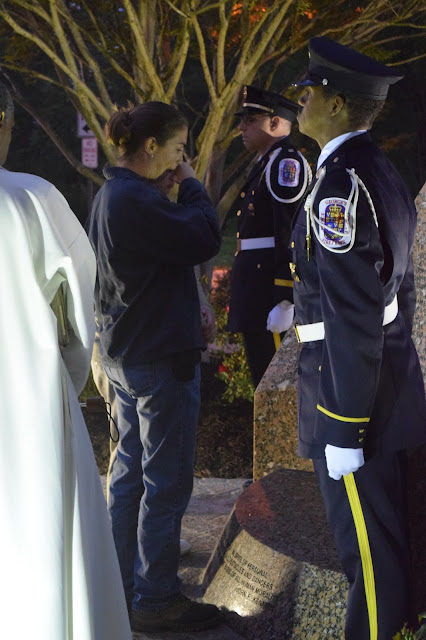 Posted by PGFD at 12:59 PM No comments: Links to this post

Mark E. Brady
Chief Spokesperson/PIO
PGFD
Posted by PGFD at 11:07 AM No comments: Links to this post


On Friday afternoon, April 29, at around 12:15 pm, Prince George’s County Firefighters and Medics responded to a 911 call reporting smoke coming from an Oxon Hill home.

Fire/EMS units arrived at a 2-story brick duplex in the 5200 block of Leverett Street and found smoke showing from the structure.  Firefighters entered the home and extinguished a fire in the living room area on the first floor.  A resident was found in the immediate area of the fire.  Firefighters removed the occupant and medics initiated treatment.  The adult male was found to be suffering from 3rd degree burns over the majority of his body.  The patient was transported in critical condition by medics to the Burn Unit at Medstar Washington Hospital Center.

Despite the very best efforts by everyone involved the man succumbed to his injuries late on Friday evening.

Fire Investigators were called to the scene and continue to investigate the cause of the fire, however, the cause appears to be accidental.  Fire loss to the home is estimated at $20,000.  The home was equipped with working smoke alarms.

The deceased has been identified as a resident of the Leverett Street home, 68-year-old, Bernie Hayes.

Prince George’s County Firefighters and medics will be returning the Leverett Road neighborhood this morning at around 10:00 am.  They will go door-to-door asking residents about the status of their smoke alarms.  Firefighters will test the alarms to ensure they are working.  If an alarm is found not working a new 10-year smoke alarm will be installed at no cost to the occupant.

Any resident of  a home in Prince George’s County can have a new 10-year smoke alarm installed in their home.  If you can not afford to purchase and install your own smoke alarm, call 311 and a firefighter will come to your home and install one for you at no cost.
Posted by PGFD at 9:32 AM No comments: Links to this post