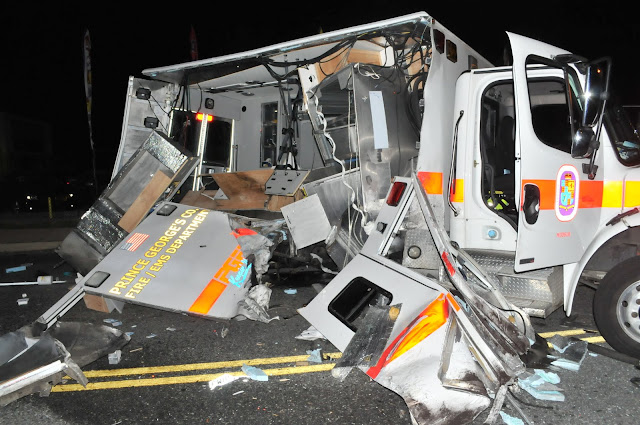 Just after midnight, Thursday, a Prince Georges County ambulance and a civilian vehicle were involved in a crash in the 5600 block of Marlboro Pike in District Heights. The crash resulted in 3 civilian fatalities and two Firefighter/Medics being transported to a Trauma Center.

Ambulance 826 had just departed the Fire/EMS Station and was traveling west on Marlboro Pike en route to a overdose call on Tanow Place. Initial reports indicate that a GMC Suburban SUV was travelling east-bound in the west-bound lanes at a high rate of speed. The ambulance, with emergency lights on and siren sounding, had to swerve to avoid a head-up collision. The SUV side-swiped the ambulance and then hit a brick wall and utlity pole before coming to rest on it's roof about 120 feet from where it first struck the ambulance.

The three occupants of the SUV, adult males, were pronounced deceased on the scene. Two Firefighter/Medics were transported to a Trauma Center for evaluation but did not appear to have suffered any injuries.

The ambulance sustained major damage from the crash in which the entire right side of the patient compartment was torn off. 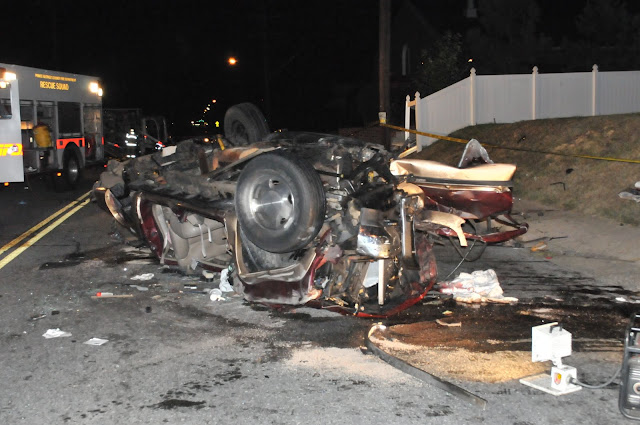 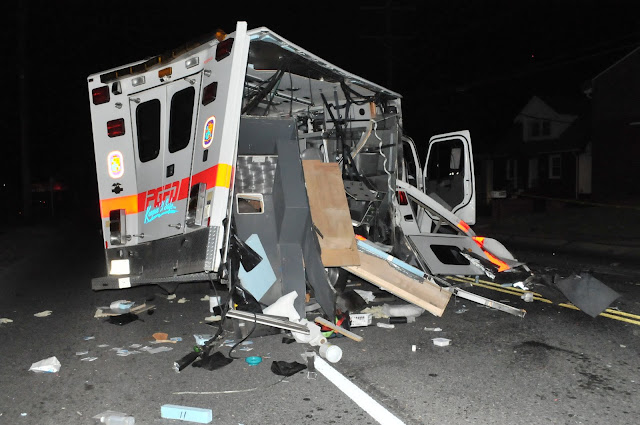