Posted by PGFD at 11:57 AM No comments: Links to this post

On Friday, July 19, 2013, at about 3:15 pm, Firefighters were alerted to a house fire in the 9300 block of Biemans Terrace in Springdale.  An engine from the St. Josephs Fire/EMS Station 806 was the first to arrive to the the 2-story single family home with heavy fire showing from the roof.  A quick search of house found no residents inside and the bulk of the fire was in the attic and roof area.

The structure was built in 2000 with residential sprinklers, however, the fire appears to have started on the homes exterior and extended up the exterior of the house and into the attic.  The fire by-passed all sprinklered interior areas of the home and rapidly consumed the attic and roof of the house.  Attics areas are not sprinklered.

Air temperature during the firefight was nearly 100 degrees combined with high humidity, it felt like 110.  A Heat Stress Watch had been placed into effect earlier in the day.  The Watch is intended to minimize injuries during periods when high temperatures present a safety hazard to personnel operating on an emergency incident.  A rehab area was established with all personnel rotated through after using one breathing air bottle of air or 20 minutes of work.  The 2 firefighter injuries involved a burn and injured ankle; no injuries were reported to be heat related.

Firefighters had the fire extinguished in about 45 minutes.  Two firefighters and one civilian sustained minor injuries and transported to area hospitals.  All three were treated and released later that afternoon.

Fire Investigators believe the fire started as a result of a discarded smoking material and is accidental.  Fire loss is estimated at $250,000. 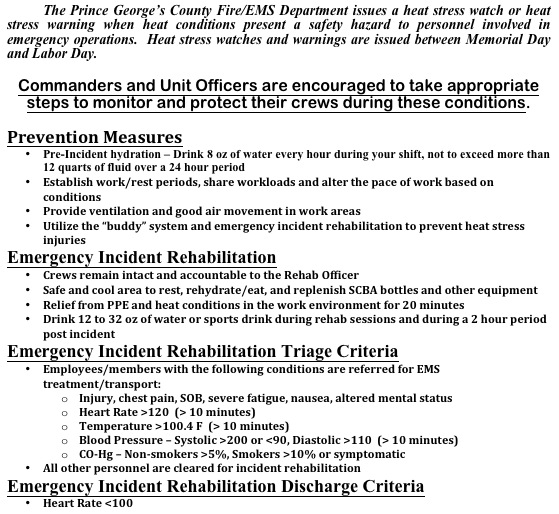 Posted by PGFD at 11:18 AM No comments: Links to this post

Posted by PGFD at 10:43 AM No comments: Links to this post