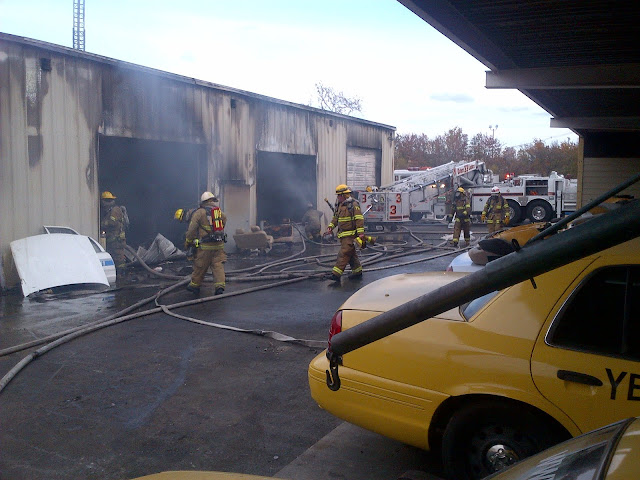 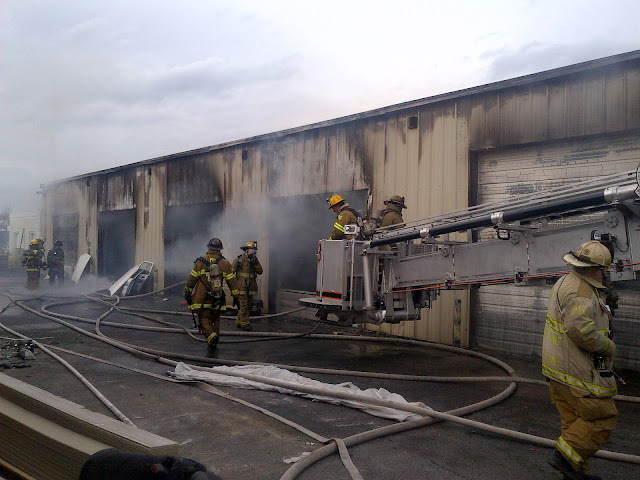 Firefighters made quick work of a Landover warehouse fire saving dozens of vehicles from being damaged.  At about 2:45 pm, Monday, November 12, firefighters were alerted to a building fire at 8316 Ardwick-Ardmore Road.  First arriving firefighters advised of a warehouse "well-involved."

The structure is a large 1-story commercial automotive services repair facility with five work bays and offices.  It appears that the facility repairs and performs maintenance on taxi cabs.  There were at least 2 automobiles inside the building being worked on at the time of the fire.  A civilian employee of the business, a male in his 60's, that was believed to be in the building when the fire started, sustained 1st and 2nd degree burns to his hand and arm.  Paramedics transported the injured man to a Burn Unit for treatment.  He is listed in "Good" condition.

There were several dozens taxi cabs in the immediate vicinity of the building on fire.  Firefighters were successful in knocking the bulk of the fire down quickly and protecting the nearby autos from being involved.  It required about 45 firefighters about 25 minutes to extinguish the fire.

The cause of the fire is under investigation.  Preliminary fire loss is estimated at $250,000. 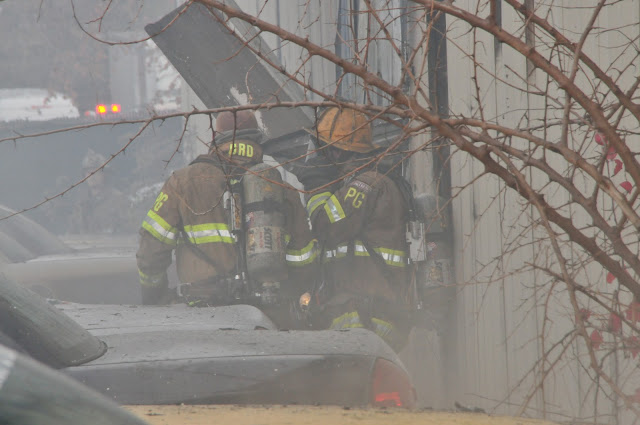 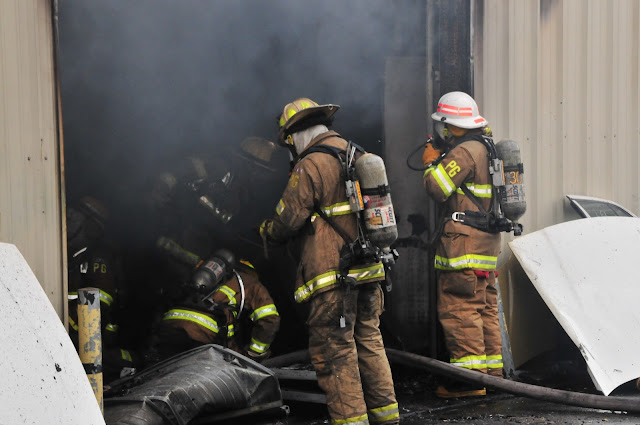 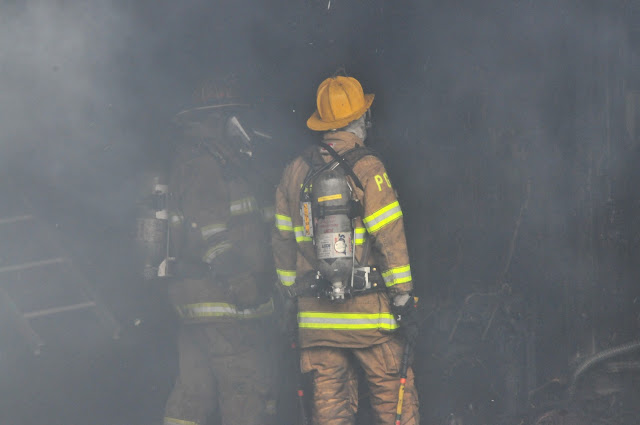 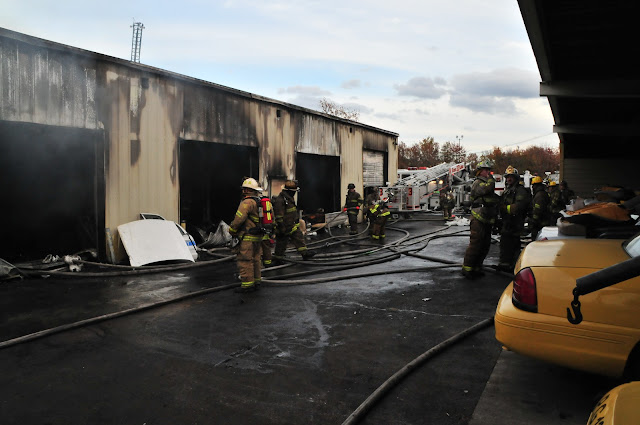 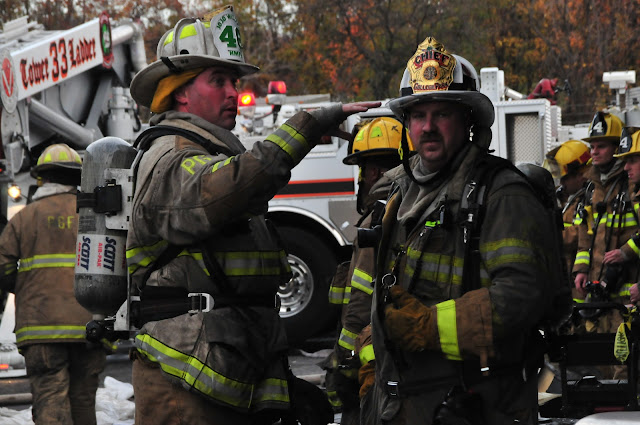 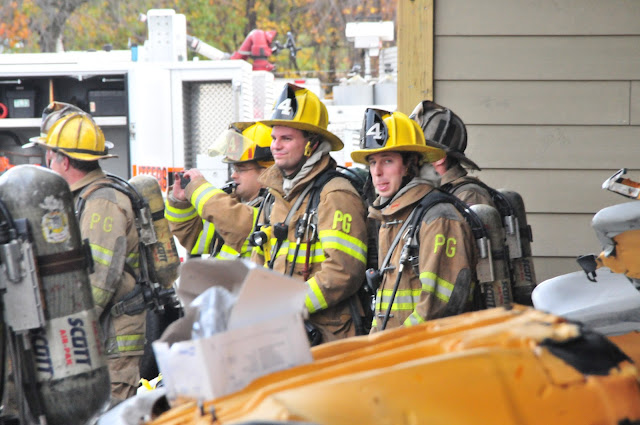 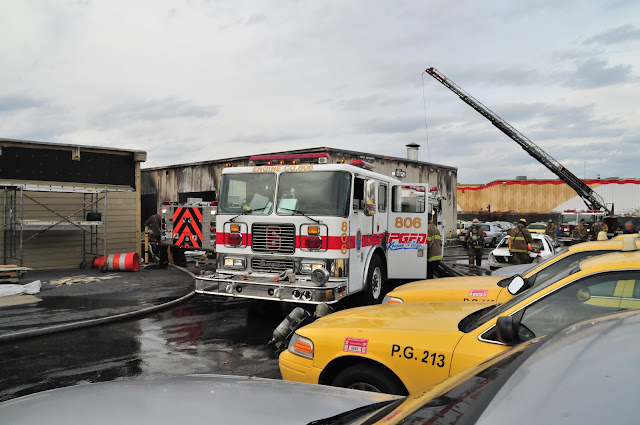 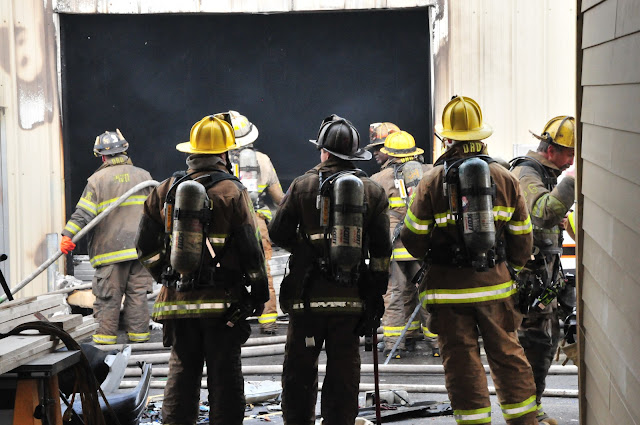 Posted by PGFD at 3:25 PM No comments: Links to this post