A class of recruit firefighters will run across the Woodrow Wilson Bridge in what has become a tradition of the soon to graduate personnel.  Everyone is invited to either run or walk across the pedestrian path starting near the National Harbor across the WWB into Virginia and return.

Career Recruit School #47 is scheduled to be joined by County Executive Rushern L. Baker, Fire Chief Marc S. Bashoor, fire academy instructors and others during the run.  Anyone wishing to participate should gather by 7:45 am, Friday, April 26 for a start time of 8:00 am.

The best access for media is a path located in the rear of the new gas station located on National Harbor Boulevard, vehicles can not drive on path but it is within walking distance of the gas station.

Paramedics to be Recognized for Extraordinary Medical Care During OB Call 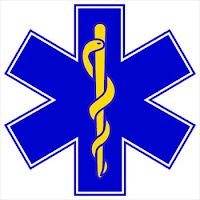 The care provided by one particular paramedic will be highlighted as her story and performance during this incident goes beyond just delivering a patient to the hospital labor and delivery room.  Her story is remarkable and must be heard.


WHAT: Recognition of exemplary care by Paramedics


The recognition will be in the Medical Staff Conference Room on the 4th Floor of the ACF Building. The ACF is at the front part of the hospital and does not connect to the fourth floor of the old building, so you have to take the elevators from the Main Lobby which is next / on the same floor to the ED.


Once you come off the elevator on the fourth floor. Go right to the end of the hallway, take a left down that hallway, the meeting room is the first door on the left.

Lunch will be available.
Posted by PGFD at 10:54 AM No comments: Links to this post

Posted by PGFD at 9:02 AM No comments: Links to this post


Posted by PGFD at 9:01 AM No comments: Links to this post


Posted by PGFD at 8:47 AM No comments: Links to this post

A large pile of mulch was reported smoldering just before 8:00 pm Wednesday at an Upper Marlboro area commercial reclamation facility.The lone initial unit dispatched from the Ritchie Volunteer Fire Department arrived at the scene at 2001 Ritchie-Marlboro Road and found a 30 X 100 foot pile of mulch burning and immediately called for additional resources. 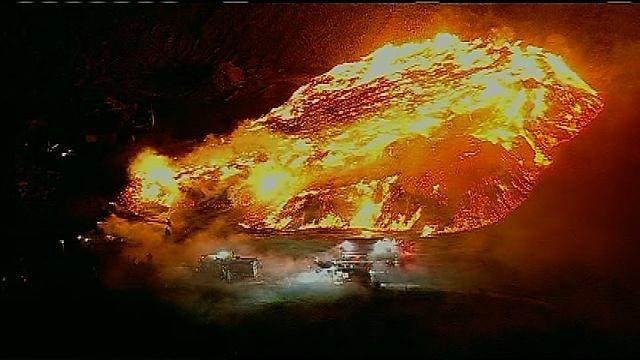 The burning mulch pile provided vivid images of intense heat and flames illuminating the night sky with a red glare.  Winds gusting up to 20 to 30 mph played a factor possibly in the ignition and certainly in the rapid spread of the fire.  Wind direction changed multiple times during the initial operations causing suppression units to move personnel and apparatus quickly to prevent injury and damage.  Repositioning delayed and extended the time required to set up a water supply.  Safety of personnel was the highest priority on this incident.

The gusty winds whipped up flying hot embers that ignited brush fires on surrounding adjacent property.  Firefighters were positioned on the outer perimeters of the property to quickly respond to multiple brush fires.

The relatively rural location meant there were no water hydrants nearby.  A water shuttle was established using 9 tankers shuttling thousands of gallons of water between the burning pile and the closest hydrant about 2 miles away.   Fire Department water tankers from Charles County and Anne Arundel County were used in addition to Prince George’s County tankers.

Foam and Crash Units from Joint Base Andrews, Baltimore-Washington International Airport and Naval District Washington were utilized in addition to County foam units from the College Park station.  Application of foam to burning mulch will smother the surface level fire and penetrate into the deep-seated heat to cool down the internal temperature of mulch piles.  Numerous engine companies and 4-wheel drive brush units worked through this morning extinguishing brush fires and wetting down hot spots.

Front end loaders and other heavy duty construction equipment belonging to the commercial property were utilized to separate the burning pile allowing firefighters an opportunity to wet down the area which was then covered with dirt.

Canteen units from the Prince George’s County Volunteer Fire and Rescue Associations Ladies Auxiliary and Anne Arundel County “Fire Alarmers” were on location and provided much needed relief for personnel that had been working for hours to extinguish the fire.  Firefighters that had been working for extended periods were sent through a rehab area where they were evaluated, re-hydrated, refreshed and sent back to work.

About 150 personnel including firefighters, paramedics, command officers and support personnel worked into the early morning to bring the fire under control.  At about 4:00 am, Thursday, the majority of the visible fire had been extinguished and most of the suppression units were placed in-service and returned home.  About 5 units remain on the scene today assisting in wetting down the dispersed pile of mulch.  Incident commanders estimate the large pile of mulch will continue to smolder for days.

At no time were any residents or structures in danger from the fire or flying embers.  Safety remains the highest priority of the incident and no injuries have been reported.  The cause of the fire remains under investigation.

The pile of mulch will continue to smolder for a couple of days and some flare-ups will occur however the risk of another rapid spread of fire is greatly diminished by the water and foam saturation of the mulch.  The Fire/EMS Department will continue to monitor the situation for the next few days.

The Prince George’s County Fire/Emergency Medical Services (EMS) Department gratefully acknowledges the assistance of jurisdictions from the region that provided mutual aid to assist in the extinguishment and provided crews and apparatus to transfer into some of our vacant stations.  Additionally, the Department acknowledges and commends Incident Commanders, the dispatch personnel at Public Safety Communications and all the men and women; career, civilian and volunteer, that spent hours committed to extinguishing the fire. 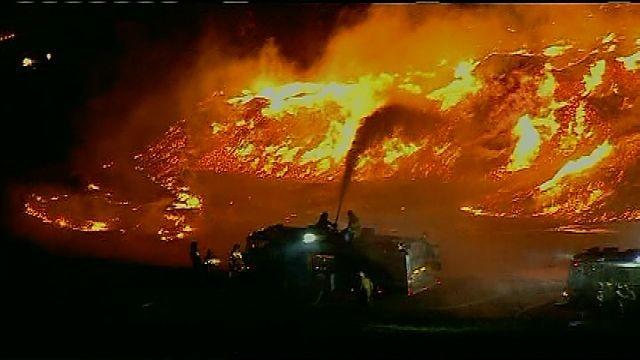 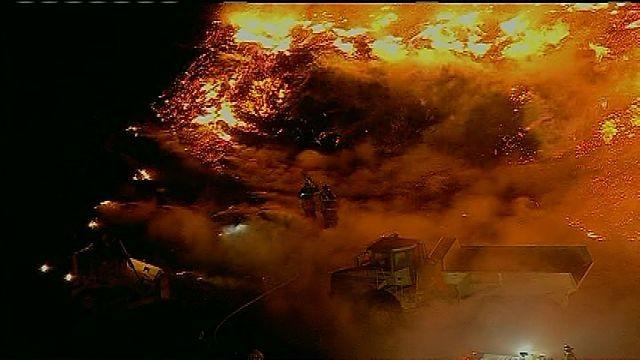 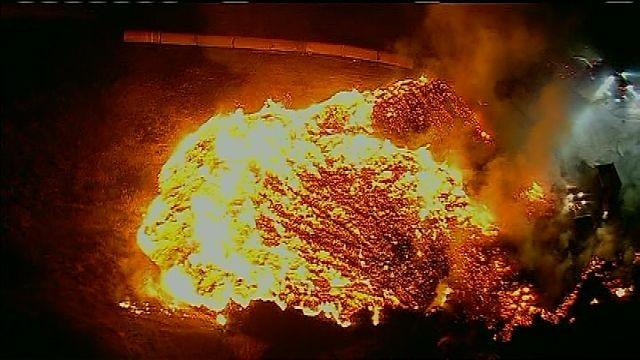 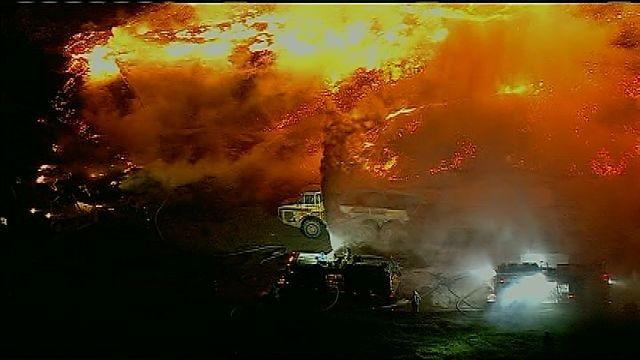 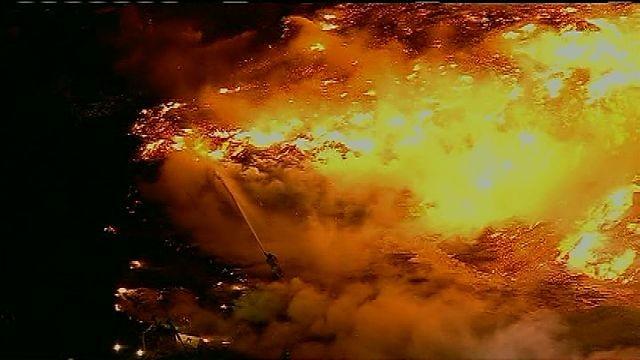 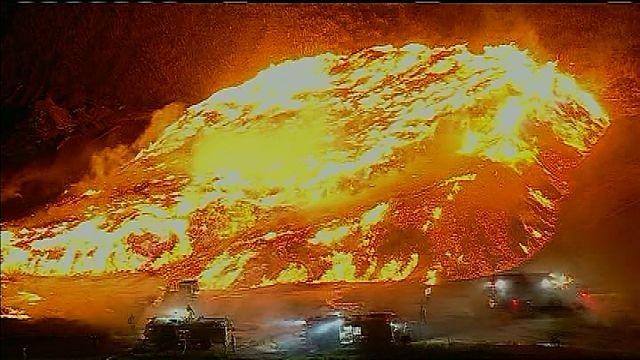 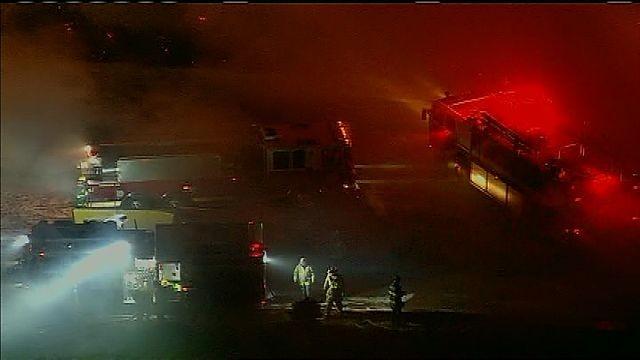 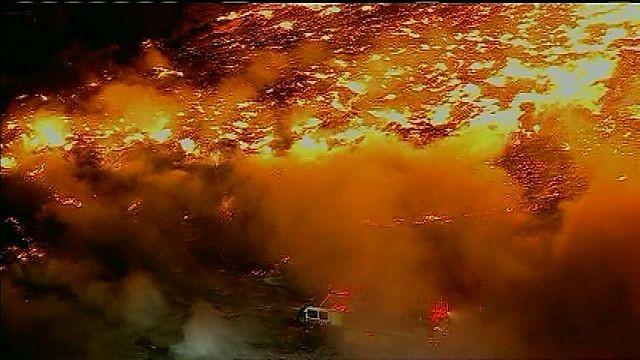 These images were provided courtesy of Jim Davis of pgfdfire.com 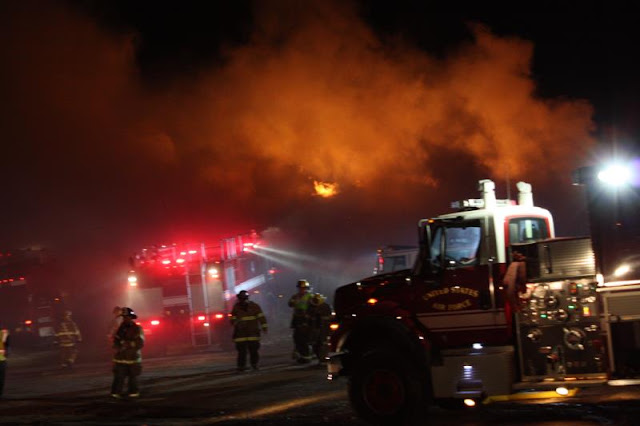 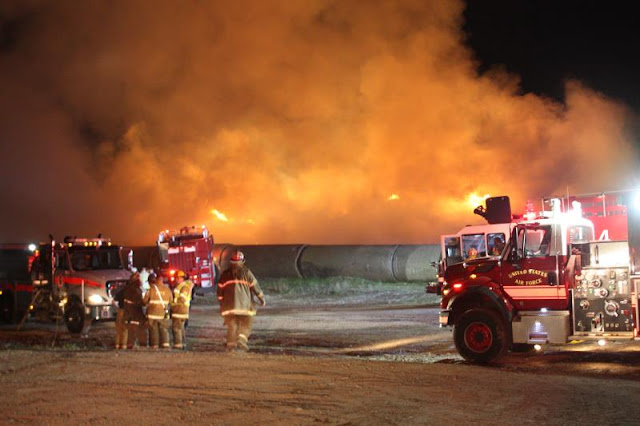 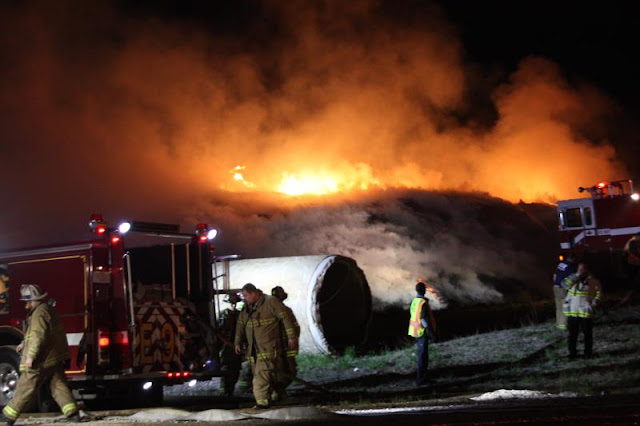 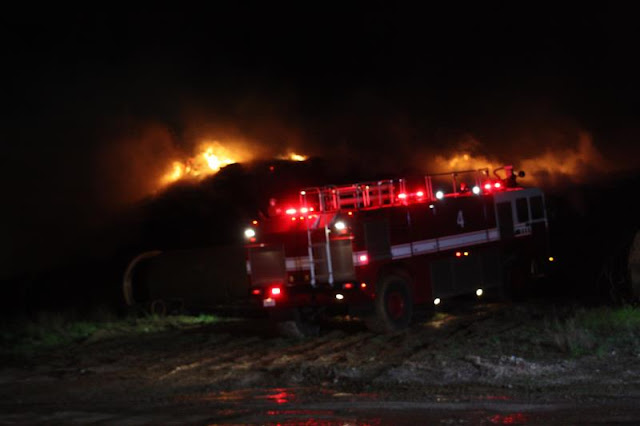 Posted by PGFD at 8:39 AM No comments: Links to this post