Last week personnel staffing the Watch Office were challenged to come up with an idea to develop a relationship with a school in our County to work with students in need and perhaps get involved in a mentorship program.

The challenge posed by Assistant Fire Chief Deeann Drake has certainly provided motivation and is working, but they need some help.  Since last Wednesday, the Watch Office has worked with our County's School Supervisor for student services in conducting a backpack and school supply drive for children who are in need of assistance, from those who are homeless to those in group homes and so on.  The Watch Office has collected 26 backpacks so far and are working hard for more donations.  Consider the donation of backpacks and school supplies in this worthwhile effort by our co-workers.

Posted by PGFD at 2:30 PM No comments: Links to this post


On July 7, 2014, the day the new Pink PGFD Paramedic Unit was placed in-service, the Fire/EMS 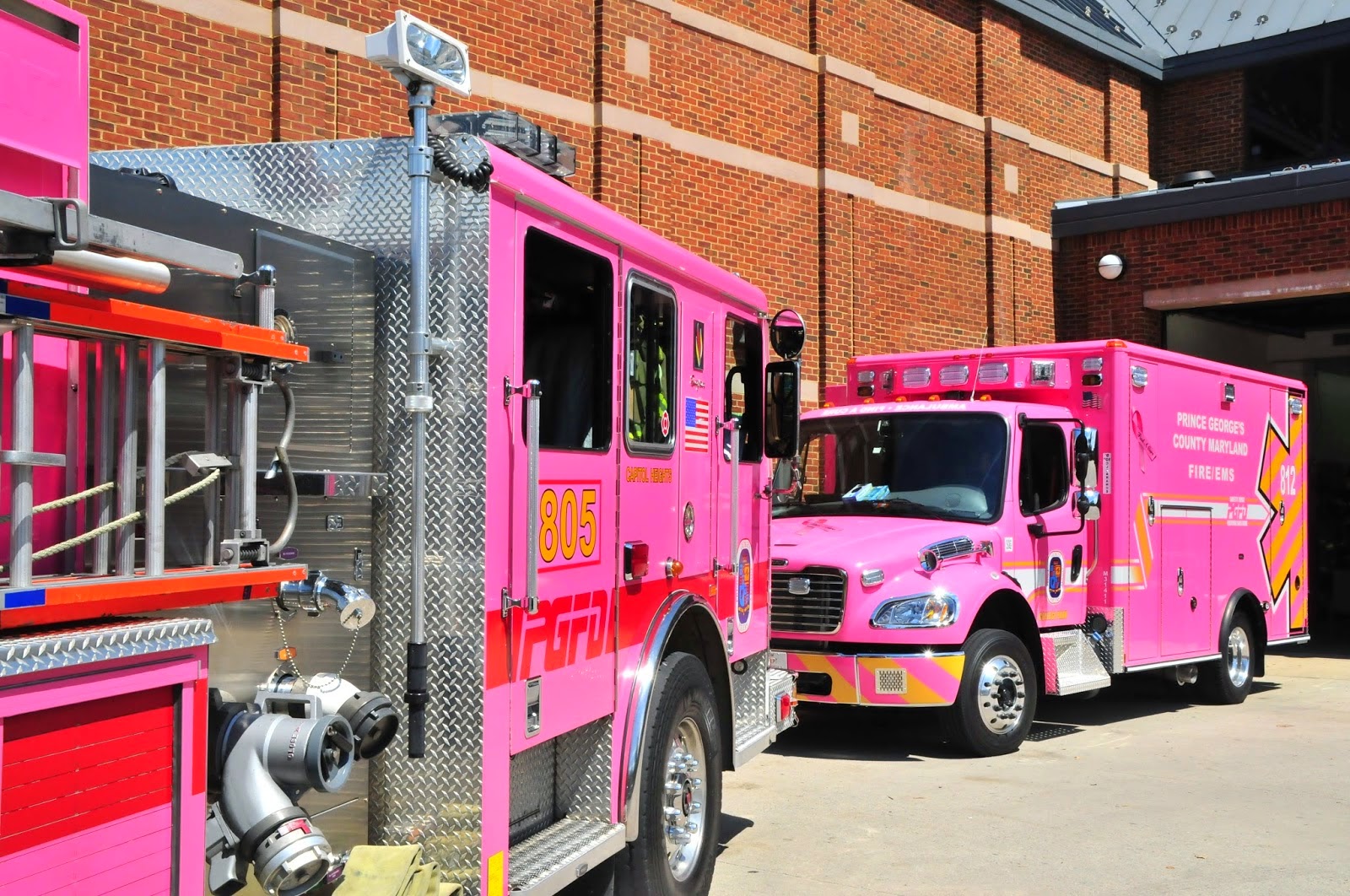 Department announced a social media campaign to help select a nickname.  The response was over whelming.  Nickname suggestions poured in through Twitter, Facebook and Email.  There were 230 suggestions submitted with about 40 being eliminated for not meeting our professional standards.

The staff read many compelling and emotional stories behind nickname suggestions.  Many suggestions were based on a loved one’s name.  Names associated with someone currently suffering from breast cancer or had fought a brave and valiant battle but did not survive.  We read many hopeful stories about those that have survived and live to fight the battle for a cure.   We only wish we had as many pink units to name after every one of these people.  However, we think we have selected a nickname that everyone will agree is appropriate for our mission; awareness and a cure for cancer.

There was one nickname that was recommended more often than any other in our social media campaign.  The nickname fit our requirements of being one or two words and related to our efforts in raising awareness of breast cancer and other cancers as well.

In a survey of all nickname suggestions by a cross section of the Fire/EMS Department's career, civilian and volunteer membership one nickname was voted #1 by nearly 50% of the membership participating in the survey.

Chief Bashoor stated, “HOPE seems to encompass the mission of our cancer awareness efforts and finding a cure.  I feel the nickname is a perfect fit.”

The social media campaign proved to be very successful and the Department would like to thank everyone that cared enough to think of a name and joined in the competition.  Because there were a large number of people that submitted the nickname HOPE, we will award the official Pink PGFD work shirt to the person that submitted the name first.

The following nicknames were runner-ups to HOPE;


COURAGE
Posted by PGFD at 1:51 PM No comments: Links to this post