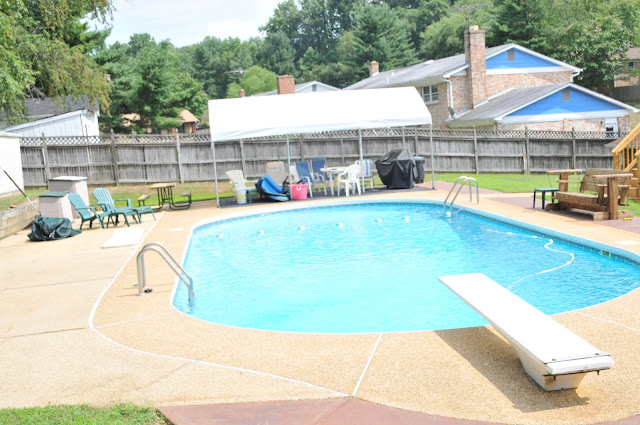 MEDIA CONTACT: Mark E. Brady, Chief Spokesperson, 240-508-7930
Despite the valiant rescue by firefighters and paramedics of two people from a residential backyard pool, both victims succumbed shortly after their arrival at the hospital. A 911 call was received just before 2:30 pm, Thursday, July 22, 2010, reporting a 12-year-old male was motionless in a neighbor’s pool at Midland Turn and Fairhaven Avenue in the community of Marlton, in Upper Marlboro, MD. Firefighters and Paramedics from Croom Fire/EMS Station #845, Marlboro Fire/EMS Station #820 and Battalion Chief 807 were dispatched for the possible drowning at 2:23 pm. Staff from the nearby Fire/EMS Training Academy heard the dispatch and headed in the direction of the incident in the event that additional staffing was needed. The 911 caller later advised dispatchers that her uncle was on the way over to the neighbors pool to see what was going on.


Fire Battalion Chief Butch Leonhard was the initial fire/EMS unit to arrive followed by Major Leroy Smith and Fire Captain Grady Valencis from the Training Academy.  All personnel went immediately to the pool. Battalion Chief Leonhard witnessed not one but two victims in the deep end of the swimming pool and radioed for additional resources. Realizing this was a life or death situation, Fire Captain Grady Valencis immediately entered the water and within seconds was joined by Battalion Chief Leonhard and Fire Technician Daryl Bullock from Engine 845.

Prior to the Fire/EMS Department arrival, it is believed that the 12-year-old male’s uncle saw his nephew at the bottom of the pool and went in to save him. The 59-year-old male also soon became a victim.

Major Smith coordinated rescue efforts on the pool deck as firefighters and paramedics stood ready as the trio went to the 8-foot deep end of the pool.  The two victims were lifted to the top and handed off to awaiting personnel. Paramedics quickly assessed both patients were unconscious, non-breathing and had no pulse. The patients were loaded into two separate transport units and taken to nearby Southern Maryland Hospital where Emergency Room staff worked feverishly to revive the pair. Tragically, both victims were pronounced deceased a short time after arrival at the hospital, apparent victims of a drowning.

Just prior to 2:30 pm, Thursday, July 22, 2010, firefighters and paramedics from the Upper Marlboro area were alerted to a possible drowning at a residential pool. Fire/EMS units arrived at a home in the 9200 block of Fairhaven Avenue and discovered 2 people in the pool. The victims were removed and both were found to be non-breathing and without a pulse; CPR was immediately initiated.


Initial 911 calls indicated that a teen-aged male had jumped into a neighbor’s pool and went motionless and that an adult male was on the way to help.

Details are still sketchy and updates will be provided as soon as possible.
Posted by PGFD at 2:41 PM No comments: Links to this post 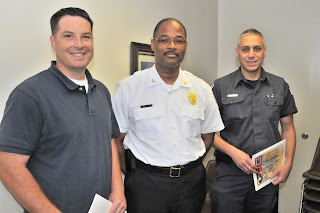 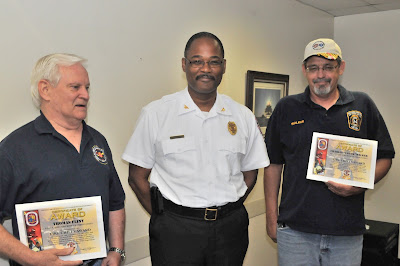 Safety of all personnel is vital for the Fire/EMS Department to provide the very best services to our citizens and residents. Fire Chief Eugene A. Jones devotes a large majority of his time focusing on safety concerns of the Department and has recognized similar efforts of individuals working together towards the same goals. At a Safety Committee meeting held at the Fire Services Building on Thursday, July 22, 2010, Fire Chief Jones recognized individuals that represent the Prince George’s County Professional Fire Fighters and Paramedics Association, IAFF Local 1619, and the Prince George’s County Volunteer Fire and Rescue Association (PGCVFRA) and presented each of them with Fire Chiefs Awards.

Vice-President Christian B. Wargo and

In making the presentation Fire Chief Jones stated, “In recognition of your commitment to the safety and wellness of our Fire/EMS personnel through your diligence while participating on the Safety Committee. Your dedication to keeping our personnel safe is held within the highest regard of the Fire/EMS Department and is commendable.”
Posted by PGFD at 2:35 PM No comments: Links to this post