MEDIA CONTACT: Mark E. Brady, Chief Spokesperson, 240-508-7930, mebrady@co.pg.md.us
At around 12:15 pm firefighters in the Fort Washington area were alerted to a house fire in the 1700 block of Defiance Drive.  Firefighters arrived to find fire and smoke showing from a 2-story "farm house" structure.  Firefighters initiated an interior attack and search/rescue and immediately encountered an enormous amount of debris and stored materials inside.  Realizing this was going to be a work intensive fire the incident commander requested a task-force bringing additional firefighters and paramedics to the scene.  At one point in the operation, firefighters encountered a partial collapse of the second floor and incident commanders immediately ordered the evacuation of all personnel from the house.  All firefighters were accounted for and deemed OK after the evacuation.  After the evacuation the remaining fire was knocked down from the safety of the exterior.

Firefighters used a deck gun to provide high-capacity amounts of water into the structure as well as a foam tanker from Charles County that provided a foam product to reach the deep seated fire located in the large amount of combustible material inside.

There were about 45 personnel on the scene that worked for nearly 2 hours to knock down the fire.  An extensive overhaul of the interior will take additional time to ensure the fire is completely extinguished.  There were no injuries reported.

The cause and origin of the fire is underway, however, it is too early to provide any details.  Fire loss estimates will be part of the investigation.  It is not immediately clear if the house is being used to live-in or just as a point of storage. 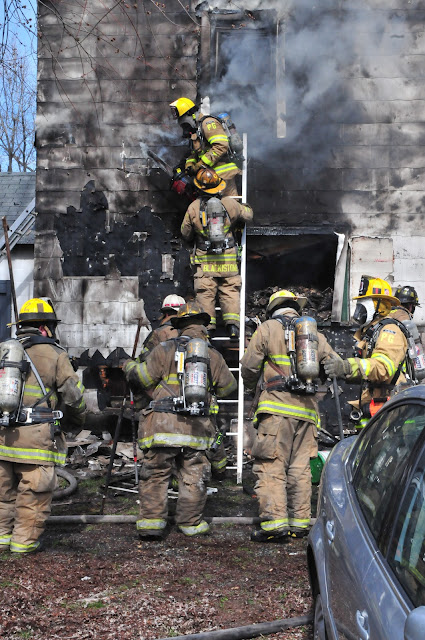 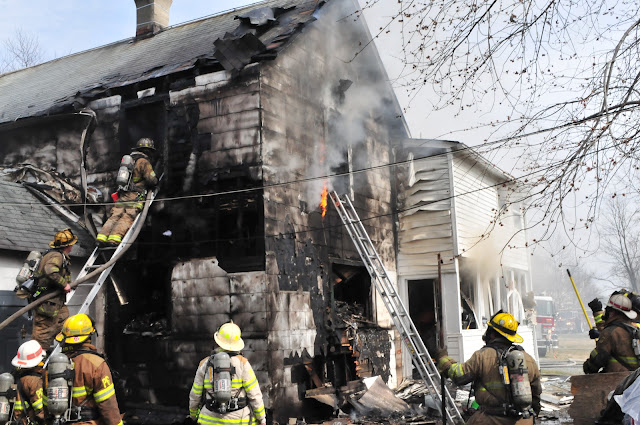 Posted by PGFD at 3:23 PM No comments: Links to this post