On the evening of February 8, 2016, Career Recruit School (CRS) #51 of the Prince George's County Fire/Emergency Medical Services (EMS) Department graduated from the Fire/EMS Training and Leadership Academy.  Having successfully completed and passing the required physical abilities and curriculum of  the academy the recruits are now ready to serve Prince George's County as Firefighter/Medics.  Forty-five recruits, their families, friends and co-workers joined the Departments leadership, special guests and speakers shared in the pomp and circumstance of graduation.

Prince George's County Executive Rushern Baker spoke to the graduating recruits about the "call to service," "a call to duty" and "to be there when you are called." Baker thanked the class for "the service your about to do and what you have already done."  The County Executive also highlighted family members and what they have endured so far through this journey and what they are about to endure as a loved one of a firefighter/medic.

During his comments, Prince George's County Fire Chief Marc S. Bashoor stated, "In the end, it is important to recognize that there will not ALWAYS be a book on the shelf, or a class to take, that will teach you what “the right thing" is. Teamwork and crew integrity are critical - however, there will not ALWAYS be a partner standing by your side to point you in the right direction. You have been given the basics in your time at the Academy - now it's your turn to make a difference, this is your moment in time. Welcome to our team."

The keynote speaker for the event was Deputy Fire Administrator for the United States Fire Administration.  Dr. Onieal provided some very thought provoking comments to the recruits.  One story involved a personal story where a college admissions clerk made a difference in Onieal's life and he never forgot it.  He told the graduating class that this is the type of effect that they will have on people when they call you for help on perhaps the worst day of their life.  Dr. Onieal's complete speech can be seen in the video below.

The recipient of the Fire Suppression Scholastic Achievement Award is: 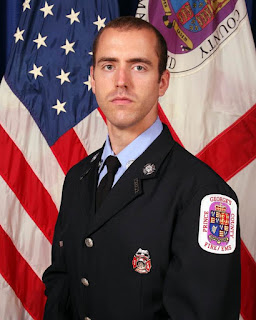 The recipient of the Emergency Medical Service Award is: 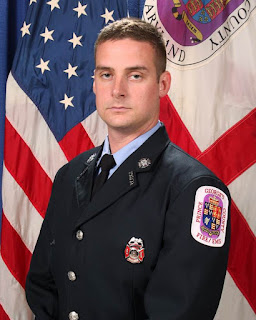 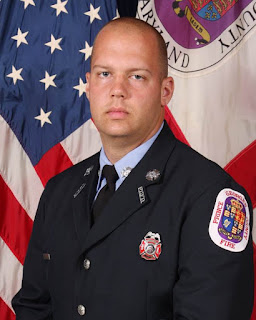 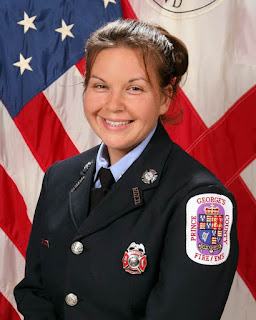 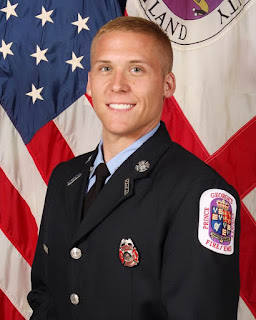 Posted by PGFD at 3:32 PM No comments: Links to this post