A Bowie house sustained significant damage after a fire started in an upstairs bedroom.  Just before 11:00 am, Thursday, December 29, firefighters responded to several 911 calls reporting a house fire in the 6400 block of Grendlel Place and arrived to find a 3-story single family home with fire showing from the second floor and attic.  Home occupants were able to escape safely prior to the fire departments arrival thanks to after a working smoke alarm sounded a warning.

It required about 15 minutes to extinguish the bulk of the fire.  Fire Investigators believe the fire started in a top floor bedroom and the cause is undetermined.  Fire loss is estimated at $250,000.  No civilian or firefighter injuries were reported.

An adult female and teen-aged son are displaced and receiving assistance from the American Red Cross. 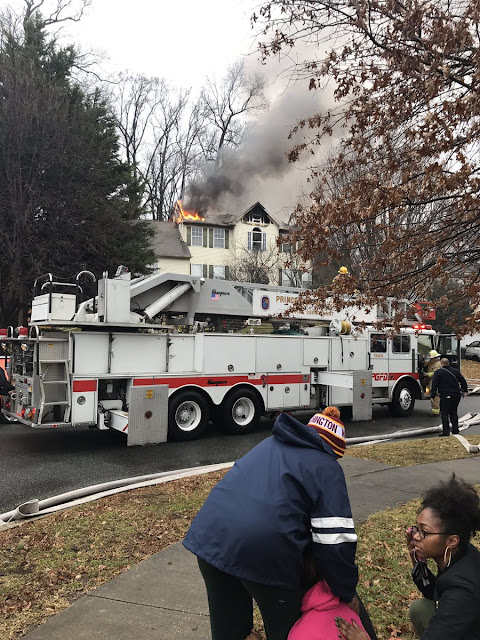 Posted by PGFD at 4:30 PM No comments: Links to this post