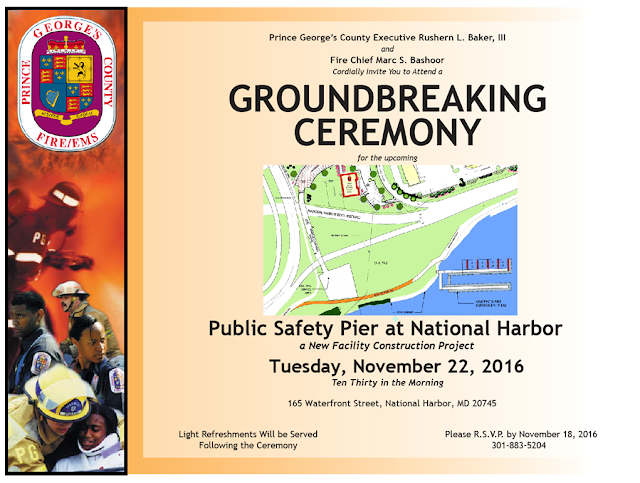 Posted by PGFD at 1:22 PM No comments: Links to this post

The Prince George's County Fire/Emergency Medical Services (EMS) Department recently became aware of the off-duty actions of one of our firefighters at the scene of a recent vehicle crash.

Maryland State Police Trooper Davis documented the actions of Fire Fighter Christopher Thomas Saulnier for his actions on the scene of a serious motorcycle crash in Charles County.  The complimentary letter is below.

Congratulations on a "Job Well Done" to Fire Fighter Saulnier.  His actions reflect favorably upon himself as an individual and on the entire Prince George's County Fire/EMS Department. 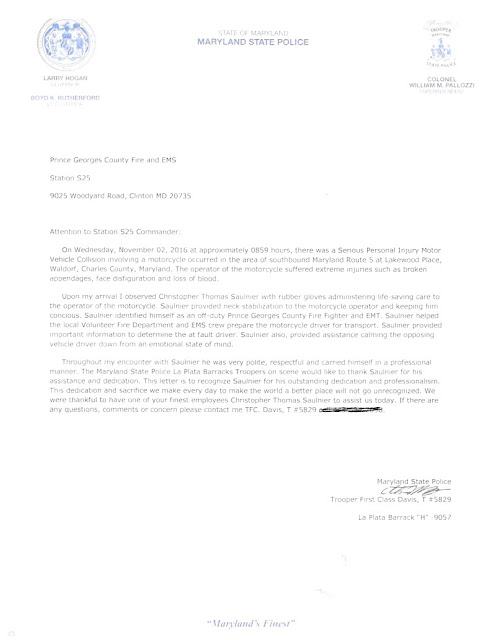 Posted by PGFD at 8:20 AM No comments: Links to this post