On a recent snowy Tuesday Prince George’s County Firefighters were asked to perform a rescue by a concerned pet owner.  At about 1:15 pm on January 21, a resident and owner of a pet hawk called firefighters and asked for their assistance in rescuing “Kate.”  Firefighters from the Fort Washington Fire/EMS Station 847 went to a private residence in the 3500 block of Danville Road in Accokeek along with a tower ladder truck from the Accokeek Station #824.  Firefighters observed the distressed hawk and assessed the risk versus benefit value and determined a safe rescue could be made.  By firefighters performing the rescue with all appropriate safety measures in place also meant that the pet owner would not attempt a rescue and potentially injure himself.

Firefighters could see Kate with her leash tangled on a tree branch approximately 40 feet in the air.  The hawk could not right itself and was hanging upside down desperately flapping her wings in attempts to free herself.   A Fire Captain determined that the Accokeek tower could safely extend up to the bird and positioned the apparatus to make the rescue.  The tower crew ascended up in the bucket of the aerial device and successfully released Kate without complication.  Kate showed no significant injuries and was turned over to a relieved owner.

The entire event took about 40 minutes to complete.  The Fire/EMS units on the scene remained available for any emergency incident that may have occurred in the area during this rescue.

This is not the first avian and pet rescue performed by the crew from the Fort Washington Station.  They rescued a seagull entangled in fishing line, a cat from within the walls of her house and a dog trapped under a tree all within the past year.

All images courtesy of PGFD 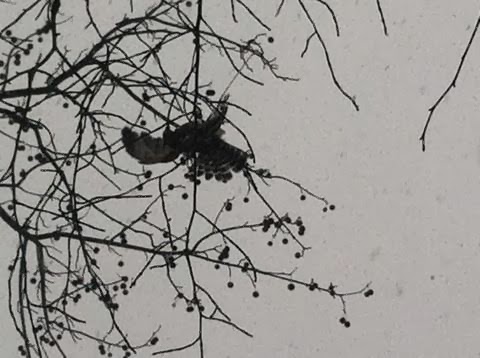 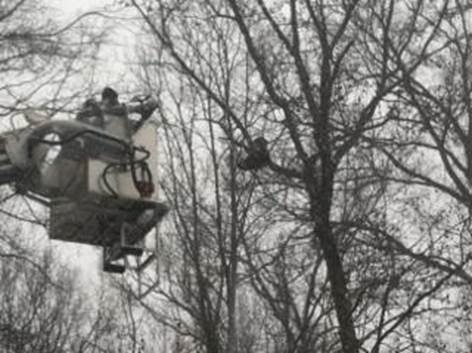 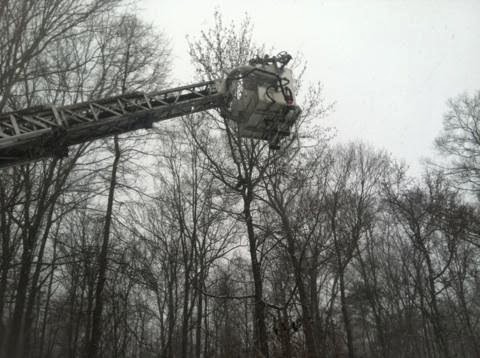 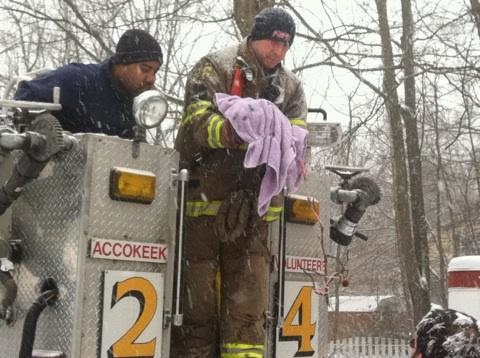 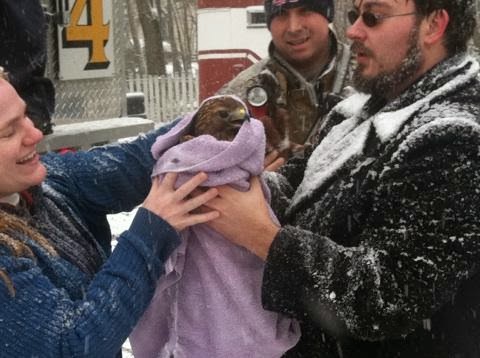 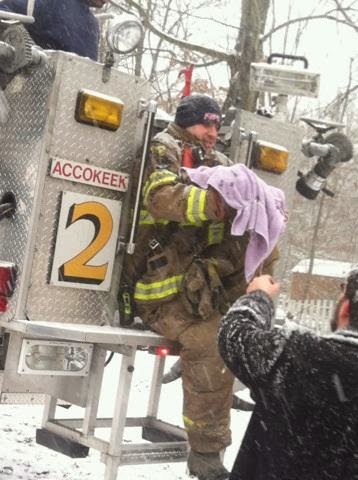 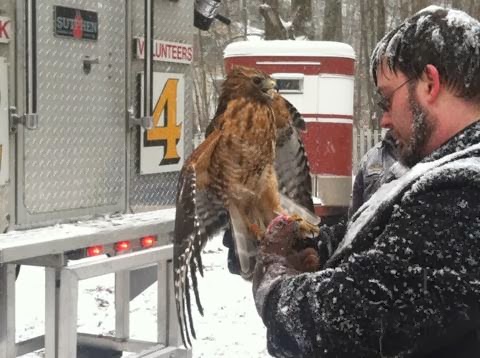 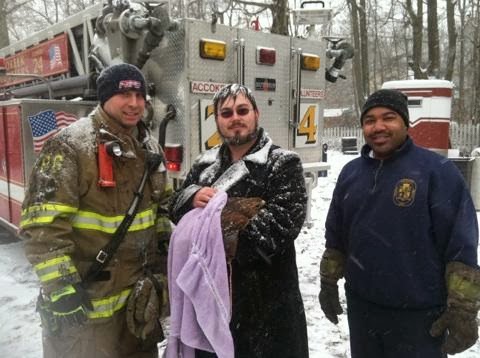 Posted by PGFD at 6:40 PM No comments: Links to this post