Prince George’s County Firefighters as well as personnel from Anne Arundel, Montgomery, Howard and the District of Columbia battled a fire today at a building under construction in College Park.   The Fuse 47 building was slated to have about to 250 apartments, retail stores and a parking garage and was scheduled for occupancy in July 2017.

At about 9:35 am, Monday, April 24, firefighters were alerted to a fire in a building still under construction.  When firefighters arrived at 4700 Berwyn House Road in College Park they found a 7-story mid-rise commercial/residential building with fire showing from 6th floor on the building east side.  As firefighters stretched hose lines and alerted construction workers to evacuate the building the fire rapidly extended to the top floor and roof.  Firefighters were soon evacuated from interior firefighting and extinguishment was left to master water stream devices on ladder trucks.

5 Alarms were sounded with over 200 firefighters and medics working to extinguish the fire that consumed the roof of the city block long building until mid afternoon when the fire was considered contained and under control.  The firefight will continue throughout tonight and into Tuesday morning.  Hotspots and hard to reach areas continue to burn.  Firefighters will remain on the scene flowing water into the structure.  No firefighters are being allowed to re-enter the structure.

Today’s rainy weather caused the thick smoke to lay close to the ground and forced the relocation of 68 residents of the senior city building across the street to relocate.  Residents of the Gladys Spellman House were relocated to the College Park Community Center to avoid the smoke that filled their building.  Residents were allowed to return around 7:00 pm.  An adult female resident of the Spellman House was transported to a local hospital after experiencing difficulty breathing.

A firefighter experienced fatigue while battling the fire and was transported to a local hospital for evaluation.  A member of the Office of Emergency Management sustained an injured ankle while operating on the scene.  He was treated and remained on the fire ground.

Fire Chief Benjamin Barksdale was on the scene and thanked the personnel for their hard work in working to extinguish the fire.  “The mutual aid response from our neighboring jurisdictions was much needed, appreciated and put to good use,” said Barksdale.  “Additionally many jurisdictions from throughout the National Capital Region filled in at our stations ensuring the County remained protected with adequate fire and EMS resources.”   Barksdale also thanked the City of College Park, American Red Cross and Ladies Auxiliary of the Fire and Rescue Association for their assistance in providing nourishment throughout the incident.  “I also want to acknowledge the personnel at Public Safety Communications that coordinated the dispatch of 5 Alarms with 200 personnel and apparatus and ensuring the transfers and fill-ins of our stations,” said Barksdale.

The cause of the fire remains under investigation.  Estimated fire loss is $39,000,000.  This incident has been the largest suppression effort and the highest fire loss estimate in the history of the Fire/EMS Department.

All images by PGFD PIO Mark Brady unless otherwise noted. 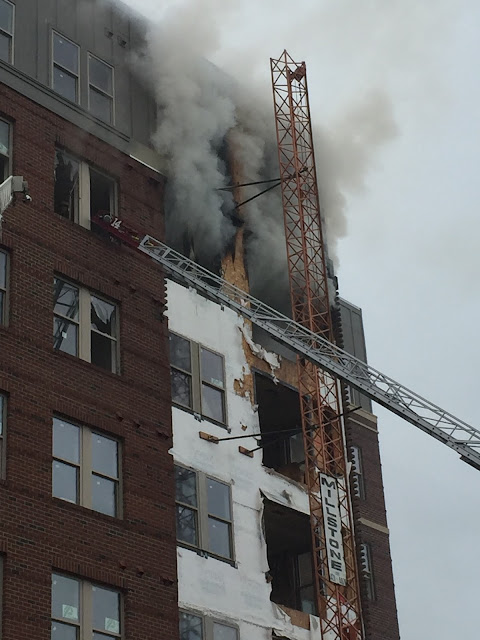 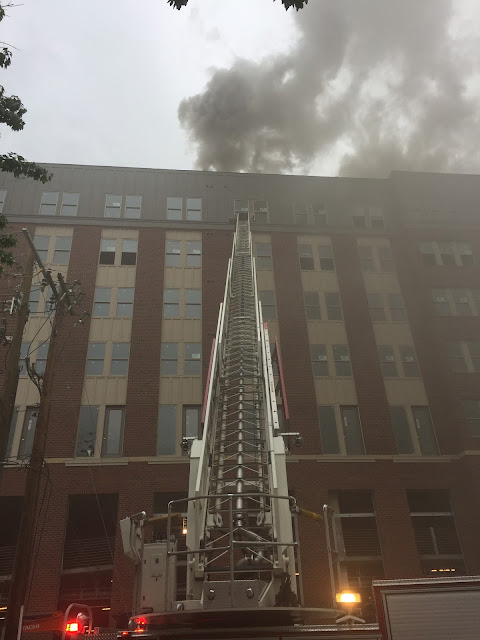 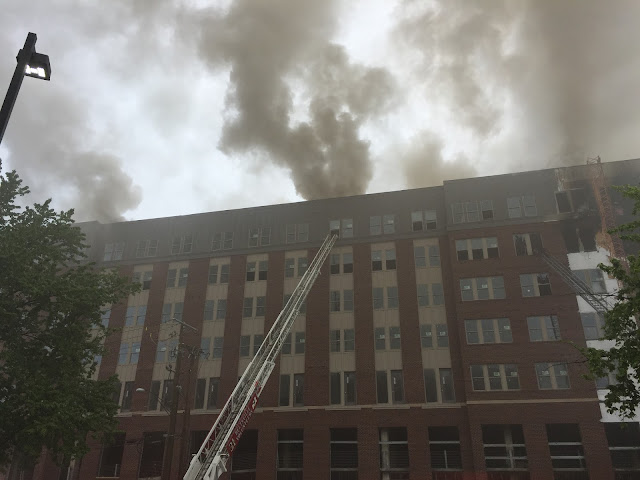 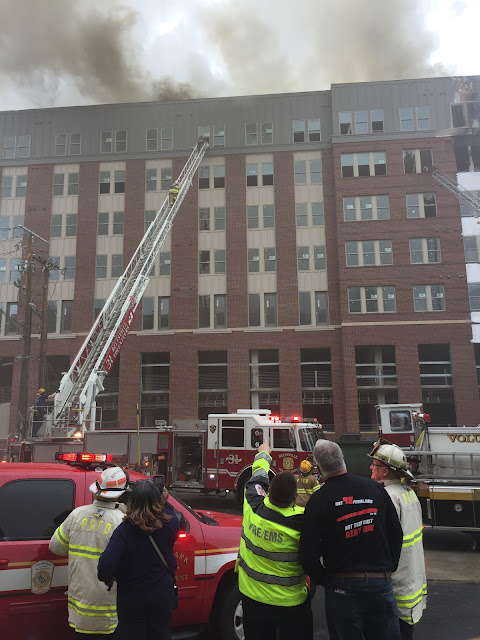 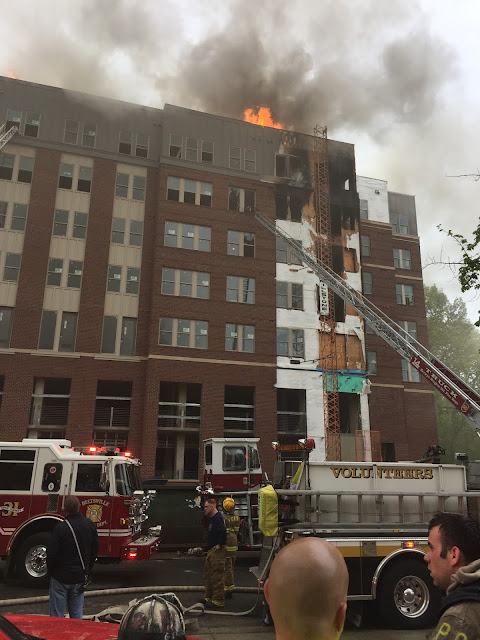 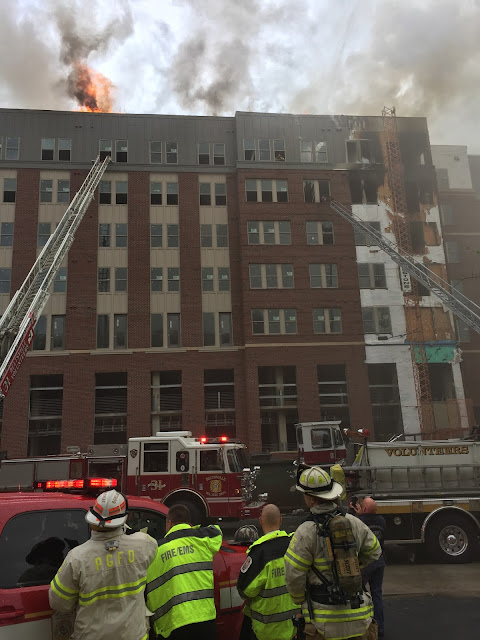 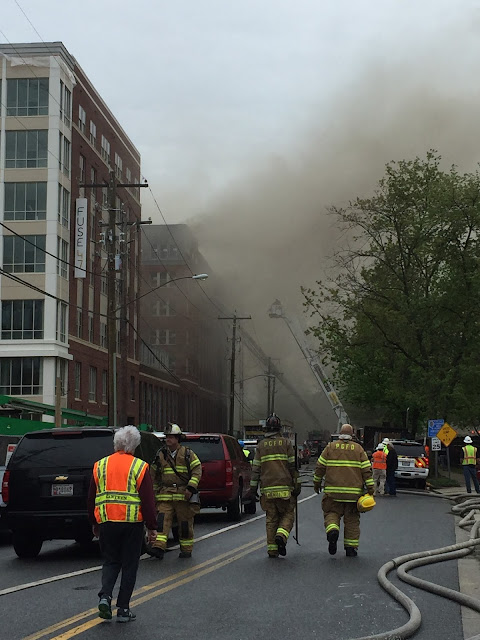 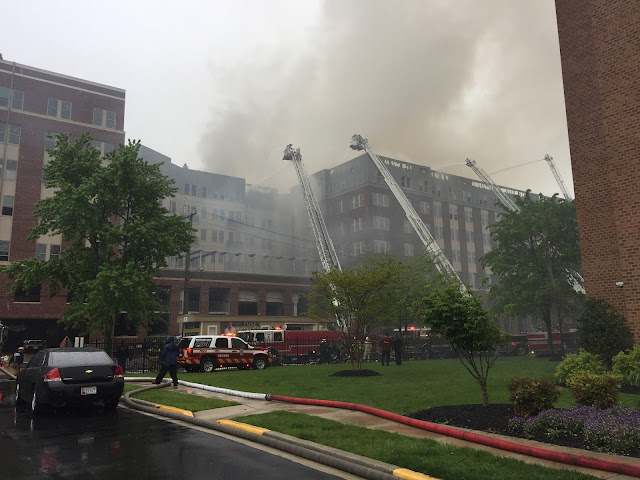 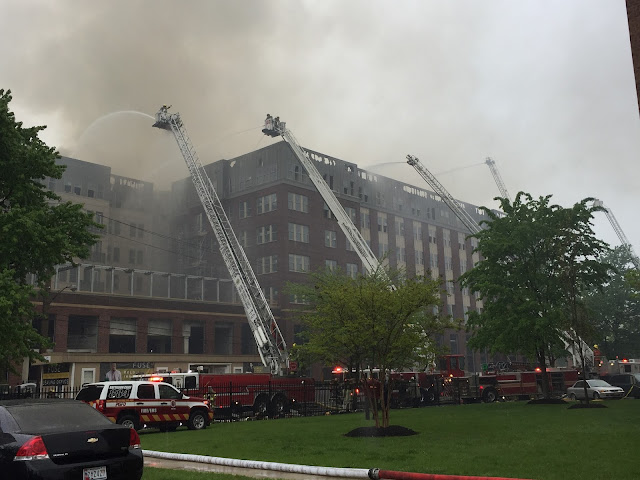 Posted by PGFD at 9:58 PM No comments: Links to this post