WTOP Radio William Vitka recently aired a story on the District of Columbia Boundary Stones.  In the story Vitka states, "D.C.'s 40 boundary stones were set in place at the behest of President George Washington in 1791 to designate the border of the nation's capital. Like everything in America, there’s a story to the boundary stones. And, like everything in Washington, it’s a precarious, convoluted mess of politics, money and geography."  Firefighters added one more story to one stone in particular.

During the story mention was made of one boundary stone, "NE3" that caught the interest of Prince George's County Firefighters.  This boundary stone is located 144 feet northwest of Eastern Avenue and Chillum Road at the edge of a commercial parking lot on the Maryland side of Eastern Avenue, just south of New Hampshire Avenue in Prince George's County.

Firefighters that work at the nearby Chillum Fire/EMS Department 844 made note of the mention the area around the stone was cluttered with trash and in a state of disrepair.  The crew from D-Shift took it upon themselves to visit the boundary stone and found exactly what Mr. Vitka had reported.

"Our shift went over and cleaned up the litter, removed weeds, and a small tree," said Fire Captain Danon Ushinski. "The area is worn due to erosion and a pathway to apartments."

Ushinski and crew contacted the Home Depot of Hyattsville and explained their mission.  The Home Depot donated mulch, soil and flowers for the spot.

Ushinski has vowed that firefighters will continue to go by the historical site and check to ensure it is maintained.

When told of the actions of his firefighters, County Fire Chief Ben Barksdale stated, "The positive community-based actions of our personnel never cease to amaze me.  To hear a news story about something in their first due response area and respond the way they did is absolutely going above and beyond the call to duty.  My sincerest thanks to WTOP and to our firefighters at the Chillum Station for taking these positive actions to improve our community."

The first two images demonstrate Boundary Stone "NE3" when firefighters from 844-D shift arrived.
The second two images show work in progress.
The final image is the way they left NE3.
All images are courtesy of PGFD. 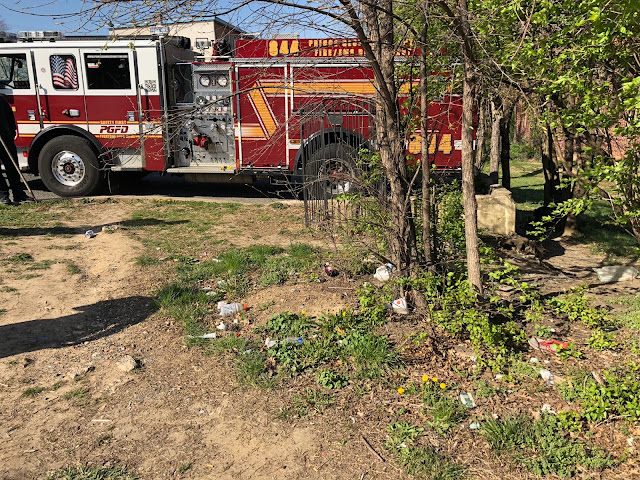 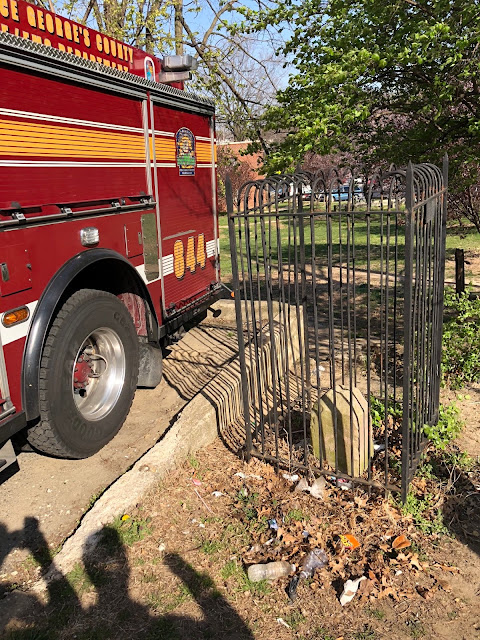 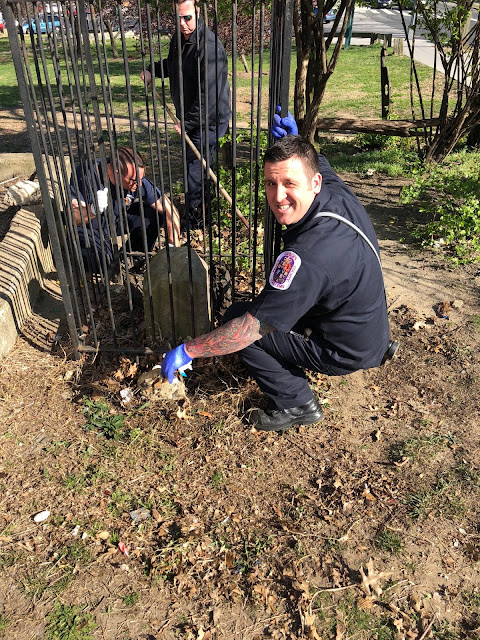 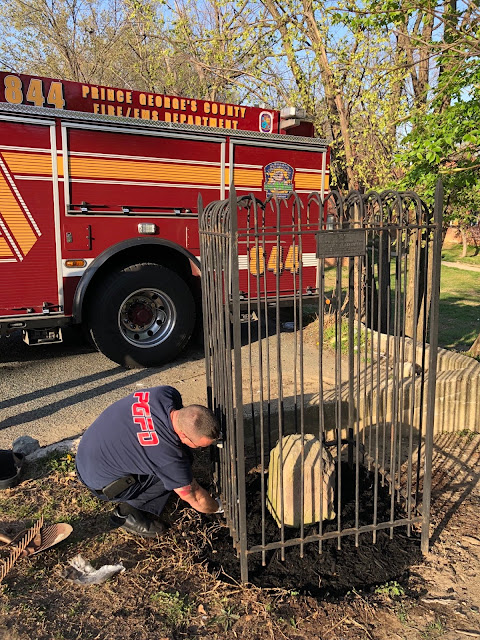 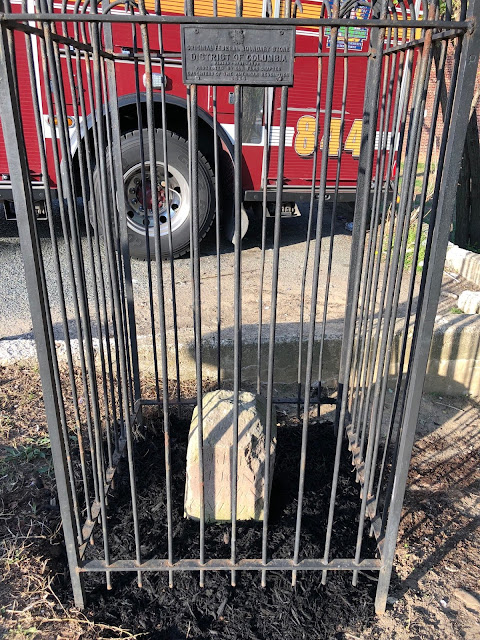 Posted by PGFD at 12:09 PM No comments: Links to this post