Doc and O2X: A Formula for Success

Doc and O2X: A Formula for Success


As part of the Prince George’s County Fire/Emergency Medical Services (EMS) Department’s initiative to focus on the wellness and fitness of our members, the third O2X Human Performance Program was held in April 2019. The core objective of O2X of is to help firefighters and other tactical athletes improve their physical and mental readiness and increase their productivity. This revolutionary training and education program is saving lives and building healthier, safer communities.


Firefighter/Medic Captain, Brian “Doc” Dougherty, 19-year member of the Department, has lost 20 pounds as a result of his participation in the O2X program. When asked what motivated him to give the program a try, he stated, “Initially, it was that the Department was putting on this program and wanted everyone to go through it. But on a more personal note, I had gotten to a point where I wanted to be in better physical condition. So, here was the Department offering something to actually give me guidance to accomplish this goal.” 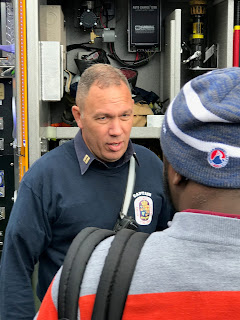 Captain Dougherty boasts of having an overall sense of wellness. “I feel better and am able to do more stuff, which is essential in this profession. When I became a firefighter, I was already older than the individuals who started recruit school with me,” he says. “As an officer, I want to be both a source of encouragement and a role model to those who are just getting started in this profession. If I can inspire them—even if only one—to take their physical welfare seriously, they will likely have long and healthy careers.”


For Doc, getting a handle on his eating habits—what, when, and how much—was the most challenging part of the program. “There is no definitive break time in this career. In most instances, you have to eat when you can. Knowing that at any moment an alert could sound for an incident, you tend to gorge. Some of those days, you don’t run the calls that would allow you to burn off all the food you ate. Over time, shift after shift of undisciplined eating is naturally going to cause the numbers on the scale to rise,” he explained.


“One of the things I learned in the O2X program that really works for me is to drink water before meals. Your stomach is the size of your fist, and since your body is mostly water, you fill up pretty quickly. As much as possible, making healthier food choices is best. However, if you’re not eating the healthiest foods, it’s likely you won’t eat as much if you drink water first.” Doc understands as well
as the next person that there will be times when we are going to eat what we like, healthy or not. “Having some of the not so healthy foods I like,” he says, “is not so bad as long I don’t overindulge. The idea is discipline and moderation, not deprivation.”


The O2X program is a holistic approach to mind and body wellness. Each participant receives the same information but uses it in the way that best works for them. Captain Dougherty lives five miles from Fire/EMS Station 818 where he is assigned. Prior to transitioning to shiftwork, he began riding his bicycle to work every day. “I now bike on my days off, often putting in 30 to 50 miles on some days. I’ve even found a group that rides on the weekend!” he said.


Although Doc was active prior to beginning O2X, he admits that his level of activity was not compensating for what he was eating. The result, of course, was weight gain. He attributes the program with helping him confront his poor eating habits. “This,” he says, “was the key part for me. As I stated previously, each participant uses the information in the way it best suits them. This was my take away from the program.”


Each participant in the program was given a textbook and a workbook that allowed them to track their progress. Doc says, “Taking the information to heart and applying it is really what determines a successful outcome for the participant.” The O2X program’s methodology—Eat. Sweat. Thrive. —addresses the heightened stress levels, work/life balance issues, high-risk activities, and disproportionate rate of job-related injuries that have long been accepted as part of the day-to-day lives of firefighters. “It is imperative that all three components are in place. I was exercising, and I still gained weight. Healthy eating, exercise, and mental wellness all go hand-in-hand,” says Doc.

Today, Captain Dougherty weighs eight pounds less than when he began his career with the Fire/EMS Department 19 years ago. “I feel great, have more energy, and am in better shape now than I was at the start of my career,” he says. When asked if he would recommend the O2X program, he responded, “I absolutely would recommend the program. However, the most important thing is to get started with whatever programs or tools that are available to you. If you keep in mind that success is not the destination but the journey along the way, you will do just fine.” 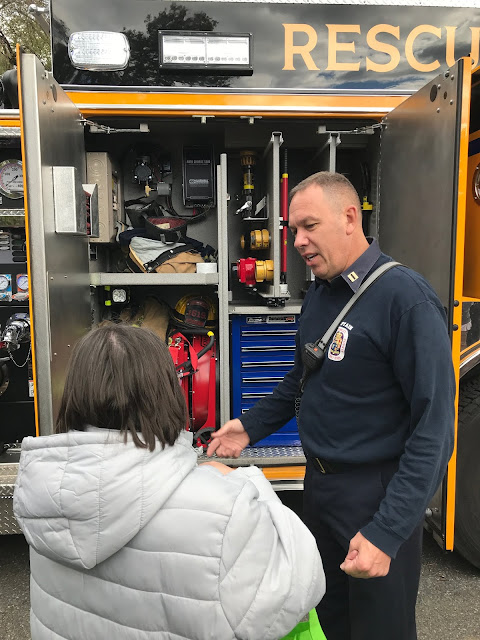 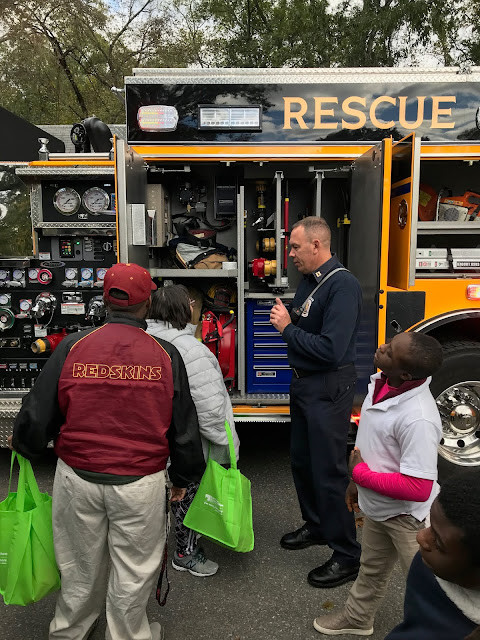