It is with profound sadness that the Prince George's County Fire/Emergency Medical Services Department makes the unfortunate notification that a second victim has succumbed to injuries sustained in a Capitol Heights house fire that occurred on Wednesday, August 8, 2012.

Ricky Cole, 15-years-old, DOB of May 11, 1997, was pronounced at about 1:30 pm, today.  He was hospitalized at the Medstar Washington Hospital Center Burn Unit

The combined membership of the Fire/EMS Department offer our sincerest condolences to the family and continue to pray for the recovery of the remaining family member still hospitalized.
Posted by PGFD at 5:14 PM No comments: Links to this post

Firefighters returned to the community that is grieving the loss of a young girl after a fire consumed her house yesterday.  They were not there this time to fight a fire they were there to prevent fires and injuries from occurring.

Fire Investigators determined the cause of the fire at 6330 Carrington Court is “accidental” and attributed to an overloaded electrical component.  It appears that a window air conditioner was being powered through a residential style extension  cord and a power strip.  Manufacturers guidelines for these types of large appliances call for them to be plugged directly into a wall plug and extension cords or power strips should never be used.  This is true for any large appliance.  An extension cord is not capable of handling the electric load pulled from large appliance, will overheat and cause a fire.

Firefighters armed with smoke alarms, home escape planning information and knowledge of yesterdays fire cause went door-to-door along Carrington Court and Booker Drive visiting with members of the community.  Firefighters were able to discuss the fire and it’s cause and used this opportunity to check on window AC units.  Smoke alarms were checked and if needed, a new alarm was installed.  There were several instances where firefighters found the AC units using an extension cord or power strip.  With the owners consent, firefighters corrected the issue before leaving the home.

The fire on Wednesday, August 8, occurred just after 4:30 pm.  Three occupants were in the home on the second floor taking a nap when the fire broke out.   A 24 year-old man awakened to a sounding smoke alarm and tried to reach his 5-year-old daughter and 15-year-old-brother, however, the fire that started in the living room on the first floor had already extended upstairs.  Intense heat and thick smoke filled the second floor and he was forced to use a second floor window as a means of egress.  Firefighters arrived and rescued the 2 occupants from the second floor and immediately initiated treatment including CPR.

Despite the very best effort afforded the young girl by firefighters, a police officer, paramedics and hospital staff she succumbed to her injuries around 8:00 pm last night.  She is identified as Jade Buffaloe, date of birth May 13, 2007, of the Carrington Court address.

If there is anything that can be taken away from this tragic incident is that everyone should:

If any citizen or business would like a firefighter to come to their house to inspect smoke alarms, CO detectors and receive information on fire safety items, including escape plans please call our Safety First – Everyone Goes Home program at 301-864-SAFE (7233). 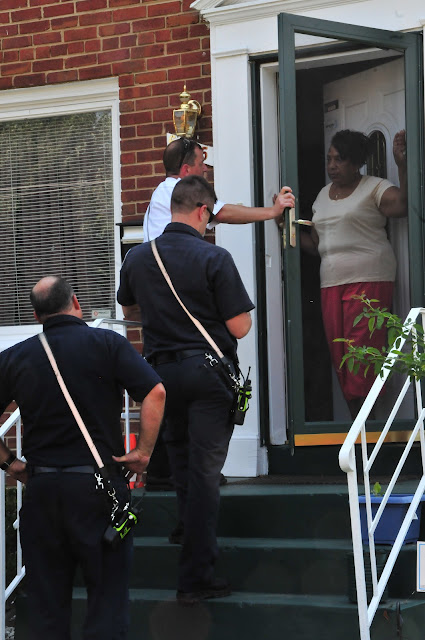 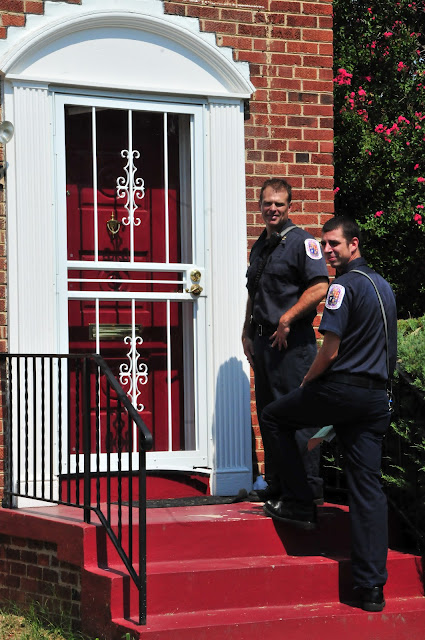 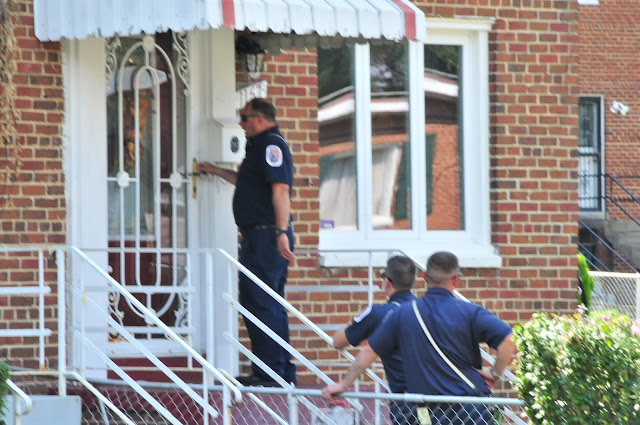 Posted by PGFD at 1:38 PM No comments: Links to this post

Cause of Fatal Fire is Accidental

Fire Investigators have determined the cause and origin of a Capitol Heights fire that claimed the life of a 5-year-old girl and critically injured her father and uncle.

The cause of the fire has been determined to be accidental and attributed to an overloaded electrical circuit.  The fire began in the first floor living room that is just inside the front door of the house.  Fire loss is estimated at $150,000.

The family living in the attached home has been displaced.  The two adults, 1 child and a dog will be making their own arrangements for housing.

No medical update as of this morning.  The last check was that the 24-year-old male and the 15-year-old male remained in critical condition at the Burn Unit.

The home was equipped with two working smoke alarms.  The chain of events leading up to the smoke alarms activating and after they sounded remains under investigation.

Volunteer and career firefighters will return to Carrington Court this morning at 10:00 am.  The Post Incident Neighborhood Intervention Program (PINIP) will be conducted in the community surrounding the tragic incident.  Firefighters will go door-to-door discussing the incident with neighbors, checking smoke alarms and discussing the need to plan and practice a home escape in the event of a fire.

Any citizen may call upon the Fire/EMS Department to visit their home before an emergency and have their smoke alarms checked and help plan a home escape.

If needed, smoke alarms will be installed and the resident instructed on how to test the alarm on the first of each month and to change the battery at least once a year.  To receive our Safety First-Everyone Goes Home visit call 301-864-SAFE.  If needed, carbon monoxide detectors are also available. 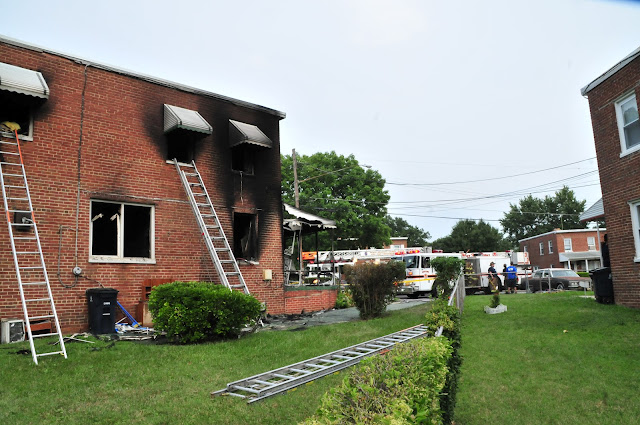 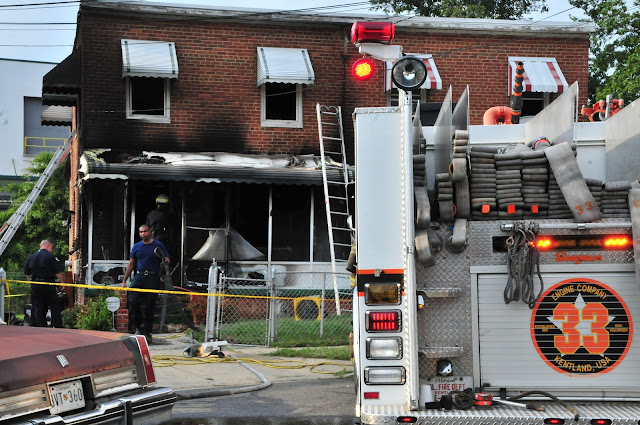 Posted by PGFD at 7:28 AM No comments: Links to this post