A teen-aged male was injured while performing community service at a Fire/EMS Station. Just before 3:00 pm, Friday, August 27, 2010, an approximately 18-year-old male sustained injuries when he fell through a skylight on the roof of the Greenbelt Fire/EMS Station and dropped approximately 15 feet to the floor below.


The teen was using a leaf blower to remove debris from the roof of the station when, for whatever reasons, fell through the skylight. He was immediately tended to by firefighter/Medics working at the station. He was transported by paramedics to a Trauma Center for evaluation and treatment. His injuries are not considered life-threatening and he remained conscious and alert.

The City of Greenbelt Police Department, as well as the Prince George’s County Fire/EMS Department, will be reviewing the circumstances of this event.
Posted by PGFD at 5:10 PM No comments: Links to this post

Media Contact: Mark E. Brady, Chief Spokesperson, 240-508-7930
Story by: Acting Fire Fighter/Medic Lieutenant Jaimee L. Joroff
Choosing a career as a firefighter comes with inherent and obvious challenges and dangers. There is a risk of injury and death on every call for help that you respond to. There are also many benefits and rewards by being a member of such a noble profession; to be trained to help others at possibly the worst moment in their life and the feeling of accomplishment.
It is important for firefighters to maintain their physical and mental well-being by resting and participating in enjoyable activities on days off. Many firefighters enjoy off-duty activities such as softball, hockey, skiing, fishing, cooking, gardening, coaching youth sports and travel. Some firefighters attend classes in hopes of completing advanced educational degrees, however, one firefighter, in addition to activities listed above, choose to use his time off to conquer one of the most challenging activities imaginable. To ascend and reach the top of Mount Rainier, the 14,410 foot active volcano, not the city near where he works.
Fire Fighter/Medic Technician Andrew J. Lynch successfully completed this tall task on his second attempt this year with a friend that resides in Washington State. Mt. Rainier is known as a brutal and difficult climb, whose dangers equally challenge the novice as well as the most experienced mountaineers. Mount Rainier, the most heavily glaciated peak in the contiguous United States, offers an exciting challenge to the mountaineer. Reaching the summit requires a vertical elevation gain of more than 9,000 feet over a distance of eight or more miles. Climbers must be in good physical condition and well prepared. Proper physical conditioning can offset the effects of fatigue that lead to mistakes and injuries. Weather, snow, and route conditions can change rapidly, making the difference between a pleasant and rewarding experience or tragedy.
Lynch first attempted the summit in May of 2010. The trek to the summit is typically a three day approach and it was on the final day that his team encountered severe weather and avalanche conditions and were forced to turn back. While reaching the top might seem like the ultimate challenge, their return to base camp was the real struggle for survival as Lynch and his team trekked through darkness, blinding snow, driving ice, and 80 mile per hour wind-gusts. Lynch and his team safely made it back to base camp. A week later, another climbing team would not be so lucky, becoming caught in the same conditions and buried in an avalanche. Of that team, several climbers went missing and one died.
Fire Fighter/Medic Technician Lynch returned to Deale, Maryland where he lives with his wife, Heather, and resumed his normal work routine.  Life went on knowing he "almost" made it to the top.
Perhaps it is that firefighter spirit of "never-give-up" that that drove Lynch to remain determined to finish what he had started and he returned to Washington State in August of 2010. Joined by his friend Owen McGrane, a military Doctor stationed in Seattle Washington and who had attempted the first climb with Lynch, the two rejoined a climbing team and took on the mountain for a second attempt. This time, persistence and preparation trumped weather conditions and the team reached the elusive Summit of Mt. Rainier.
Lynch, a 10-year member of the Prince George’s County Fire/EMS Department, is assigned to the Bunker Hill Fire Station 855 which covers the areas of Brentwood, Cottage City and ironically, Mt. Rainier. 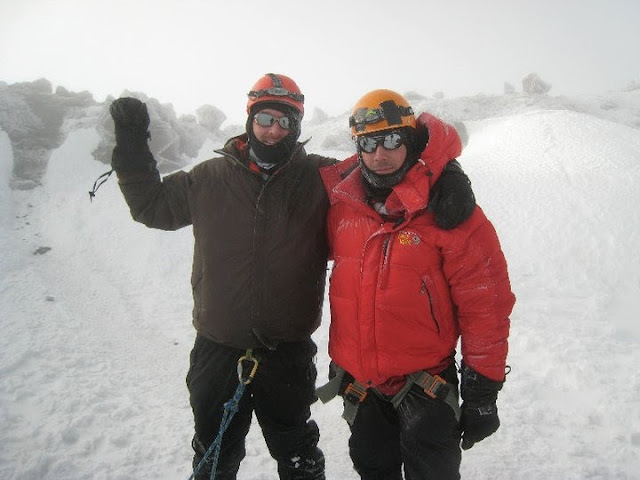 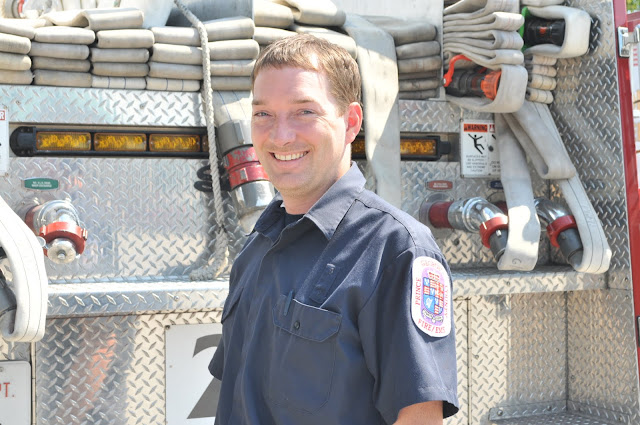 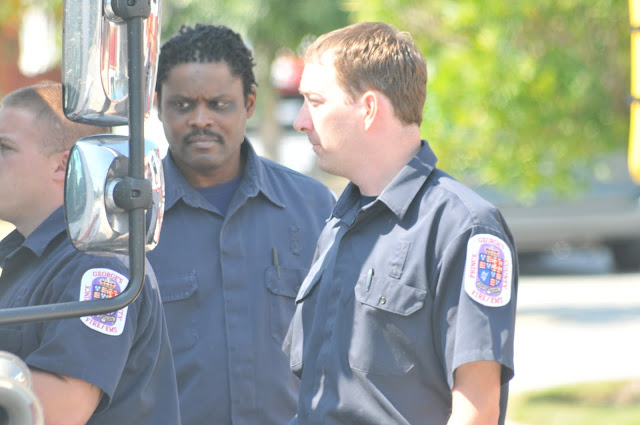 Posted by PGFD at 2:19 PM No comments: Links to this post