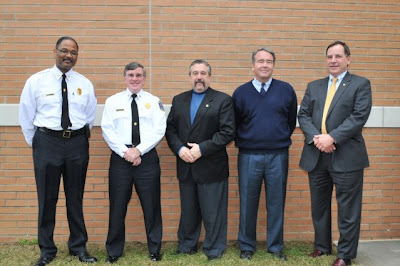 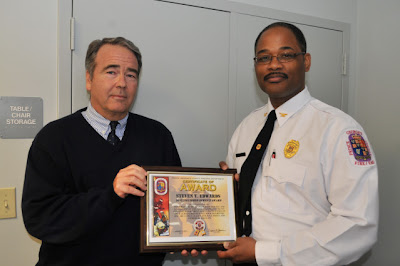 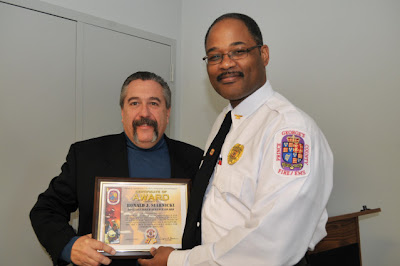 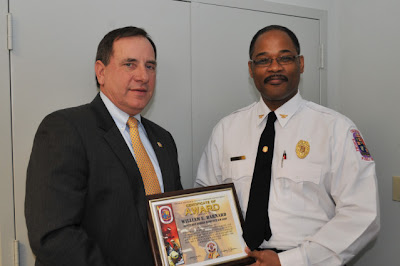 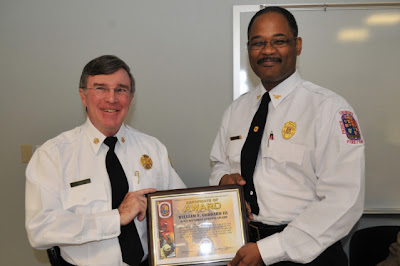 William F. Goddard and Fire Chief Jones
Prince George’s County Fire Chief Eugene A. Jones announced today his selection for the first five inductees into the Fire/EMS Department Hall of Fame. Fire Chief Eugene Jones announced at a breakfast meeting today that five long-serving former leaders of the Department will be the first five names listed on the elite plaque. An event honoring these individuals was held today, Wednesday, January 20, 2010, at the Northview Community Fire/EMS Station in Bowie. Fire Chief Jones honored M.H. “Jim” Estepp, Steven T. Edwards, Ronald J. Siarnicki, William E. Barnard and William F. Goddard III. These former leaders each played a key role in the formation of the Fire/EMS Department and their legacy is a part of the Departments history. These five were chosen specifically for their leadership role, being a mentor for Fire Chief Jones throughout his career and for their careers after departing the Department. Chief Jones stated, “The men we honor today are giants in the fire service and I had the privilege to work with each of them in various capacities.” He concluded by saying, “Each of them set a foundational stone in my life.”
The ceremony was the first of many events that will be held throughout the course of this year honoring the 40th Anniversary of a Charter Form of Government in Prince George’s County that created one of the largest, the busiest and the very best combined, volunteer and career, Fire/EMS Departments in the Country, if not the world.
Fire Chief Jones also used the occasion to officially release the 40th Anniversary logo that will be used this year to mark this significant milestone. The logo is surrounded by the names of all those that have served as a County Fire Chief and contains the logos of the Volunteer Association and Firefighters Union signifying our combined service.
Four of the honorees spoke at the event and recounted their time spent with the Department which laid the foundation for their future careers. M.H. “Jim” Estepp was unable to make today’s event. Their comments proved to be motivational for the command staff that had gathered to honor them.
Each honoree received a Distinguished Service Award from Fire Chief Jones. The Award stated:
IN RECOGNITION OF YOUR MANY YEARS OF DEDICATED SERVICE AND LEADERSHIP OF THE PRINCE GEORGE’S COUNTY FIRE/EMS DEPARTMENT AND IN RECOGNITION OF YOUR ACHIEVEMENTS SINCE YOUR DEPARTURE. YOU ARE A TRUE LEADER AND ROLE MODEL FOR OTHERS TO EMULATE.
The honored individuals each has an extensive resume in the fire service, education, management and are heavily decorated with awards and honors. Honored today:
M.H. “Jim” Estepp – Former County Fire Chief, nationally recognized fire service, elected, business and civic leader.
Steven T. Edwards – Former County Fire Chief and currently Director of the Maryland Fire and Rescue Institute.
Ronald J. Siarnicki – Former County Fire Chief and currently Executive Director of the National Fallen Firefighters Foundation.
William E. Barnard – Former County Deputy Fire Chief and currently State of Maryland Fire Marshal.
William F. Goddard – Former County Deputy Fire Chief and currently Fire Chief of Howard County, MD, Department of Fire and Rescue.
Posted by PGFD at 2:19 PM No comments: Links to this post 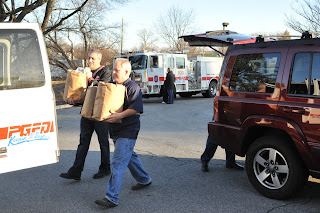 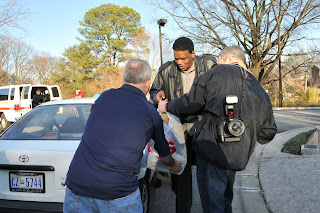 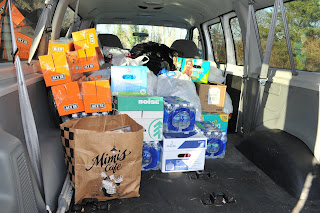 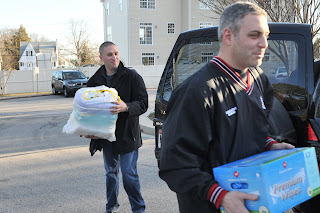 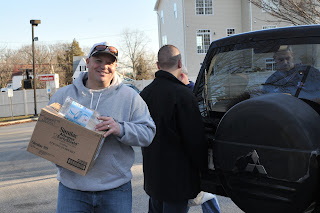 A steady stream of cars filled with people wanting to make a difference and help the victims of the Haiti earthquake lined the driveway to the Prince George's County Fire Services Building in Landover Hills. The Prince George's County Professional Firefighters and Paramedics Association, International Association of Fire Fighters (IAFF)Local 1619, accepted donations on, Monday, January 18, 2010, from 2PM until 4PM. The donations of non-perishable food items, baby care items, over-the-counter medications and personal care items were more then expected and additional vehicles had to brought in to accommodate all the donations. IAFF Local 1619 President Andy Pantelis stated, "Whenever we ask for help with donations after disasters, our citizens and residents never disappoint and today's effort was humbling to be a part of. Everybody wants to do something to help."
Items donated were delivered to the Haiti Embassy Collection warehouse.
Posted by PGFD at 12:03 PM No comments: Links to this post 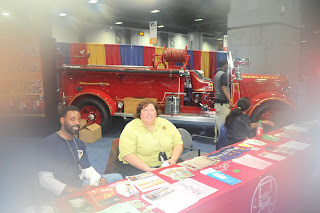 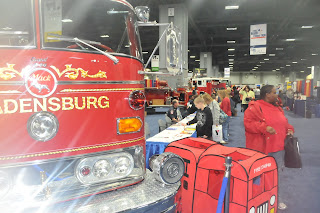 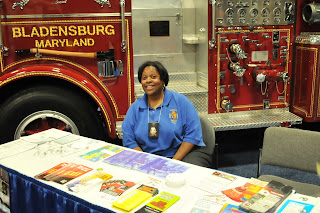 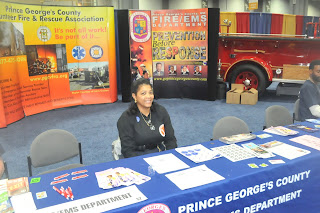 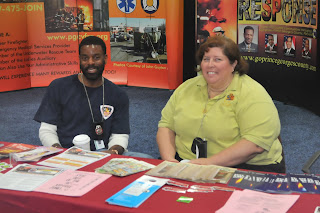 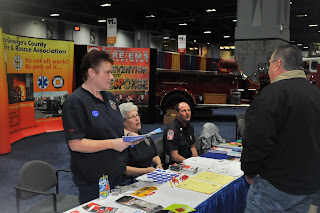 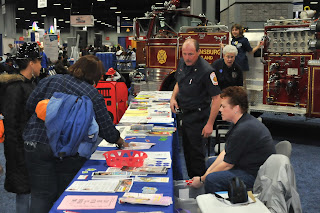 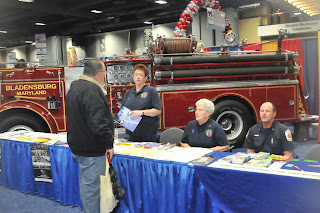 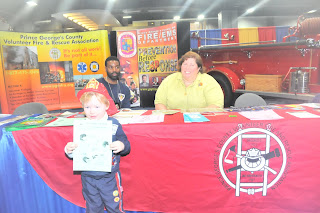 The Prince George’s County Fire/EMS Department participated in the NBC 4 Health and Fitness Expo this past weekend. On Saturday and Sunday, January 16-17, 2010, personnel the Office of Public Information and Community Outreach and the Prince George’s County Volunteer Fire and Rescue Association staffed an area providing fire safety and injury prevention material to thousands of Expo visitors. The area was easily identifiable by the display of two pieces of antique fire apparatus. Special thanks to the Greenbelt Volunteer Fire Department and Rescue Squad, Inc. and the Bladensburg Fire Department and Rescue Squad, Inc. for making these vintage pieces available. This event would not have been possible without the assistance and staff from the Prince George’s County Volunteer Fire and Rescue Association and Fire/EMS Department Explorers that spent many many hours preparing and staffing our area with personnel from PIO/Community Outreach.
Posted by PGFD at 11:54 AM No comments: Links to this post