At about 3:45 pm today a crash involving 3 school buses occurred in the 7600 block of Croom Road near Route 301 in Upper Marlboro. The buses has just departed Fredrick Douglas High School and were loaded with students going home. A low speed rear end collision occurred involving the 3 buses while in line waiting for the traffic light at Route 301.  A total of 75 students were triaged on the scene by paramedics with a total of 34 students being transported. All injuries are considered very minor. School officials notified parents of the children transported. 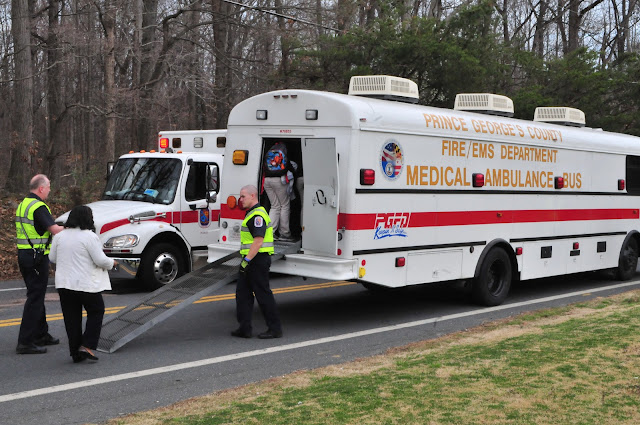 Posted by PGFD at 4:40 PM No comments: Links to this post