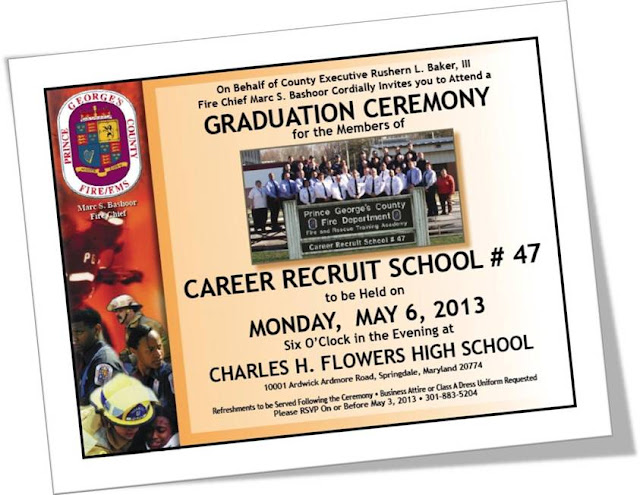 Posted by PGFD at 9:39 AM No comments: Links to this post

Between 2008-2010, an estimated 16,800 intentionally set fires in residential buildings occurred annually in the United States. These fires resulted in an estimated 280 deaths, 775 injuries and $593 million in property loss each year.

The Fire/EMS Department Office of the Fire Marshal is the primary agency to investigate crimes of arson.  Our Fire Investigators have full law enforcement powers to investigate, arrest and charge any person that is believed to have committed arson.

The Prince George's County Fire/EMS Department, Office of the Fire Marshal and the United States Fire Administration (USFA) are joining forces to inform citizens, visitors and businesses that steps can be taken to help reduce crimes of residential arson.


Illuminate Exterior and Entrances
Install lights covering all sides of the house. Motion-activated lighting, which is inexpensive, should be placed near the entrances. Interior lights on timers give the illusion a residence is occupied.
Install Burglar and Fire Alarm Systems
Alarm devices can be inexpensively wired to transmit an alarm to the police or fire department. Check the cost of contracting with a security firm for response to alarms.
Trim or Remove Shrubbery That Obstructs the View of the House from the Street
Make sure that nothing blocks the view of the house. During the growing season, bushes and trees may need to be trimmed frequently.
Keep Doors and Windows Locked and Bolted
All external doors should be equipped with dead bolts. A simple locked door could be the deterrent that saves a house from arson. The hardware used to lock windows can sometimes be easily forced open with a credit card or other tool. The best type of window hardware has spring-loaded bolts that insert through the window frame into the wall frame.
Clean House
Oftentimes, arson is a crime of opportunity. Remove excess vegetation and piles of leaves. Clean around your house and garage, removing unused and unneeded paper, trash, cleaning supplies, partial cans of paint and other materials that could become kindling and fuel a fire for an arsonist.
Equip Homes with Smoke Alarms and a Fire Sprinkler System
The combination of working smoke alarms and home fire sprinklers reduces the likelihood of death from fire by more than 82 percent. The most effective fire loss prevention and reduction measure for both life and property is the installation and maintenance of fire sprinklers.
Establish a Community Arson Watch Program
Learn about the five required steps to establish a Community Arson Watch program.  Form a neighborhood program, and publicize your community’s efforts. Arsonists seldom strike when you are ready for them.
For more information regarding the U.S. Fire Administration’s Arson Awareness Week, go to www.usfa.fema.gov/aaw.
Installing exterior lighting near home entrances and trimming shrubbery to make sure nothing blocks the view of a house can deter a potential arsonist.

If you have information about an incident that could possibly be arson you may contact our Arson Tip Line at 301-77-ARSON (27766) or email fire investigators at 77ARSON@co.pg.md.us.  Tips may be left anonymously and some information may be eligible for cash rewards.

The Fire/EMS Department investigates the crime of Arson thoroughly.  Of particular interest are two open and on-going investigations that we would like to highlight.  Cash rewards have been established in each of these cases.

An arson fire occurred in a vacant home at 6404 57th Avenue in Riverdale on Friday, February 24, 2012, just after 9:00 pm. A reward is available for information leading to an arrest. We are asking for the community‘s involvement and assistance in helping to identify the person(s) responsible for setting this fire.  Seven firefighters were injured while battling this fire.

A number of arson fires have occurred in the City of Laurel.  These incidents include outside fires, playground areas and commercial structures.  A significant reward is available.

You can read more about the Prince George's County Fire/EMS Department and the Office of the Fire Marshal in a recently released Performance Review by clicking here..

Posted by PGFD at 9:21 AM No comments: Links to this post