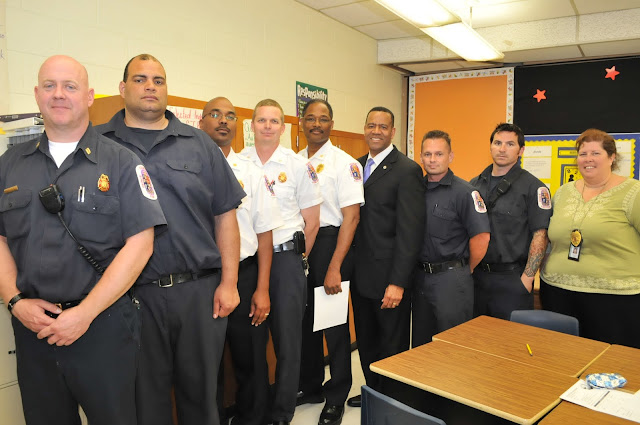 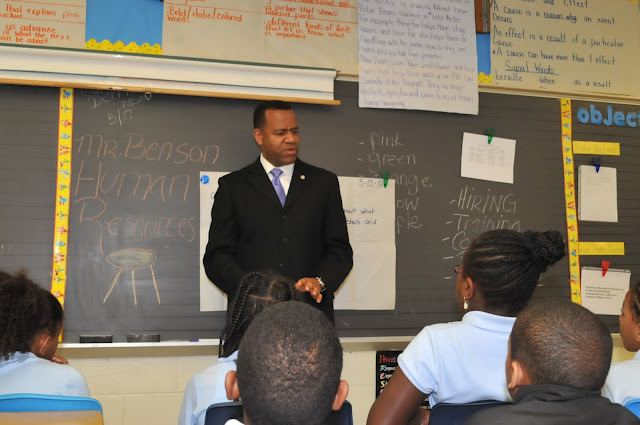 MEDIA CONTACT: Mark E. Brady, Chief Spokesperson, 240-508-7930
The Prince George’s County MD Fire/EMS Department was pleased to assist the United States Fire Administrator today with a “career day” visit. Kelvin J. Cochran, U.S. Fire Administrator for the Federal Emergency Management Agency's United States Fire Administration, participated in a career day at the Skyline Elementary School in Morningside. On Thursday, May 13, 2010, Chief Cochran spent the afternoon addressing three classes of elementary students. He spoke of his childhood dream and the incident that motivated him to become a firefighter. When he was just 5 years of age, his neighbor’s house was on fire and he watched as firefighters went about doing their job and putting out the fire. Ever since that night his dream was to become a firefighter.

Chief Cochran urged the students to stay out of trouble and continue to go to school and graduate. He stressed to them there is no such thing as an impossible dream. He spoke of his personal childhood dream of becoming a firefighter and hoped that they would see his accomplishments and work hard to reach their dreams. He stated, “Dreams are possible if you work hard.” He spoke of how he grew up as a member of a large family with limited resources and that he eventually fulfilled his childhood dream of becoming a firefighter. He exceeded his dreams by becoming a Fire Chief in Shreveport, LA and Atlanta, GA and now he is the Fire Administrator for the United States of America. 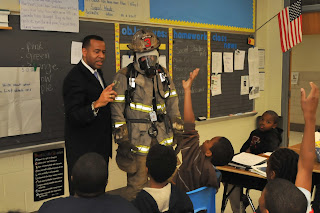 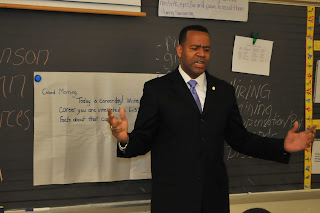 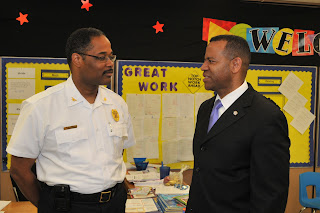 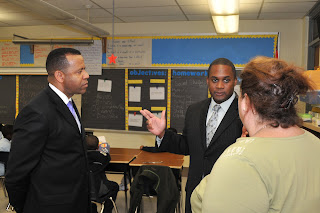 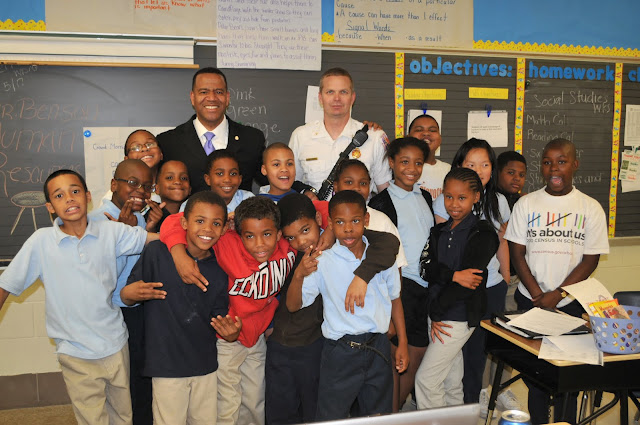 Posted by PGFD at 3:14 PM No comments: Links to this post