A 911 phone call from a District Heights liquor store reporting smoke inside of the building resulted in a "Box Alarm" response from the Prince George's County Fire/EMS Department at around 9:15 am, Friday, August 9.  Firefighters arrived at the 1-story front/2-story rear, flat roof, commercial building at 3611 Forestville Road with smoke showing.

As crews initiated an interior search for the fire they realized the fire was located in an area of the store that could only be accessed from the rear.  Crews negotiated their apparatus and hose lines through a myriad of fences in the rear and soon located a fire burning in an interior wall that extended up to the roof level.  It required about 50 firefighters on-board 11 pieces of fire apparatus 45 minutes to extinguish the fire.  There were numerous additional personnel on the scene including paramedics, incident commanders and support staff.  One firefighter sustained an eye injury  He was transported, treated and released from an area hospital.

Fire Investigators continue their work into the exact cause of the fire, however, they believe it to be accidental.  Fire loss to the liquor store will be significant..  The damage is enough that the store will remain closed for an undetermined extended amount of time.  Monetary loss estimates are still being tabulated.

A convenience store attached to the liquor store sustained some damage from smoke and firefighters gaining access to the fire.  For safety reasons the electricity was turned off to both stores.

Mutual aid assistance from the City of Alexandria and Fairfax County in VA, District of Columbia and Charles County Fire Departments were greatly appreciated as they either operated on the fire ground or transferred in to the County and filled some of our vacant stations. 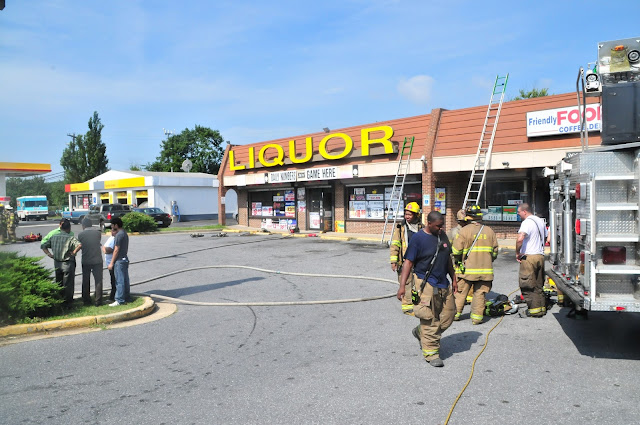 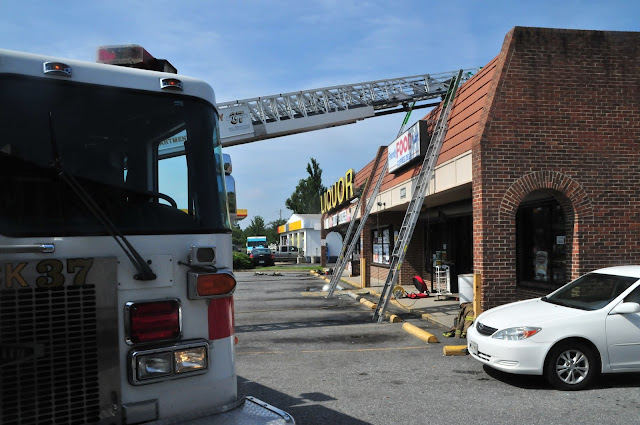 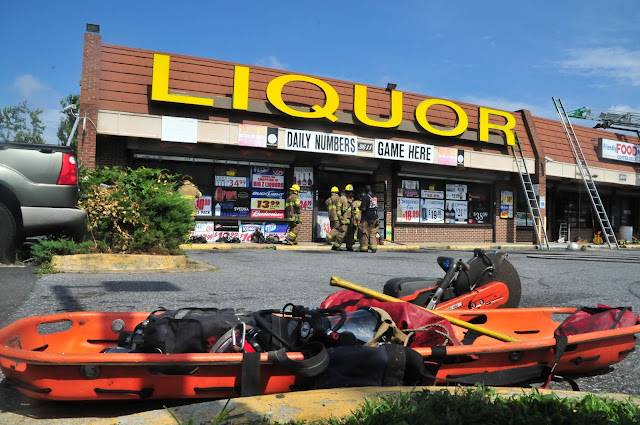 Posted by PGFD at 1:27 PM No comments: Links to this post