An apartment fire was quickly extinguished and several residents assisted out of the building by firefighters in the Oxon Hill area.  just after 12 noon today firefighters responded to 2242 Alice Avenue in the Oxon Hill Village apartment complex.  Firefighters from the Silver Hill Fire/EMS Station was the first arriving piece of fire apparatus and reported heavy smoke coming from the rear of the 3-story front/4-story rear garden style apartment building.  Dispatchers from Public Safety Communications alerted firefighters that residents on the top floor were trapped in their apartments unable to escape due to the heat and smoke in the stairwell.

Firefighters advanced a hand line into the building and initiated extinguishment while another team of firefighters made their way to the 3rd floor to search for the trapped residents.  Firefighters located occupants in two apartments and sheltered in place with them until it was safe to exit down the stairwell.  Medics evaluated the residents and everyone checked out OK.  There were no injuries during this fire.  Firefighters did locate a deceased cat in the apartment of origin.

Firefighters had the fire extinguished with 10 minutes of arrival and limited damage to three apartments.  Residents from those apartment will be displaced.  A total of 6 adults and 2 children received assistance from the County Citizen Services Unit. 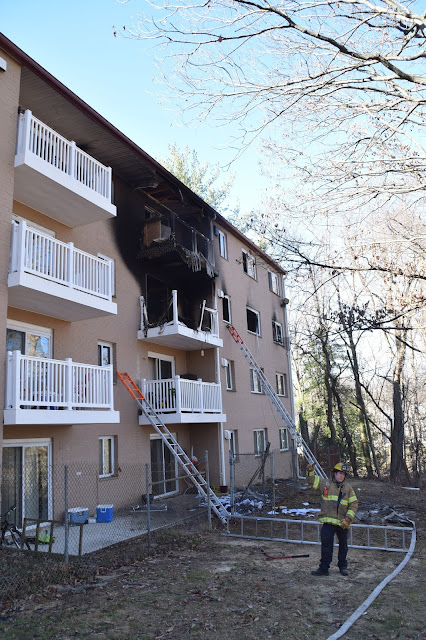 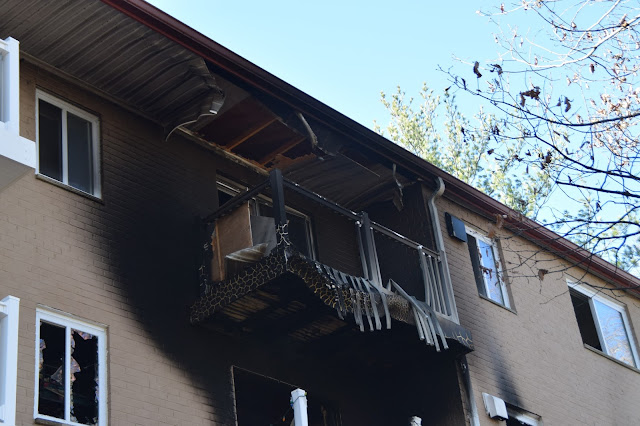 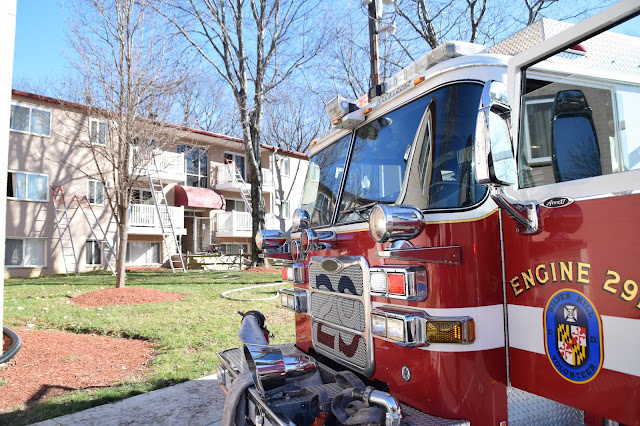 Posted by PGFD at 7:19 PM No comments: Links to this post

BE WARNED - Firefighters Hose Lines are Lines You Can Not Cross

Members of the fire service totally understand a motorist’s frustration when trapped in their neighborhood or complex by fire hose laid in the street or driveway.  We may understand your frustration but we can not allow you to drive over our hoses.  Motorists need to understand that we need to do what we have to do to perform our job of extinguishing fires.

The primary reason hose lines are laid is to establish a continuous water supply from a water hydrant or other sources of water through a fire engine or pumper to the hoses used by firefighters to extinguish fires.  Any interruption in this water supply could endanger firefighters inside of a burning structure and delay extinguishment.  Driving over a non-charged hose line (no water in hose) or charged hose line (water in hose) is dangerous for firefighters, yourself and your vehicle.  It is also a violation of the law.

Driving over a non-charged hose line could cause the hose to become entangled with the underside of your car and any moving part.  This would prevent that hose line from becoming a charged hose line and delaying the extinguishment of a fire and endangering firefighters.  Your vehicle could also sustain serious damage.

If endangering firefighters, injuring yourself and others, damaging hose lines and your vehicle and delaying extinguishment of a fire is not enough, there is a law restricting motorists from driving over firefighting hose lines.

Most states have similar laws addressing this violation.

We are providing a warning to all motorists that when they see a firefighters hose line in the street: DO NOT CROSS THAT LINE.  This is a law we can live with.


A recent house fire in New Carrollton resulted in charged hose lines in the roadway.  This driver thought he could negotiate over the lines.  He thought wrong!!!  His vehicle became stuck and was not allowed to move.  The driver is seen discussing the matter with a New Carrollton Police Officer.  (Image (4) by PGFD AFC Steve White). 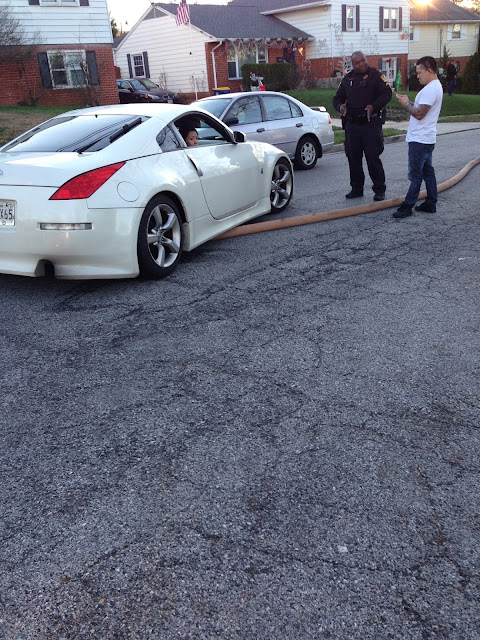 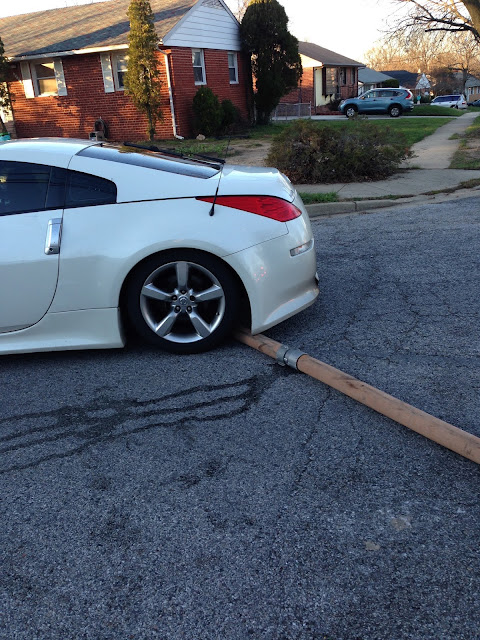 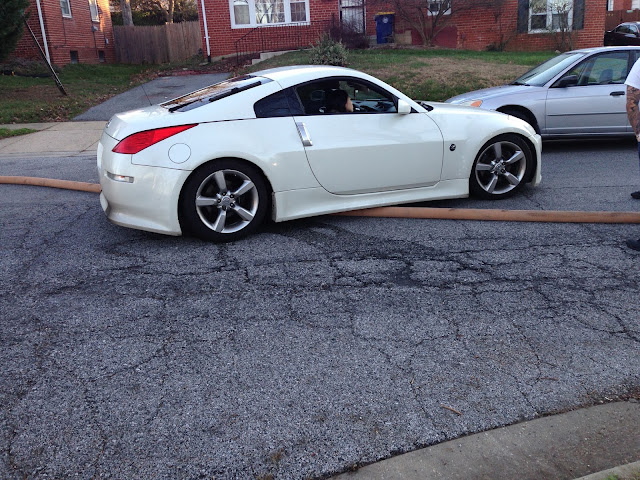 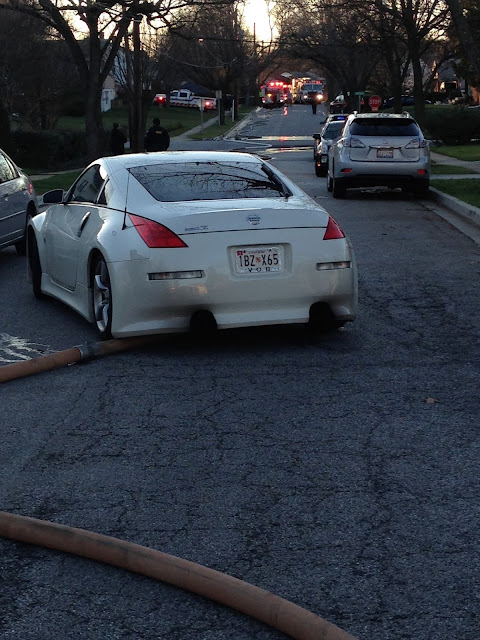 A line you can not cross!!! 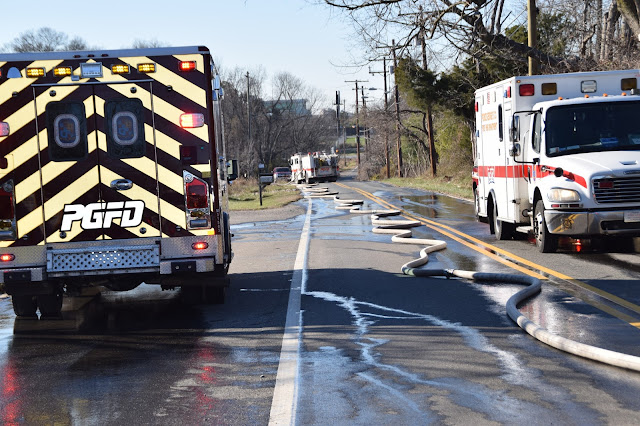 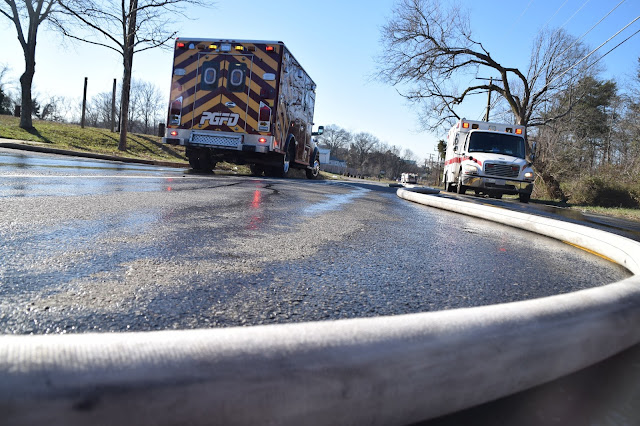 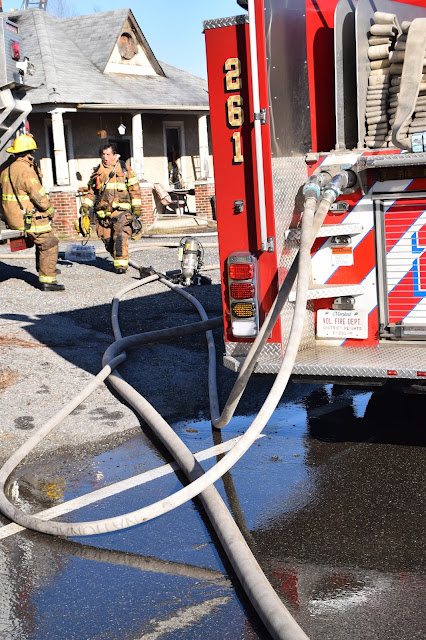 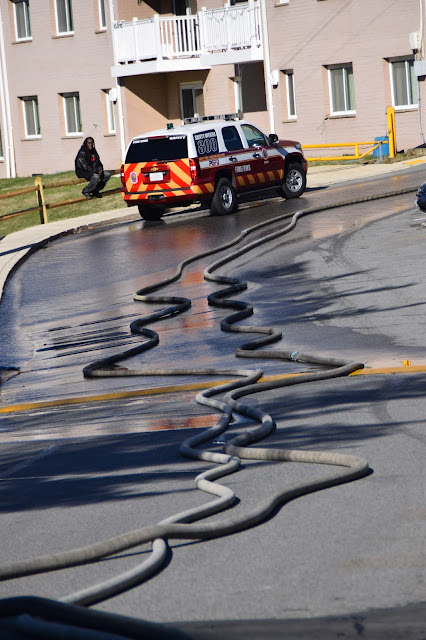 Posted by PGFD at 4:29 PM No comments: Links to this post