On the evening of Monday, January 5, 2015, four off duty members of the Fire/Emergency Medical Services (EMS) were traveling separately in the area of the Baltimore-Washington Parkway near Greenbelt.  Upon witnessing a motorcycle collide with the rear end of a tractor trailer, each of them stopped to provide assistance and encountered a critically injured male in his early to mid-20s.  The impact from the accident had caused the victim to be thrown from his motorcycle and subsequently run over by the tractor trailer, thereby sustaining serious trauma to both legs.  Due to his extensive injuries and priority status, Public Safety Communications was advised that a helicopter would be necessary.

Knowing the patient might soon lose consciousness, a concerted effort was made to get the young man’s personal information while treating his injuries.  Now operating as a team, the four worked intensely to control the bleeding from his partially amputated left leg.  He had multiple closed and open fractures to his right leg, and C-spine precautions were maintained because of the severity of the wounds.  A full patient assessment revealed a partially detached ankle, multiple deformities, open fractures, and evidence of a lower spinal injury.

The initially requested helicopter was cancelled as the patient’s condition rapidly deteriorated, and he was transported by the first arriving EMS unit to the closest Trauma Center.  A full report, including his personal information, was given to the paramedics.  Thankfully, the patient is expected to survive; however, his left leg was too severely damaged and had to be amputated.

The performance of the four individuals on the scene of this incident is commendable and worthy of recognition.  Their actions reflect well on them personally and exemplifies the excellent caliber of service the Fire/EMS Department strives to provide to the residents of Prince George’s County.

The SPFD has an authorized strength of 10,000, however like many fire departments around the world they have struggled to continue hiring in large numbers under shrinking budgets.  The SPFD asked the NFPA for assistance with a plan to recruit volunteers to augment their staff, ultimately creating a three-tiered approach to staffing.  The end-state would create a mixture of all paid, all volunteer, and combination stations – similar to the structure that exists in Prince George’s County currently.  With the Prince George’s County Fire/EMS Department (PGFD) recognized as the largest combination Fire/EMS Department in North America, the NFPA requested Chief Bashoor provide coordination for the discussion of forming what would ultimately and arguably become the largest combination Fire Department in the world.  Chief Stitleburg is the immediate past Chairman of the National Volunteer Fire Council, past Chairman of the NFPA, and currently Chief of the LaGrange Volunteer Fire Department in Whitewater Wisconsin.  Chief Stitleburg provides valuable insight into recruitment and retention of volunteer membership.  The delegation was accompanied for a portion of the trip by NFPA Executive Director for International Operations Olga Caledonia as well as a local translator Anderson Queiroz.

The State of Sao Paulo currently has over 400 cities with populations between 5,000 and 25,000 where there is no fire protection services located.  Current strategies for response result in hour-or-longer response times.  Over a course of time, Chief Bashoor and Chief Stitleburg will be assisting the SPFD with not only a plan for volunteers but also a plan for facility and resource deployment in these cities.  The relationship will be reciprocal, with a Brazilian delegation to visit Prince George’s County in the near future.

Over the past 60 days, the PGFD has hosted fire service delegations from Africa and South Korea.  These delegations requested information about training, budgeting, facility deployment, volunteer services, and many other topics.  We are honored to play a significant role assisting our fire service partners around the world solve problems, serve people, and keep everyone safe. 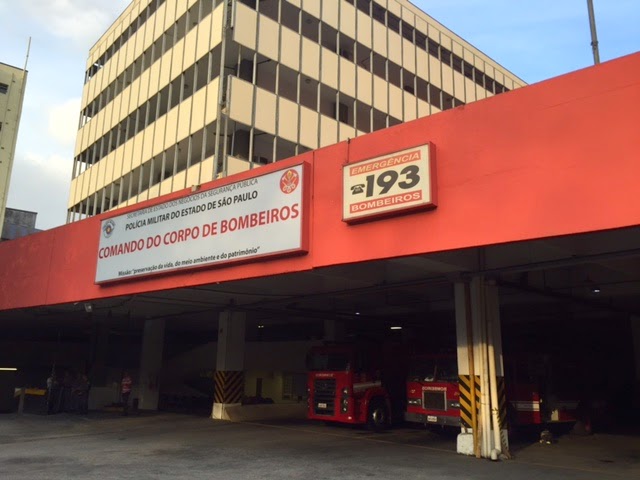 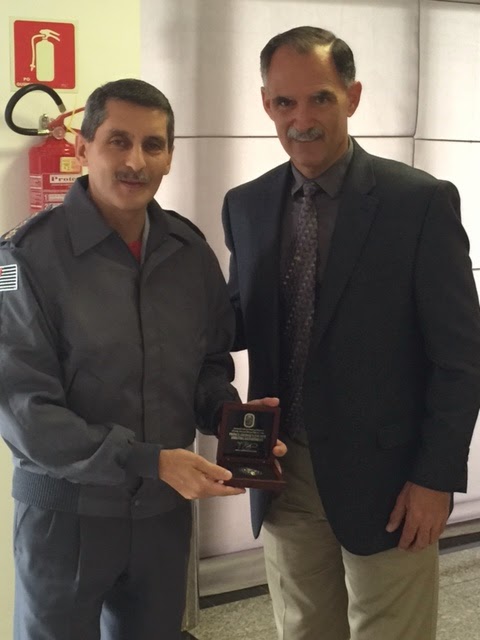 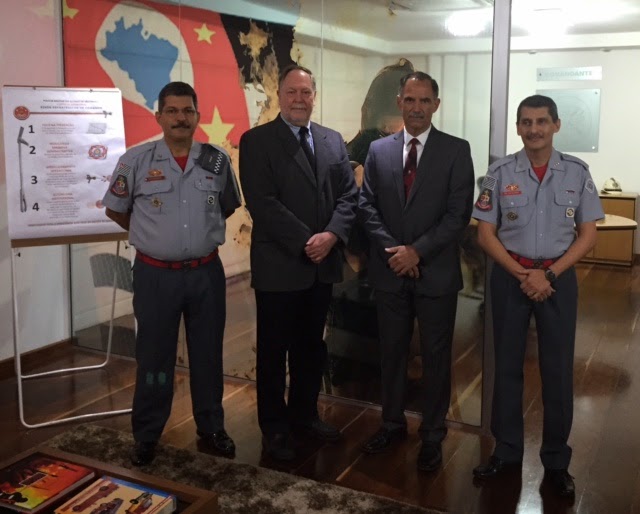 Posted by PGFD at 11:47 AM No comments: Links to this post