Posted by PGFD at 2:10 PM No comments: Links to this post

The Prince George's County Fire/EMS Department was pleased to serve as co-host rest stop for the National EMS Memorial Bike Ride on Friday, May 20.  The 100+ members of the ride rolled into FedExField in Landover at around 12 Noon.  The Redskins were generous hosts and provided a lunch buffet for both building carbs and a healthy lunch.

Riders started their journey on May 14 from Boston and ended their ride this weekend in Arlington, Virginia, at the National EMS Memorial.  The NEMSMBR is held annually to honor the men and women of EMS that lost their lives in the line of duty in 2015.  "Skillet" Ulmschneider was honored with an on-site marker along with his personalized dog-tags being worn by members of the ride.  He will receive additional honors during next years ride.

Riders arrived through a large inflatable Redskins helmet and were greeted by some of the First Ladies of Football Redskins Cheerleaders.  Many rival NFC East fans had the opportunity to visit inside the stadium and capture some photos of the field. 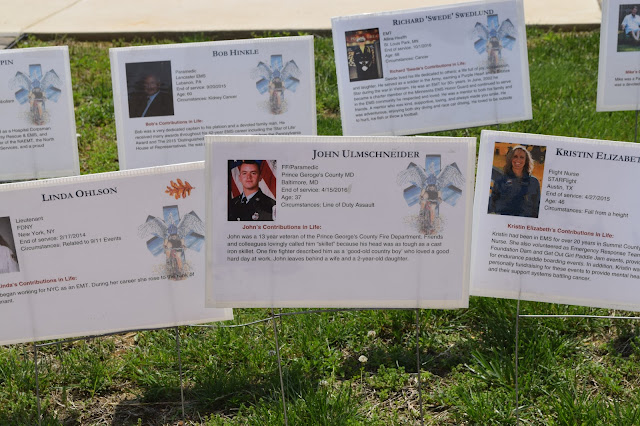 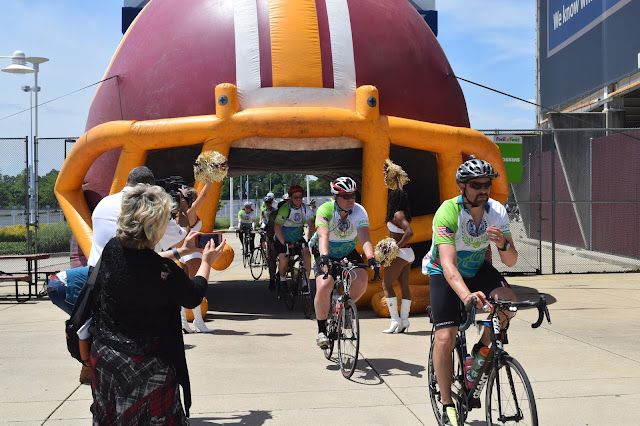 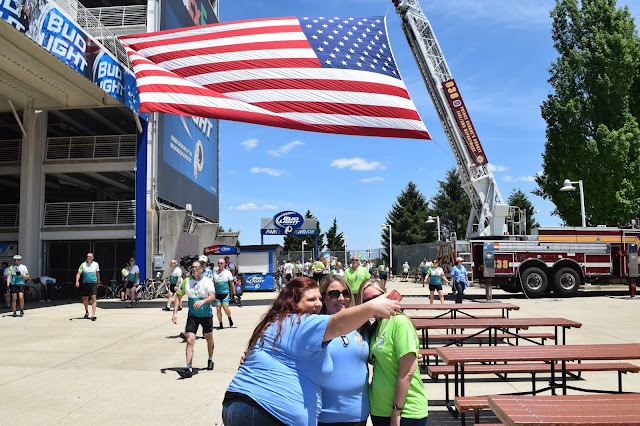 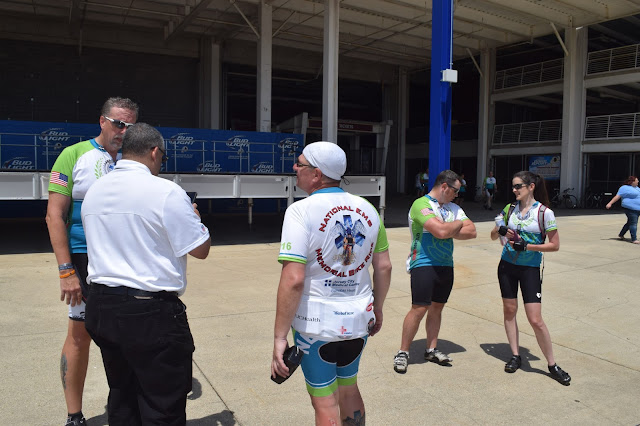 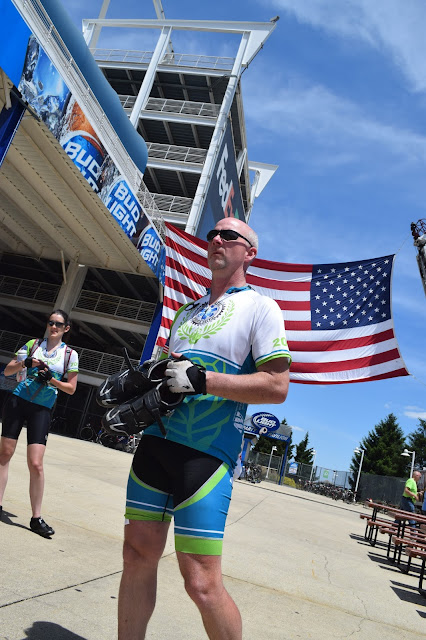 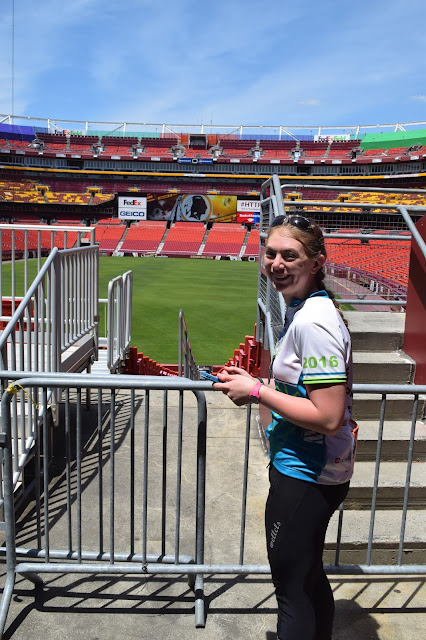 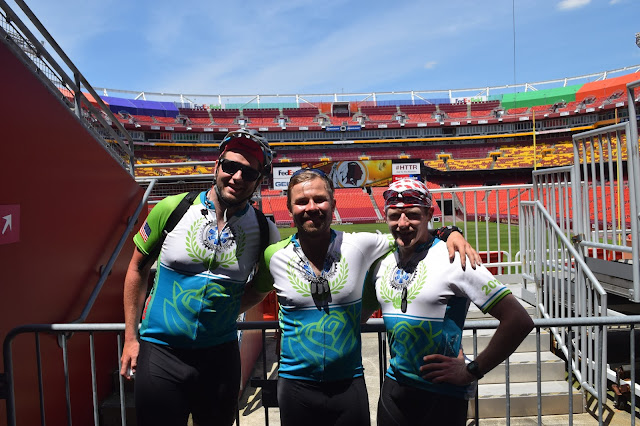 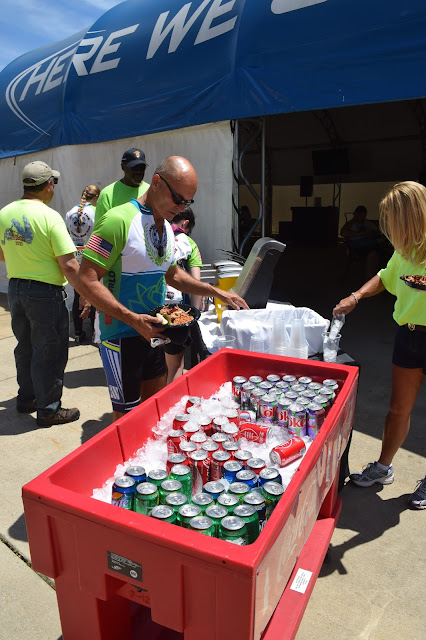 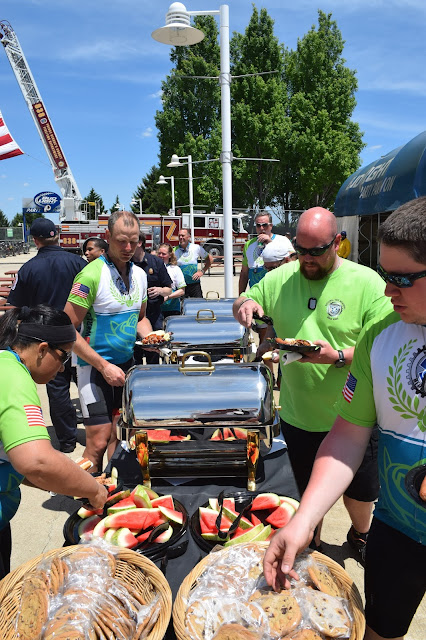 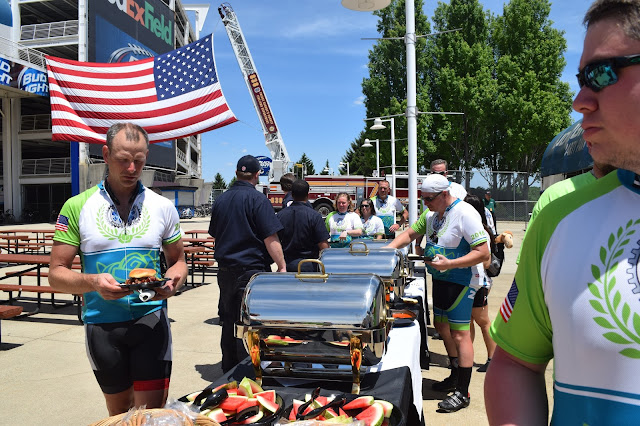 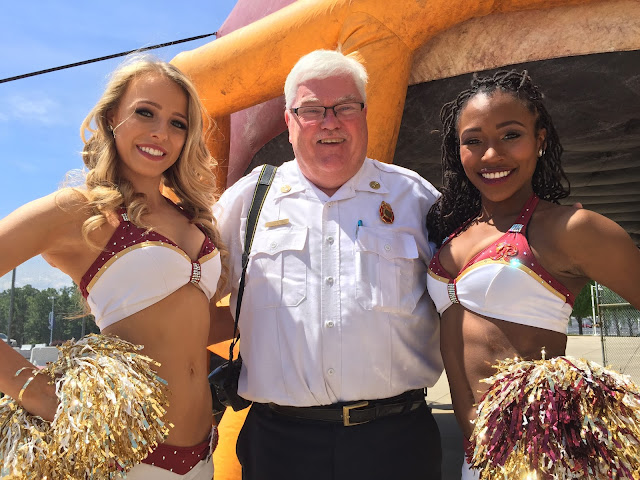 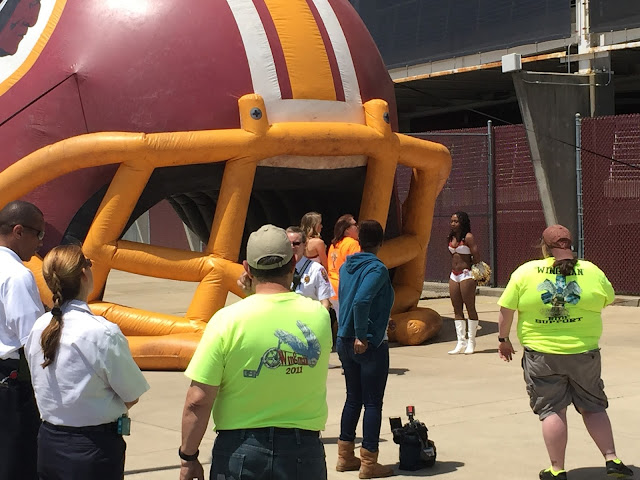 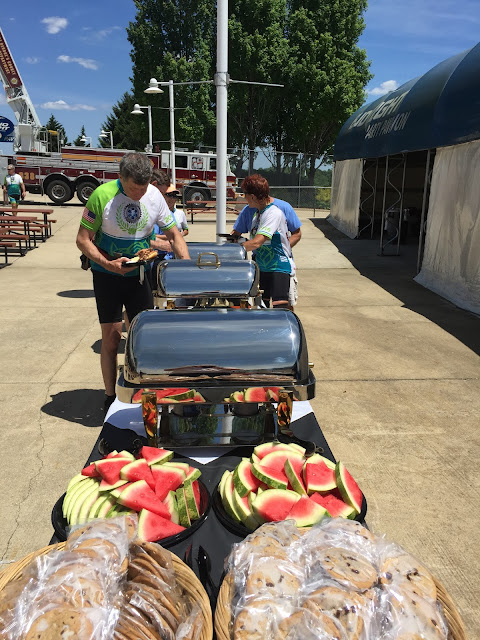 Posted by PGFD at 11:11 AM No comments: Links to this post

Posted by PGFD at 10:39 AM No comments: Links to this post

To wrap up National EMS Week events the Prince George's County Fire/EMS Department held an event that allowed a 17-year-old male meet the rescuers that saved his life.

The event was held on Friday, May 20, at the Cranford-Graves Fire Services Building in Landover Hills.  Members of the media were invited to attend and document and report on the event.

Several representative of the County Public Schools were on hand to support Gwynn Park Athletic Director Linda Henson-Hobb who quickly an retrieved an AED and brought it to the victim.

On the afternoon of Thursday, March 31, 2016,  Fire/EMS units from the Brandywine station responded for a medical emergency at Gwynn Park High School, where a 17-year-old male had suffered sudden cardiac arrest during a basketball practice.  The victim’s father, Jermaine Johnson, was the first to reach Tairik and initiated CPR, when an off-duty firefighter from the Fairfax County Fire and Rescue Department, Fire Fighter/Medic Paul Beasley, stepped in to assist.  He continued with CPR until the school’s athletic director, Linda Henson-Hobb, arrived with an AED, which the firefighter used to adminiter a shock.  On arrival,  personnel rapidly assessed the patient and provided advanced life support intervention.  The young male was quickly transported to Children’s Medical Center, where he received aggressive medical treatment.  He was discharged after some time in the hospital and has since made a full recovery.

A “save” is always the ultimate goal of the Fire/EMS Department.  In too many instances, unfortunately, the outcome is tragic.  However, the cohesive efforts of everyone involved and the rapid prehospital care provided saved the teenager’s life.

Emergency Service Awards were presented to the following PGFD personnel. 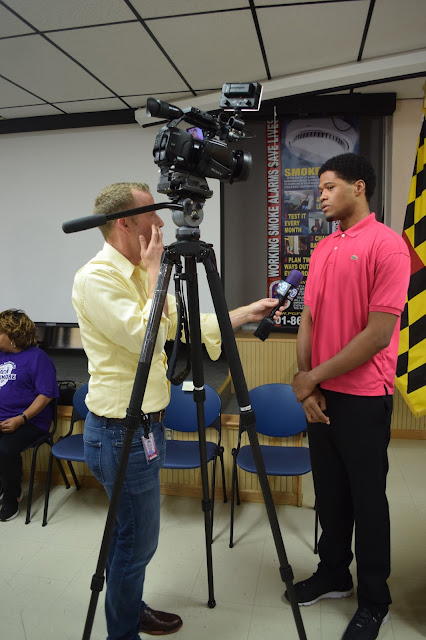 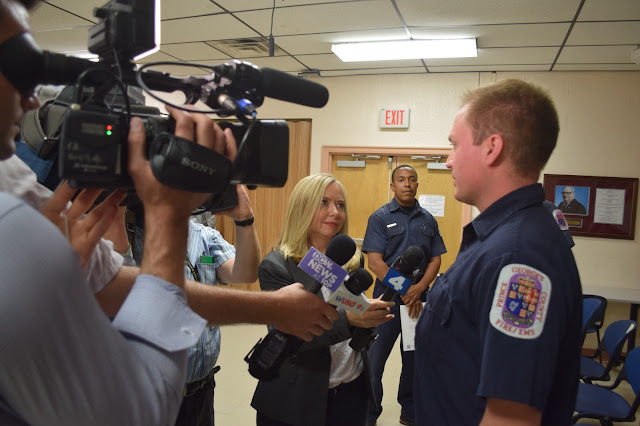 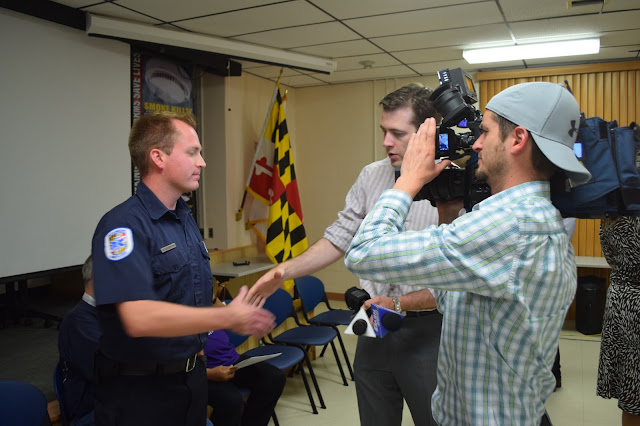 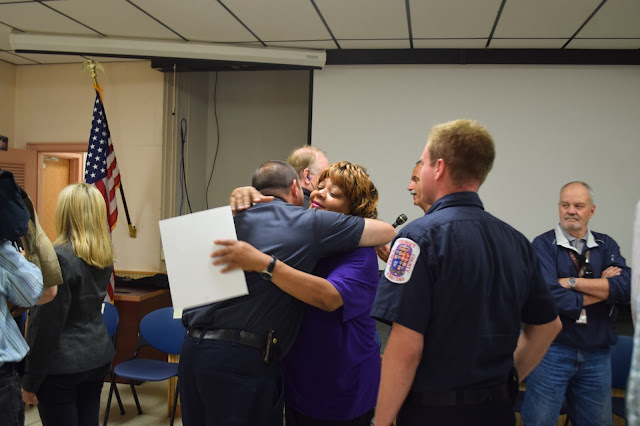 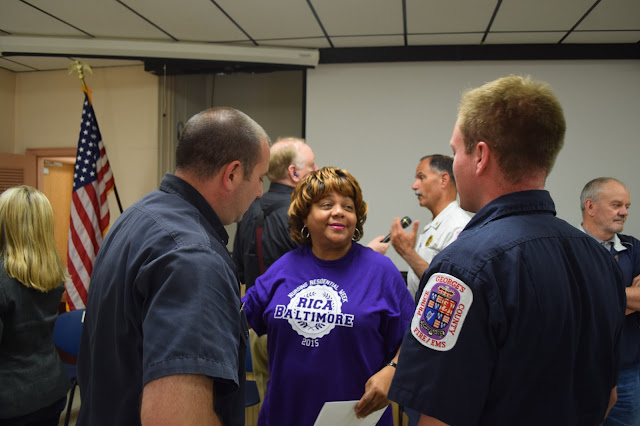 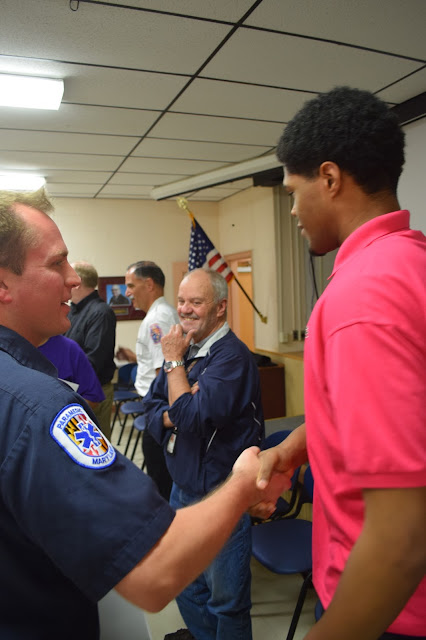 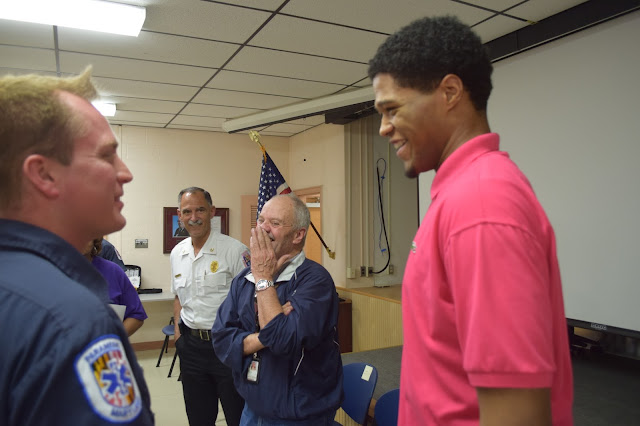 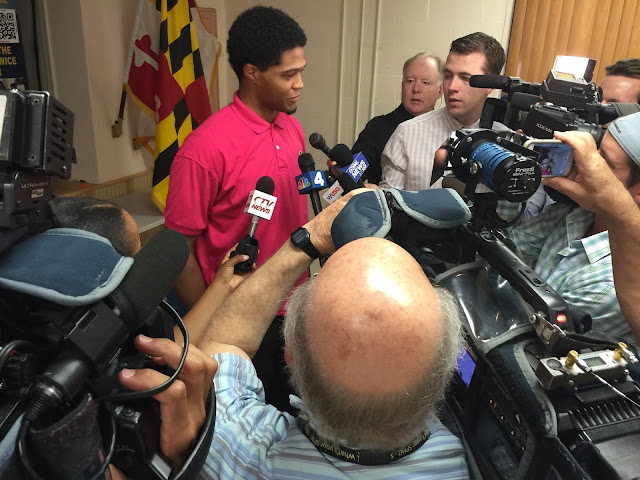 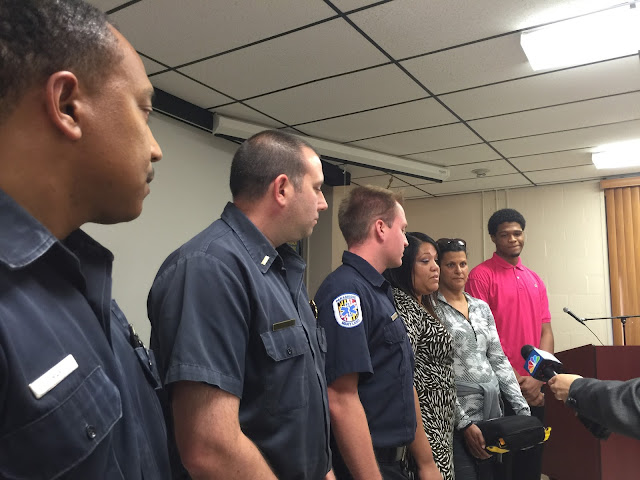 Posted by PGFD at 10:16 AM No comments: Links to this post