Firefighters and Paramedics were recently presented with Emergency Services Awards for their actions on a motor vehicle crash. At about 1:18 am, Saturday, April 14, firefighter/medics from Ritchie (engine), Largo (paramedic engine), District Heights (paramedics) and St. Joseph (ambulance) Fire/EMS stations were alerted to an incident involving multiple vehicles with one vehicle on fire with a occupant still inside on the Capital Beltway near the Ritchie-Marlboro Road interchange.

Emergency Services Awards were presented to the following personnel: 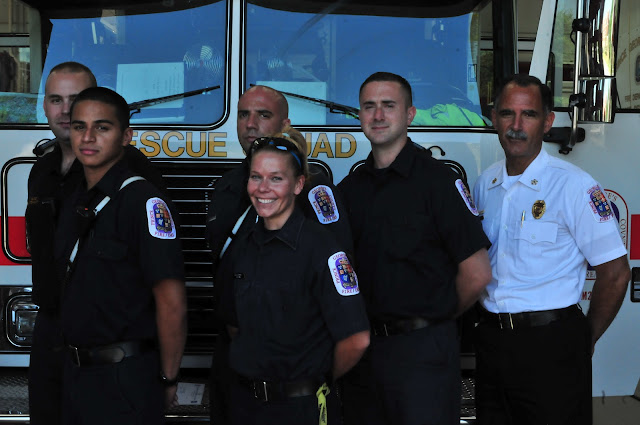 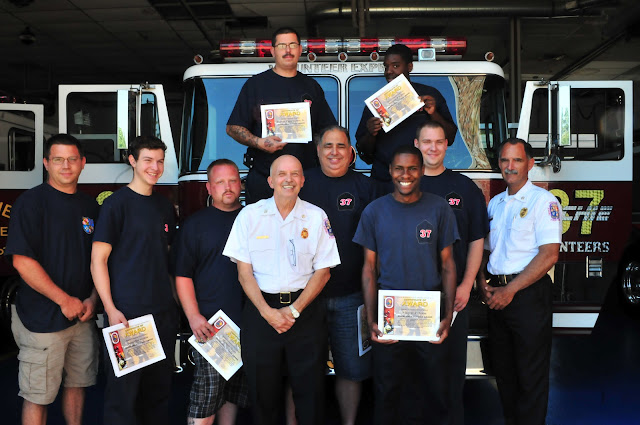 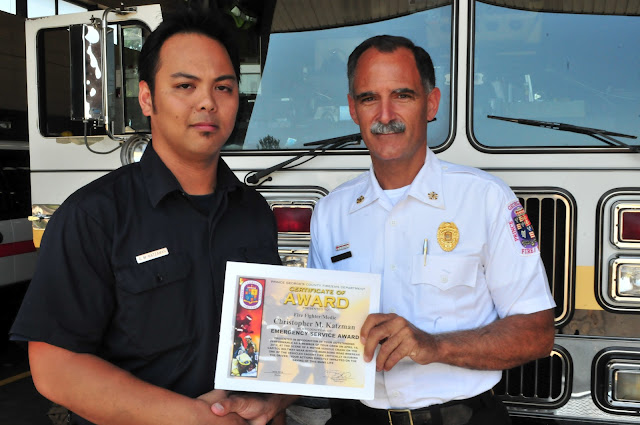 Posted by PGFD at 12:07 PM No comments: Links to this post