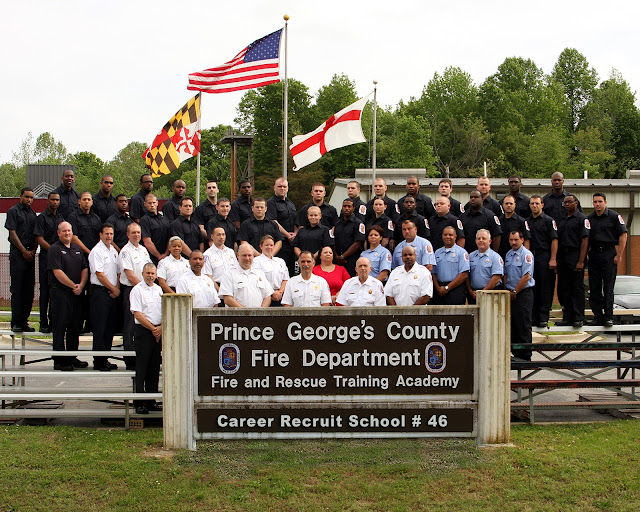 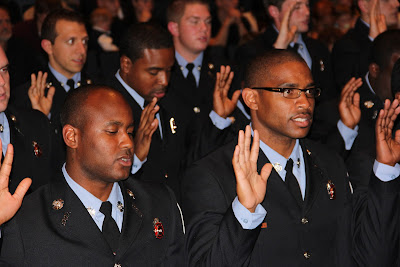 The Fire/EMS Department was privileged to have Congressman Steny Hoyer provide the Keynote Address to the graduates. “Congratulations to Career Recruit School Forty-six,” stated Congressman Hoyer. “I was honored to join them today to mark the end of their training, and the beginning of exciting and rewarding careers as firefighters and emergency responders.”


“The brave men and women who protect our communities deserve our support, and Congress ought to continue doing its part to keep them safe while on the job,” continued Congressman Hoyer. “Throughout my career, I have been committed to ensuring our first responders have the resources they need to do their jobs safely, and I remain dedicated to supporting them for many more years to come.” 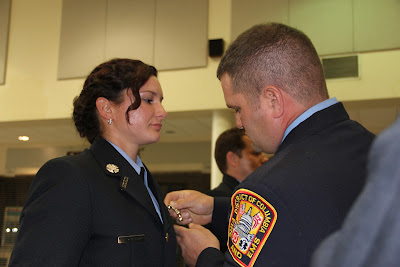 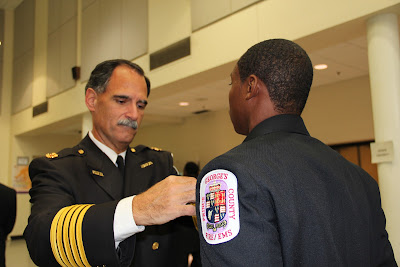 Fire Chief Marc S. Bashoor conducted a “pinning ceremony” before the graduation and invited fire service family members of recruits to join him.

The following are members of the graduating academy class and have been assigned to Fire/EMS station throughout Prince George’s County:

Deserving members of Career Recruit School were also presented with special achievement awards. These awards were presented as follows:

The Emergency Medical Technician Scholastic Achievement Award is presented to an individual in each Career Recruit School who achieved the highest academic average on the emergency medical technician written examinations and practical evolutions.

The Fire Suppression Scholastic Achievement Award is presented to an individual in each Career Recruit School who achieved the highest academic average on the fire suppression written examinations and practical evolutions.

The Instructor’s Award is presented to an individual in each Career Recruit School who has shown the highest level of personal improvement, development, and dedication during the class. In short, we identify the individual who has contributed significantly to the success of the class overall either by helping others or through self-improvement. The individual earning this award can be one with no previous experience in emergency services and progresses to an outstanding level of proficiency; or an experienced person who dedicates him or herself to assisting other class members be successful throughout Career Recruit School.

The Memorial Award is a very special recognition presented to an outstanding individual from each Career Recruit School who has displayed that rarest combination of professionalism, courage, and "espirit de corps." Such traits serve to honor their fallen comrades, and uphold the highest traditions of the Prince George’s County Fire/Emergency Medical Services Department.

The Fire Chief's Award is the highest recognition for Career Recruit Schools. This award is bestowed on an individual in recognition of achievements that have made significant contributions to the graduating class. Selection criteria emphasize leadership, professional development, integrity, performance, and personal growth. This award is given to the individual who best exemplifies the conduct required of the Prince George’s County Fire/EMS Department.

Posted by PGFD at 4:06 PM No comments: Links to this post 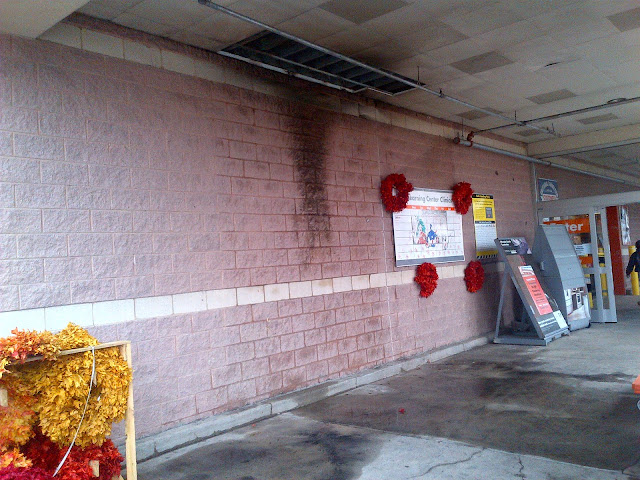 A fire at a College Park home improvement store is currently under investigation. On Tuesday, November 6, at around 5:30 pm, firefighters were alerted to a fire at the Home Depot in the 4700 block of Cherry Hill Road.

Firefighters arrived to find a pallet of corn stalks, leftover Halloween decorations, were on fire. The corn stalks were being stored underneath an overhang on the stores front exterior. Fortunately, the buildings sprinkler system activated and contained the fire until the fire departments arrival. Firefighters completed the extinguisment and ensured the fire had not extend into the overhang.

The fire caused an estimated loss of $1,500.  No injuries were reported.  Fire Investigators are searching for the cause of the fire. The attached photo illustrates damage to the wall and underside of the overhang. You can also see the piping for the sprinklers that activated and succesfully limited any fire extension.

Posted by PGFD at 10:44 AM No comments: Links to this post

Firefighters rescued two occupants from a burning Fairmount Heights house this morning.  Just after 2:30 am, Wednesday, November 7, Fire/EMS units arrived at a 2-story single family home in the 5300 block of Sheriff Road with a working fire on the second floor.  Two adult male occupants were rescued by some of the first arriving firefighters, treated on the scene by paramedics and transported to area hospitals.

A third occupant escaped safely prior to the Fire/EMS Departments arrival.  The most seriously injured is a male, in his 60’s, that sustained burn and smoke inhalation injuries.  He was transported by paramedics to a Burn Unit in “serious” condition.  The second rescued male, in his 70’s, sustained minor injuries and was transported to a nearby hospital in “good” condition.

It required about 15 minutes to completely extinguish the fire with no additional civilian or firefighter injuries reported.  Fire loss is estimated at $35,000 and fire investigators continue to search for the cause and origin of the fire.

Posted by PGFD at 8:45 AM No comments: Links to this post