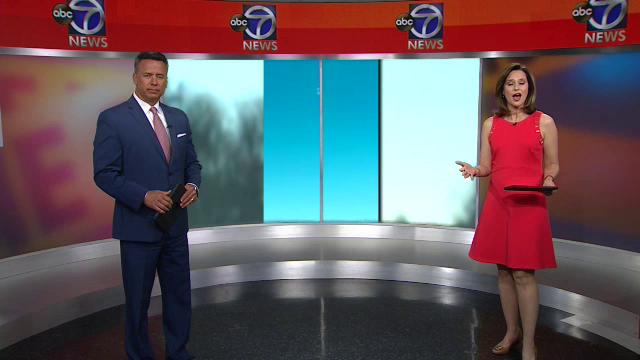 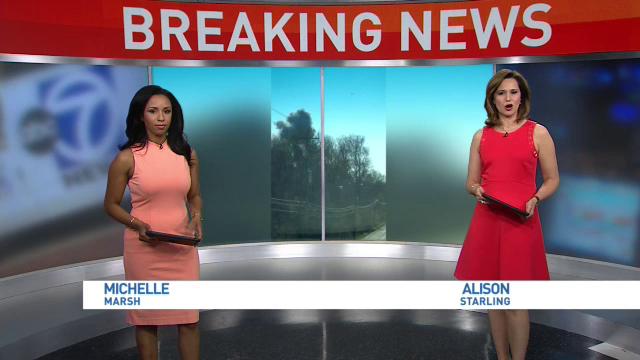 F-16 crashes near homes in Clinton 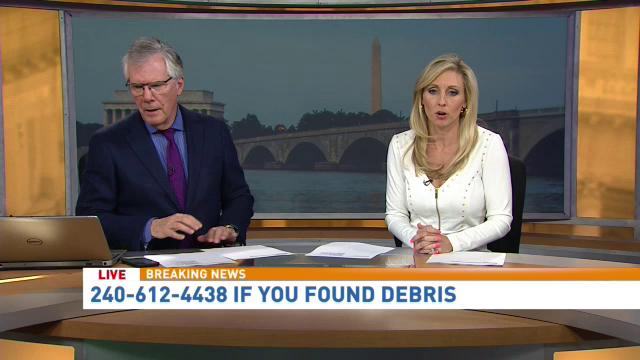 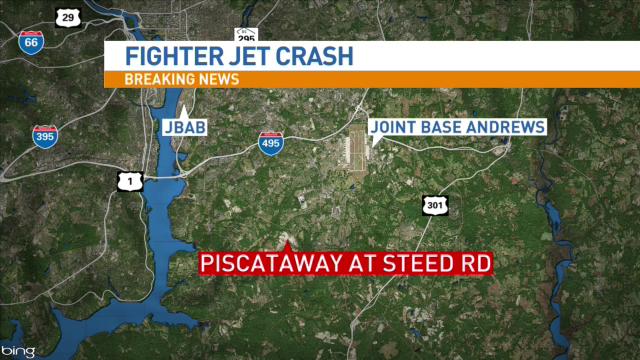 Aircraft Crash
CLINTON, Md. (ABC7) — An F-16 military aircraft crashed in Clinton, Md. about six miles from Joint Base Andrews Wednesday morning. Officials said that the pilot parachuted out of the aircraft.


The pilot is said to have non-life threatening injuries and was taken to a hospital in "good condition," according to the Prince George's County Fire Department.
Luis Martinez, ABC News Pentagon producer, reports that the F-16 had live ammunition aboard, including machine gun bullets, according to Master Sergeant Craig Clapper, spokesman for the 113th Fighter Wing. The rounds can be used at a live range, Clapper said, but today the aircraft was on a routine training mission to practice air maneuvers and not headed to a firing range.
The F-16 that went down was one of four that had just taken off together from Joint Base Andrews to carry out the air maneuvers, Clapper said. The F-16 went down shortly after takeoff.


The pilot managed to steer the fighter jet away from homes and buildings in the area, Clapper said.
Asked about a helicopter at the scene, Clapper said that helicopter was bringing personnel to the site and had nothing to do with the original training mission.


According to the base, the crash took place at around 9:15 a.m. while the jet was participating in a training mission with other D.C. Air National Guard aircraft about six miles from the base.


Here is video of the pilot descending to the ground in his parachute after ejecting from the plane.


Here is raw video of the scene of the crash after the pilot got to the ground.


Prince George's County Fire officials say the jet had dummy rounds with gunpowder loads but no bullets. Fire crews are currently on the scene.


ABC7's Brad Bell was able to obtain photos of the pilot right after he landed. Click here if you are on the app.


The crash took place near Temple Hills Rd. and Woodells Ct., according to PG Fire.


A press conference on the crash is being held at 3:30 p.m. at Andrews Golf Course.


Prince George's County police reported there might be "lengthy" road closures because of the crash investigation. Temple Hill Road has since been reopened.


Prince George’s County Councilman Mel Franklin released the following statement in regards to the crash:
“I am closely monitoring the crash of the military aircraft in Clinton just a few miles from Joint Base Andrews. I am pleased to hear that the pilot parachuted to safety with only non-life threatening injuries with no one hurt on the ground and that the crash occurred in a largely wooded area. Nonetheless, I know that the residents that I represent in Clinton are alarmed by this accident and I encourage the affected residents to follow the direction of public safety personnel at the scene. Per the guidance of our public safety officers, if anyone in the community finds what they believe to be a part of the aircraft, do not touch or move it but please call Joint Base Andrews at 240-857-8685. Let’s continue to keep all of our military personnel and their families in our thoughts and prayers.”
Officials at Joint Base Andrews are warning those in the area of the crash who find target practice projectiles to immediately report it to the authorities at 301-981-2002.


The PGU-27A/B Electrically Fired 20MM Target Practice Projectiles have blue tips with a brass body. They contain a quantity of propellant but are generally safe to be around, officials say.
They should not be exposed to electromagnetic radiation, cell phones, radios or other electronic devices, officials say.
Officials also say not to touch or move the rounds.
Posted by PGFD at 1:34 PM No comments: Links to this post

Posted by PGFD at 1:29 PM No comments: Links to this post


By: fox5dc.com staff
ADELPHI, Md. - Some residents at a high-rise apartment building in Adelphi were temporarily evacuated as authorities assessed damage that is believed to have been caused by the severe storms that passed through the area Thursday night.
Prince George’s County Fire and EMS said crews found broken windows and cracks in the bricks and drywall of a 20-story building at the Presidential Towers complex in the 1800 block of Metzerott Road.
“The theory is that when the strong storm rolled through at about 8:30 [p.m.] this evening, it pressurized some confined spaces in this apartment building and actually pushed out some walls – not really causing any real structural damage, but cosmetic damage to drywall,” said Prince George’s County Fire and EMS spokesperson Mark Brady. “We had a broken window or two, some window blinds were ruffled up, so very strong winds entered this building and somehow pressurized confined spaces enough to push out the walls.”
After investigating, it was found the damage was cosmetic and the county's building inspector determined the building was safe.
Posted by PGFD at 1:21 PM No comments: Links to this post


Prince George's County firefighters gathered Saturday to remember John "Skillet" Ulmschneider who was shot and killed while doing a welfare check one year ago.
Ulmschneider's mother took part in the remembrance at the Landover Hills station where her son was assigned.
"I know John would be very proud of you and the job that you do," Cheryl Ulmschneider told the crowd. "I miss him, we all do, his whole family does. Just please, please remember to stay safe."There was a moment of silence at 8:38 p.m., the time Ulmschneider was killed last year in Temple Hills. Ulmschneider and another firefighter were doing a welfare check on a man named Darrell Lumpkin at the request of Lumpkin's brother. Lumpkin opened fire killing Ulmschneider, and injuring firefighter Kevin Swain and his brother. Lumpkin said he was having a diabetic episode and thought someone was breaking in.Ulmschneider was a father to a little girl who's now nearly two years old.He was described by those who knew him as a prankster with a great sense of humor who  wouldn't let any of the firefighters call him by his first name. Instead he insisted on being called "Skillet," a nickname from growingup on the farm."The moment he walked in the door, he stole the floor," said Battalion Chief Donald Fletcher. "He was an overwhelming personality, he made sure you knew where he stood. He was just a jokester. He always referred to me as 'pretty boy,' and made sure I  knew he was a dirt under the fingernails kind of guy. I miss that and I miss him.""He wasn't just an employee, he was a real family member," said Prince George's County Fire Chief, Ben Barksdale. "So it's going to take some time, how long I don't know."Chief Barksdale said some closure came Friday when Lumpkin was sentenced to four years in prison. Because he thought he was firing in self-defense, Lumpkin wasn't charged for the three shootings, only for Illegal possession of a firearm."As far as what the penalty was for that, it is what it is as far as what the state's attorney brought forth and what the judge decided," Barksdale said.He said that now that court proceedings are finished, the fire department conduct its own investigation of what happened. Barksdale said he anticipates changes to come on policies regarding
Posted by PGFD at 1:18 PM No comments: Links to this post