Fire Chief Marc S. Bashoor, just 2 weeks shy of his retirement, addressed those gathered and spoke of survival, sacrifice and the power of "one."

"As you travel through your day, you never know what the person sitting next to you is going through, or may have been through… in survival.  I  ask you to remember the power of ONE, to support one another, make a difference in someone else’s life," said Bashoor and concluded his comments with, "I remind you, there is no 9-1-2, YOU are it.  Much like the expectations of a preacher, people in their darkest moments of life will look to you for guidance and help.  YOU will indeed be the power of ONE for them."

Five graduates were recognized with special achievement awards earned during their time at the academy.  Pictured with each award recipient is Mark Macaw, Deputy Chief Administrator, Director of Public Safety and Fire Chief Marc Bashoor.  All images by Teresa Crisman, PGFD.

The recipient of the Fire Suppression Scholastic Achievement Award with a GPA of 89% is: 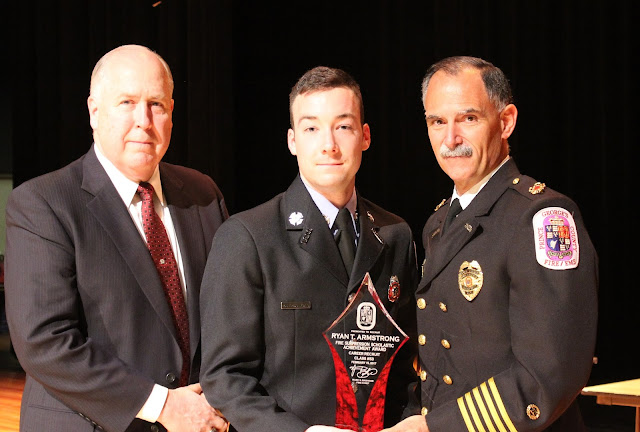 The recipient of the Emergency Medical Service Award with a GPA of 92.3% is: 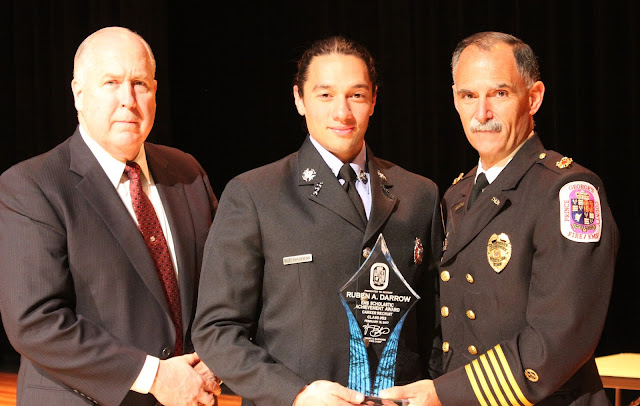 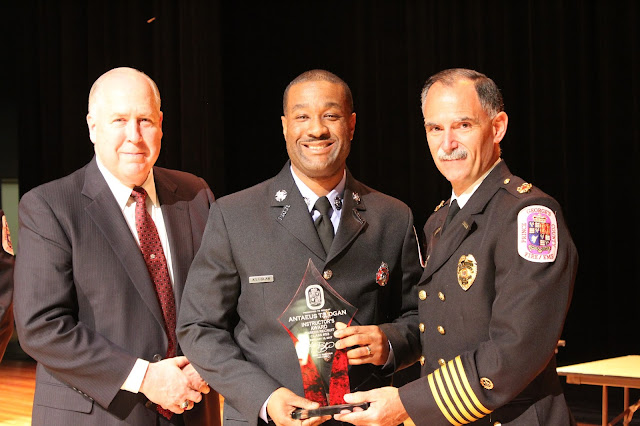 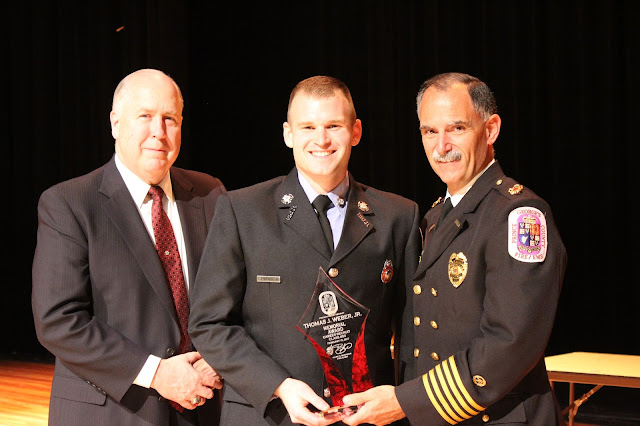 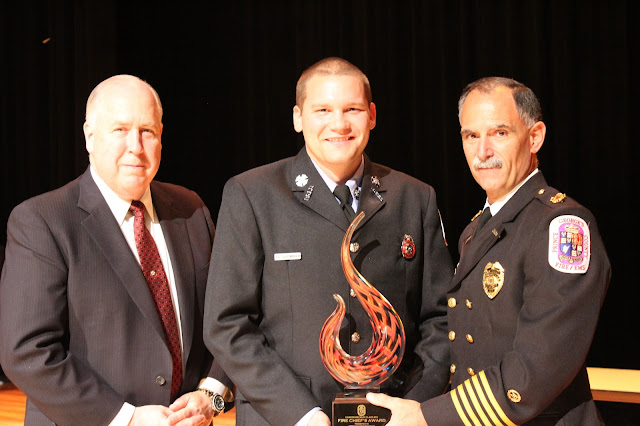 Another notable mention from Career Recruit School #53 is Recruit Darius T. White.  He had successfully completed the Fire/EMS Departments 2-year High School Cadet program.  After White graduated from High School and earning college credits for his education attained during the cadet program he applied for and was hired as a recruit. 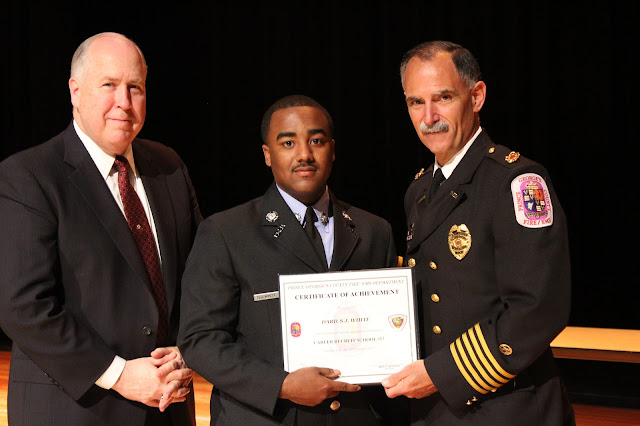 Posted by PGFD at 2:15 PM No comments: Links to this post