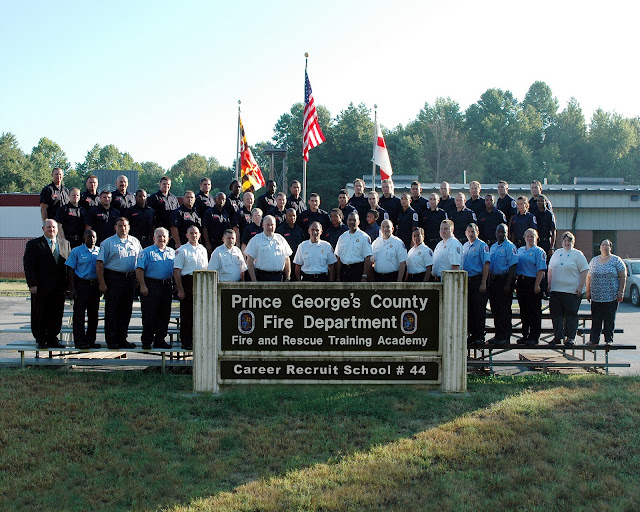 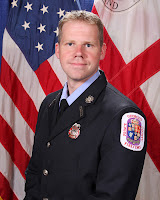 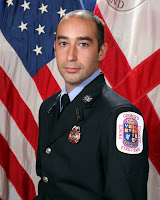 FIRE SUPPRESSION SCHOLASTIC ACHIEVEMENT AWARD
The Fire Suppression Scholastic Achievement Award is presented to an individual in each Career Recruit School who achieved the highest academic average on the fire suppression written examinations and practical evolutions. 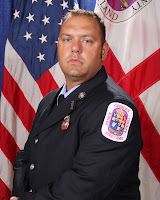 INSTRUCTOR'S AWARD
The Instructor’s Award is presented to an individual in each Career Recruit School who has shown the highest level of personal improvement, development, and dedication during the class. In short, we identify the recruit who has contributed significantly to the success of the class overall either by helping others or through self-improvement. The individual earning this award can be one with no previous experience in emergency services and progresses to an outstanding level of proficiency; or an experienced person who dedicates him or herself to assisting other class members be successful throughout Recruit School. 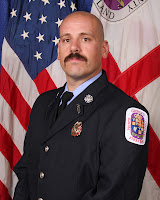 The Memorial Award is a very special recognition presented to an outstanding recruit from each Career Recruit School who has displayed that rarest combination of professionalism, courage, and "espirit de corps." Such traits serve to honor their fallen comrades, and uphold the highest traditions of the Prince George’s County Fire/Emergency Medical Services Department. 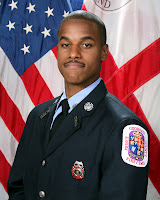 FIRE CHIEF'S AWARD
The Fire Chief's Award is the highest recognition for Career Recruit Schools. This award is bestowed on an individual in recognition of achievements that have made significant contributions to the graduating class. Selection criteria emphasize leadership, professional development, integrity, performance, and personal growth. This award is given to the recruit who best exemplifies the conduct required of the Prince George’s County Fire/EMS Department.
Fire Fighter Damon Sinclair

The members of Career Recruit School #44 made a special presentation during the ceremony to Cathy Hedrick and the NFFF. Throughout the training academy the members of CRS #44 raised funds through various activities such as the run across the Woodrow Wilson Bridge. The recruit’s efforts generated over $5,000 for the NFFF. Immediately following the check presentation Fire Chief Bashoor presented CRS #44 with a Unit Citation in recognition of their benevolence and philanthropy for fellow firefighters. A Unit Citation is the highest award the Fire/EMS Department bestows to a group or unit in recognition of their exemplary actions. CRS #44 is the first recruit class to have been bestowed with this honor and distinction.