MEDIA CONTACT: Mark E. Brady, Chief Spokesperson, 240-508-7930
A Fort Washington family will be displaced after a fire damaged their home this afternoon. Just after 12:30 pm, Tuesday, October 18, 2011, Prince George’s County Firefighters were alerted to a house fire in the 12200 block of Fort Washington Road. Firefighters arrived quickly and encountered a 2-story single family home with heavy fire coming from an attached garage. The fire eventually extended into the home itself before firefighters were able to extinguish it. Nearly 40 firefighters and medics worked for 20 minutes to extinguish the fire. The fire also damaged a vehicle and a boat that were being stored outside of the garage.


Fire Investigators continue to investigate the cause and origin of the fire which caused a preliminary fire loss estimate of $100,000. A family of 2 adults and 1 child will be displaced and are being assisted by the County Citizen Services Unit. No injuries have been reported. 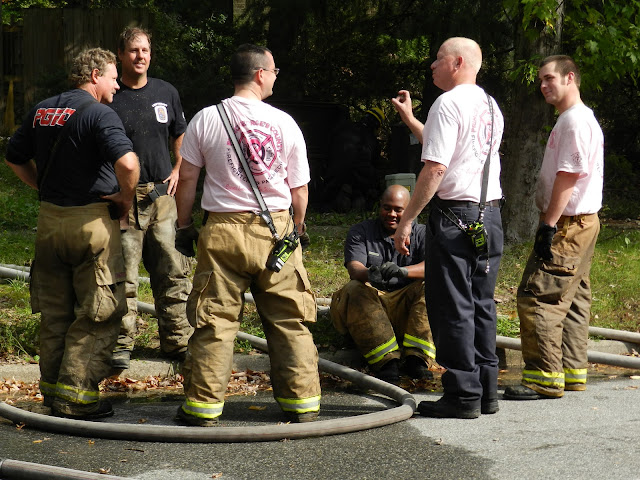 Posted by PGFD at 4:42 PM No comments: Links to this post