A working smoke alarm alerted a Temple Hill resident that her house was on fire, a Police Helicopter was the first to confirm a working fire and two firefighters sustained injuries this afternoon.  At about 5:30 pm, Monday, July 16, several 911 callers reported a house fire in the 5500 block of Auth Road.  Firefighters from the Silver Hill Fire/EMS Station #829 were the first to arrive and reported a 1-story, with basement, single family home with heavy fire showing.

The lone occupant of the house, an adult female, was alerted to the fire when her smoke alarm sounded a warning.  She exited the home without incident and was not injured.  A Unites States Park Police Helicopter observed a column of smoke and alerted Public Safety Communications dispatchers of a confirmed working house fire before the firefighters arrived on the scene.

Fire Investigators are continuing to investigate the cause and origin of the fire.  Fire loss is estimated at $100,000.  The occupants will be displaced and will be staying with family members. 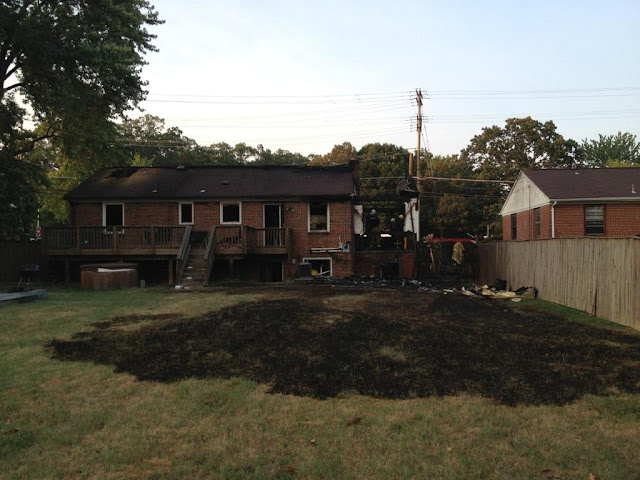 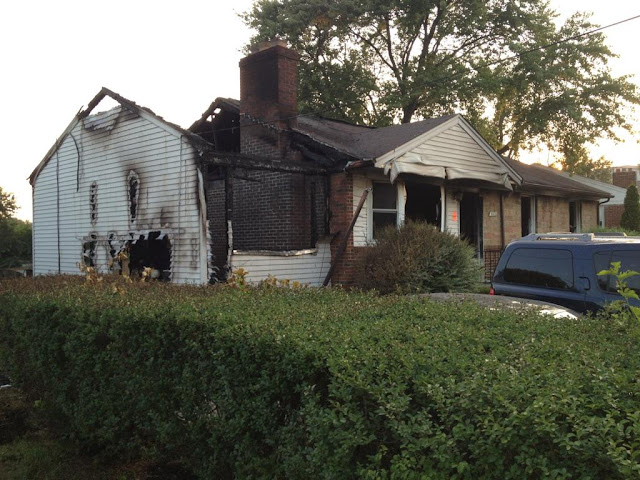 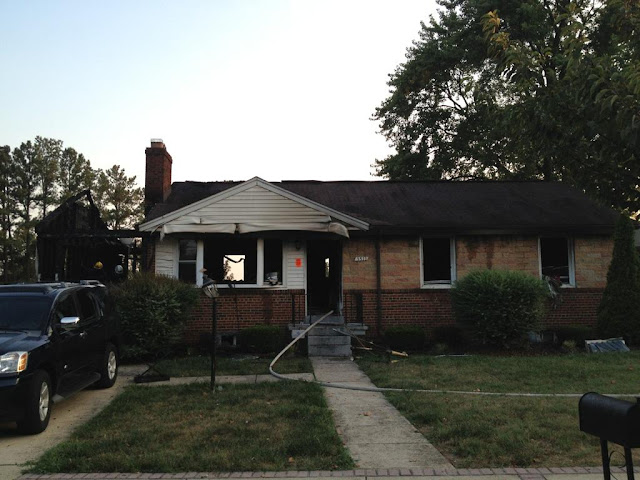 Posted by PGFD at 9:16 PM No comments: Links to this post

Injured Contractor Flown to Specialty Center for Back Injury

A contractor was injured when he fell nearly 20 feet from a ladder this morning at around 8:30.  Firefighter/Medics from the Berwyn Heights Fire/EMS Station #814 and Paramedics from the College Park Fire/EMS Station #812 responded to the 9200 block of Springhill Lane and evaluated the contractor that had been working on a ladder while making repairs to an apartment building.  The adult male was conscious and stated he lost feeling in one of his legs after falling on his back.

Because of the possibility of a cervical spine injury the medics opted to fly the injured man to a Specialty Center for these types of injuries.  The Maryland State Police "Trooper 2" meda-vac helicopter was called and landed at the City of College Park Duval Field with the assistance of firefighters from Branchville Fire/EMS Station #811.

Posted by PGFD at 11:06 AM No comments: Links to this post