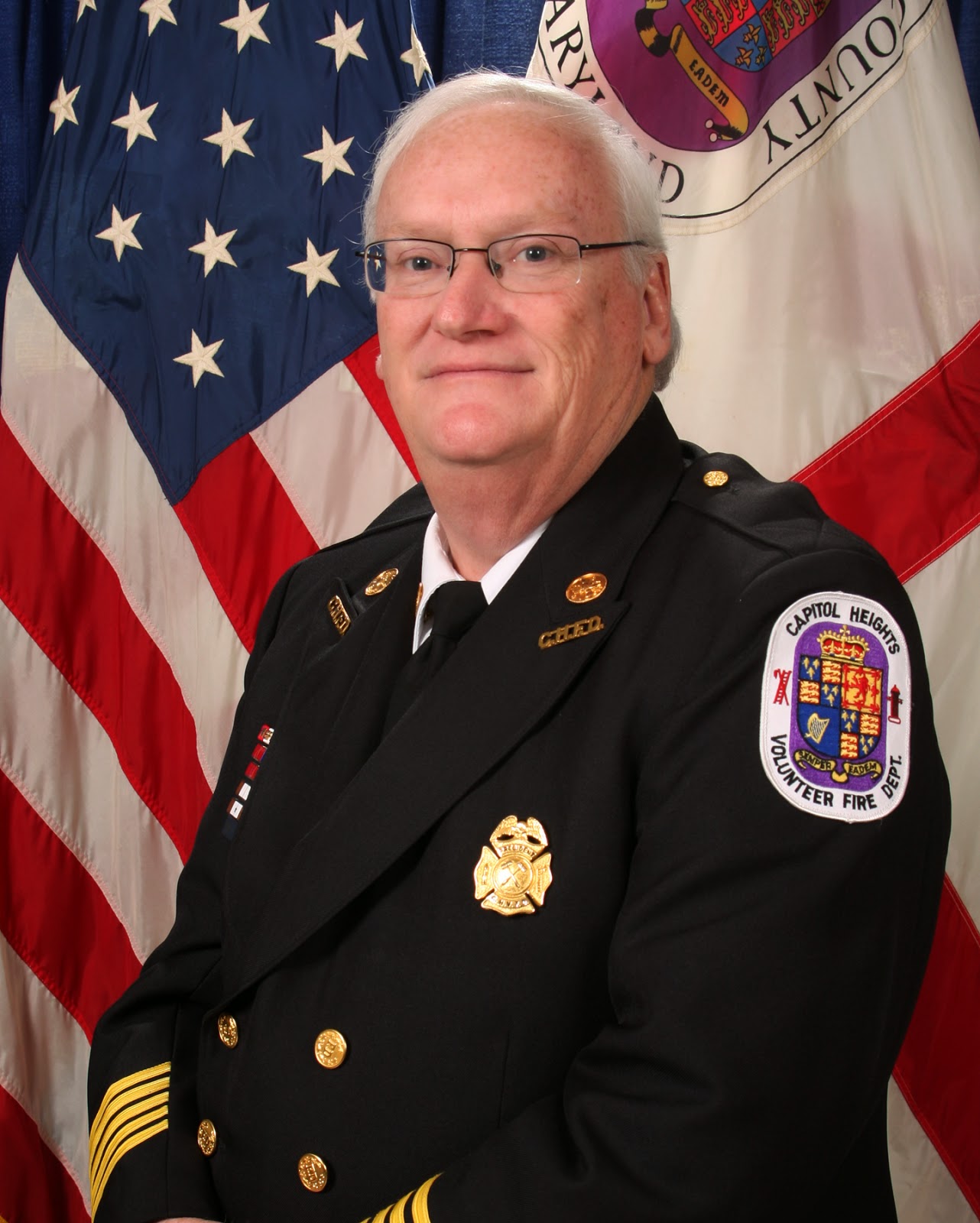 James “Jim” McClelland, a longtime volunteer member will report to work this week at the Prince George’s County Fire/Emergency Medical Services (EMS) Department Headquarters in Largo as a Deputy Fire Chief.  For the first time in many years, he will have both a new employer and title.

The largest and busiest combination—career, civilian and volunteer—system in the country, the Prince George’s County Fire/EMS Department has 45 stations and annually responds to more than 130,000 calls.  It employs over 800 firefighters, paramedics and civilians and has about 1600 volunteer members.

Jim McClelland was appointed as Deputy Fire Chief by County Executive Rushern L. Baker III, and will head the Volunteer Services Command.  While this is a salaried position, he had been serving in a non-salaried position as Assistant Fire Chief and Volunteer Operations Commander for the Department.  He reported to both emergency and non-emergency scenes, where he commanded or assisted in the command of incidents.

McClelland was working at the University of Maryland but retired from there after accepting this appointment.  McClelland replaces Frank Underwood who was the first to be appointed as the Commander of the Volunteer Services and served nearly two years until his departure in 2013.  The position has remained vacant since that time.

McClelland has been a member of the Capitol Heights Volunteer Fire Department since October 1970, having served in a variety of capacities that include line officer, command officer, and executive officer.  He also served 14 years as Deputy Chief, 24 years as Chief, and President for 6 years.  Jim represents the third of four generations serving in the Prince George’s County Fire/EMS Department.  In April 1991, he was appointed to the position of Volunteer Division Chief and Volunteer Major in December 2000.

McClelland has served in other leadership roles within the County’s fire service, including 12 years as Vice Chairman of the Prince George’s County Volunteer Chiefs’ Council and 3 years as the Chairman.  He has also served on numerous committees, task forces and work groups and currently chairs the Communication Work Group and co-chairs  the 57th Avenue SIT Implementation Task.

In 2001, James McClelland was inducted into the Prince George’s County Volunteer Fire & Rescue Association’s Hall of Fame and selected as the Maryland State Firemen’s Association “2003 Firefighter of the Year.”