An Upper Marlboro man has been arrested for crimes related to a fire that occurred on Dunloring Drive.  On Monday, April 3, at around 12:30 pm, Prince George’s County Firefighters responded to a townhouse fire in the 11500 block of Dunloring Drive in Upper Marlboro.  Firefighters arrived to find fire showing from all 3 levels of a townhouse.  Fire extended to and damaged two additional townhouse before being extinguished.  Two firefighters sustained minor injuries while battling the fire.  Both were treated and released from a hospital.

Personnel from the Fire/EMS Department Office of the Fire Marshal arrived and conducted a cause and origin investigation and determined the fire was incendiary and worked to develop suspect information.  The fire caused an estimated $320,000 in fire loss to the three structures and their contents.  Eight adults and one child were displaced.

Fire Investigators are continuing to seek information about this incident including additional suspects.  Anyone with information is encouraged to contact the Arson Tip Line at 301-77-ARSON (301-772-7766).  Callers may remain anonymous.

Below is a video compiled of a series of clips obtained from a nearby security camera.  The video shows the suspect on location and subsequent fire.  Again, these are a compilation of select clips.  Other images include images by the fire department during extinguishment of the fire.

These images are credited to Paul Hawkins, PGFD Observer. 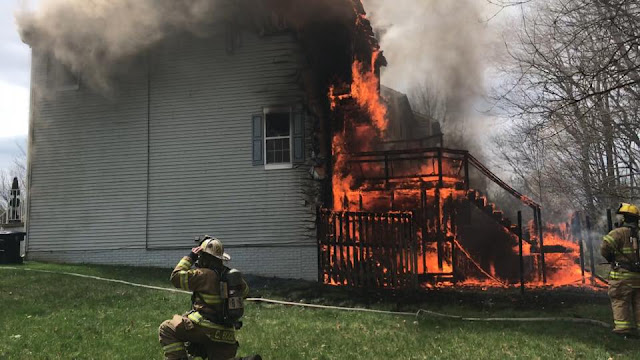 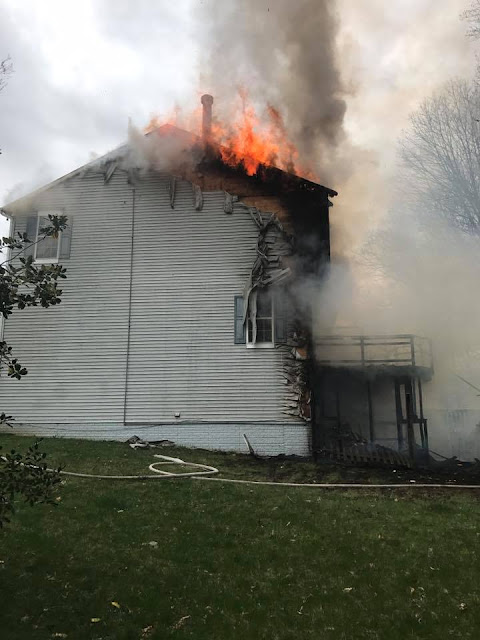 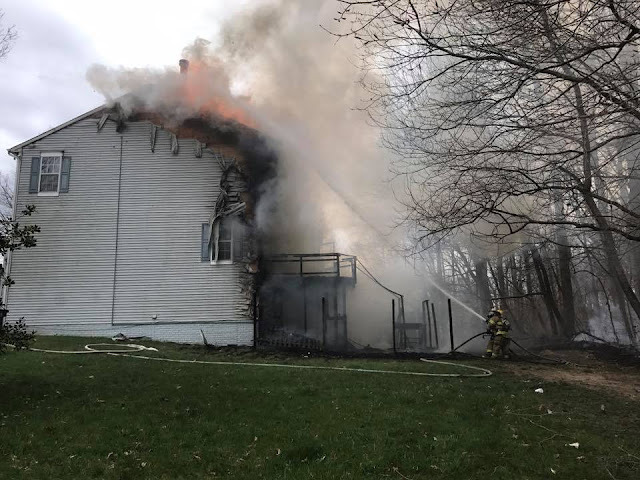 Posted by PGFD at 9:22 AM No comments: Links to this post