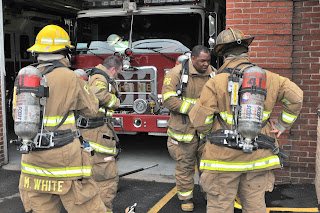 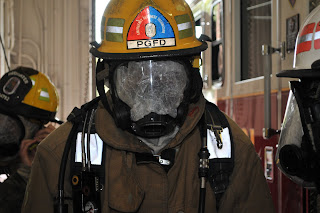 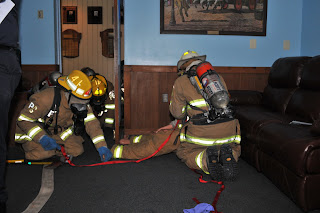 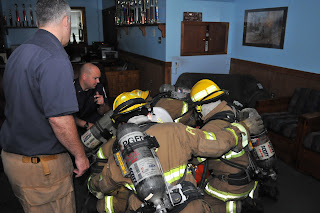 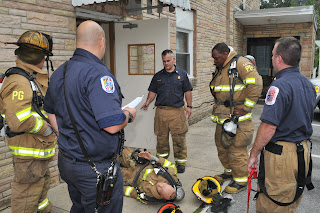 Each crew rotated through hands-on evolutions by assuming the role of the Rapid Intervention Team (RIT). The RIT was deployed by incident commanders after receiving a report that a firefighter assigned to the “attack group” was separated from his crew, became disorientated and was low on air. The lost firefighters name, station and last known location were provided to the RIT. Firefighters, with face pieces blurred by wax paper to simulate interior fire/smoke conditions, followed a hoseline until locating the downed firefighter with PASS device in full alert. The RIT evolutions were monitored by Acting Fire Captain Daniel Schrader and Acting Fire/Medic Lieutenant Phil Bird. After each evolution firefighters and monitors had the opportunity to immediately critique their operations.

Posted by PGFD at 2:39 PM No comments: Links to this post