A contingent of Prince George's County Firefighters and Paramedics participated in the First Annual Saint Patricks Day Parade in Annapolis on Sunday, March 10, 2013.  Clad in Class A uniforms the group represented Prince George's  bravest as they marched up West Street and then down to the City Docks.

Coinciding with the parade was a Saint Baldricks event where five members of the Department had their heads, and eyebrows, shaved to raise funds.  Rob Kight, John Princiotta, Daniel Robinson, Daniel McGown and John Padukiewicz participated in the fundraiser at Fado's Irish Pub in Annapolis.  The PGFD team raised their goal amount of $1,000, however, donations can still be made by clicking here.

Congratulations to the personnel that worked to organize these events and to everyone that marched and were there to watch and cheer on the participants. 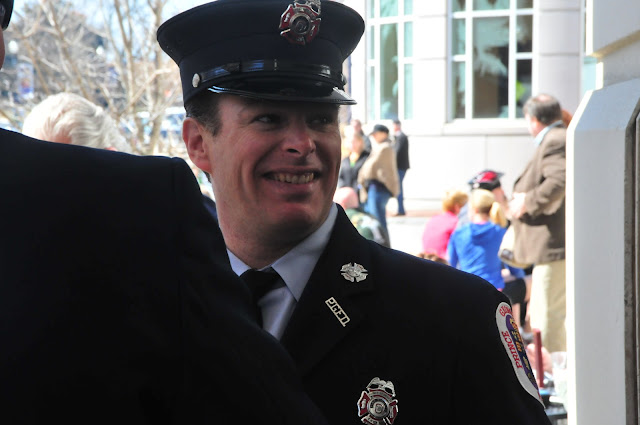 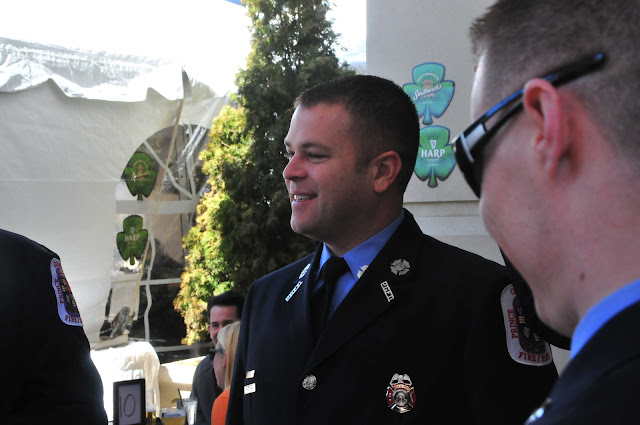 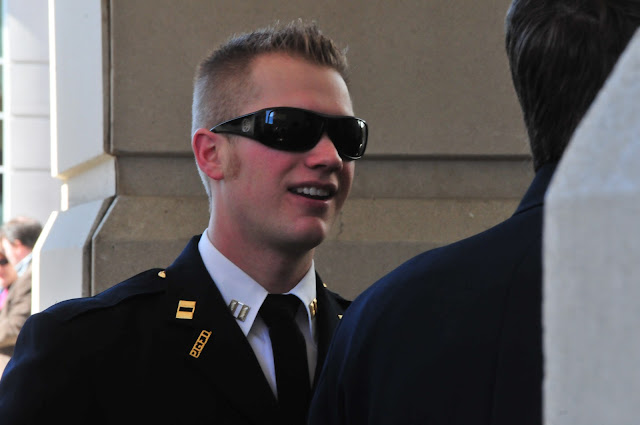 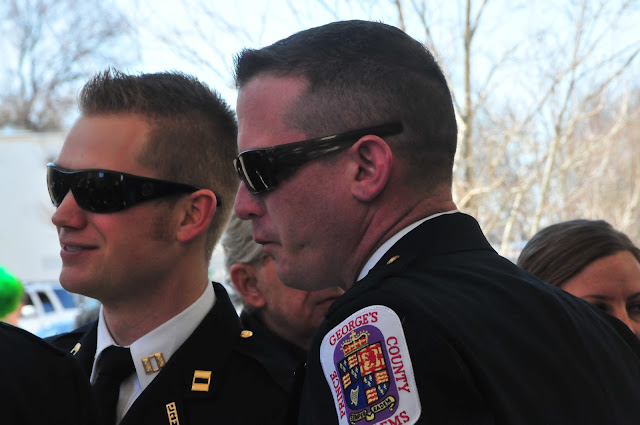 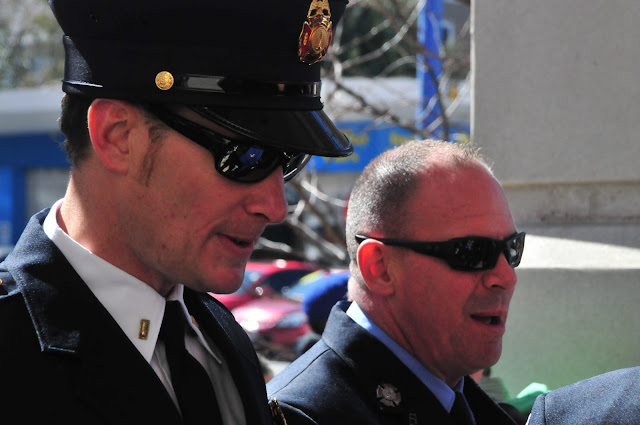 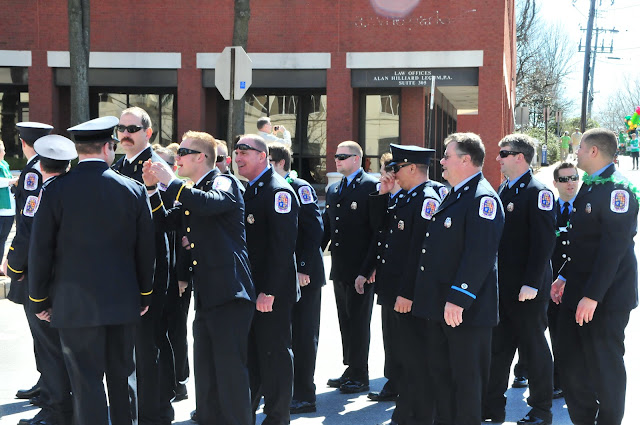 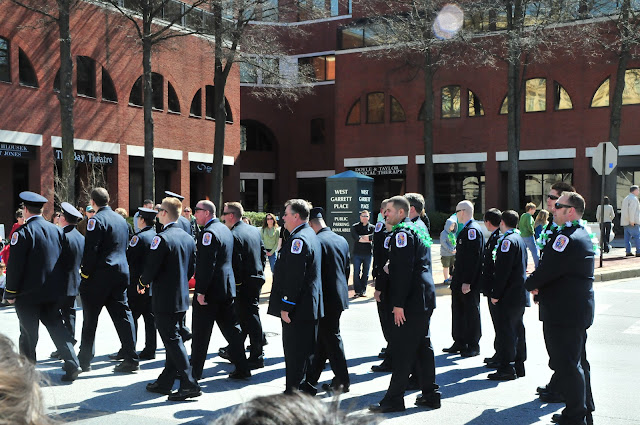 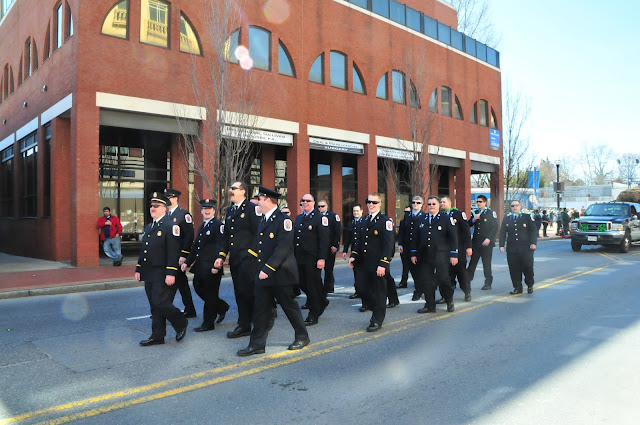 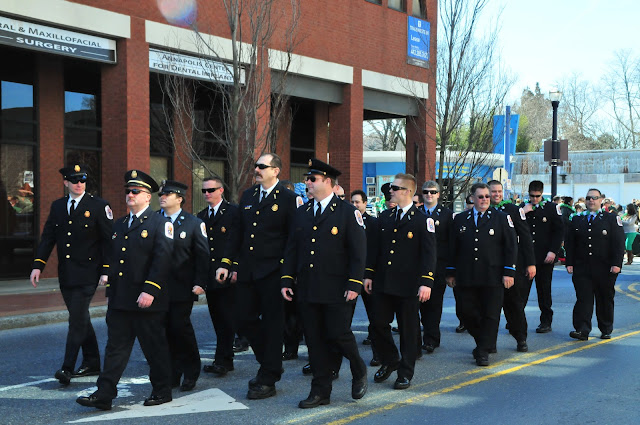 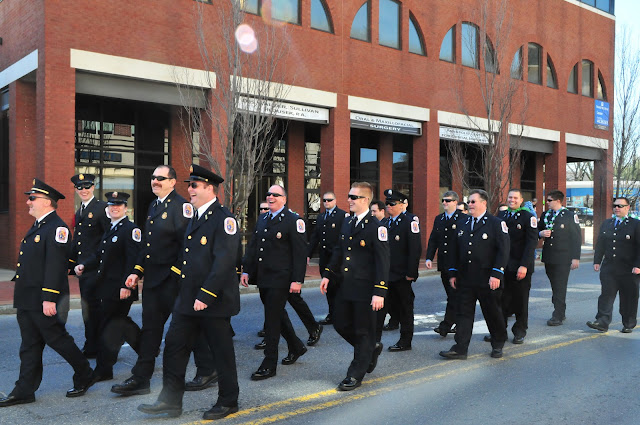 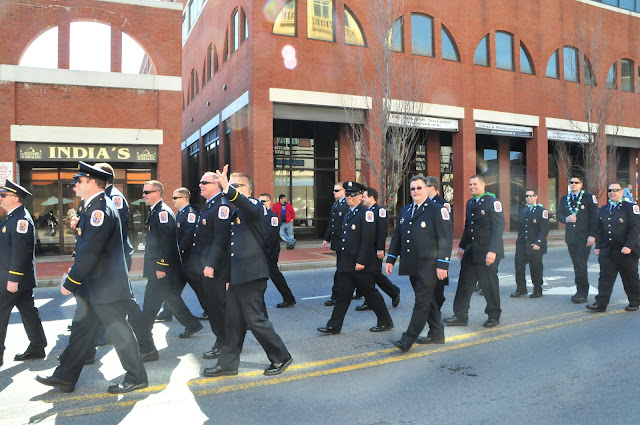 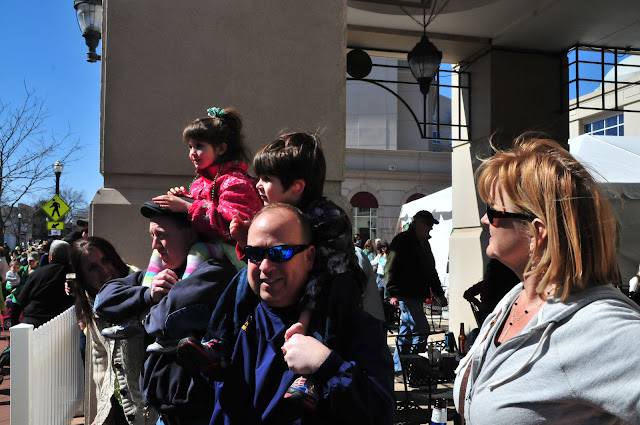 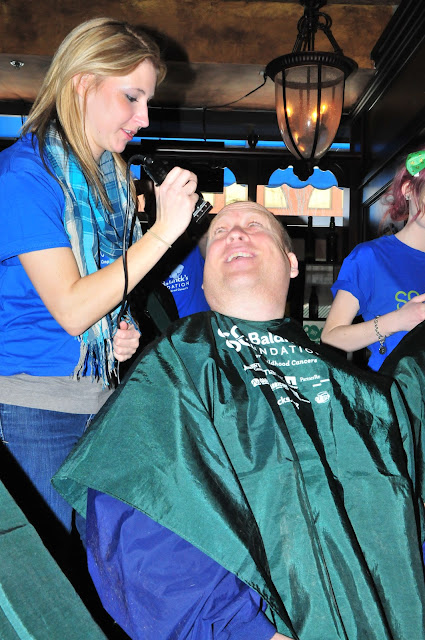 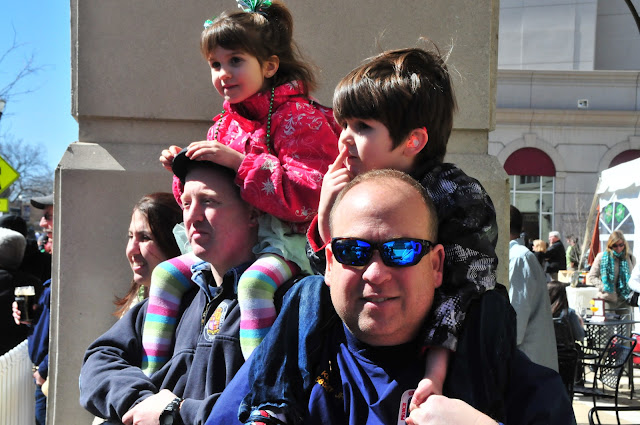 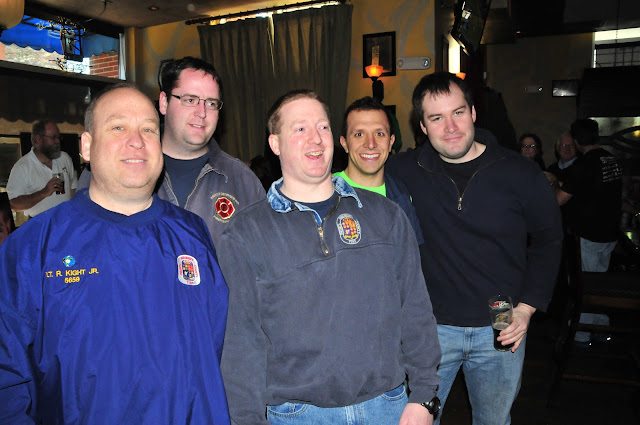 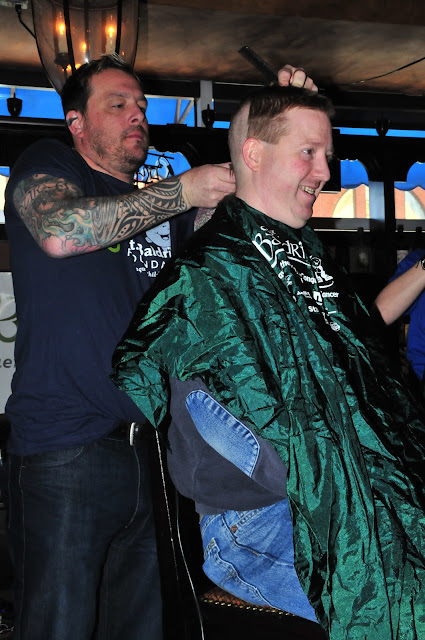 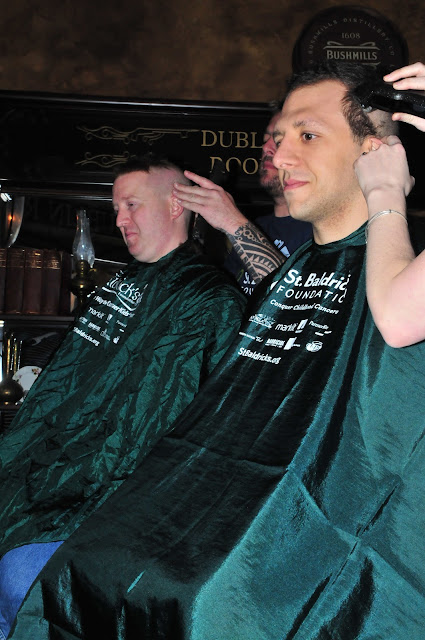 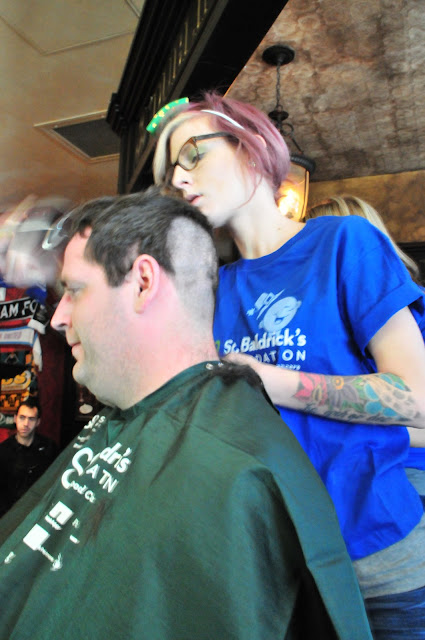 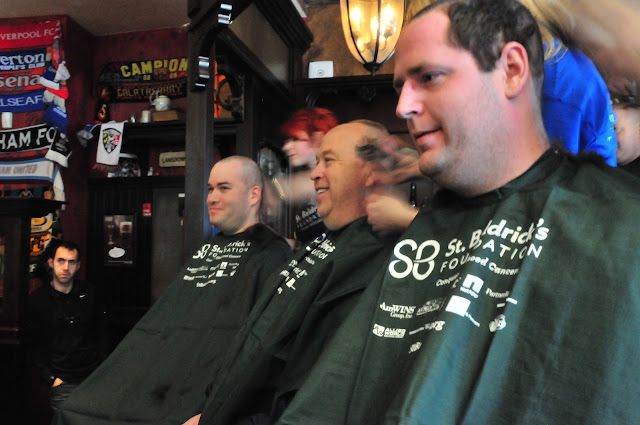 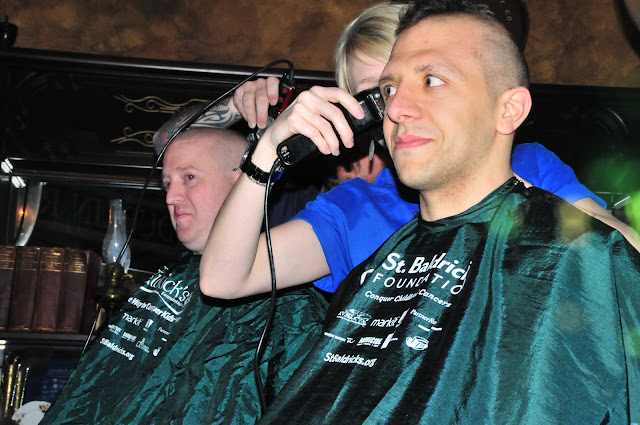 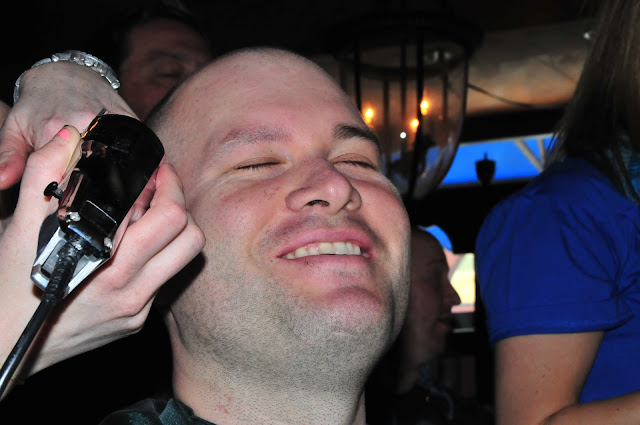 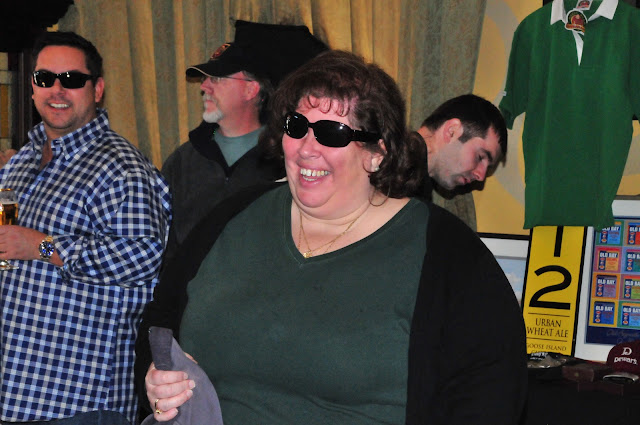 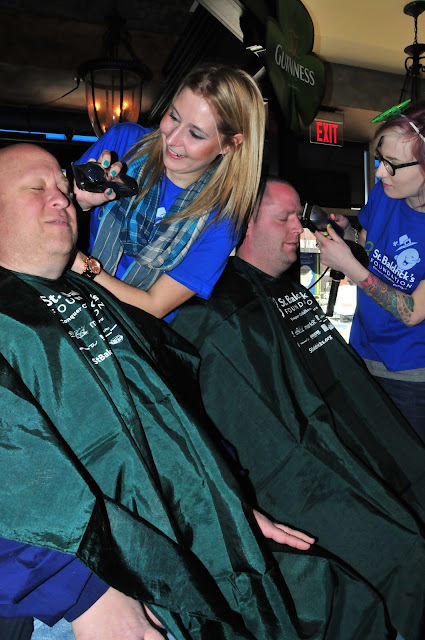 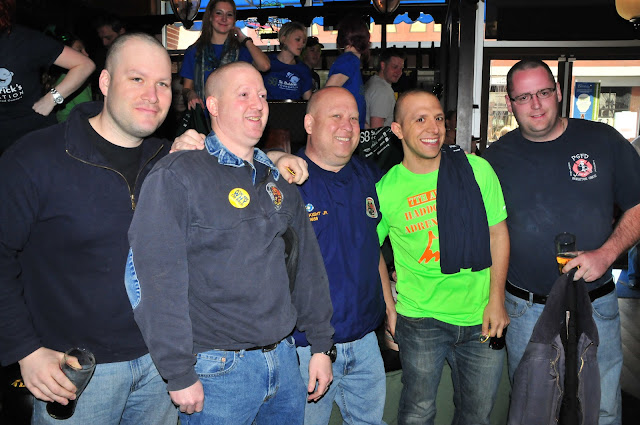 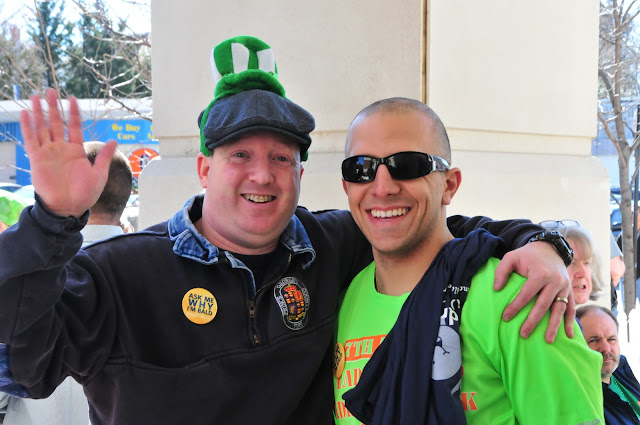 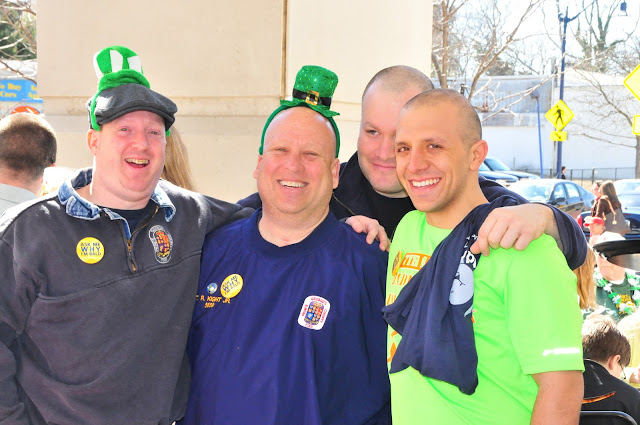 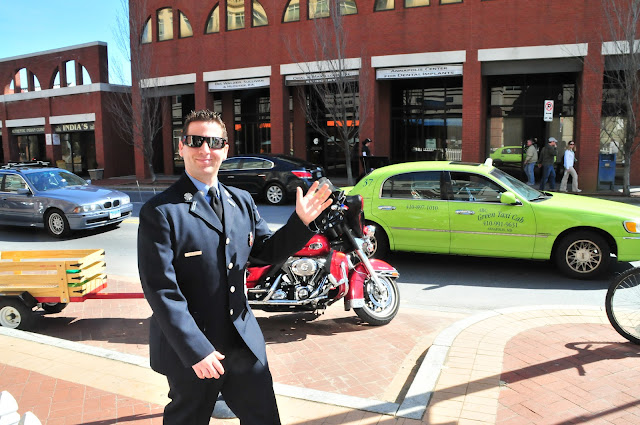 Posted by PGFD at 6:24 PM No comments: Links to this post