MEDIA CONTACT: Mark E. Brady, Chief Spokesperson, 240-508-7930
Firefighters worked quickly to extinguish a fire in a vacant Hyattsville warehouse this morning.  Around 11:15 am, Sunday, March 6, 2011, firefighters were alerted for a possible vacant warehouse fire near Lancer Drive and Ager Road.  The large vacant structure, formerly Ginns Supply warehouse, had smoke showing upon arrival of firefighters.  Knowing this structure had been vacant for years; incident commanders restricted firefighters to exterior operations and restricted interior operations or roof work.  With an obvious fire inside the structure with heavy smoke coming from the decaying structure, incident commanders requested additional resources and set up apparatus for the possibility of master stream devices, a tactic used in fighting large volume fires.

Firefighters surveyed the building from the exterior and found the fire originating from a trash compactor still attached to the building.  There was some extension to the interior of the building which included trash and a van parked inside.  Firefighters initiated a limited interior attack and were successful in knocking the fire down before it spread throughout the building.

The cause of the fire is under investigation and no fire loss was assessed being as the structure is vacant.  There were no injuries during this incident. 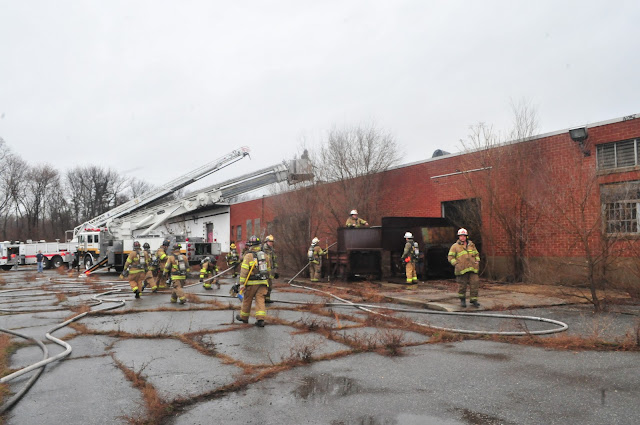 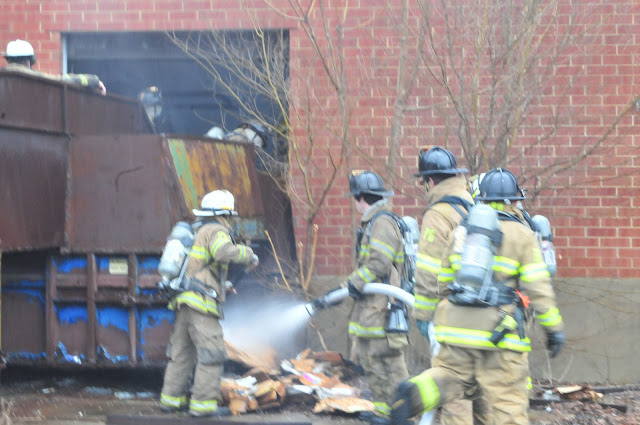 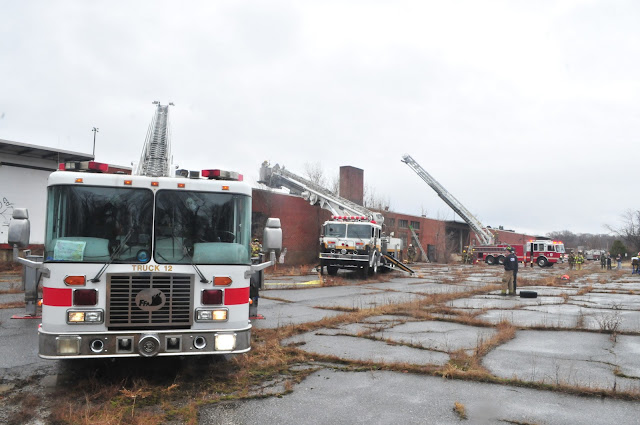 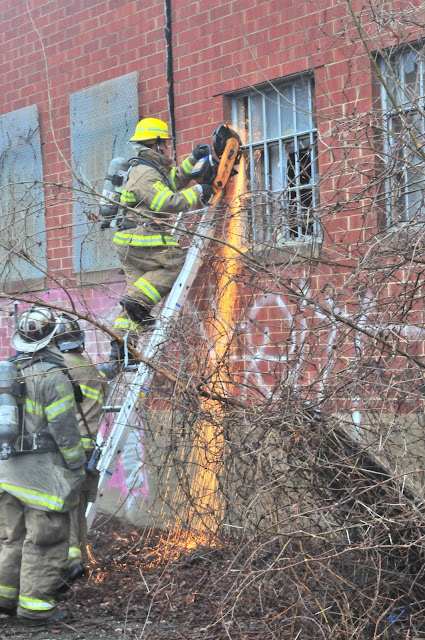 Posted by PGFD at 5:15 PM No comments: Links to this post