The Prince George’s County Fire/Emergency Medical Services (EMS) Department offers the following safety tips, to ensure that all citizens and residents will enjoy a safe and happy Thanksgiving holiday. Unfortunately, fire safety and injury prevention guidelines are often overlooked during the holidays. Prince George's County Fire Chief Marc S. Bashoor stated, "Everyone needs to keep Safety First and by doing so our citizens, visitors and businesses can avoid tragedy and disruption of their holiday festivities."

If your Thanksgiving plans include a Turkey Fryer, this is a  another whole story by itself, click here for Turkey Fryer Safety Tips.

While these safety and cooking tips may not make Thanksgiving dinner taste any better--they will help to avoid potential disaster;

Need a smoke alarm or carbon monoxide detector and you live in Prince George's County???

The men and women, career, civilian and volunteer, of the Prince George's County Fire/EMS Department wish everyone a Happy and Safe Thanksgiving!!!
Posted by PGFD at 8:55 PM No comments: Links to this post

The annual life safety inspection and familiarization walk-thru of a major attraction at the Gaylord National at the National Harbor occurred this week.  Fire Inspectors from the Fire/EMS Department's Office of the Fire Marshal and Firefighter/Medics from the first due station; Oxon Hill Fire/EMS Station 842, participated in the inspection tour at the ICE 2012 exhibit.  The large venue is contained in a pressurized tent with the frozen sculptures housed in an area with temperatures maintained at 9 degrees.

The inspection passed successfully while firefighters pre-planned the exterior and interior and all points of entry and egress.  Of course the Public Information Officer attended to document the inspection process!!! 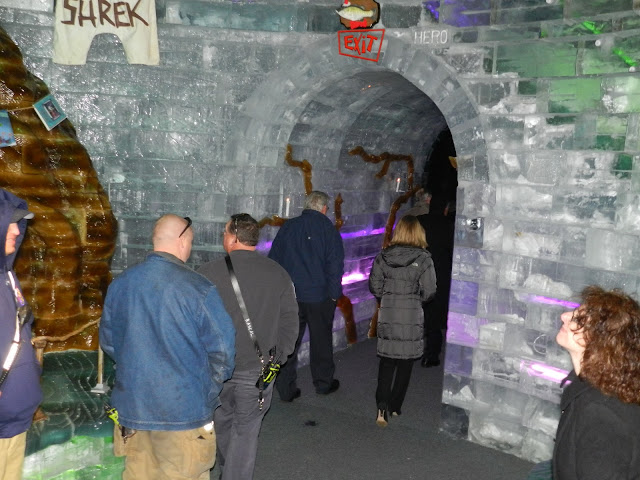 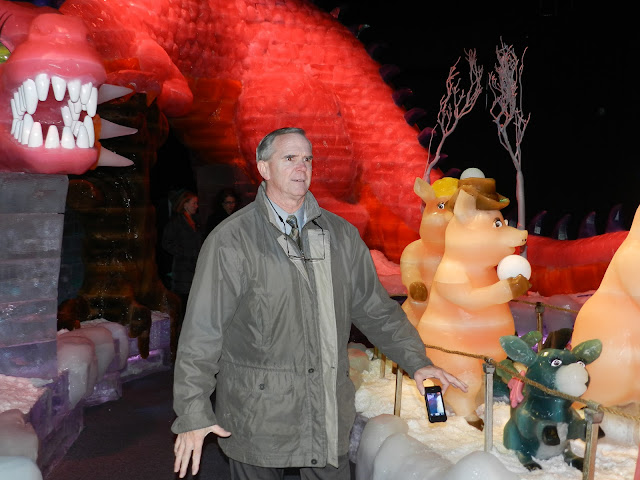 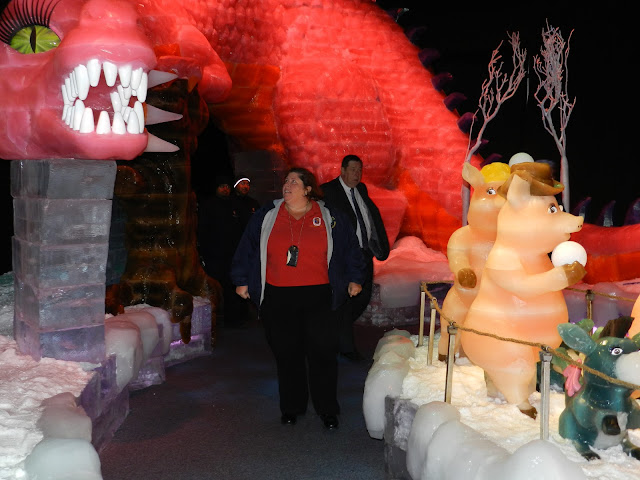 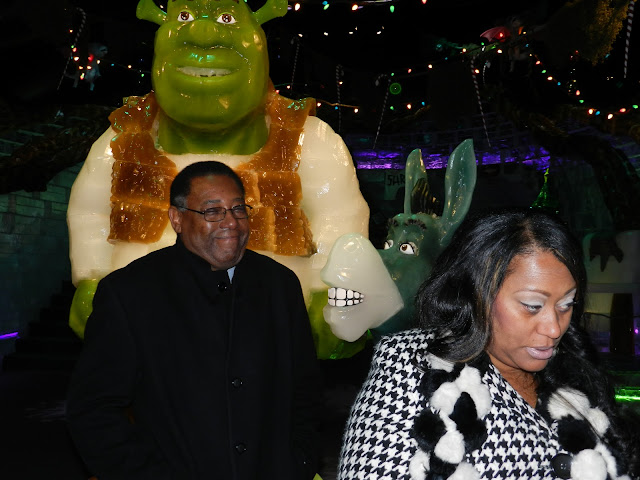 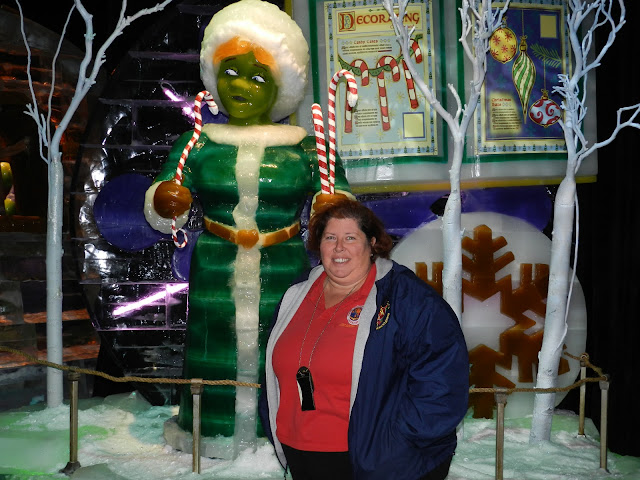 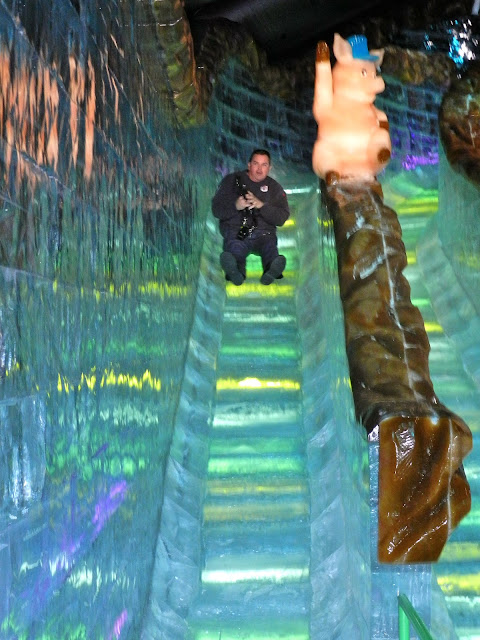 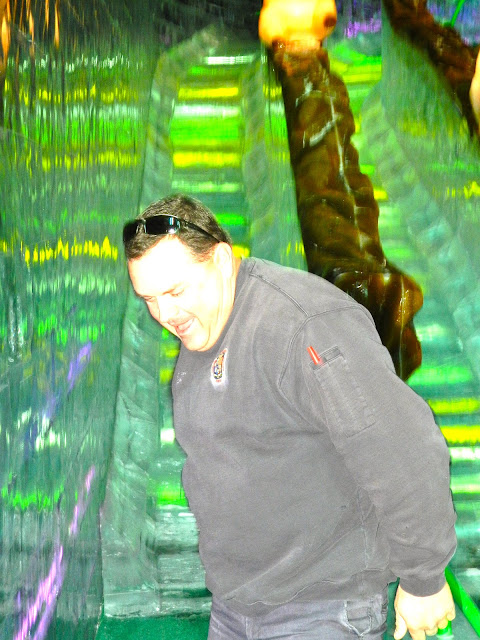 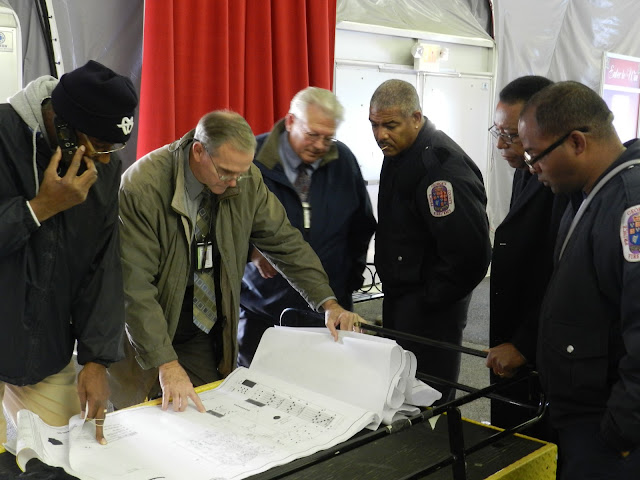 Posted by PGFD at 8:51 PM No comments: Links to this post


Posted by PGFD at 2:59 PM No comments: Links to this post

The Prince George’s County Fire/Emergency Medical Services (EMS) Department responded to a 911 request for two sick residents in an Oxon Hill home this morning and arrived to find the occupants were being exposed to carbon monoxide (CO). Around 9:30 am, Thursday, November 15, a 911 call was placed by a neighbor reporting that two occupants of a single family home in the 1100 block of Wentworth Drive were both feeling ill. An ambulance was dispatched and upon arrival the crew requested firefighters to the scene to check on the possible presence of CO.


Firefighters used their gas monitoring equipment and found a moderately high level, 80 parts per million (ppm), of CO. This reading was obtained after a neighbor opened doors to ventilate the house possibly reducing the amount of CO in the house before detection equipment was used. Further investigation by firefighters revealed a natural gas furnace with what appeared to be a faulty exhaust pipe. The furnace was shut down and officials from the Washington Gas Company were summoned to the scene. The two occupants were transported by medics to a hospital in Baltimore that has a hyperbaric chamber; the preferred method of treatment for patients that have been exposed to CO.

This incident was not the first time the Fire/EMS Department had been to this particular address and demonstrates the difficulty in detecting the presence of the “Silent Killer” without a detector. The home had a working smoke alarm but did not have a CO detector.

The following are incidents responded to this same address since Tuesday:

• Tuesday, November 13, 70ish-year-old male was transported to an area hospital after feeling ill and calling 911.

• Wednesday, November 14, a 70ish-year-old female was transported by a different ambulance crew to an area hospital after feeling ill and calling 911.

• Later that same day, Wednesday, November 14, a different firefighter/medic crew from the previous incidents returned and found a 50ish-year-old male deceased. The deceased had a known medical history. Following protocol the deceased remained on the scene for the routine police investigation. The cause of death for this individual is not known or if CO had a role in the death.

• Thursday, November 15, this morning’s incident involved an ambulance being dispatched to a 911 request for two sick residents in the Oxon Hill home and arrived to find the same two 70ish male and females patients sick. It was on this call that CO was detected in the house.

Firefighter/Medics had no reason to believe or suspect that carbon monoxide was a factor in any of the above incidents until this morning. However, the Fire/EMS Departments Quality Assurance office will conduct a complete review of each incident.

The Wentworth Drive home is located within the same community where five residents succumbed to CO exposure on Shelby Drive in April of this year. At that time firefighters went door-to-door offering to check or install smoke alarms and CO detectors. The Fire/EMS Department has also been offering to visit any Prince George’s County home and provide one or both of these life saving devices. This service is available simply by calling our Safety First program at 301-864-SAFE (7233).

Carbon monoxide is a colorless, odorless, and tasteless gas and is referred to by firefighters and paramedics as the “Silent Killer.” The reference to the “silent killer” is due to the properties of CO (colorless, odorless and tasteless) make it nearly impossible to detect without monitoring equipment. A working CO detector is the best method citizens and residents can use to detect the presence of CO. CO alarms are inexpensive and can be purchased at hardware and home improvement stores.

CO results from incomplete oxidation of carbon in combustion and/or the inadequate ventilation of CO after normal combustion. Sources of CO include unvented kerosene and gas space heaters; leaking chimneys and furnaces; back drafting from furnaces, gas water heaters, wood stoves, and fireplaces; gas stoves; generators and other gasoline powered equipment; automobile exhaust from attached garages.

• Install at least one battery-powered or hard-wired CO detector on each level of your home and near sleeping areas, and make sure it is more than 5 feet from fuel-burning appliances to prevent false alarms.

• Ensure that fuel-burning appliances are properly installed and working according to the manufacturer’s instructions. Inspect these appliances for adequate ventilation.

• Do not burn charcoal inside your house, even in the fireplace.

• Do not use gasoline-powered generators inside of your house.

• Do not block or seal shut exhaust flues or ducts for appliances, such as water heaters, ranges and clothes dryers.

If It Happens to You

• Never ignore your CO detectors if it sounds.

• Determine if anyone in the household is experiencing symptoms of CO poisoning such as a headache, nausea, drowsiness or confusion. Call 911.

• Open doors and windows, or exit your home. Leave the CO alarm where it is.

• If you have an alarm with digital display, emergency responders can determine the highest level of CO present and decide how to treat victims.

• Do not return to your home until the emergency personnel have arrived, the home is aired out and your CO alarm returns to normal operation.

The best protection a family can provide for themselves is to have a working smoke alarm and CO detector in their home. These devices should be tested on the first day of every month and battery’s changed at least once-a-year. These life saving alarms, when properly maintained, work every second of every day protecting you but they don’t work forever. CO detectors should be replaced every 8 years and smoke alarms every 10 years.

Posted by PGFD at 1:56 PM No comments: Links to this post