Prince George's County Firefighters responded onto Andrews Air Force Base this afternoon to help battle a fierce fire involving a row of townhouses.  At about 3:45 pm Fire/EMS units responded to the 2000 block of Madison Drive for a 3-story, middle of the row, townhouse and arrived to find heavy fire showing.  The fire eventually spread to two other townhouses before the fire was extinguished after about 1 hour.  No injuries were reported to PGFD Firefighters.
Please contact AAFB for any additional information concerning cause/origin and estimated fire loss.
Photos by Billy McNeel 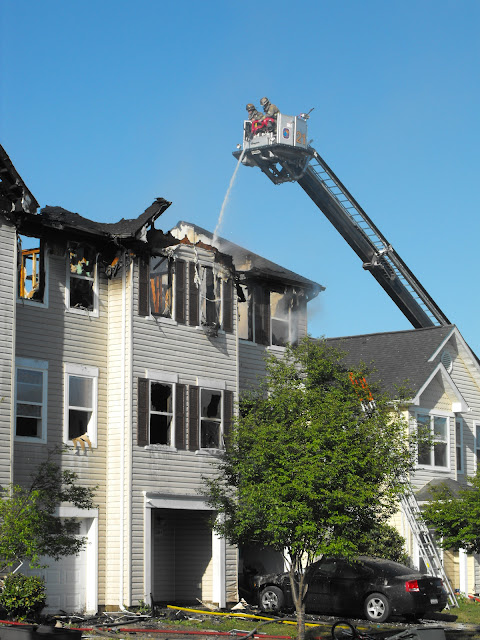 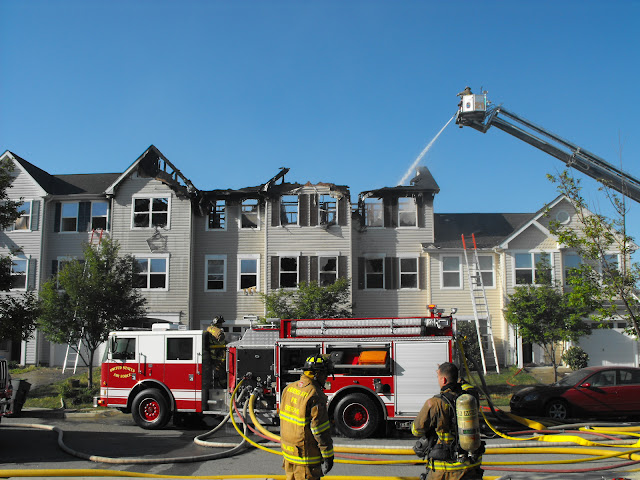 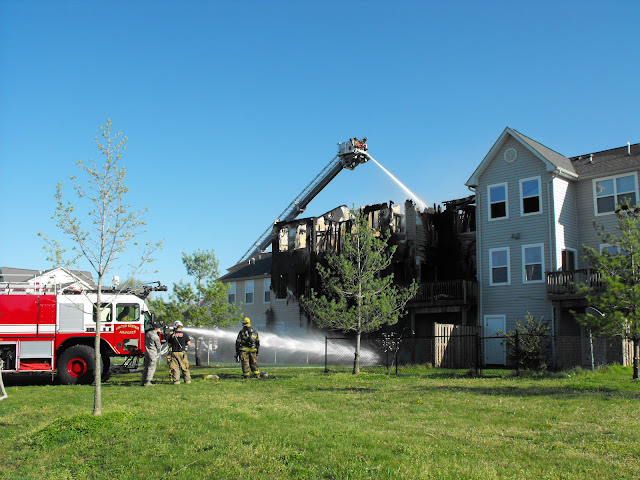 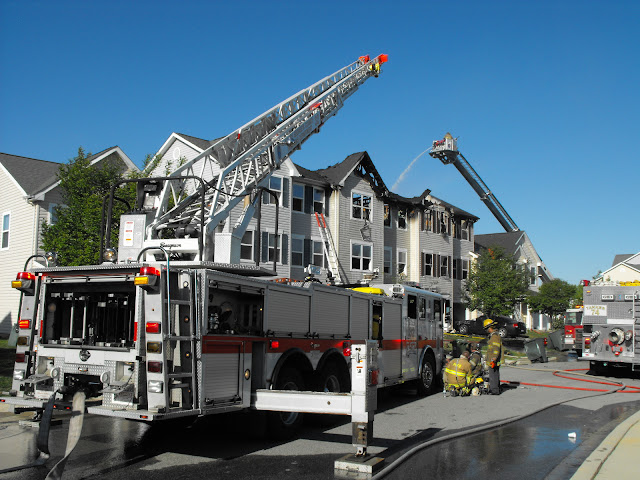 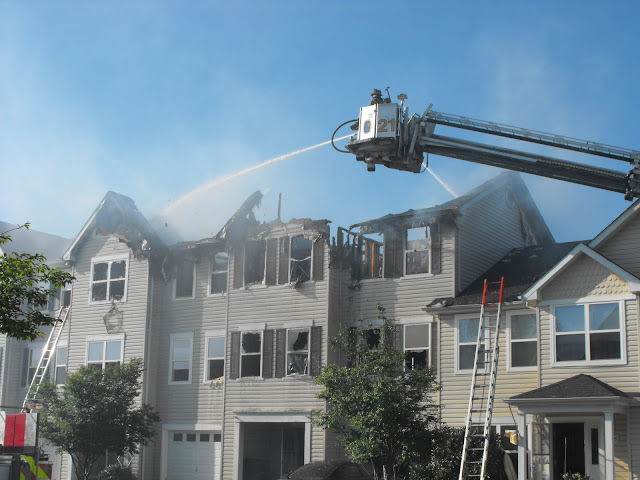 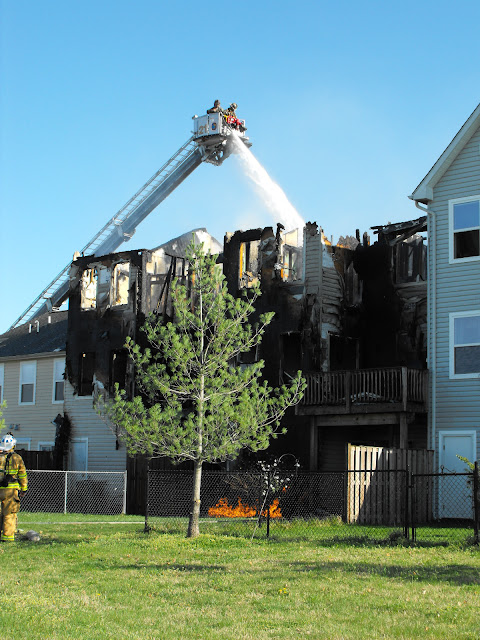 Posted by PGFD at 6:50 PM No comments: Links to this post

The Prince George's County Fire/EMS Departments hockey team will compete in a charity tournament this weekend.  Team PGFD will be participating in a tournament primarily composed of public safety teams hosted by the DC Fire Hockey Team.  A portion of proceeds will be donated to the DC Firefighters Burn Foundation, a group that has been mentioned and thanked numerous times for their assistance provided to injured firefighters at the Burn Unit of MEDSTAR Washington Hospital Center.
The PGFD Hockey Team will play their first game on Friday, March 30, 2012, at 4:30 pm.  All games will be played all weekend long at the Gardens Ice House, 13800 Old Gunpowder Road, Beltsville, MD.

Posted by PGFD at 5:13 PM No comments: Links to this post

BY: Mark E. Brady, Chief Spokesperson, 240-508-7930, mebrady@co.pg.md.us
To provide this week’s update I had the privilege of visiting and spending some time with Kevin O’Toole at Medstar Washington Hospital Center on Thursday.  Kevin had just completed a physical therapy session and was sore and in obvious pain.  Joining us were Jane O’Toole, Kevin’s mother, and Fire Captain Charles Flinn.  Kevin was moved to a step down unit on the third floor last week, which makes it easier for visitors to stop in and see him.
Volunteer Fire Fighter Kevin O’Toole was injured with six other firefighters as they battled a house fire in Riverdale on February 24.  Kevin sustained burns over a large portion of his body and has been in the Burn Unit since the night of the incident.
I asked Kevin if there was a message I could convey for him and he quickly responded, “Yes, I’m 21 not 22 years old.”  Easy enough, consider that done.  He also reiterated what one of the Burn Unit Doctors told him, ‘You may be out of the ICU but you are not out of the woods yet.’  “I’m forever grateful for the prayers,” stated Kevin.  “Please continue to pray as I need your support.”
The start of week 5 in the hospital will include an eighth surgery on Friday.  Once released, Kevin said he is looking forward to spending time back home in Bethpage, NY, where he will participate in outpatient physical therapy.  He is also looking forward to attending the concert of one of his favorite performers, Kenny Chesney, at Fed Ex Field on August 12. 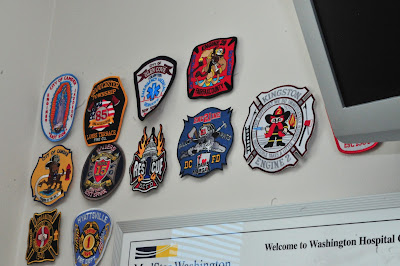 Kevin’s room, 3 East 322, is decorated with photos, cards, hand-written notes and fire department patches.  Jane O’Toole stated that we were only seeing about ¼ of the well wishes that had been sent to Kevin.  He reads each and every card sent to him and often rereads them.  The Zac Brown Band and Bucky Covington wrote personal notes to Kevin and included autographed items, which elevated Kevin’s spirits and morale last week.  “When I receive cards and read all the well wishes on FACEBOOK, it makes me feel incredible,” Kevin said.  “I have recently started collecting fire department patches and posting them on my hospital room wall, often times it is the little things that are the highlight of my day.” 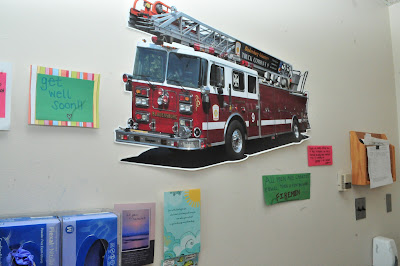 Spending time recovering in the hospital is a long process with many hours spent passing the time in between doctor visits, surgeries and physical therapy.  Kevin spoke of his "mental strength" and how it does him good to receive cards and visit with family, friends and co-workers.

I encourage everyone and anyone to take the time and send Kevin a card, patch or FACEBOOOK post.

If sending a note or a fire department patch can be the highlight of Kevin’s Day and if these gestures make him feel incredible, than lets get this done.  Send a card or note, post on his wall, send a patch for his hospital room wall and visit him. 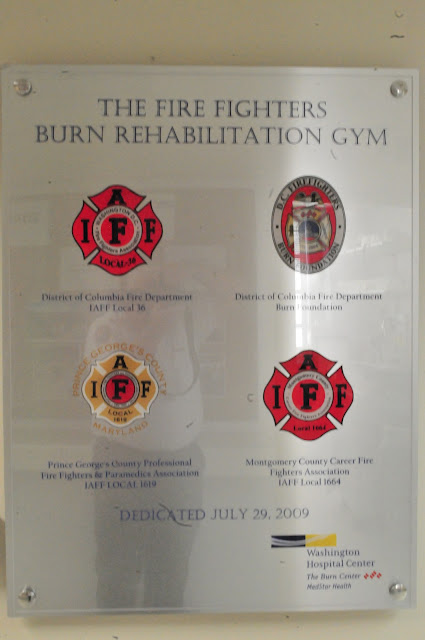 Posted by PGFD at 3:39 PM No comments: Links to this post

MEDIA CONTACT: Mark E. Brady, Chief Spokesperson, 240-508-7930
Prince George's County Fire Investigators have determined the cause of the fire that damaged a pool house on Wednesday, March 28.  Investigators have labeled this fire as "accidental" and attributed to an electrical malfunction.  Fire loss is estimated at $150,000.  No injuries were reported.

Jonathan D. Howard, Sr., Deputy Fire Chief 43A - Bowie Volunteer Fire Department, provided us with these images he captured when he arrived on the scene. 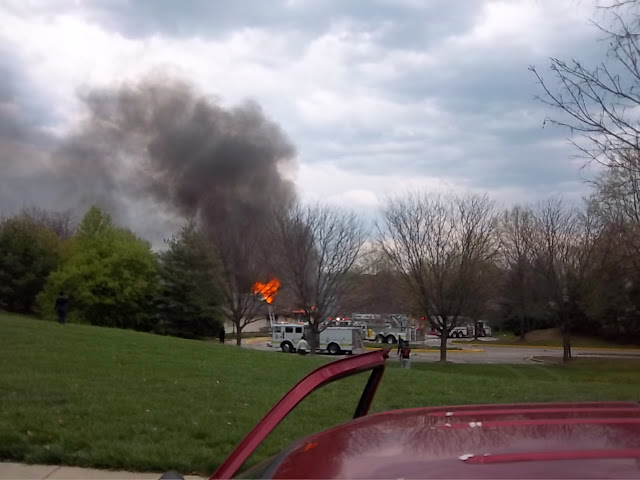 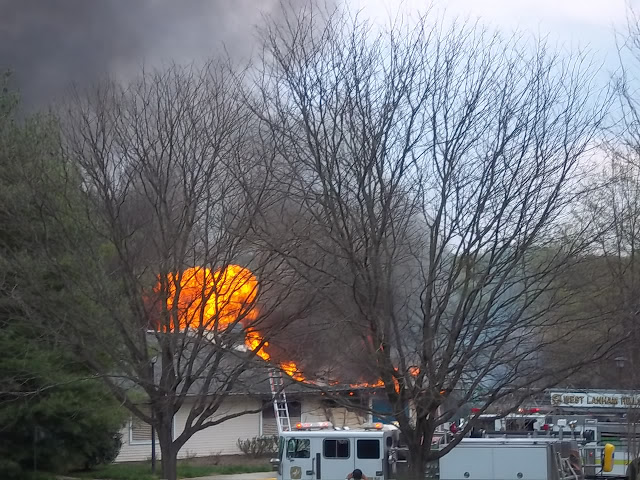 Posted by PGFD at 8:31 AM No comments: Links to this post


Lifesaving Leadership Flyer -
Posted by PGFD at 8:20 AM No comments: Links to this post