Just after 11:00 pm, Friday, June 3, firefighters were alerted to an apartment fire in Langley Park.  At the same time, County Police were alerted to the same location for some type of disturbance.  Firefighters staged nearby until police confirmed the scene was safe.

Firefighters from Prince George’s and Montgomery County arrived at an apartment building in the 8100 block of 15th Avenue with fire showing from a 1st floor apartment.  A 2nd Alarm was sounded bringing additional personnel and resources to the scene.

Firefighters from the initial response quickly extinguished the fire, searched the building for any occupants and checked for extension to the top floor.  All searches were negative and no injuries were reported.

Personnel from the Office of the Fire Marshal conducted a cause and origin investigation and determined the fire was incendiary.  Fire Investigators worked jointly with the police and one suspect was held for questioning.  Charges are pending.

The American Red Cross provided assistance to families displaced including 4 adults and 6 children.

These images provided courtesy of PGFD 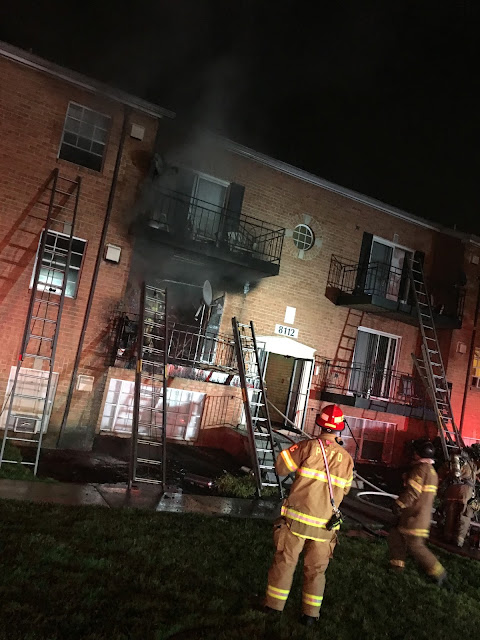 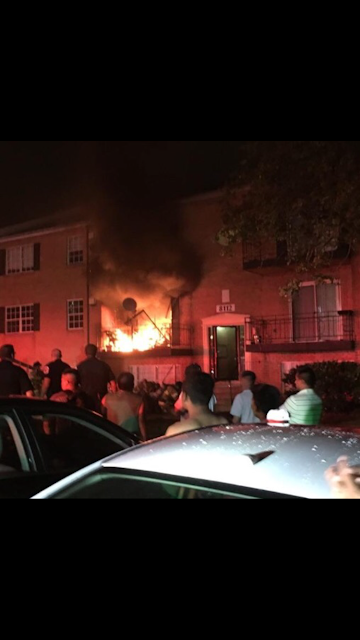 Posted by PGFD at 11:03 AM No comments: Links to this post