MEDIA CONTACT: Mark E. Brady, Chief Spokesperson, 240-508-7930, mebrady@co.pg.md.us
Prince George’s County Firefighters were alerted to a house fire just after 2:00 pm, Thursday, October 28, 2010, in Upper Marlboro. The first arriving engine from Forestville Fire/EMS Station #823 encountered a 2-story single family home in the 2900 block of Matapeake Drive with fire showing from the attached garage. There were two vehicles parked in the driveway at the doors of the garage that were also on fire; a tractor portion of an 18-wheeler and a passenger vehicle. Firefighters advanced the first attack line through the front door of the house and made their way to the interior garage entrance where they started to knock down the fire. The bulk of the fire in the garage and vehicles were contained and extinguished within 20 minutes.


An adult male and his two dogs will be displaced and are being assisted by the Fire/EMS Department’s Citizens Services Unit. The occupant was unsure if he would make his own living arrangements or seek the assistance of the Red Cross.

Fire Investigators are looking into how the fire started.  The fire caused $200,000 in estimated loss. No civilian or firefighter injuries were reported. 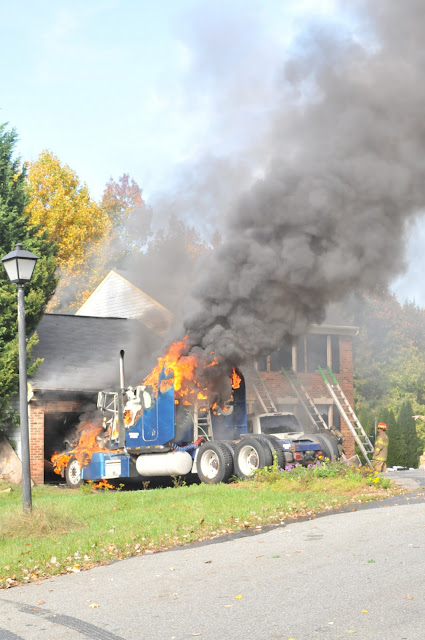 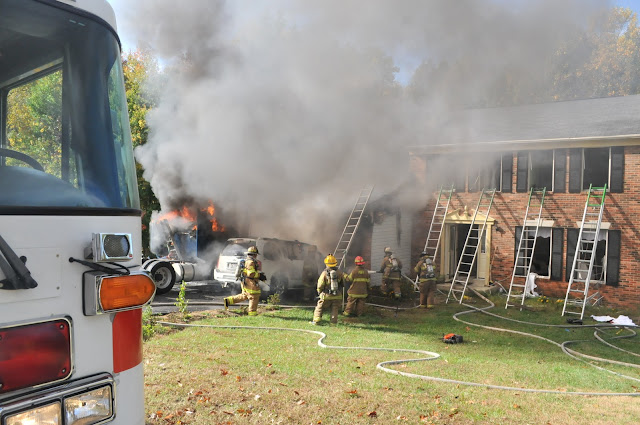 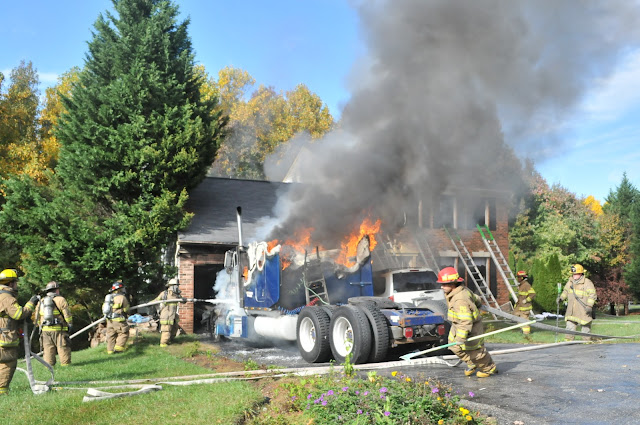 Posted by PGFD at 3:51 PM No comments: Links to this post