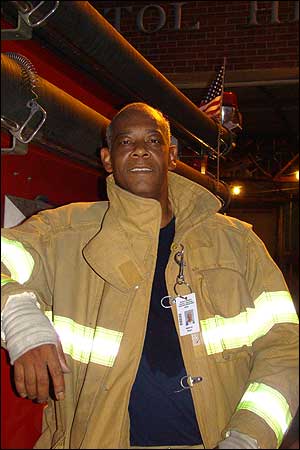 Story and Images by Jen McClelland, Capitol Heights Volunteer Fire Department, 301-883-7705
In the aftermath of September 11, 2001 many firefighters became engaged in fire and rescue operations in New York, Pennsylvania and the Washington metropolitan areas. Other firefighters would assist neighboring departments by providing coverage for units who were still operating at the scenes. Many more would leave their firefighting duties behind and answer the call to serve their country in the military, protecting the home front and fighting overseas. One of our own, Dwayne Frost, Sr., went to work as part of the 273rd Military Police Division of the D.C. National Guard protecting the U.S. Capitol immediately following the tragic events of September 11th as part of Operation Enduring Freedom.

In January 2003, EMS Lieutenant/Firefighter Dwayne Frost, Sr. traded his turnout gear for combat boots and sergeant's stripes and headed to Iraq as part of the Army's 82nd Airborne Division. While serving his two tours in Iraq, he was awarded the Bronze Star for capturing the 7 of Hearts in 55 Most Wanted Iraqis deck of cards. On July 23, 2003, in downtown Baghdad, Sergeant Frost was seriously wounded when a suicide bomber struck his humvee. It's been a long journey for Dwayne, who has undergone many treatments; he has been awarded the Purple Heart for the injuries he sustained while serving his country. Six years after returning from Iraq, Firefighter/EMT Dwayne Frost, Sr. is excited about resuming his fire and EMS duties at the Capitol Heights Volunteer Fire Department.

Frost, a 24-year firefighting veteran, who currently serves as Vice President of the Capitol Heights Volunteer Fire Department, notes the importance of being a firefighter/EMT in his community; "I want to prove that a person with disabilities can serve their community just as well or better than a person without my injuries." Being back on a fire truck again "is like a being baby with brand new toys," Dwayne says grinning from ear to ear.

While the Army has deemed Dwayne fit for combat, National Fire Protection Association (NFPA) 1582, the standard that governs medical evaluations for firefighter candidates, does not allow individuals who have sustained injuries similar to Dwayne's to participate in interior firefighting operations. However, after careful review by the Prince George's County Fire/EMS Department's Bureau of Occupational Safety and Health (BOSH) and an independent medical advisory board, Dwayne has been cleared to participate in exterior firefighting duties and to provide EMS care.

Volunteer Fire Chief James McClelland is glad to see Firefighter/EMT Frost back on the fire engine and ambulance, doing what he loves to do - serve others. Chief McClelland notes, "His courage and commitment to his country, his community and this department are an inspiration to us all. We are very proud of him."

Leadership and mentoring are natural gifts that Dwayne brings to his department; he also continues to serve his military brothers and sisters as a Platoon Sergeant / Liaison for the Warrior Transition Brigade at Walter Reed Medical Center. Dwayne is also an ordained minister and active in his church in Capitol Heights.

Dwayne is a mentor to many of the younger members of the Capitol Heights Volunteer Fire Department, including his sons: Dwayne, Jr., who just completed Firefighter I and is working on his EMT-B training; and Cameron, who is going through the application process.

As any proud father with sons in the fire department, Dwayne has been doing speed drills with Dwayne, Jr. on getting into his protective equipment and onto the fire engine. "He knows I'm right on his heels and one day I'll let him know that I am faster," he laughs.

Through the support of his department, with special thanks to Fire Chief Eugene Jones, Lt. Colonel Steve Hess, and Major Erroll George, Dwayne is now able to realize his dream of once again responding to fire and EMS emergencies. The members of the Capitol Heights Volunteer Fire Department are excited to have Dwayne on the fireground and ambulance with us once again. Citizens and members of our department will benefit from the Dwayne's experience, commitment and service. His perseverance, positive attitude, and leadership are an example to us all. Dwayne truly is an American hero!

For more information on Dwayne and our other veterans visit: chvfd.org/veterans 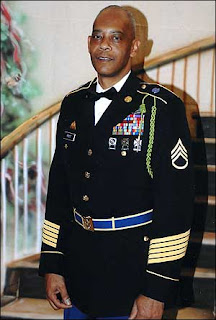 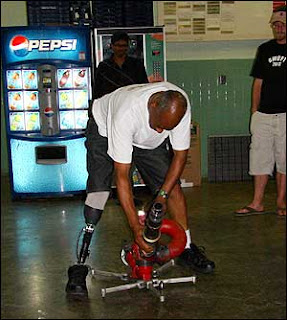 Posted by PGFD at 10:05 AM No comments: Links to this post