On Tuesday, May 6, 2014 Elijah Shahid was sentenced to 30 years in prison (all but 10 years suspended) for 1st Degree Arson.  He was also sentenced to a concurrent 10 years for an Arson Threat.  This will be followed by 5 years of supervised probation.

Fire Chief Marc S. Bashoor, upon hearing of the sentence, commended his Fire Investigators by saying, "I am proud of the hard work and dedication our personnel from the Department's Office of the Fire Marshal demonstrated in this incident with an arrest, conviction and sentencing.  I also want to thank the States Attorney's Office for working with our Fire Investigators in bringing this case to a successful conclusion and lengthy sentence for this heinous crime of Arson."
Posted by PGFD at 1:03 PM No comments: Links to this post

MEDIA ADVISORY
For immediate release:
May 5, 2014

Fort Washington, MD -  Monday, May 5, the Prince George’s County Office of Emergency Management (OEM) announced the Mandatory Evacuation of residents from a section of 28 homes in the Piscataway Hills community near Fort Washington, MD due to a slope failure on Piscataway Drive.  A slope failure occurred over the weekend, collapsing a portion of Piscataway Drive, resulting in water main and sewer failure.  Further roadway failure is occurring.

Prince George’s County Office of Emergency Management is establishing a temporary reception center for affected residents. County officials are working directly with the impacted residents of this community to ensure their safety, as well as communicating regular status updates of the situation in a timely manner.  The County is taking this action pursuant to the Prince George’s County Code Section 4-120, which states:

(a)          Section 117.1 is added to read as follows:  "Imminent Danger."  When, in the opinion of the Code Official, there is imminent danger of failure or collapse of a building or structure or any part thereof which endangers life or when any structure or part of a structure has fallen and life is endangered by the occupation of the building or structure, the Code Official is hereby authorized and empowered to order and require the occupants to vacate the same forthwith.  The Code Official shall cause to be posted at each entrance to such structure, a notice reading as follows:  'This structure is unsafe and its occupancy has been prohibited by the Code Official.'  It shall be unlawful for any person to enter such structure except for the purpose of making the required repairs or of demolishing the same.


See images of events on Piscataway Drive in Fort Washington by clicking here.
Posted by PGFD at 6:59 AM No comments: Links to this post

At about 1:30 pm, Monday, May 5, 2014 Prince George's County Firefighter/Medics and Technical Rescue Team responded to the 5000 block of Cumberland Street in Capitol Heights for a roof collapse with a worker injured and trapped.  Upon arrival firefighters found a 1-1/2 story single family home with contractors installing an entire new roof assembly with addition.  For whatever reasons the entire new roof assembly unexpectedly shifted and partially collapsed trapping one of the contractors.  The structure has appropriate work permits, both County and City, attached to the front window of the house.

First arriving firefighters were able to remove all the debris covering the injured adult male and started to asses and treat his injuries.  The patient appears to have suffered a temporary loss of consciousness among other injuries.  Medics ascended the ladder to the roof and initiated pre-hospital treatment of the patient before allowing him to be moved.

The Tech Rescue Team arrived and worked with the Incident Commander and Firefighter/Medics in establishing a plan for packaging the patient and removing him from the roof.  The patient was placed on to a backboard and secured into a stokes basket.  Ropes were used to lower the patient down a ladder to the ground where paramedics continued to treat the patient.

He was transported to a trauma center with head and internal injuries in serious condition, however, non-life threatening.  The efficient rescue required about 30 minutes. 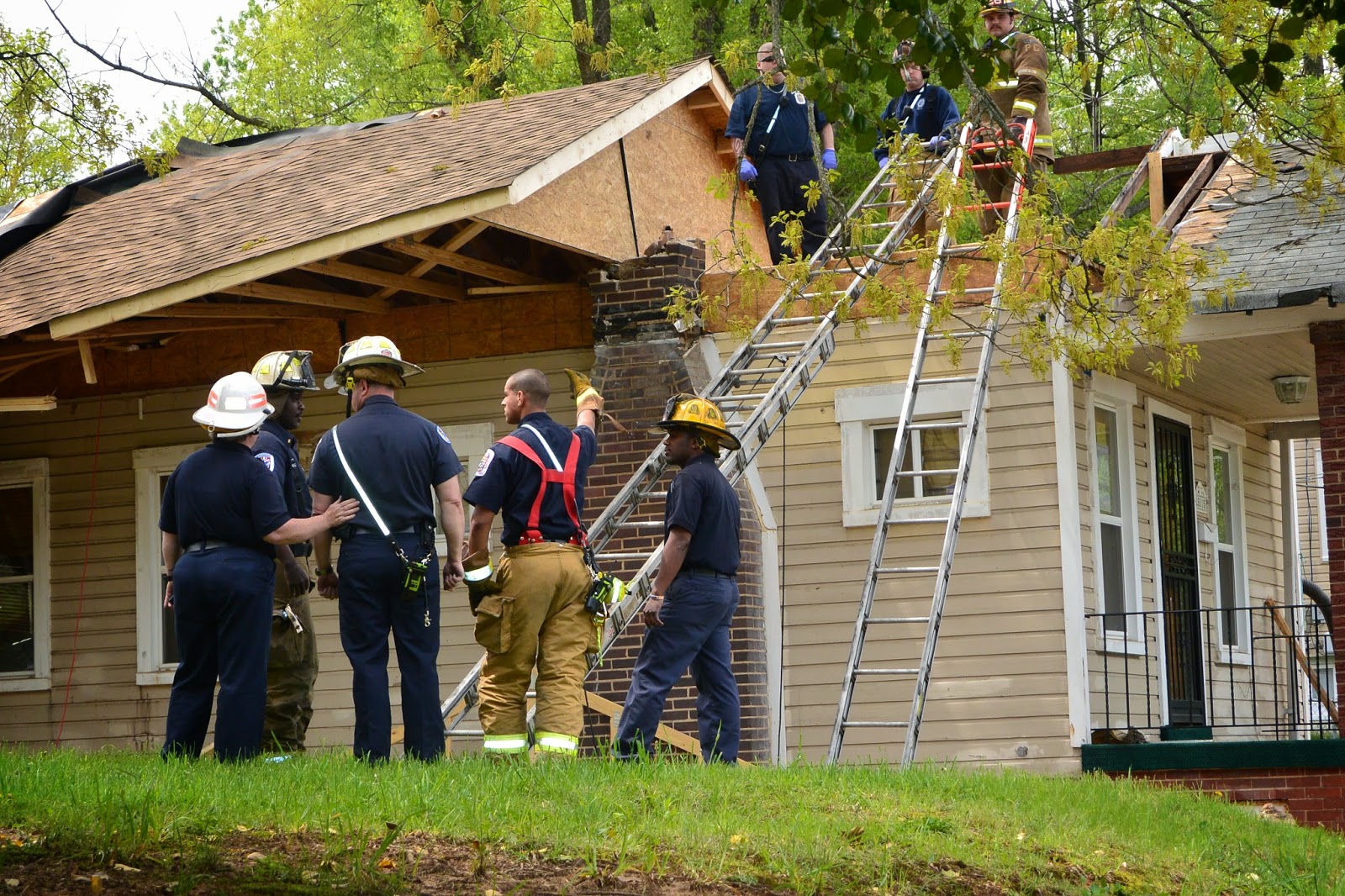 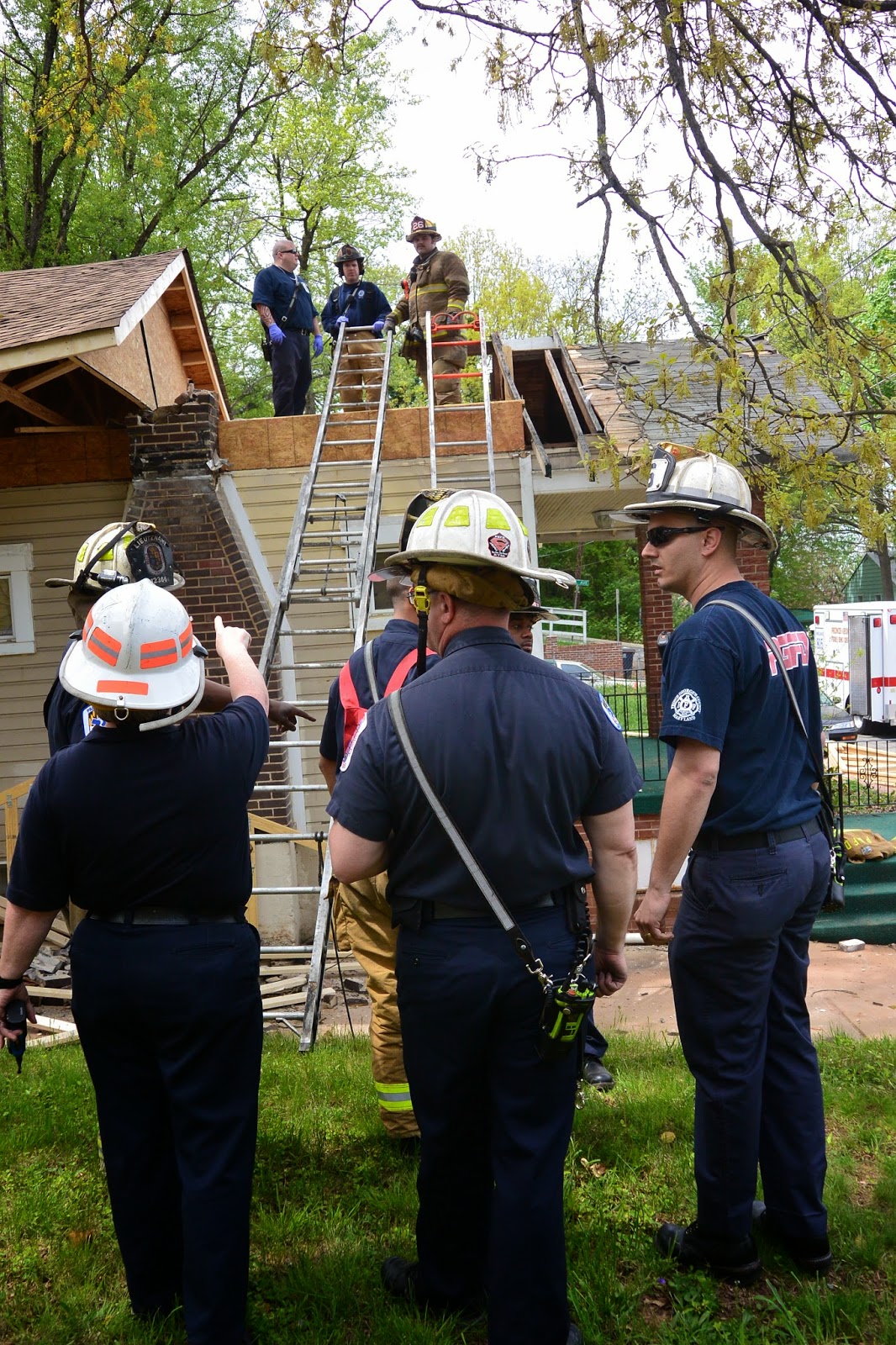 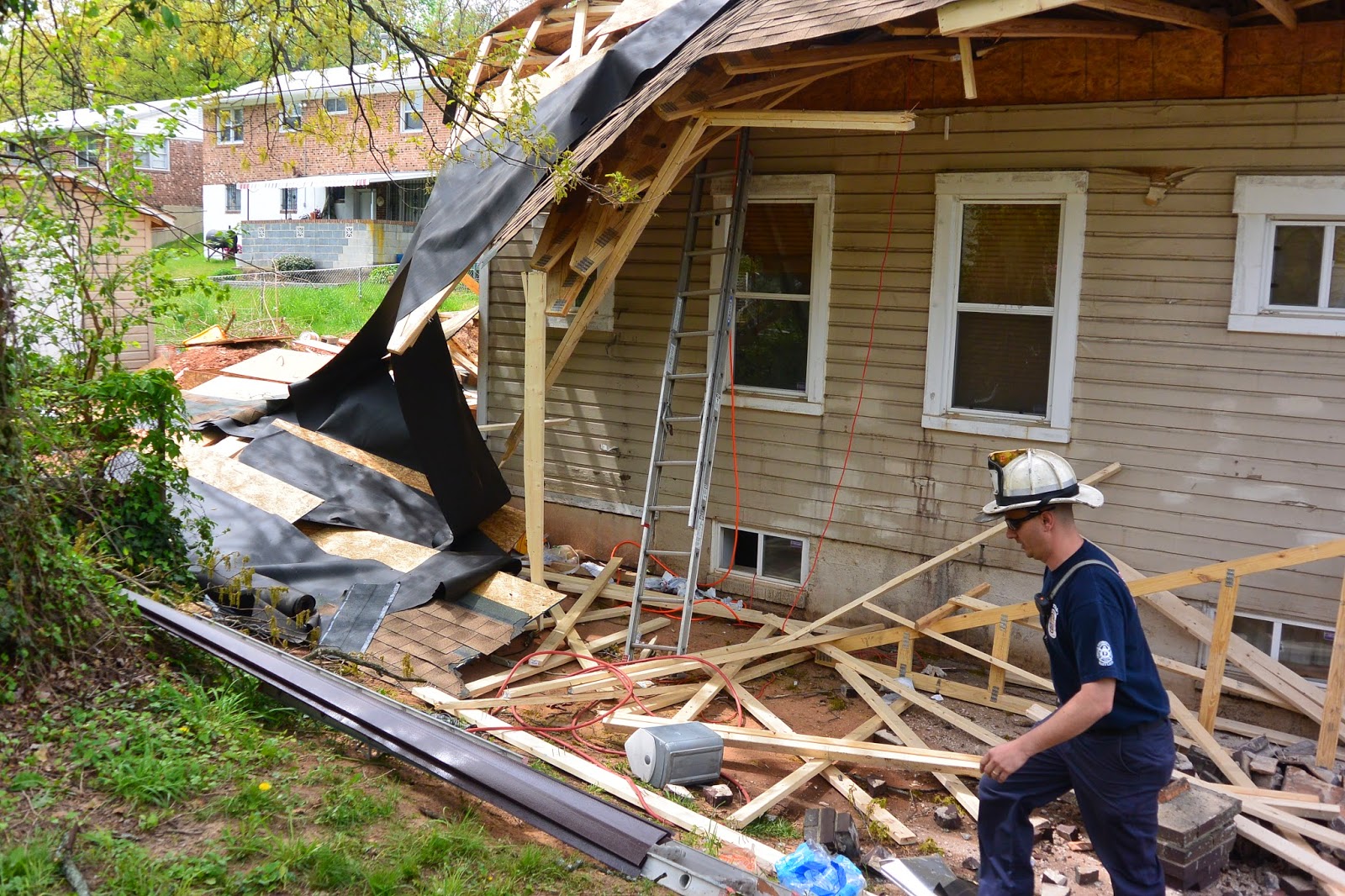 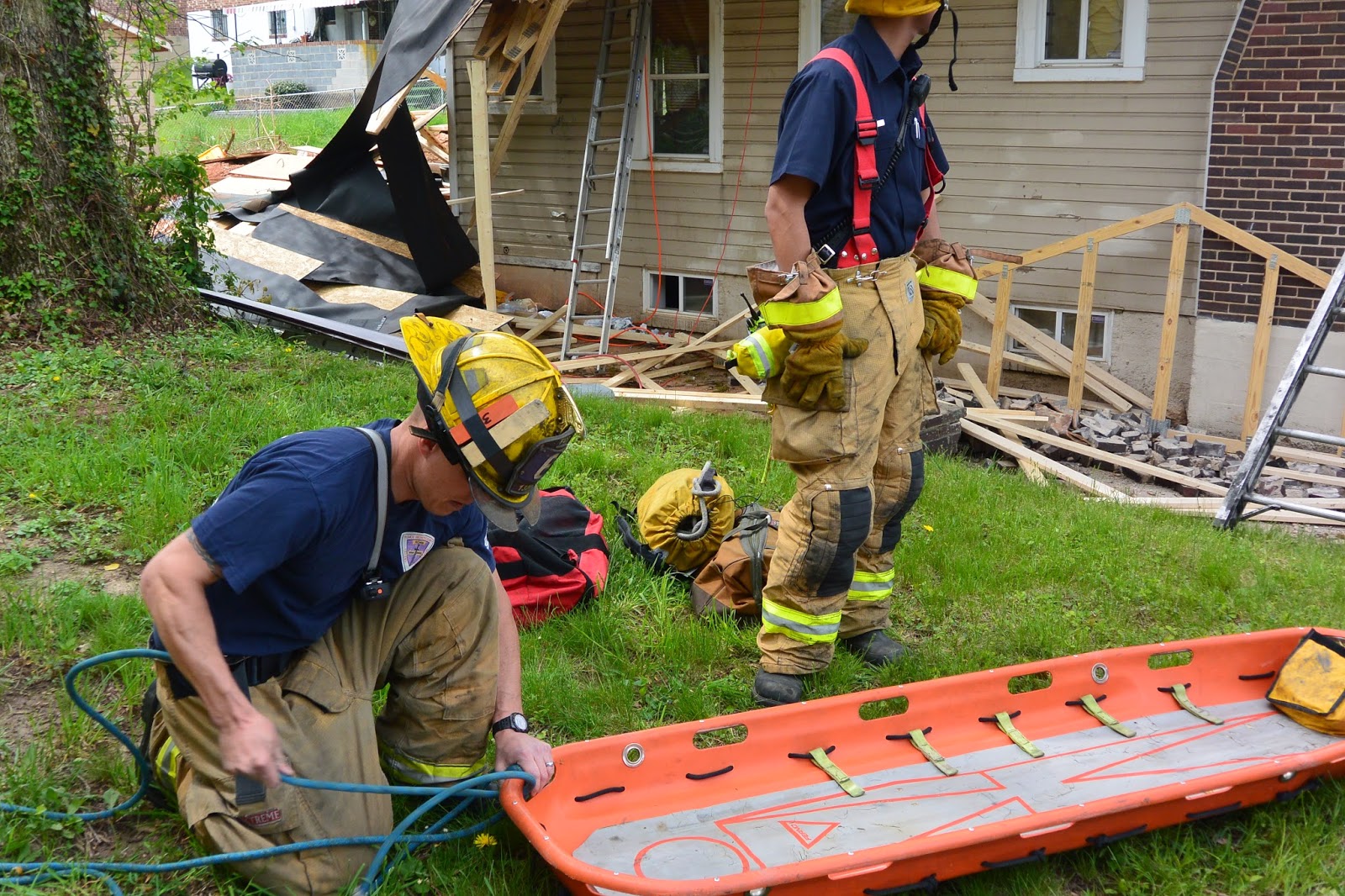 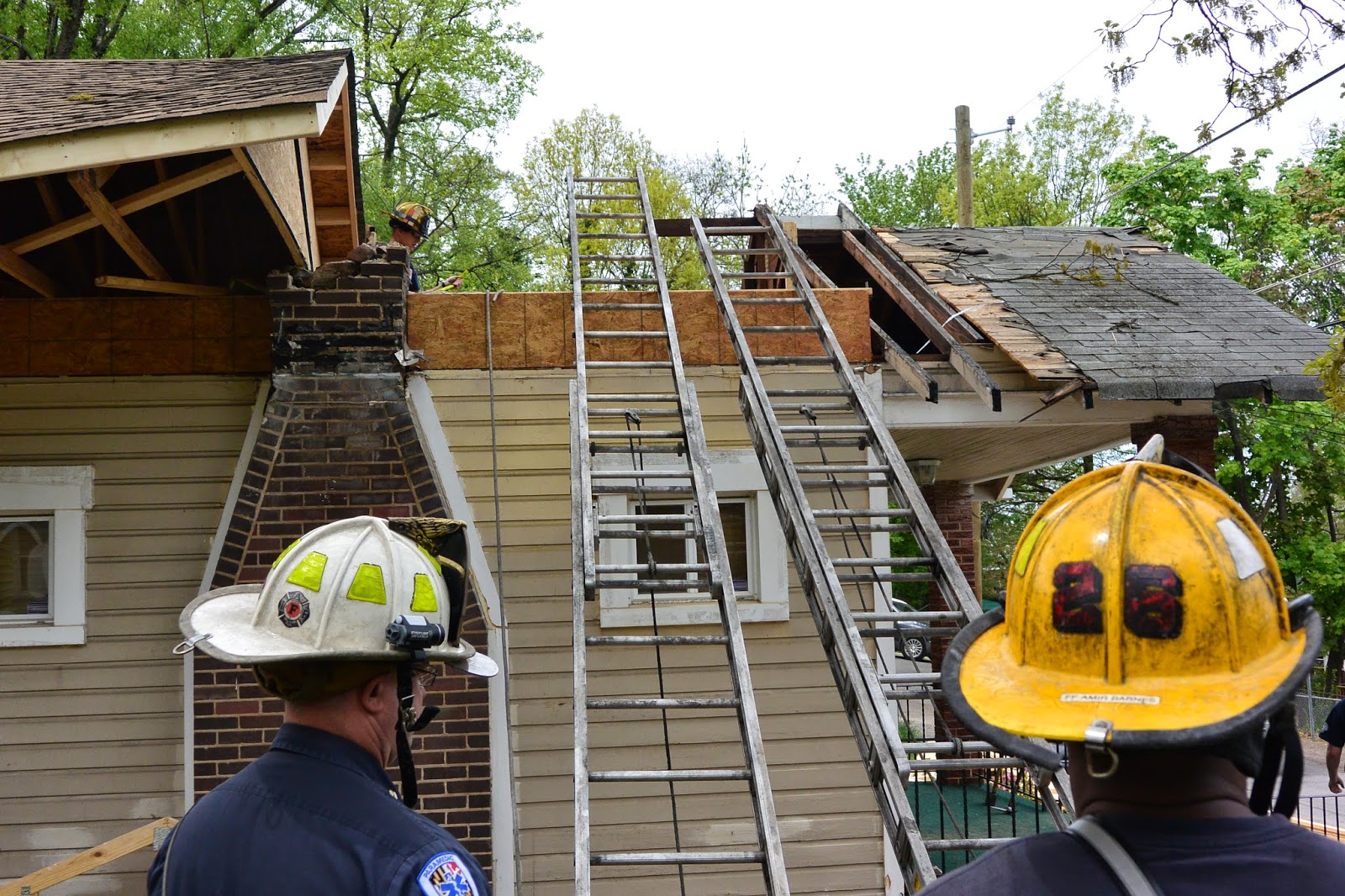 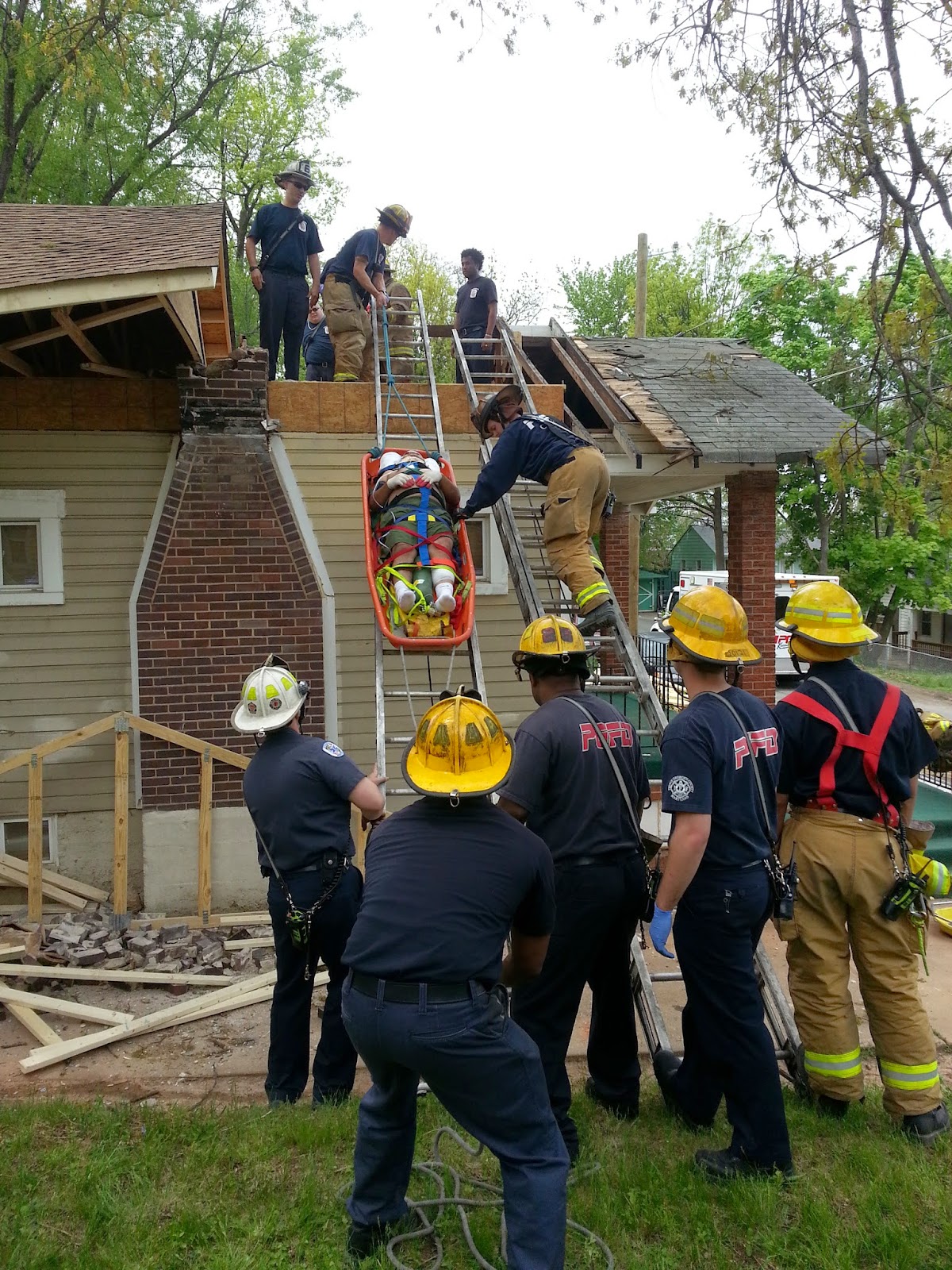 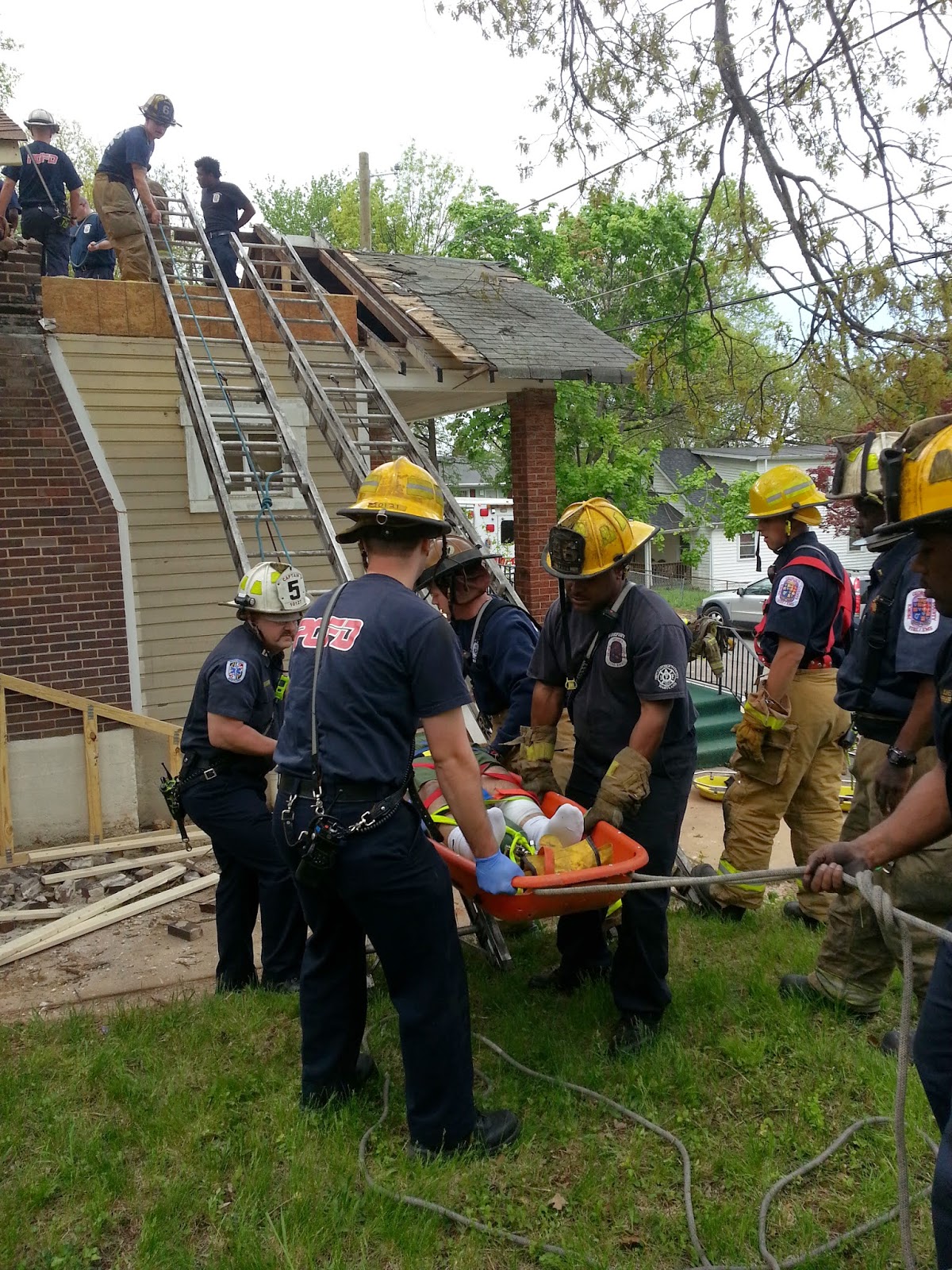 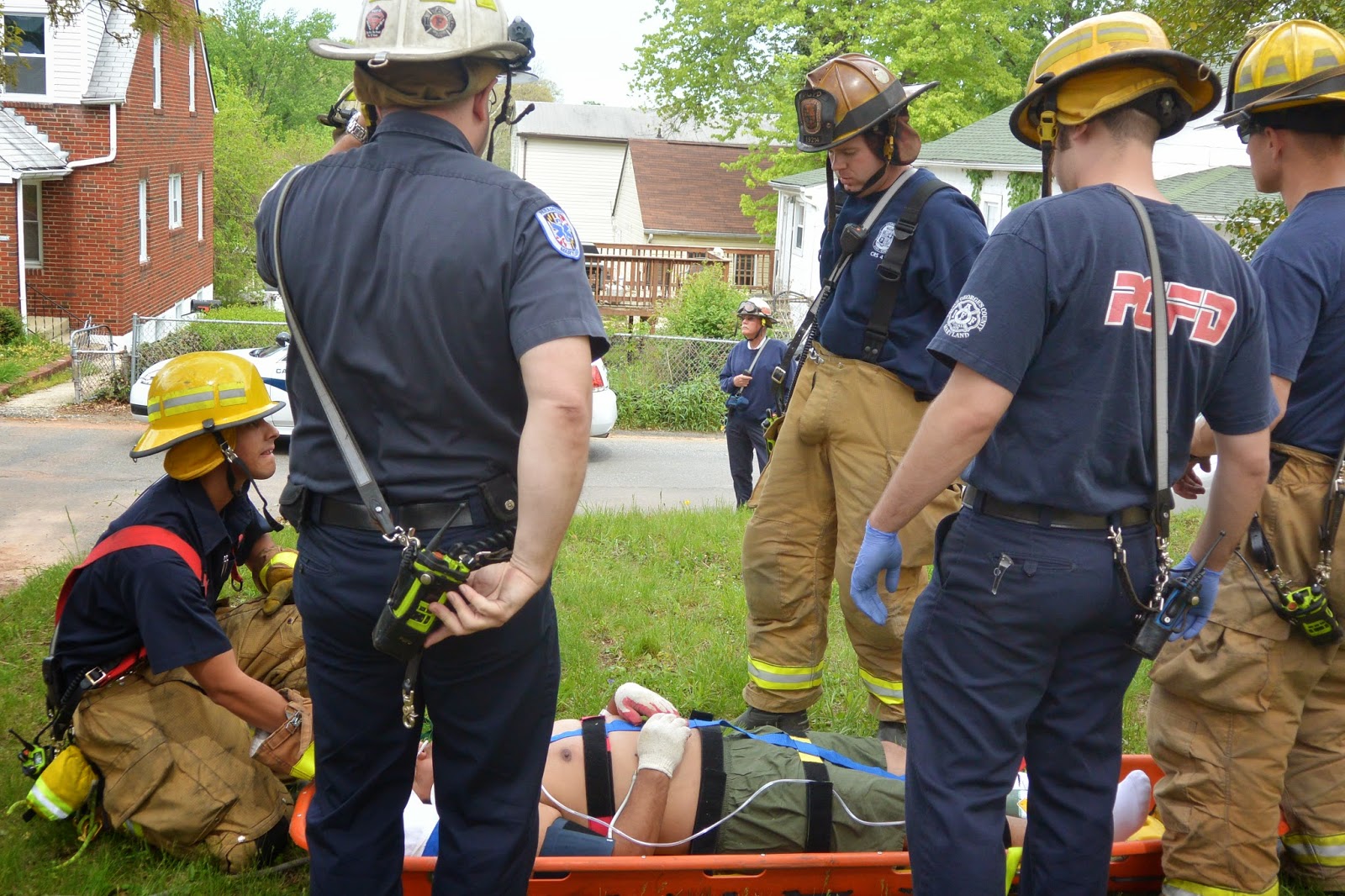 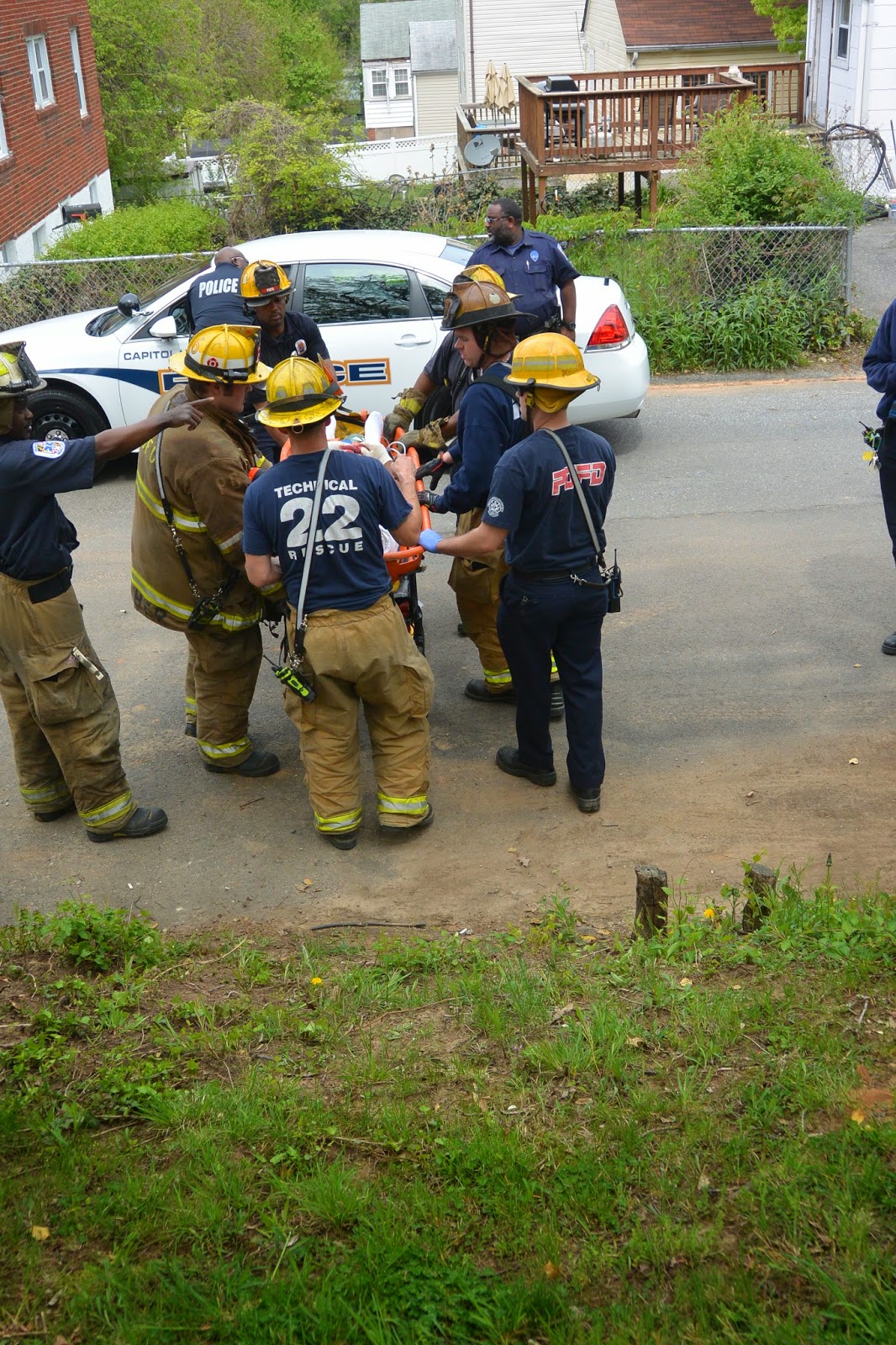 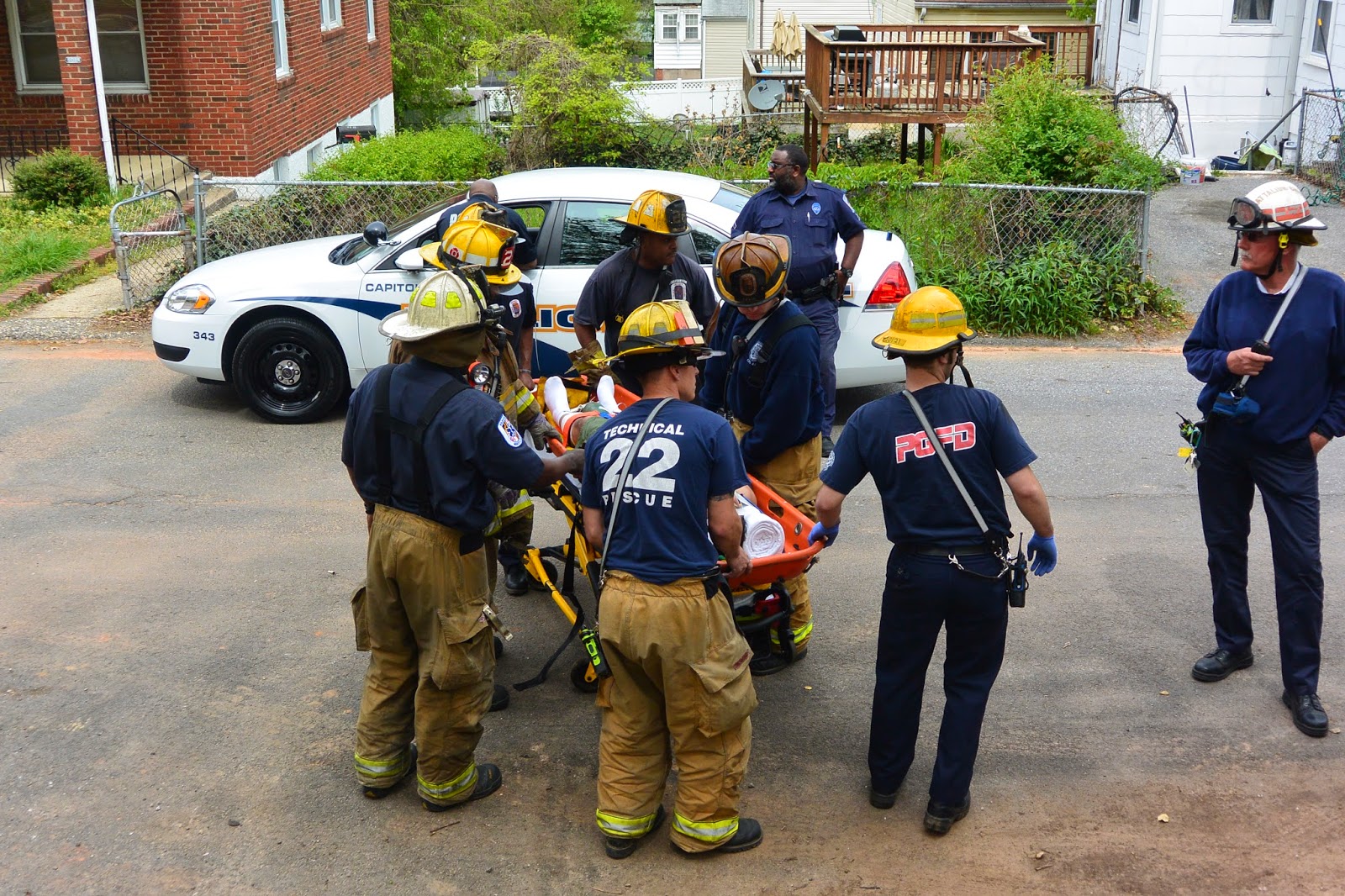 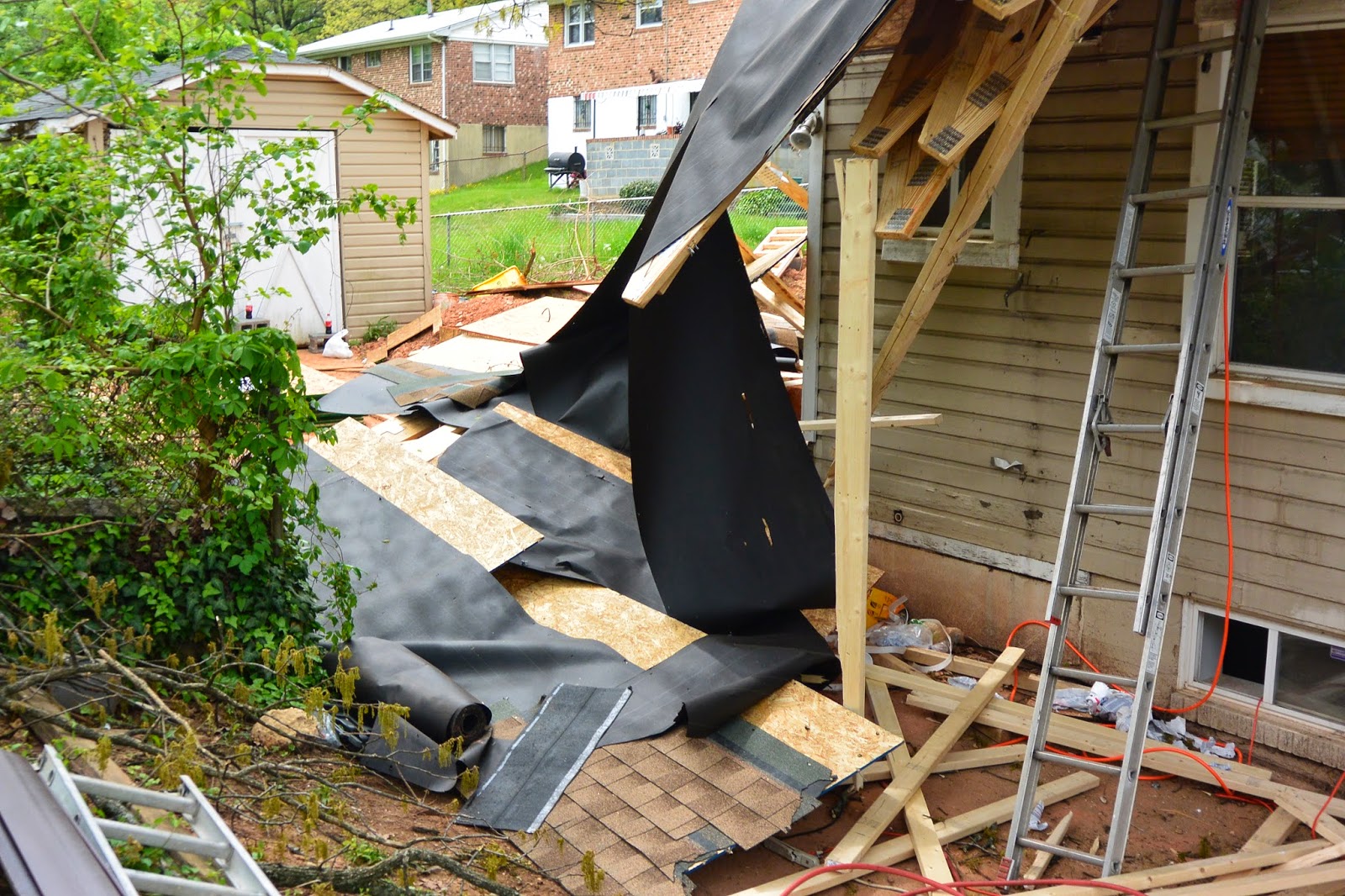 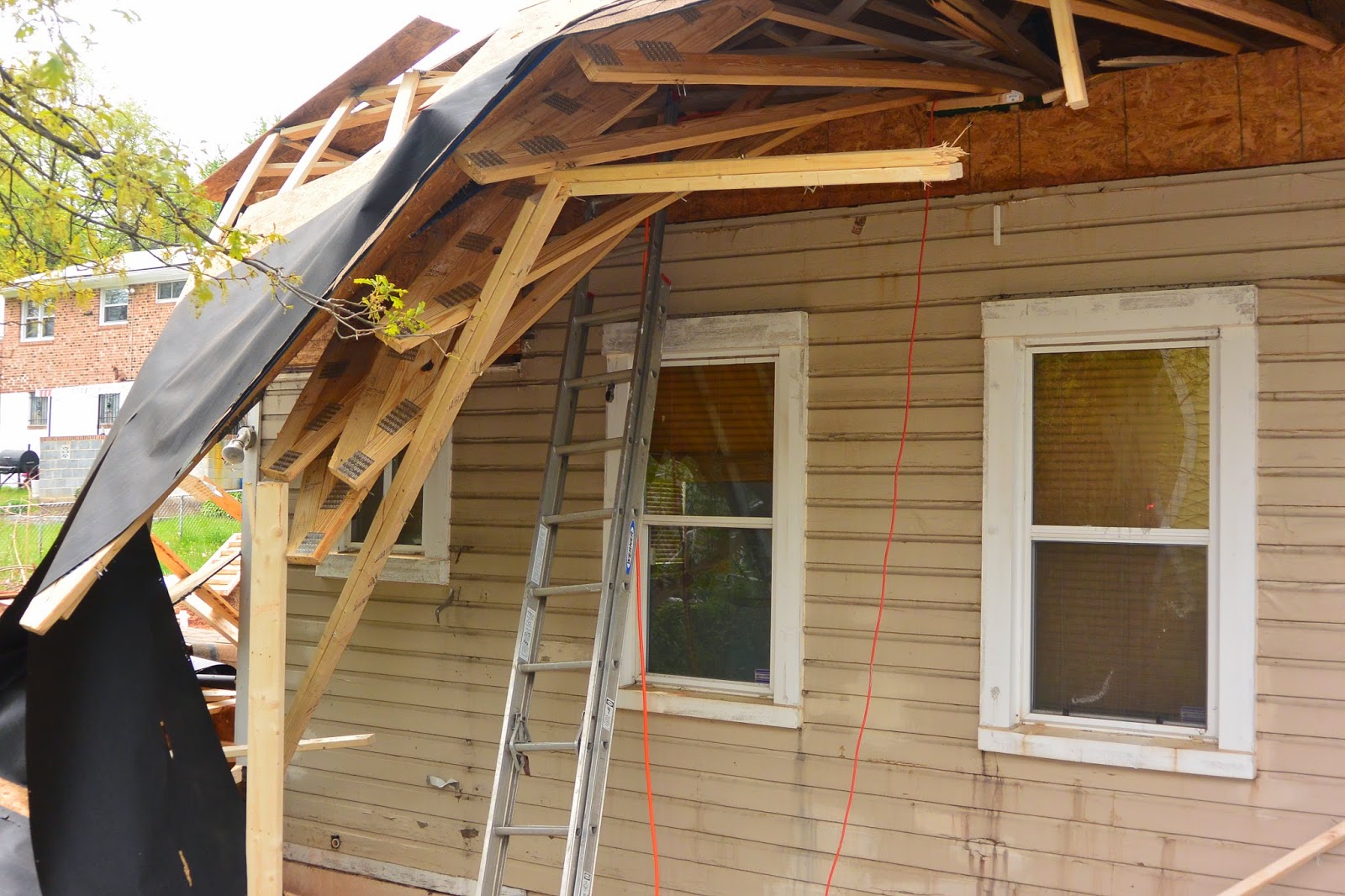 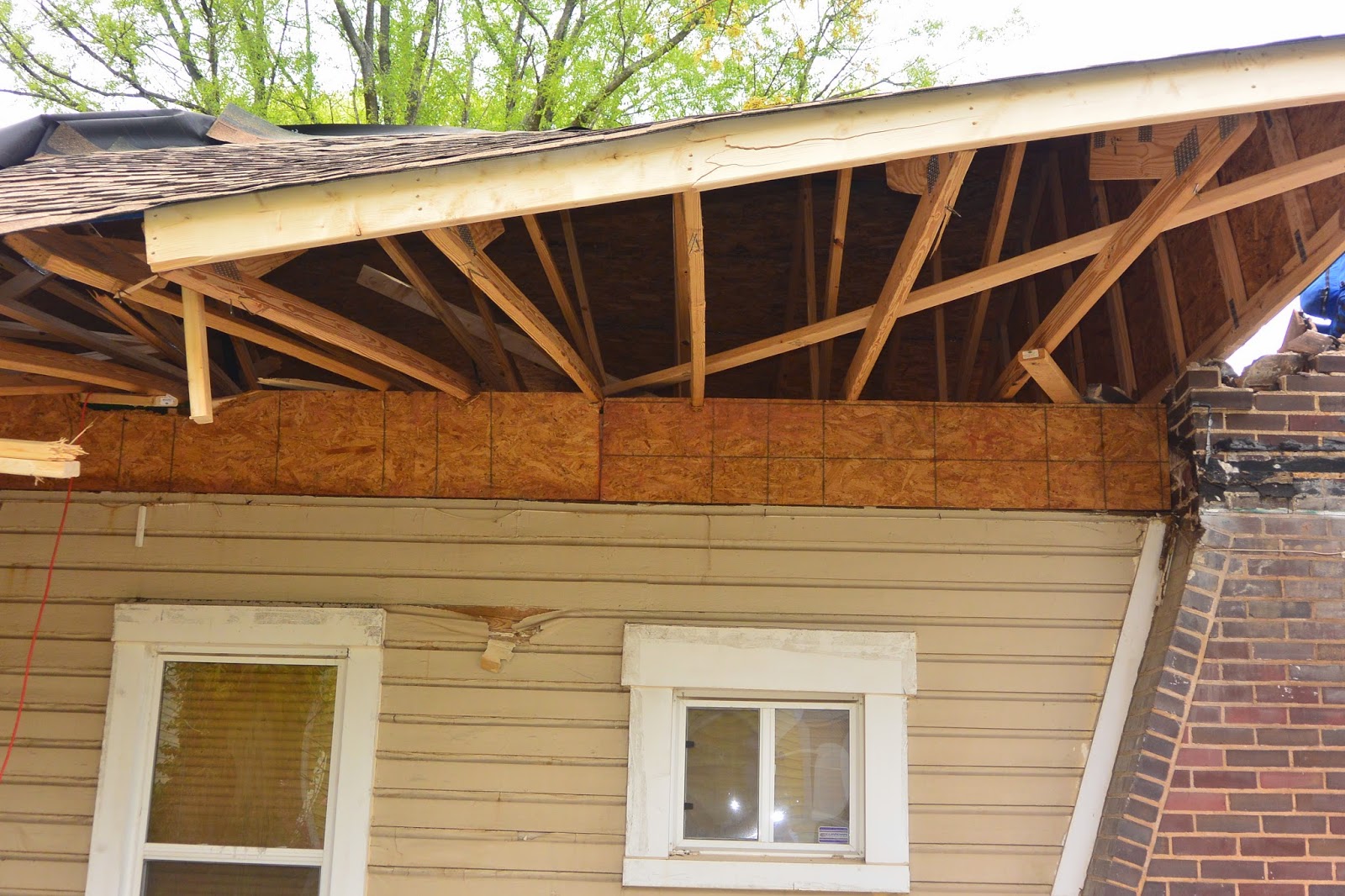 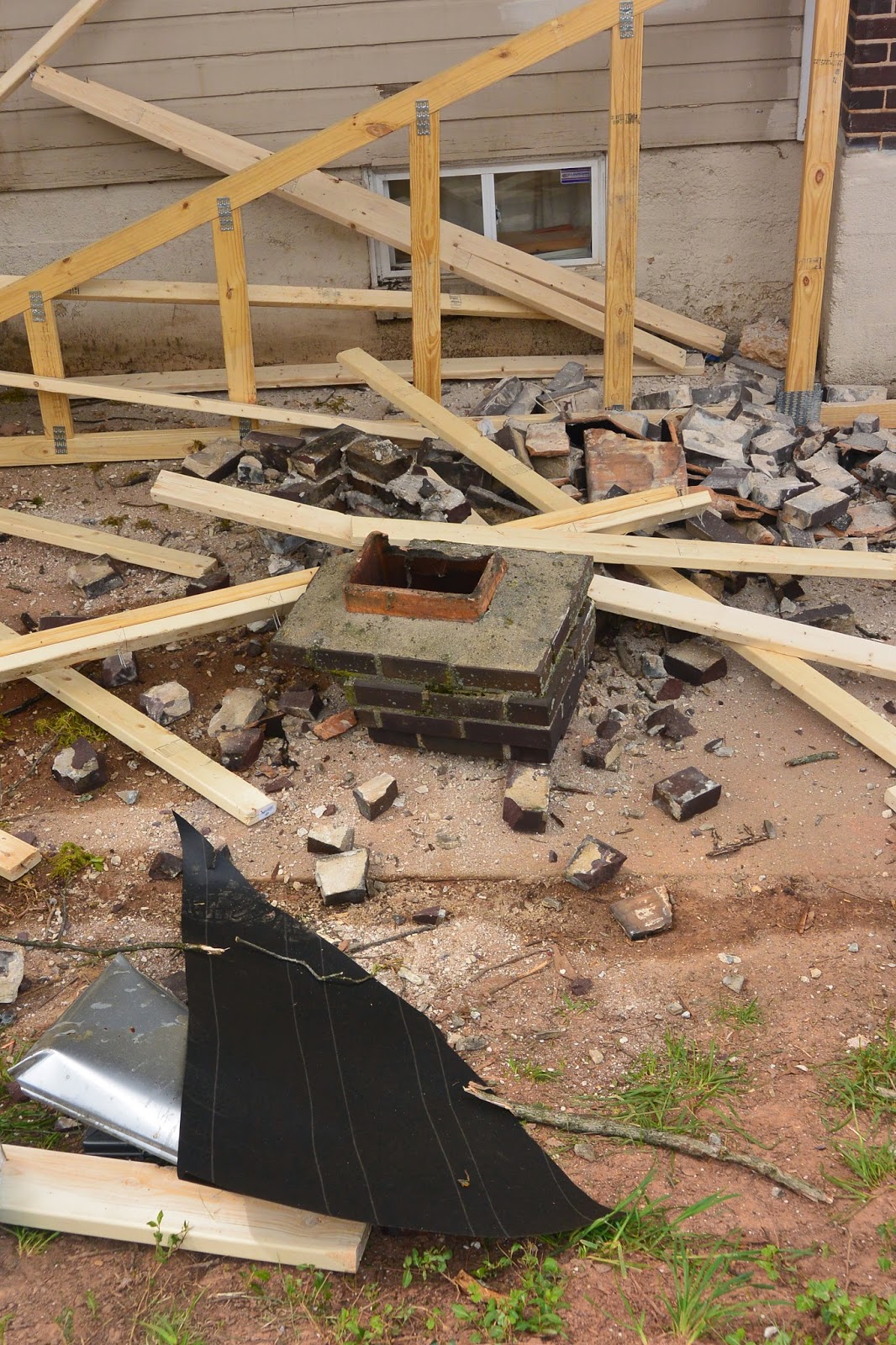 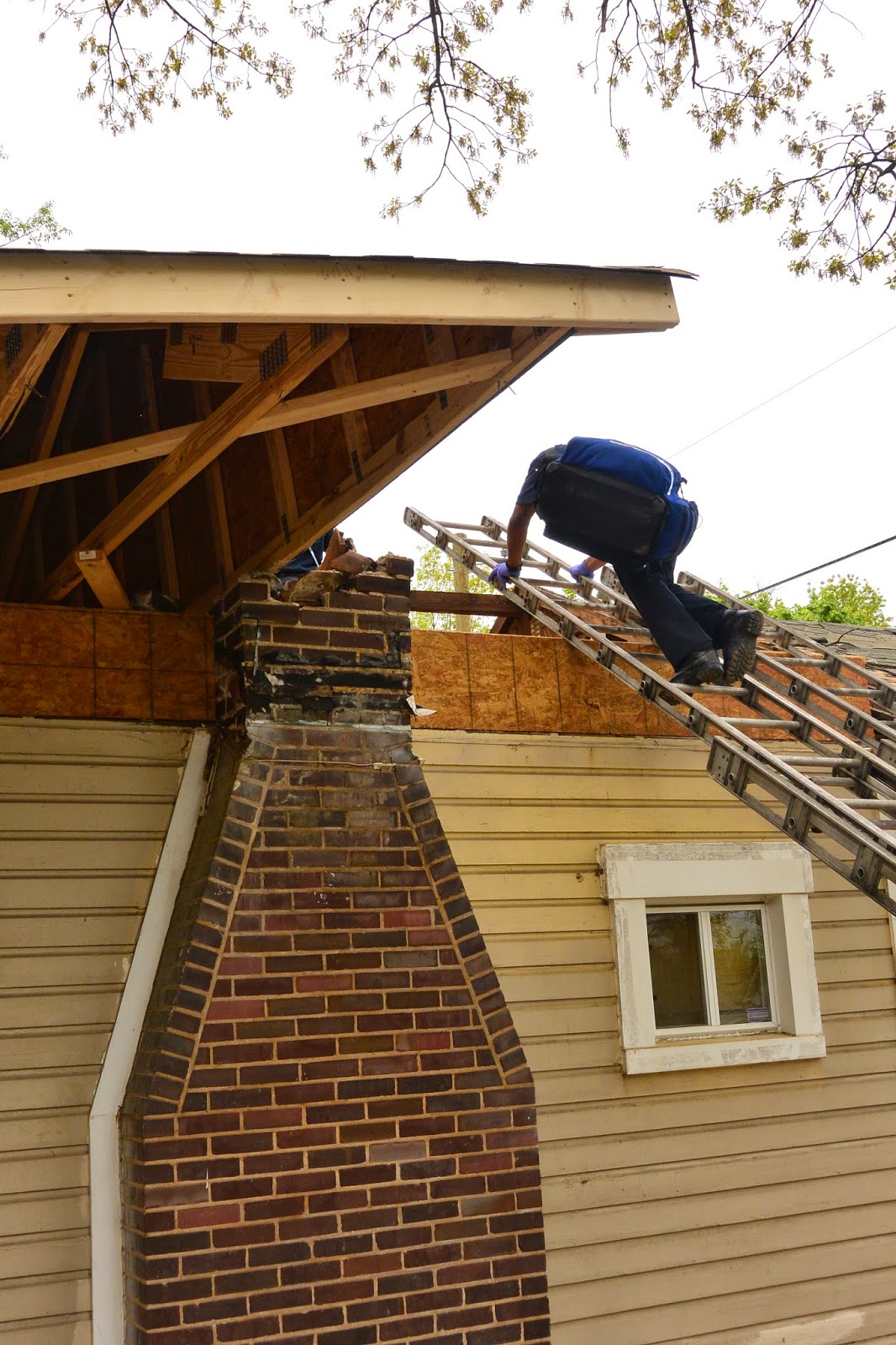 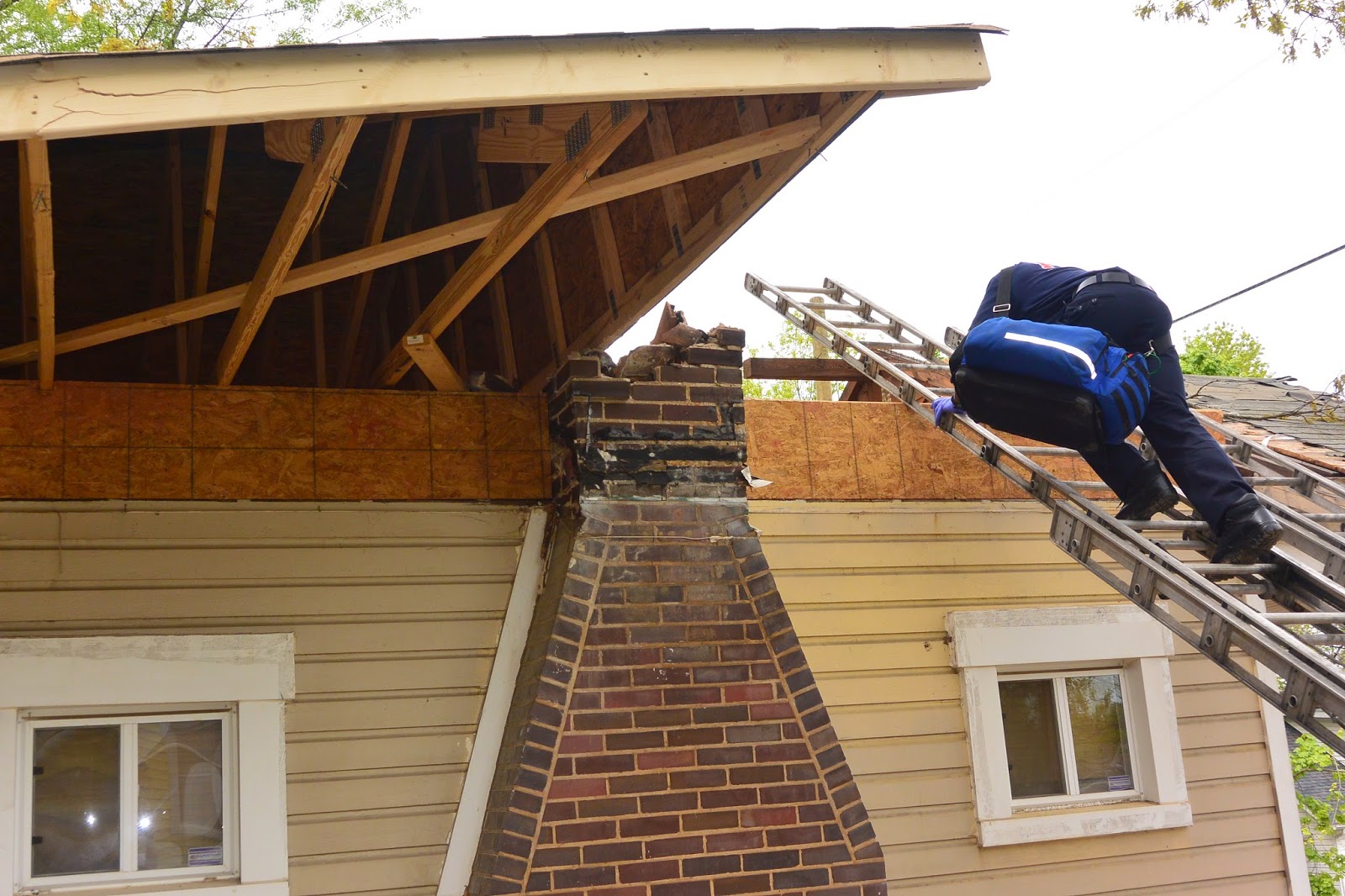 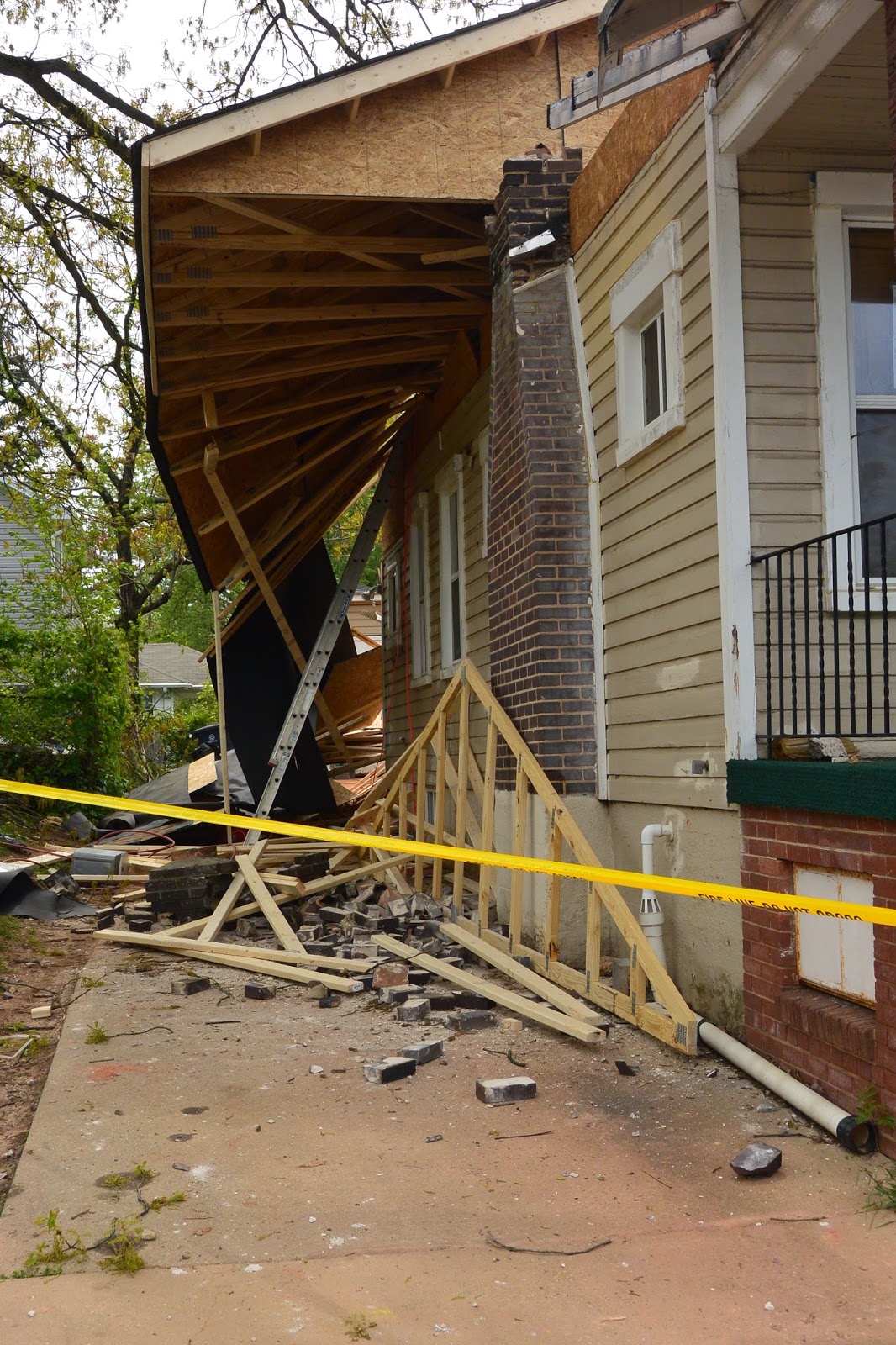 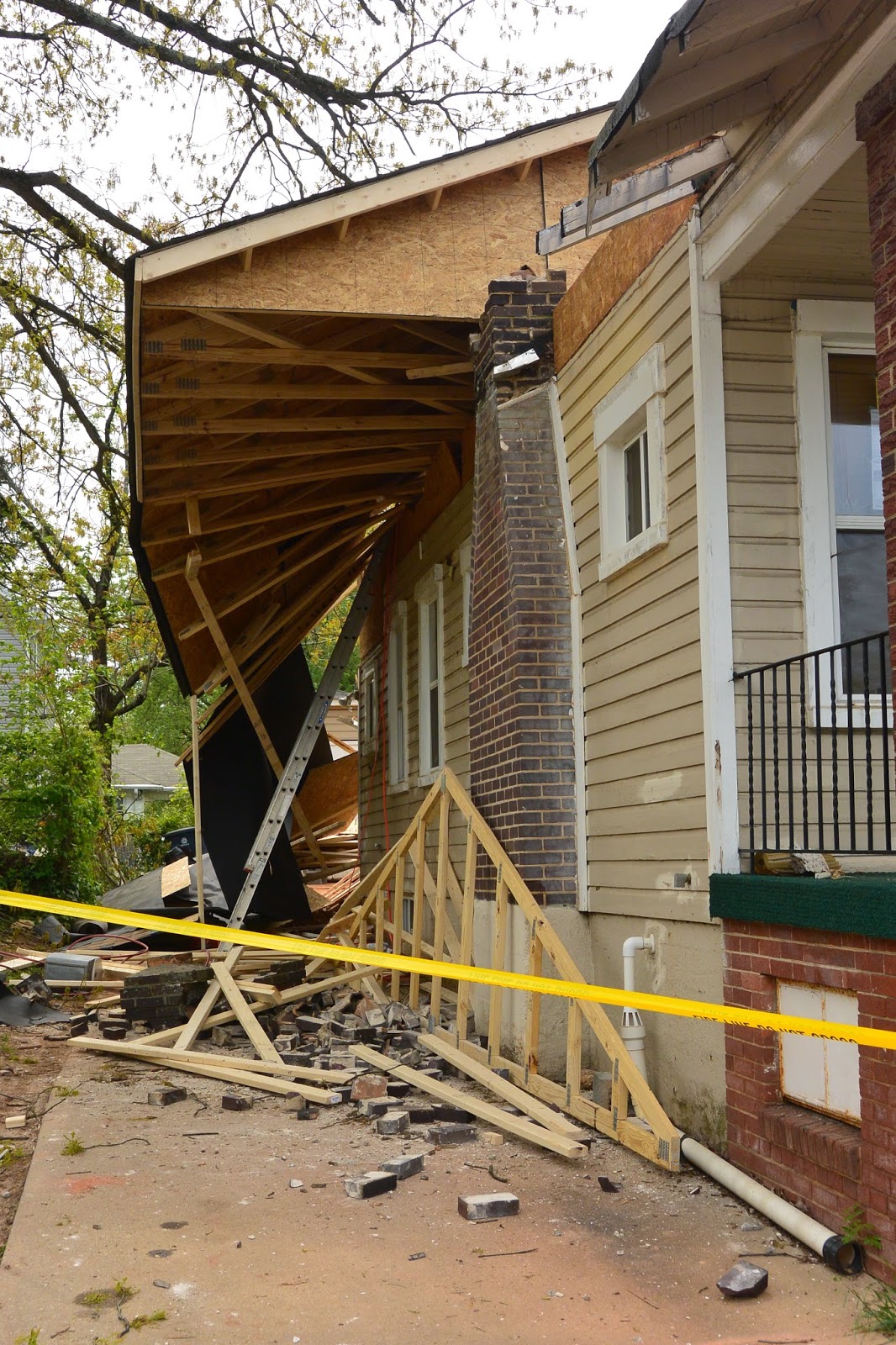 Posted by PGFD at 6:37 AM No comments: Links to this post